The School Safety Patrol is a popular student volunteer program that ensures the safety of children heading to and from school. Its history stretches back to the 1920s, when the United States realized it needed to protect pedestrians against the ever-growing number of cars populating the nation’s roads.

What is the School Safety Patrol?

The School Safety Patrol (also known as the Junior Safety Patrol) is a nationwide program that gets school-aged children involved in the safety of their fellow classmates. It assigns student volunteers to monitor crosswalks and let pedestrians know when it is safe to cross. They do not direct the flow of traffic. 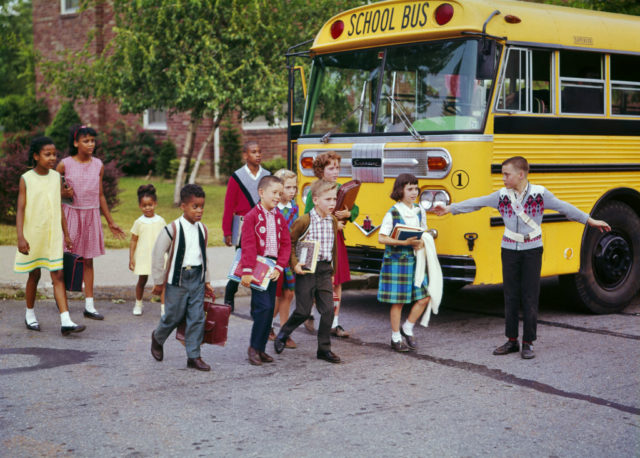 It’s estimated over 650,000 students from approximately 34,000 elementary and middle schools participate in the School Safety Patrol. Throughout the course of their time with the program, they have the ability to rise through the ranks, which include becoming sergeants charged with managing equipment inventories; lieutenants, who assist their captain and fill in for absent patrol members; and captains, who assign posts to patrol members and monitor their progress.

While the concept has been replicated in over two dozen countries around the world, it’s beginning to experience a slow decline in the US. This is because school districts have been hiring adult crossing guards, as they have a higher sense of authority over children and drivers.

Beginning of the School Safety Patrol

The earliest instance of the School Safety Patrol dates back to the 1920s, when vehicles were becoming more common. The production of cars was outpacing the development of infrastructure – traffic lights, stop signs – meaning drivers had little resources to navigate the road.

The lack of such infrastructure was two-fold. Drivers weren’t required to take a test to qualify for a license until the mid-1930s, and for the majority of history, crossing the road was often a spontaneous act. This was especially true for young children. 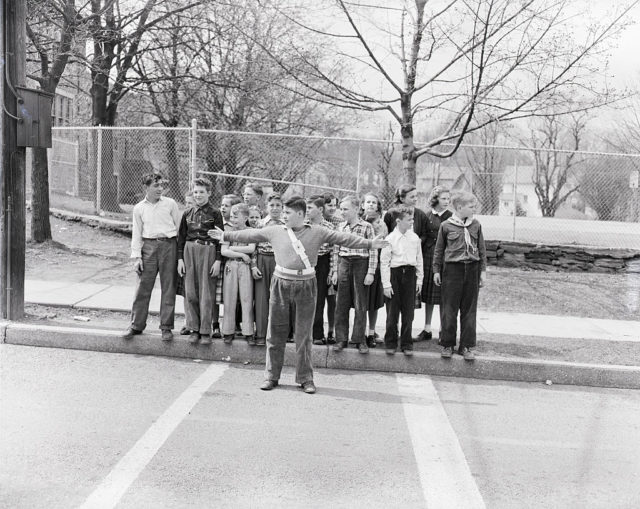 The lack of safety measures led school districts to implement their own practices. According to records, the first schools to create a version of the School Safety Patrol were in St. Paul, Minnesota. However, it wasn’t long before those in other states began to implement similar programs.

At the same time St. Paul’s schools were establishing their safety programs, so too was the American Automobile Association (AAA). The move was spearheaded by Chicago president Charles M. Hayes, after he witnessed a fatal traffic accident involving children. This incident spurred him to create a guide for children and adults to best navigate traffic. 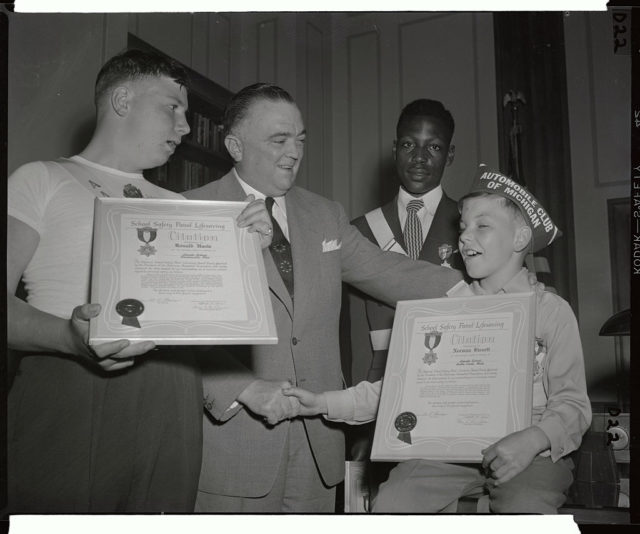 Hayes’ program caught the attention of the National Congress of Parents and Teachers, along with the National Safety Council. By the 1930s, it was a nationwide program. To raise awareness for the patrols, AAA held rallies and an annual parade in Washington, DC. The company even wrote the School Safety Patrol pledge, which reads:

“I pledge to report for duty on time, perform my duties faithfully, strive to prevent accidents, always setting a good example for myself, obey my teachers and officers of the patrol, report dangerous student practices, strive to earn the respect of followers.” 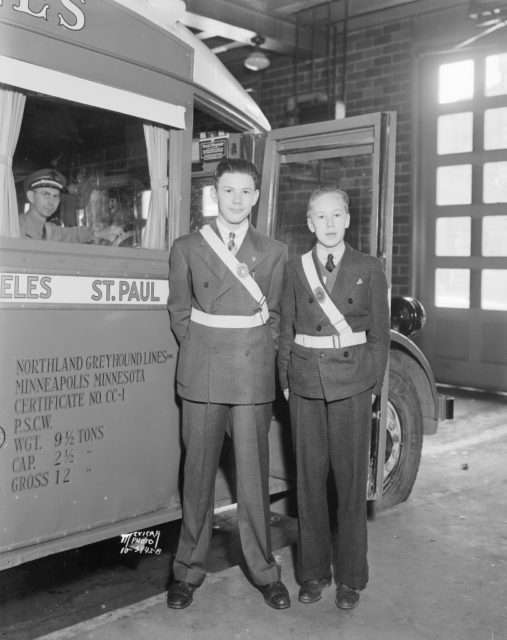 Members of the School Safety Patrol in Wisconsin on their way to the National Safety Patrol Conclave in Washington, DC, 1937. (Photo Credit: Angus B. McVicar / Wisconsin Historical Society / Getty Images)

Boys were initially the only ones allowed to serve as patrol members. However, this changed in the 1940s. Along with handheld stop signs, volunteers were given Sam Browne belts, diagonal shoulder straps named after the famed 19th-century British general. Browne is known for using a shoulder strap to steady his sword’s sheath after he lost his arm during combat.

The shoulder straps are still worn today, but are now designed with neon colors for better visibility.

More from us: Vintage Class Photos From the 1950s

Some members were also given garrison caps to wear, and all are presented with badges, which signified their rank. If you happen to still have yours, you might be sitting on a gold mine – the more-vintage badges have recently sold for hundreds of dollars!