Our Flag Means Death is a surreal yet salty saga of life on the ocean waves. It stars Rhys Darby as the bizarrely-named Stede Bonnet, with Taika Waititi as the infamous Blackbeard.

Is it so crazy though? Darby’s absurd “gentleman pirate” character is taken from the pages of history. There actually was a Bonnet. And his adventures were equally attention-grabbing.

Born into privilege in Barbados in 1688, you might think Bonnet had it all. Money, respect (albeit from a thriving plantation business), a wife and family… this Barbadian bigwig had brains and booty to spare. However, he was far from content with his lot. 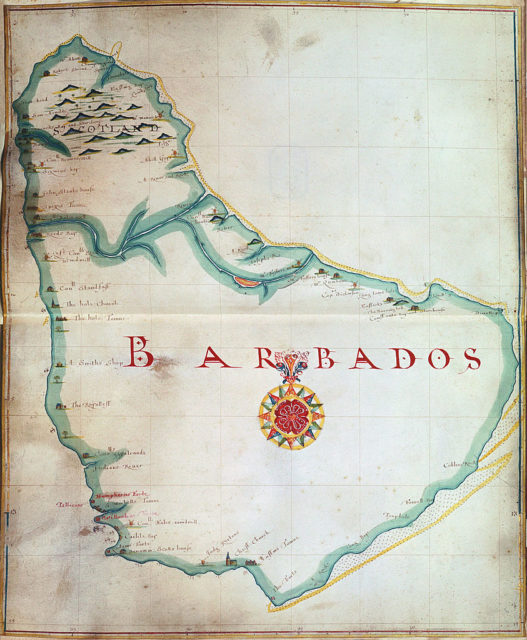 Map of Barbados, 1683. Barbados was first settled by the British in 1627. From the British Museum. (Photo Credit: Ann Ronan Pictures/Print Collector/Getty Images)

Bonnet wanted to become a pirate. It isn’t known exactly why. In their overview of his life, Smithsonian Magazine and others highlight a possible mental disorder. There was also the not inconsiderable matter of Bonnet having Jacobite sympathies. With King George I cocking a major snoop at James Stuart in the Bonnet family bosom of England, this aspiring plunderer may have been riled.

Smithsonian Magazine quotes historian Colin Woodard, whose book The Republic of Pirates shines a light on the so-called Golden Age of Piracy (1650 – 1730). He speculates on the Jacobite connection – stating it was a popular position among sea dogs – as well as the idea of pirates fighting the establishment.

“People saw pirates as Robin Hood figures,” he says, “socking it to the man on their behalf.” Bonnet was the man in question, making his decision even more fascinating. Smithsonian notes that piracy was “a lifestyle, a profession and a political cause.” Whatever his reasons, he had plenty of motivation. 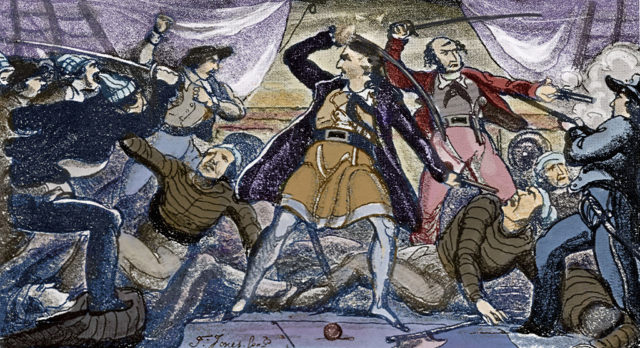 Fight on a Pirate Ship, print. Pirates fighting with swords on the deck of a ship. Colourised version. (Photo Credit: Culture Club/Getty Images)

As described by Barbados and the Carolinas Legacy Foundation, he set up his own floating enterprise in the shape of the Revenge during the early 18th century. This sloop was purchased under the radar, though everything about the sale was above board!

Packed with no fewer than 70 souls of questionable morality and 10 guns, he set off to wreak havoc on the water. How did he get on? It’s safe to say that Bonnet’s career switch proved a mixed bag.

What sort of pirate was Stede Bonnet?

The trailer for Our Flag Means Death presents Bonnet as a ludicrous land lubber shoe-horning himself into the world of rum and muskets. No doubt some saw him like that but the reality is more surprising.

He certainly lacked experience and was effectively “the guy who bought the boat” at first. Despite this, he scored some success during his very first outing. The Barbados and the Carolinas Legacy Foundation notes that “Off the Virginia and Charles Town coasts Bonnet captured several vessels.” These were then torched “to prevent word of his involvement from reaching home.”

Maybe Bonnet was good at this pirate lark after all. Yet his mettle would ultimately be tested by one of the Golden Age’s biggest beasts – Edward Teach, aka Blackbeard.

Like Bonnet, Blackbeard was kind of a self-made monster. He started at the bottom and hacked his way to the top. While he lacked Bonnet’s private income, he had more in common with the gentleman pirate than first thought. Not that Blackbeard saw Bonnet as an equal. He didn’t get to where he was that day by making friends.

The pair traveled together, Bonnet aboard the Revenge and Blackbeard on his vessel, the more elaborate Queen Anne’s Revenge. Or rather Bonnet on Blackbeard’s ship, where alternative accommodation was provided. He’d effectively been sidelined and replaced at the wheel by one of Teach’s crew. By the sounds of things this suited Bonnet, who was probably overwhelmed. 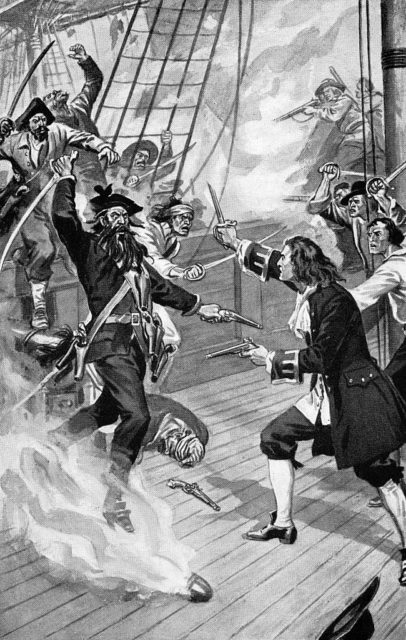 Naturally, Blackbeard ditched Bonnet, distracting him with a fairy story about a pirate amnesty before heading off with their joint booty haul.

A most unusual pirate

Following the betrayal, Bonnet’s attitude seemed to harden. He blackened his heart, set his sights on Teach, and waged a campaign of violence and plunder. This got him noticed by authorities.

By 1718, the Revenge was cornered by Col. William Rhett, operating under orders from South Carolina’s governor. Smithsonian Magazine notes how Bonnet’s bold defiance had cold water poured on it by his crew. They mutinied and handed him over. 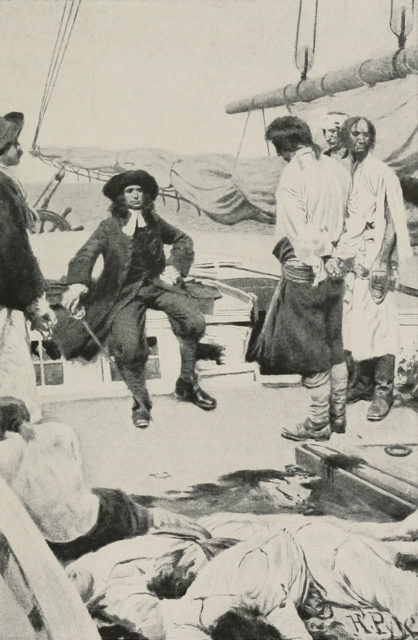 Stede Bonnet met his end by the hangman’s noose that December. It was reportedly a sad and desperate end, with Bonnet’s facade cracking under pressure.

Co-starring Kristian Nairn (Game of Thrones), Rory Kinnear (No Time To Die) and Ewen Bremner (Trainspotting) among others, it debuts on HBO Max in March 2022.

More from us: These Depraved Pirate Punishments Would Make Captain Jack Sparrow Shiver His Timbers

This isn’t the first fictional depiction of Stede Bonnet, by far. Tim Powers included him in his 1987 novel On Stranger Tides. The book was later adapted for Captain Jack Sparrow and the fourth Pirates of the Caribbean movie (2011).

He is also part of the Assassin’s Creed game franchise, as well as appearing in the 1941 classic The Devil and Daniel Webster.