He was an eccentric English artist who redefined the cat through his drawings. Louis Wain may have suffered from mental health issues, however, he produced his most famous works while institutionalized.

As a new exhibition opens, and a new film is released starring Benedict Cumberbatch, the time is right to explore the electrifying story of Louis Wain.

An exhibition to make you purr

Animal Therapy: The Cats of Louis Wain takes place at Bethlem Royal Hospital in London beginning this month. Located at the hospital’s “Museum of the Mind,” it hopes to spark fresh interest in an individual who used to be a household name from the late 19th century through to his passing in 1939 at the age of 78. 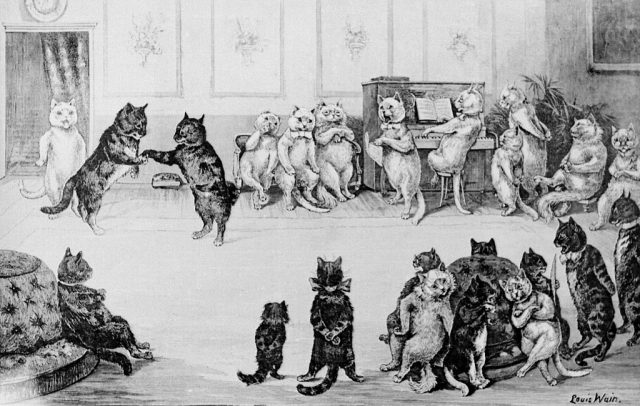 Writing about the exhibition, The Guardian refers to Wain’s “gleeful and often outlandish creatures,” adding that his output showed the “therapeutic and restorative effect that closeness with animals can have on a person’s mental health.”

Louis Wain was a patient at “Bedlam”

Bethlem Royal is the oldest psychiatric hospital in the world. It also gave rise to the famous word “Bedlam,” which has been used to symbolize mental illness for better or worse. Wain spent time there, among other institutions. 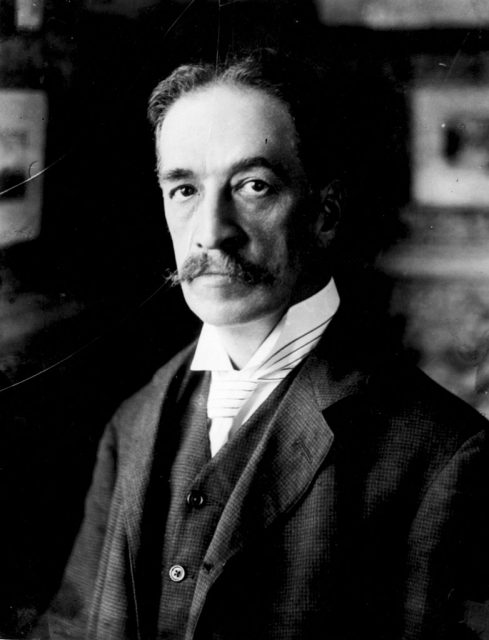 He was originally diagnosed and sent to Springfield Hospital, Surrey in 1924. However, he would soon reach Bethlem Royal, thanks in no small part to then-British Prime Minister Ramsey Macdonald.

A fan of Wain, he “later arranged for the Wain sisters to receive a small Civil List pension in recognition of their brother’s services to popular art,” according to the Museum of the Mind website.

What was Louis Wain suffering from? Schizophrenia has been identified, though Michael Fitzgerald also suggested ASD (Autistic Spectrum Disorder) in a 2002 piece for the Journal of Psychological Medicine. Wain’s youngest sister was reportedly committed to an asylum when he was 30. 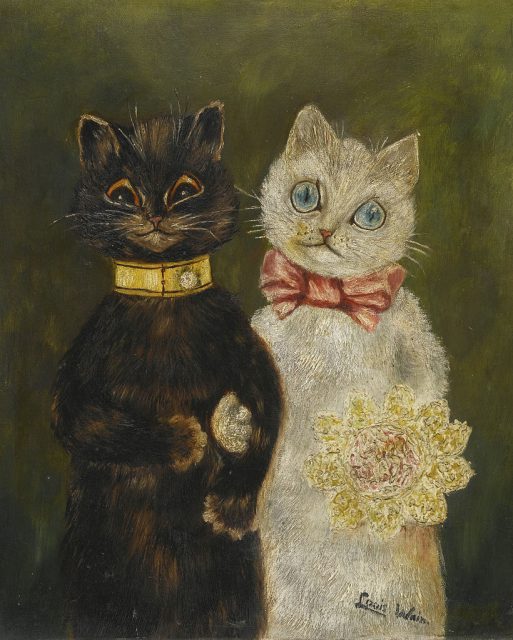 His well-known works, as highlighted by The Guardian, include A Cricket Catastrophe (1914) and Cats with Plum Pudding, for which the canvas was a hospital mirror.

Another admirer was author H.G. Wells, who stated that Wain “invented a cat style, a cat society, a whole cat world.” He quipped that non-Wainified cats “are ashamed of themselves.”

Wain’s life and its “electricity”

There was, of course, more to Louis Wain than the animal kingdom. As The Art Newspaper puts it, “His passions were electricity, his wife (once his family’s governess) and cats, his subject of choice.” 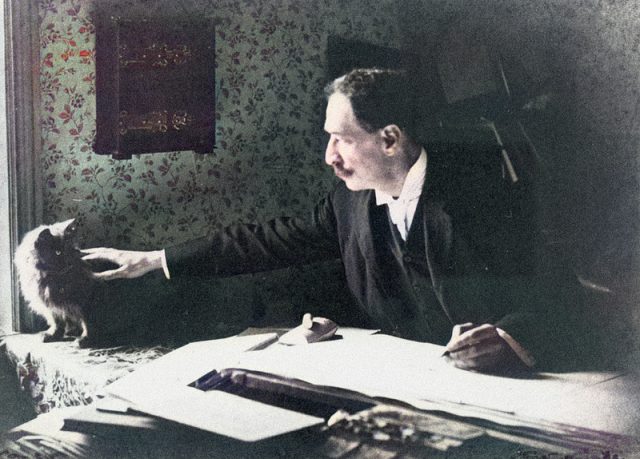 He married Emily Richardson in 1883, who was significantly older than him. Sadly, she died from breast cancer that same decade.

Wain ended his days at the Napsbury Hospital in Hertfordshire. The place reportedly had a cat colony, providing the artist with hours of inspiration.

The great man has recently received a cinematic tribute, care of director Will Sharpe and Film4. Sharpe’s The Electrical Life of Louis Wain stars Benedict Cumberbatch as Louis and Claire Foy as Emily. 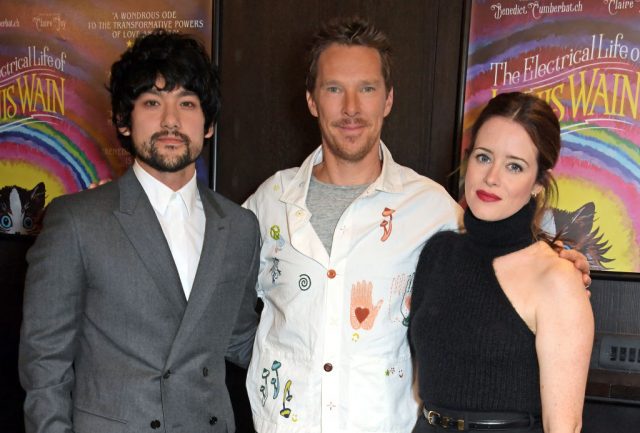 Will Sharpe, Benedict Cumberbatch and Claire Foy attend a special advanced screening of “The Electrical Life of Louis Wain” ahead of its 2022 release at Regent Street Cinema on October 10, 2021 in London, England. (Photo Credit: David M. Benett/Dave Benett/WireImage)

Speaking about the movie to Deadline for their Contenders Film: Los Angeles event, Cumberbatch believes the title has a double meaning – electricity being both a natural and personal kind of energy.

More from us: The 19th Century Con Artist Who Sold A Fake Country

The personal is represented in his relationship with Foy’s character. “That’s the flow, that’s the course that runs through his entire life,” he comments. “And, of course, it’s all from Emily.”

Animal Therapy: The Cats of Louis Wain runs till April 2022. The Electrical Life of Louis Wain is currently available to stream on Amazon Prime.

« Sir Paul McCartney Once Made a Comment to Phil Collins And Believe Us It Was NOT Appreciated
Living the High Life: Vintage Lifestyles of the Rich And Famous »