The Bizarre Diets and Fitness Trends Of Old Hollywood Stars

Today, Hollywood celebrities are notorious for influencing the public to try out their fad diets or weight-loss pills. Their fitness routines and eating habits are splashed across the pages of magazines and social media, making it difficult to escape the “healthy” habits of Hollywood stars. Although some fitness programs undertaken by celebrities today might seem bizarre, they’re nothing in comparison to the wellness routines of Old Hollywood. Classic Hollywood stars tried some truly odd tips and tricks to make sure they looked their best.

Dancing was (and still is) great exercise 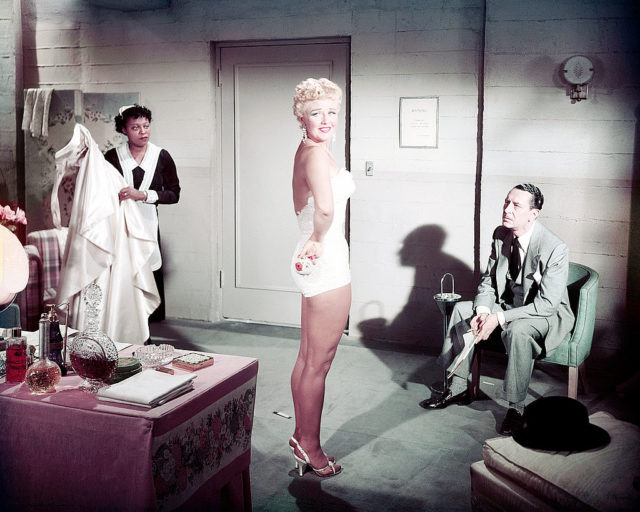 For many people, working out isn’t necessarily the most enjoyable pastime in the world. And apparently, the traditional way of working out wasn’t super fun for some Old Hollywood actresses either. Both Betty Grable and Rita Hayworth both kept in shape by dancing.

Betty Grable was known for her “million-dollar legs” throughout the 1940s. To keep those famous legs toned, she trained them through dance. She also exercised with a fun, dance-like move called “bird-pecking” in order to avoid getting a double chin. “Bird-Pecking” involved a person pushing out their lips (like a modern-day “duck face”)  and pushing their neck forward. This movement slightly resembles a pecking bird, hence the name of the exercise. 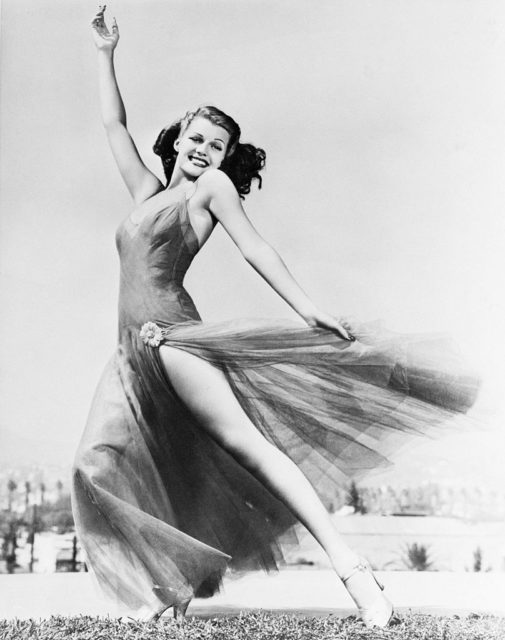 Rita Hayworth also used dancing as a way to stay in shape. Hayworth was trained as a dancer before she began making movies. Once she became an actress, she revealed that she danced up to eight hours a day to keep slim. When she wasn’t dancing, Rita Hayworth participated in an early form of aerobics called the Bagot Stack Stretch and Swing System. She also was cautious of what she consumed. Hayworth never ate greasy food and avoided bread and pastries. 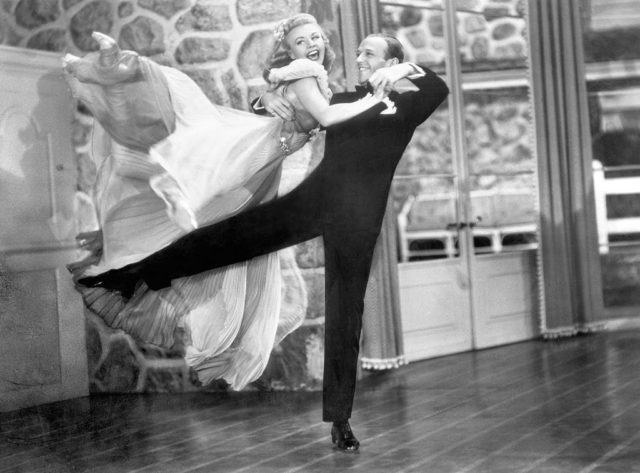 For some Hollywood starlets, dancing was used to justify a cheat meal. Academy award winner Ginger Rogers was known for her dance skills that were on display in films made with Fred Astaire in the 1930s. Rogers worked on intense dance choreography multiple times a day with MGM’s in-house trainer, Donald Loomis. Her hard work justified her indulging in her favorite meal as a reward – southern chicken and gravy. That’s quite an incentive! 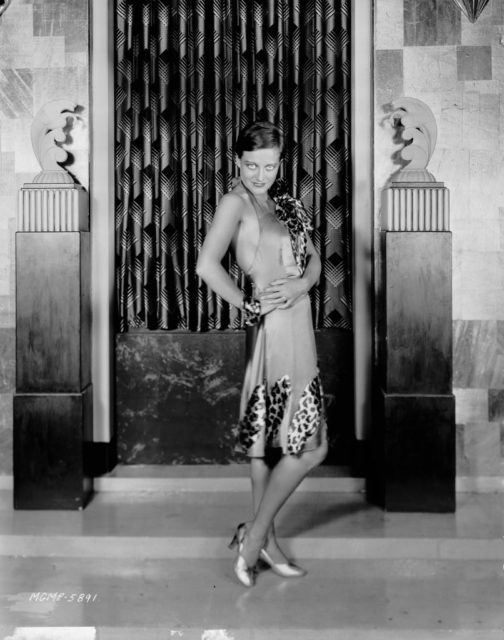 For one thing, classic Hollywood stars worked extremely hard to be in a calorie deficit. Many of them did this by eating very little food. An article published in the magazine Photoplay in January 1929 breaks down what actress Joan Crawford ate in a day. The writer claims that Crawford had a lunch of just “a spoonful of cold consommé, a dish of rhubarb, and a half dozen crackers thickly spread with mustard.” And this was every day after performing! 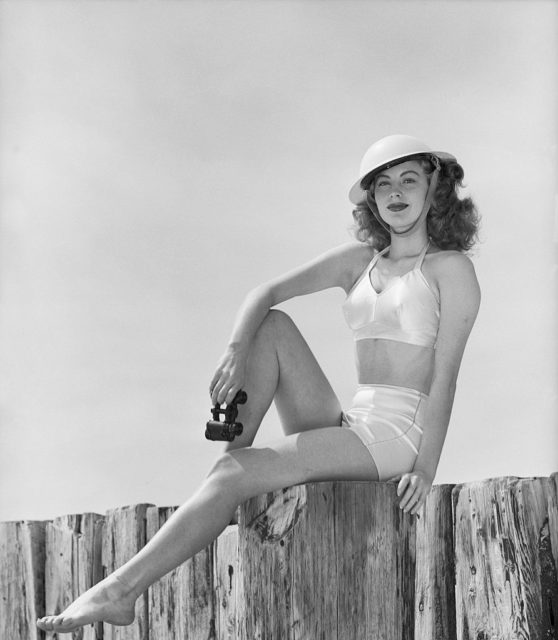 On the other end of the bizarre food spectrum was actress Ava Gardner. While many Hollywood actresses dieted and attempted to stay in a calorie deficit, Gardner’s meals consisted of our favorite foods – carbs, sugar, butter, and dairy. She ate a high caloric diet because of her “nervous stomach,” which prevented her from eating normally. She also didn’t gain weight because of her busy schedule, which made her forget to sit down and have a meal. Thus, Gardner ate those high-calorie foods to counter the times when she was unable to, or forgot to, eat. 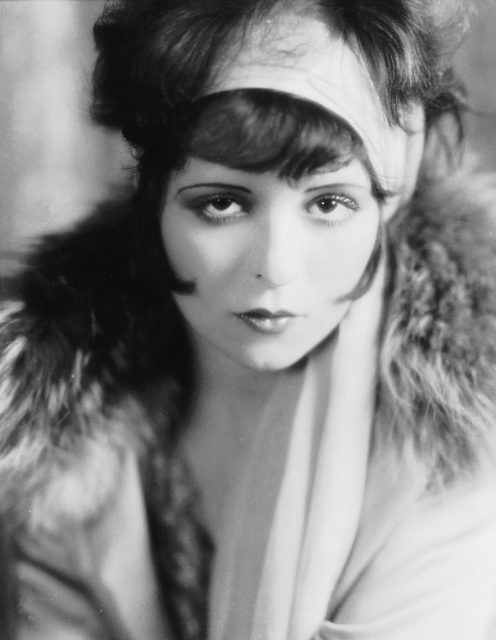 Sometimes these strange eating habits were not the stars’ choice. In the 1920s, especially, many female actresses had “weight clauses” in their contracts. These clauses stipulated that actresses had to maintain or stay below a designated weight. For example, actress Clara Bow had to stay under 118 pounds. To maintain this weight, Bow lived on only 500 calories a day. 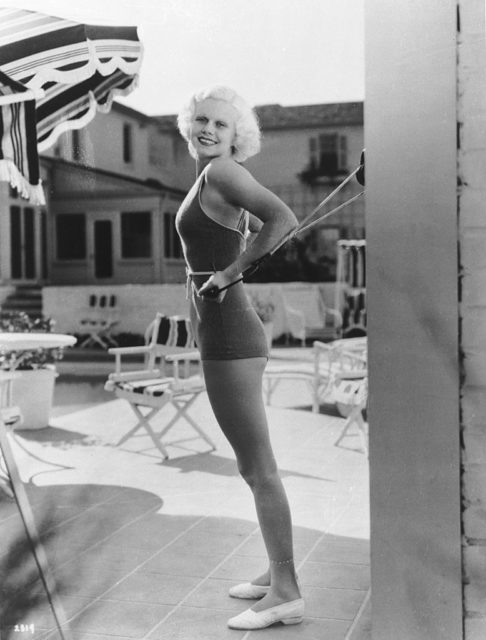 Today, fad diets are frequently marketed as the easiest and fastest approach to losing weight. Many Old Hollywood stars had their own version of fad diets that they swore by to keep slim. For example, actress Jean Harlow was determined to keep her 33-25-35 figure. To do so, Harlow followed a four-day tomato-based diet. While filming, Harlow would eat two whole tomatoes and black coffee for lunch and dinner. Her breakfast consisted only of black coffee and orange juice. As a disclaimer, we would not recommend this diet to anyone. 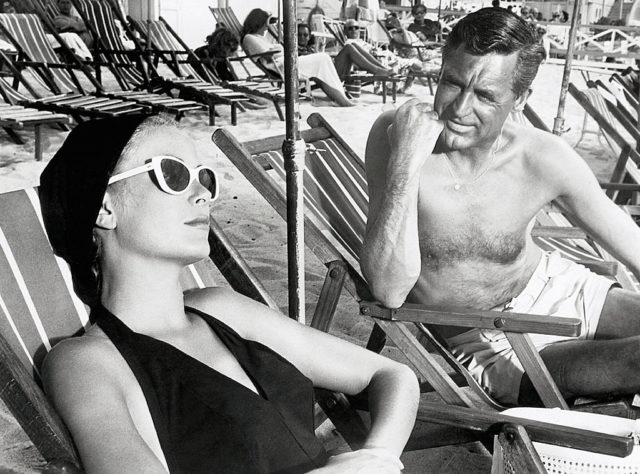 Cary Grant and Grace Kelly lounging on the beach in a scene from the 1955 classic To Catch a Thief. (Photo Credit: George Rinhart/ Getty Images)

Actress (and future princess) Grace Kelly also had an interesting diet, dubbed the “elevenses.” Basically, this meant that at 11 in the morning, Kelly would have a snack to ensure she didn’t overeat at lunch. She would bring carrots, celery sticks, and dried apricot on set and have her snack at 11 am each day.

Some Old Hollywood celebrities even got into juicing before was a mainstream fad diet. Greta Garbo was a client of “diet guru” Gayelord Hauser, who introduced her to many new ways of eating, including juicing. Many of Hauser’s diet guidelines included drinking fresh juices, and Garbo famously owned a juicer in a time when drinking green juices was not popular. 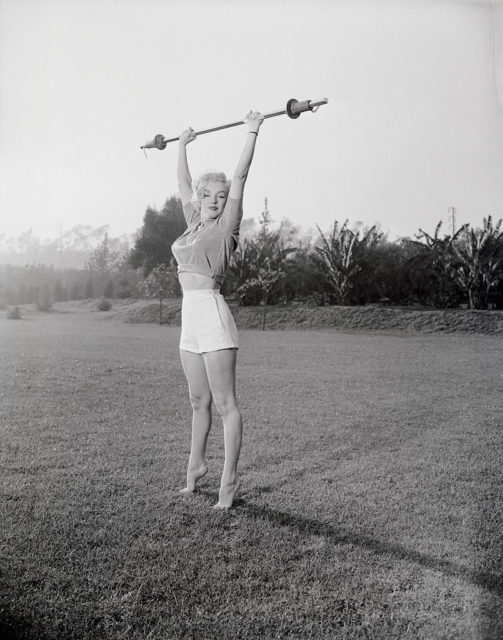 We know today that a balanced diet includes a balance between eating right and working out. Marilyn Monroe was not only a sex symbol, but her body was revered as a blueprint for what women everywhere should strive for. Monroe was one of the only female stars who lifted weights in Hollywood – a practice that was relatively new in Tinseltown during the 1950s.

Monroe discussed her fitness routine with Pageant magazine in 1952, stating: “My biggest single concern used to be getting enough to eat. Now I have to worry about eating too much. I never used to bother with exercises. Now I spend at least 10 minutes each morning working out with small weights. I have evolved my own exercises, for the muscles I wish to keep firm, and I know they are right for me because I can feel them putting the proper muscles into play as I exercise.”

Another interesting aspect of Marilyn Monroe’s fitness routine was that she actually ate enough. As we know today, more calories burned equals the need to consume more food. Monroe’s meals were high-protein and high-nutrient-based. She would crack two eggs into a glass of warm milk for breakfast. For dinner, she would be sure to eat some meat – liver, lamb, or steak – with a side of raw carrots. 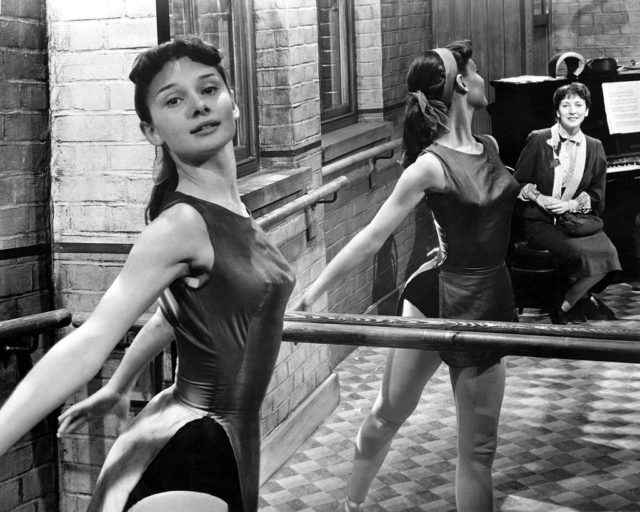 More from us: 13 Behind-The-Scenes Photos Of Old Hollywood’s Biggest Stars

Audrey Hepburn was another actress who believed women should eat three meals a day. Hepburn trained as a ballerina for years with hopes of one day becoming a prima ballerina. Although there were rumors that she suffered from an eating disorder because she was so thin, she actually was never partial to dieting. She loved pasta, ate three meals a day, and believed that women needed to eat some sort of red meat in one of their daily meals.