Westerns have long been considered the most reassuring of movie genres. A straightforward mix of men riding horses and carrying guns, set against a backdrop of the rugged American landscape.

More often than not, however, Westerns put us on the back foot. They are a surprisingly varied bunch, wild or otherwise. Saddle up and check out some old favorites, combined with entries you probably never knew about. 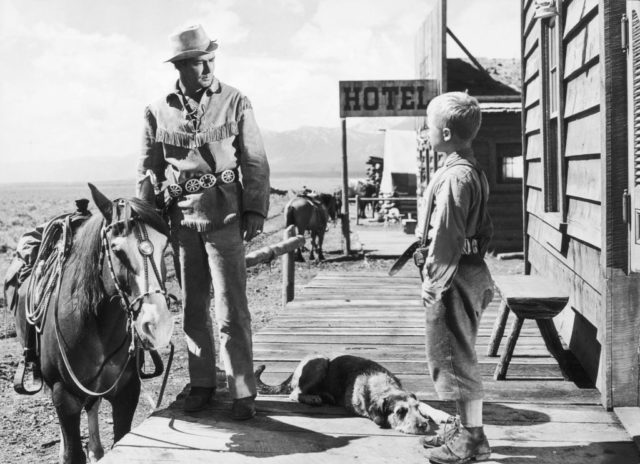 American actor Alan Ladd stands next to a horse and talks to child actor Brandon De Wilde in a still from director George Stevens’ western film, ‘Shane,’ based on the novel by Jack Schaefer. (Photo Credit: Hulton Archive/Getty Images)

Starring Western stalwart Alan Ladd, Shane told the story of a classic Old West confrontation between ranchers and a cattle baron. Based on the book by Jack Schaefer, it’s said to have taken its plot from real life. Namely, the Johnson County War of 1892. 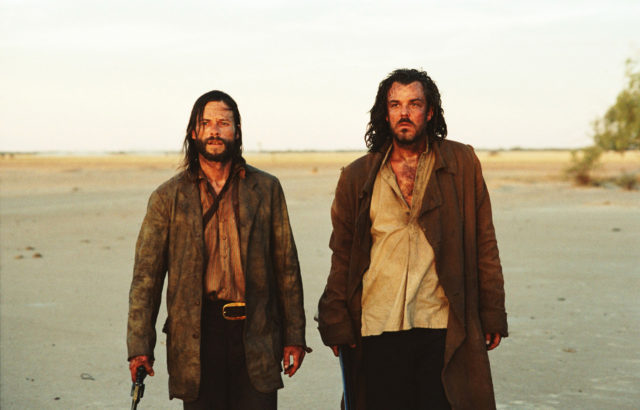 This well-received Western is unusual in that it swaps the Old West for 19th century Australia. A powerhouse cast of Guy Pearce, Ray Winstone John Hurt and Emily Watson – to name but a few – bring Nick Cave’s screenplay to life.

It’s also off the beaten track in terms of plot, with outlaw Pearce sent on a mission to bump off his own brother in exchange for leniency from authorities. 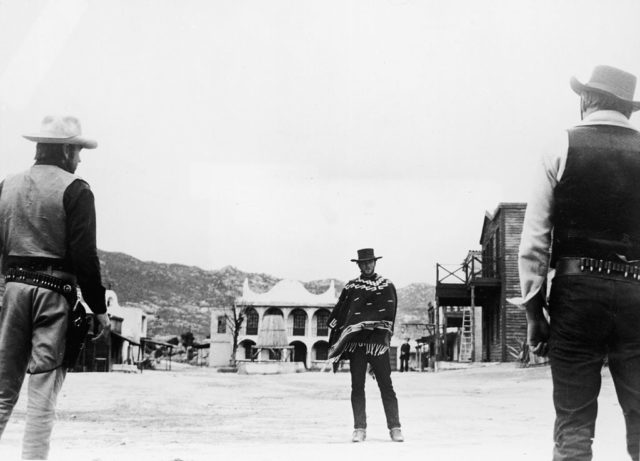 American actor Clint Eastwood stares down his adversaries during a showdown in a still from the film, ‘A Fistful of Dollars,’ directed by Sergio Leone, 1964. (Photo Credit: United Artists/Courtesy of Getty Images)

Sergio Leone’s down and dirty tale exposed unsuspecting audiences to the questionable delights of the Spaghetti Western. The image of freshly-laundered cowboys and strong moral characters went out the window, replaced by gritty, filthy, mercenary behavior.

Clint Eastwood played the notorious Man With No Name. A cigar-chewing anti-hero, he starred in Leone’s Dollars Trilogy. It was a transformative role for Eastwood, who beforehand had been known as the clean-cut cattle herder Rowdy Yates from Rawhide.

This is another Western with a Kurosawa connection. Quoted by The Independent, Eastwood refers to the director’s Yojimbo 1961, saying: “when I first saw it … I thought of as a great Western screenplay.” The star figured that filmmakers wouldn’t “have the nerve to do it that way. But, fortunately, Sergio did.”

Leone and others made an impact on Eastwood, who went on to direct the game-changing Unforgiven in 1992. To date, this is his last classic Western. 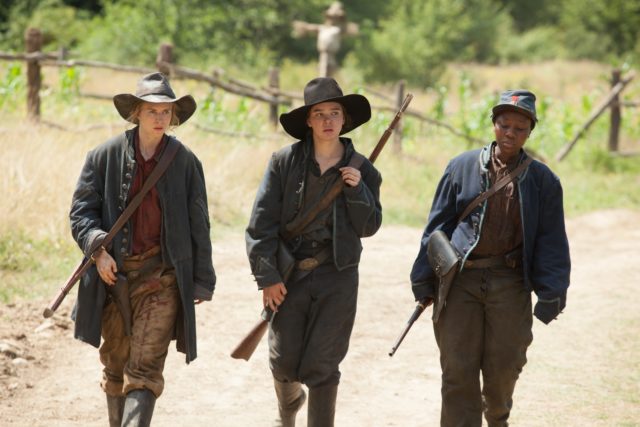 The plot focuses on a trio of women, two sisters and a slave, who are defending their property from encroaching Union soldiers. It wasn’t Steinfeld’s first rodeo in the Old West, so to speak – she also starred in the Coen Brothers’ adaptation of True Grit (2010). The Charles Portis novel had also famously been filmed starring John Wayne in 1969. 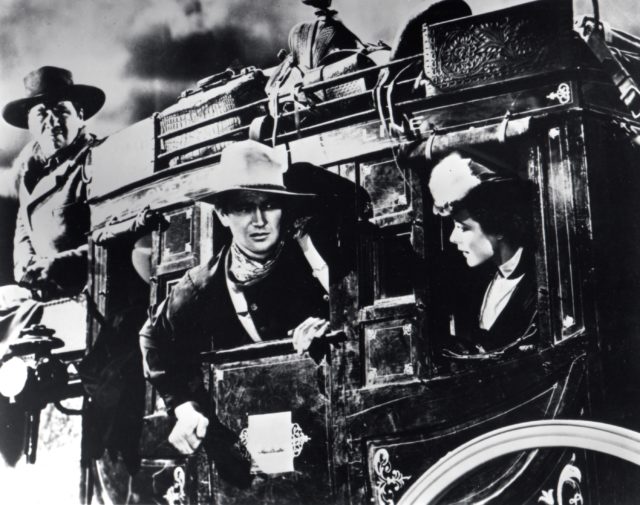 This drama was a landmark, both for iconic director John Ford and star John Wayne. Wayne is the king of the Westerns for many. He’d made them before, but Stagecoach put him on the map as fugitive the Ringo Kid.

It was also an interesting premise, with the title transportation accommodating the likes of Claire Trevor (an actress, top billed!) and John Carradine. The poster declares it “A powerful story of 9 strange people.” It was based on the short story The Stage to Lordsburg by Ernest Haycox. 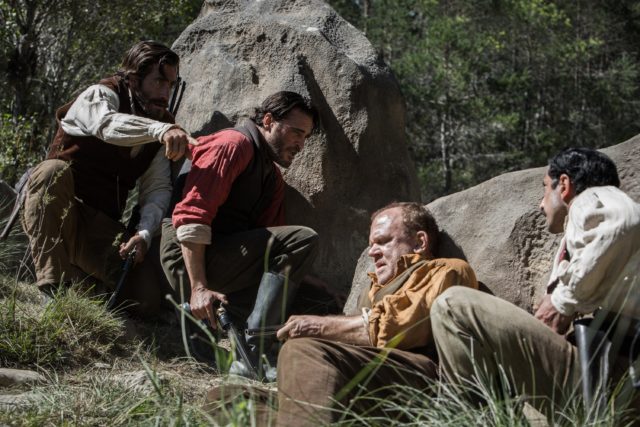 Our most recent entry is this blend of black comedy and adventure from director Jacques Audiard. Based on the book by Patrick deWitt, it co-starred Joaquin Phoenix and John C. Reilly as guns for hire, sent to bump off Riz Ahmed’s Hermann Warm.

The cast is an offbeat mix of American and European actors, including Jake Gyllenhaal, Rebecca Root and Rutger Hauer.

“Call it a revisionist or an absurdist Western if you will,” writes Tomris Laffly for RogerEbert.com, “but Audiard’s film feels both refreshingly new… and nostalgically familiar.” 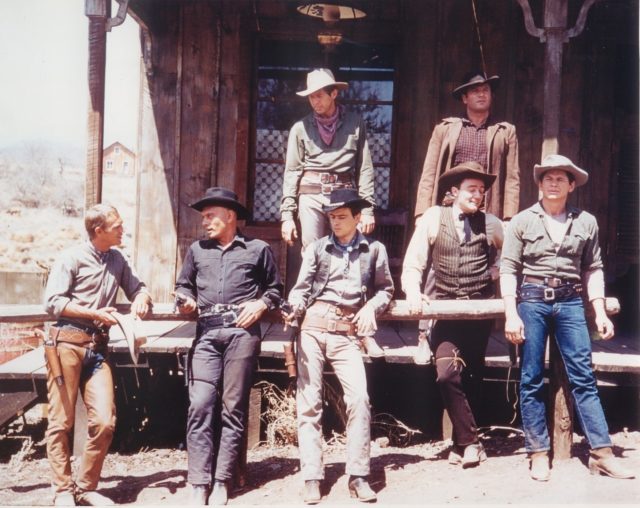 Why have one gunslinger when you can have seven? Yul Brynner and Steve McQueen led a cast who banded together to defend a village from bandits. They weren’t the saintliest cowboys in town, but they were the toughest.

Directed by John Sturges and based on Akira Kurosawa’s Seven Samurai, the action was buoyed by Elmer Bernstein’s unmistakable theme tune. Sequels followed, though the original cast had mostly ridden off into the sunset.

Brynner and McQueen were reportedly rivals during the shoot, with the young upstart trying to grab attention away from the established star. Gentleman Racer notes that McQueen called Brynner to patch things up shortly before his death from cancer.

The legacy lived on in 2016, with the release of a remake starring Denzel Washington. 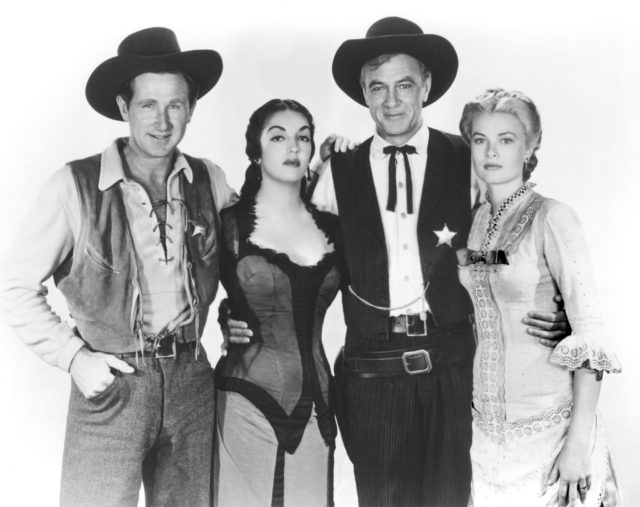 “A man’s got to do what a man’s got to do” is a familiar saying, notably used by John Wayne. It could apply to the plot of many a Western. Yet High Noon is probably where the idea is best expressed.

Gary Cooper starred as Marshal Will Kane, who faces a dreaded deadline as he stands against the dark forces closing in on his town. Fred Zinnemann called the shots on a story of bravery that went from the saloon to the US National Film Registry.

Still, John Wayne wasn’t happy with the tone of the movie. This was no clear-cut, black and white morality tale. Plus it’s believed High Noon is a commentary on the McCarthy anti-Communist witch hunts. The Duke disapproved but, as Empire writes, when Wayne “was handing Cooper a Best Actor Oscar he said he wished someone would write him a western part as good as Will Kane.”

More from us: The Other Magnificent Seven: Greatest Western Movie Stars, Ranked

It even had its own theme song, known to some as “Do Not Forsake Me, Oh My Darling.” High Noon was so far-reaching, it went into outer space. The sci-fi thriller Outland from 1981 was reportedly inspired by Zinnemann’s picture. Sean Connery took the lead. There’s also a modern-day remake in the works.