The True Story of the British Royal Family’s ‘Lost Prince’

The British Royal Family have had their share of controversies over the years. From Edward VIII’s abdication to Princess Diana’s death to Prince Harry and Meghan Markle permanently stepping back from their royal duties, it seems that members of the Royal Family are always in the news for something. Before all this, the Windsor family was the subject of another mystery when a young prince named John disappeared from the public eye.

Who was Prince John? 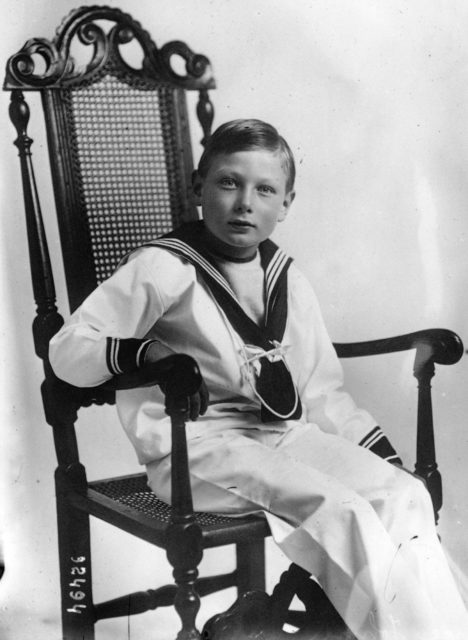 Prince John was born on July 12, 1905. He was the fifth son of King George V and Queen Mary. King George was the heir apparent and succeeded the throne in 1910. After his father became king, Prince John became fifth in the line of succession to the British throne.

Much of Prince John’s youth was spent at Sandringham Estate with his siblings. Prince John (or “Johnnie,” as he was nicknamed) was singled out for being particularly “charming and amusing.” In fact, his father once told President Theodore Roosevelt that “all of his children were obedient, except John.” 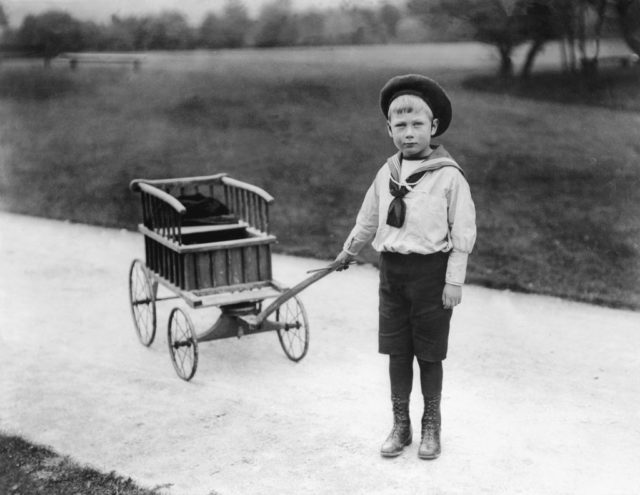 By the time Prince John was four years old, he was described as “winsome” and “painfully slow.” He was unable to attend his father’s coronation due to health concerns. Nonetheless, Prince John continued to appear in public until he turned 11.

Epilepsy and removal from the public eye 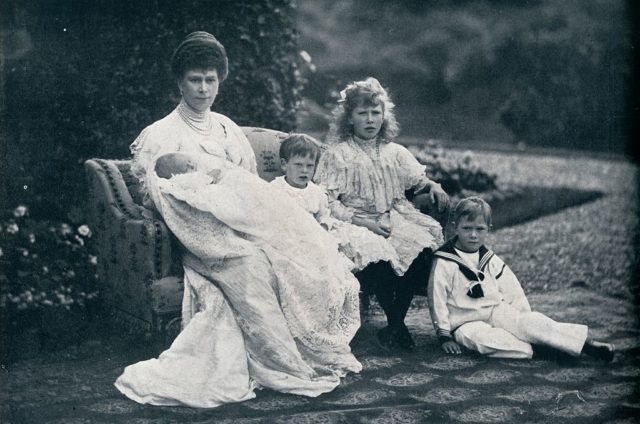 When Prince John was four years old, he suffered from his first epileptic seizure. It has since been suggested that Prince John potentially also had a learning disability, possibly autism.

The Royal Family initially hoped that Prince John’s seizures might lessen over time. However, it became apparent to the public that something was wrong with Prince John after it was announced that he would not be attending boarding school and would not receive any sort of education similar to his siblings. 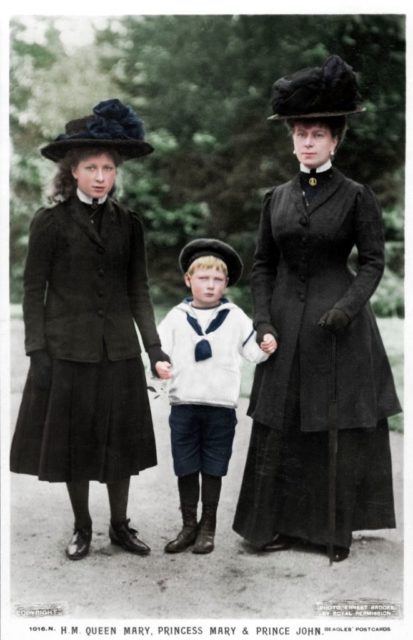 During the First World War, Prince John saw his parents less and less, as they were often away on official royal duties. Similarly, his siblings were either away at school or involved in the military. Prince John disappeared more from public life, and no official portraits of him were commissioned after 1913.

By 1916, Prince John’s seizures had become much more frequent and intense. As a result, when he was 11, John was moved to Wood Farm near Sandringham, separated from his family. With him was Charlotte “Lala” Bill, a devoted nanny to Prince John. 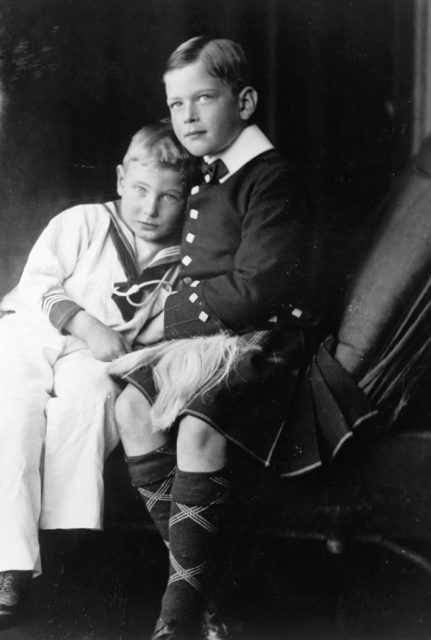 Prince John’s seizures continued to get worse. Lala Bill once wrote, “we [dared] not let him be with his brothers and sisters, because it upsets them so much, with the attacks getting so bad and coming so often.” Prince John would follow the Royal Family when they vacationed at Balmoral in Scotland, but he was always kept at a distance. During the First World War, guests at Balmoral remembered Prince John and described him as “a distant figure… [who was] always remote, who would be glimpsed from afar in the woods, escorted by his own retainers.”

Prince John spent Christmas Day, 1918, with his family at Sandringham. In the evening, he was driven back to Wood Farm. Less than a month later, on January 18, 1919, Prince John died from a severe seizure in his sleep. He was only 13 years old. Lala Bill broke the news of Prince John’s death to Queen Mary, who was grief-stricken but also relieved, writing in her diary, “The news gave me a great shock, tho’ for the poor little boy’s restless soul, death came as a great relief.”

Disappearance from the historical record 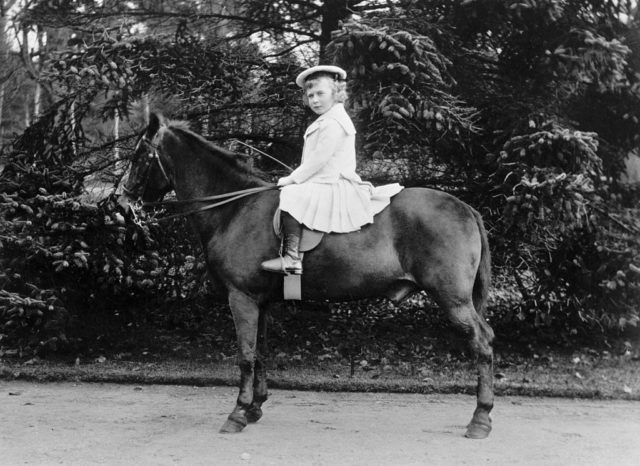 Prince John had largely disappeared from the public eye in 1917 when he was moved to Wood Farm. He no longer appeared in any family photographs, and his funeral was a very private ceremony. On January 20, 1919, the Daily Mirror reported on Prince John’s death, marking the first public mention of his epilepsy and illness.

Prince John’s illness must have been very difficult and confusing for his family. According to King Edward VIII’s official biography, the Prince of Wales “hardly knew him; and saw him as little more than a regrettable nuisance.”  Edward also wrote to his mistresses Freda Dudley Ward on Prince John’s death, saying, “his death is the greatest relief imaginable or what we’ve always silently prayed for. This poor boy had become more of an animal than anything else and was only a brother in the flesh and nothing else.” This attitude is perhaps because Edward was eleven years older than Prince John, and because epilepsy was completely misunderstood in the early twentieth century. 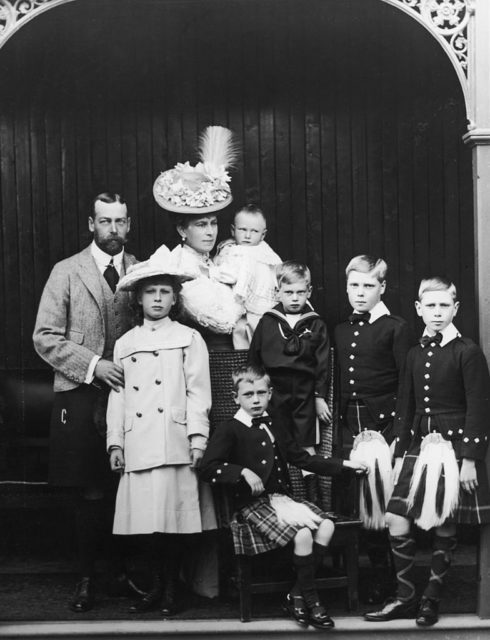 Epilepsy was thought to be a sort of mental illness. At the time of Prince John’s illness, the Royal Family continued to believe that royal blood was purer than common blood, and as such, any mental illness was considered to be extremely shameful.

Prince John was essentially never discussed again until 1998, when two volumes of photographs of the Royal Family dating from 1912 to 1915 were discovered. These photographs were taken by Prince John’s oldest brother, Edward VIII. Prince John was included in many photos, and his short life was brought to the public attention.

More from us: Why Elton John Almost Didn’t Perform at Princess Diana’s Funeral

It is important to remember that when Prince John was “rediscovered” in 1998, Princess Diana had just died and the Royal Family was being raked over the coals by the media. Prince John’s death and isolation at Wood Farm were seen as examples of the heartlessness of the Royal Family. In reality, epilepsy was completely misunderstood during Prince John’s short life, and he was a victim of scientific understanding at the time.