A study published in the journal PLOS ONE has shed light on the discovery of a new species of spinosaurid in Portugal. One of the most complete specimens in the world, it was incorrectly identified as another species of dinosaur for 23 years. 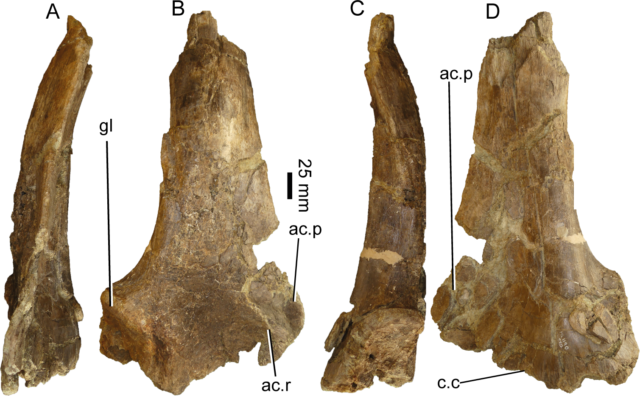 The study, which was co-authored by Octávio Mateus and Darío Estraviz-López, states that this species of spinosaurid was discovered following the re-examination of a fossil unearthed in 1999 at a dinosaur bone park near Cabo Espichel, Portugal.

The initial analysis of the fossil, discovered by amateur paleontologist Carlos Natario, stated it belonged to a Baryonyx walkeri, a theropod that lived during the Early Cretaceous period. However, a more recent examination found it’s actually that of a new species of spinosaurid – the Iberospinus natarioi – that lived 130 million years ago. 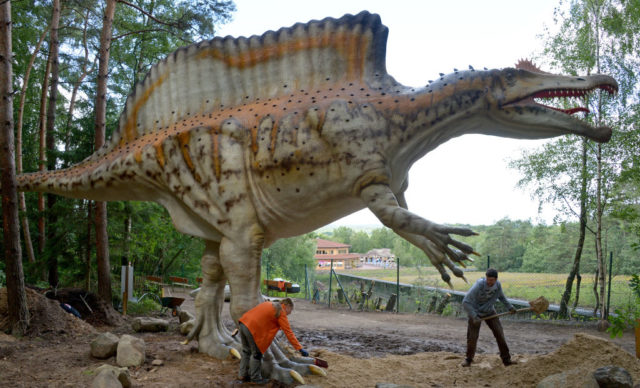 16-meter-long and 6.5-meter high model of a Spinosaurus is put up by employees of the dinosaur park in Muenchenhagen in the region of Hannover, Germany. (Photo Credit: Holger Hollemann / picture alliance / Getty Images)

“It is one of the most complete spinosaurid specimens in the world,” said Mateus, a professor at the NOVA School of Science and Technology. “The addition of yet another taxon to the diversity of spinosaurids in Iberia indicates the clade possibly originated in Western Europe.”

Spinosaurids lived during the Mesozoic era and roamed parts of Africa, Britain and Europe, including the Iberian peninsula. They had long back legs and small front ones, long tails and heads that resembled those of a crocodile. A lack of fossils has meant little is known about the species, but researchers have determined it spent the majority of its time in water but could chase prey on land.

The Iberospinus natarioi was 33-feet long and weighed around three tons. One of the most unique aspects of its biology was its rate of teeth replacement. The fossil indicates new teeth were constantly growing in its jaw, ready to replace any that fell out or became damaged.

“Spinosaurs are some of the most enigmatic dinosaurs due to their unique adaptions to aquatic environments and their relative scarcity,” said Mateus. “Their diet mainly included fish, although other food items, such as pterosaurs, were consumed.” 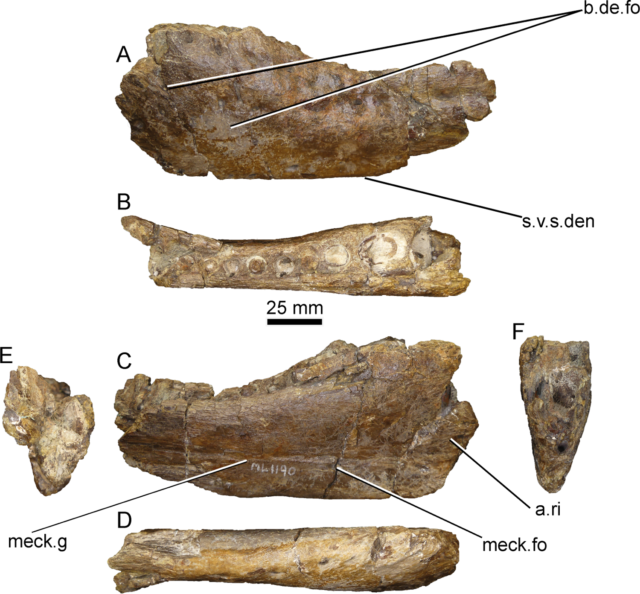 More from us: A Dinosaur Embryo Has Been Found Inside a Fossilized Egg. Here’s What It Means

To gain a better understanding of the new species, its bones were digitally reconstructed in 3D. As it’s one of several spinosaurids to be discovered in the Iberian peninsula, it’s believed the area may have once been a hotbed for the clade.

The digital reconstruction has been made available for free, so other researchers and paleontologists can examine it.

« What Happened Next For the Stars of ‘Saturday Night Live’ in the 1970s, ’80s and ’90s…?
The Unconventional Life of Princess Margaret, Countess of Snowdon »