Gene Wilder and Gilda Radner made one of the comedy world’s greatest couples. Their relationship was cut tragically short but they left a lasting, and laugh-filled, impression.

However, they wouldn’t have met without the involvement of Wilder’s professional partner, Richard Pryor. Or should we say non-involvement…

Directed by none other than Sidney Poitier, the comedy film Hanky Panky was released in 1982. The story concerns two people mixed up in murder who fall in love. Yet that wasn’t the original plan for the picture. 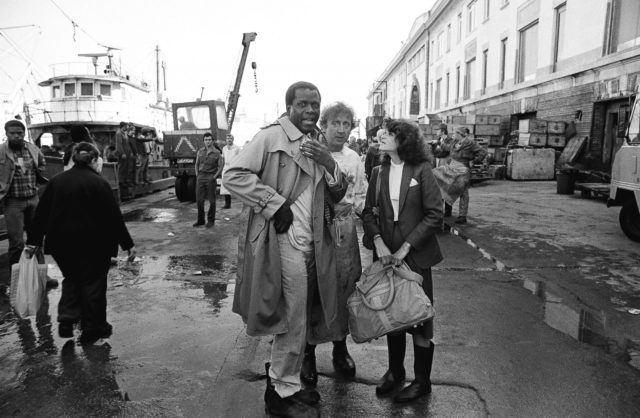 Hanky Panky started life as Traces, also referred to as a sequel to Stir Crazy. Poitier had called the shots on that in 1980. Gene Wilder and Richard Pryor cooped up behind bars was a recipe for box office success. But there was a problem in the comedy kitchen. At some point Pryor’s involvement seemed to end – IMDB refers to a piece from The Hollywood Reporter, which writes he had “not been asked to join.”

The project was reworked and Radner was introduced as a new character to replace Pryor’s talent. Fiction soon gave rise to reality, as Wilder and Radner went from friends to lovers. She was already married to guitarist G.E. Smith but the connection between her and her co-star was undeniable.

“Their prodigious talents made them inseparable, both professionally and personally,” writes Biography.

“It felt like my life went from black and white to Technicolor,” Radner wrote in her 1989 memoir It’s Always Something. 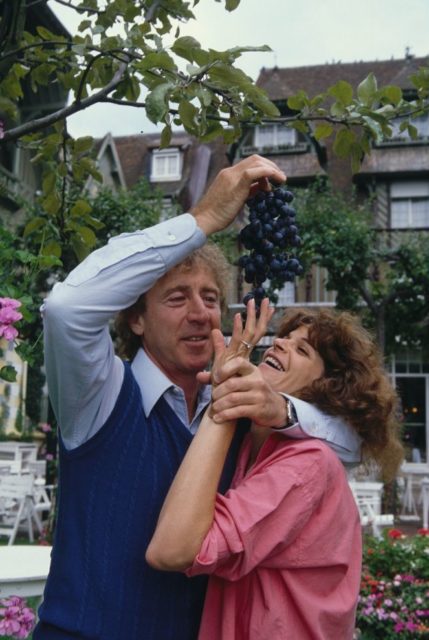 Close-up photo of Gene Wilder and Gilda Radner at the Deauville Festival. (Photo by Micheline PELLETIER/Gamma-Rapho via Getty Images)

For Wilder, things may have taken a little longer to get going. Radner had divorced Smith, but there was an age gap between her and her new man. He saw her as over-reliant on him. “She couldn’t be without me, do without me” he commented to Larry King.

Biography describes how Radner’s proactive approach when saving her pup Sparkle – who’d swallowed some rat poison! – altered Wilder’s perception of her. Marriage followed, though sadly the relationship was rocked by a major diagnosis.

Radner learned she had stage IV ovarian cancer. Previously, she and Wilder had gone through two miscarriages. She received treatment and went into remission. Sadly, the cancer came back and she passed away in 1989 at the age of 42.

The couple collaborated on two more movies. First was The Woman in Red (1984), a remake of a French film written and directed by Wilder. Co-starring Kelly LeBrock (Weird Science), it was a big hit. 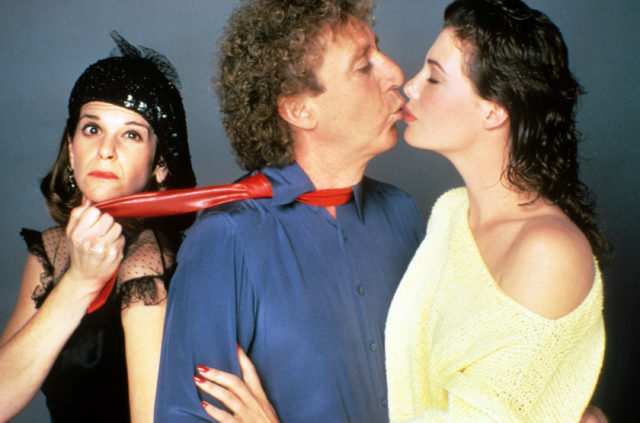 Gene Wilder’s odd-couple pairing with Richard Pryor began back in the 1970s. They were involved in the production of Mel Brooks’ Blazing Saddles, Wilder as star and Pryor as writer. Though it wasn’t until the 1976 comedy thriller Silver Streak (directed by Arthur Hiller) that they met and hit it off.

After Stir Crazy, they made See No Evil, Hear No Evil (1989). This saw them play a blind and deaf man up to their necks in trouble. Hiller directed again, with the result making over $46 million at the box office. 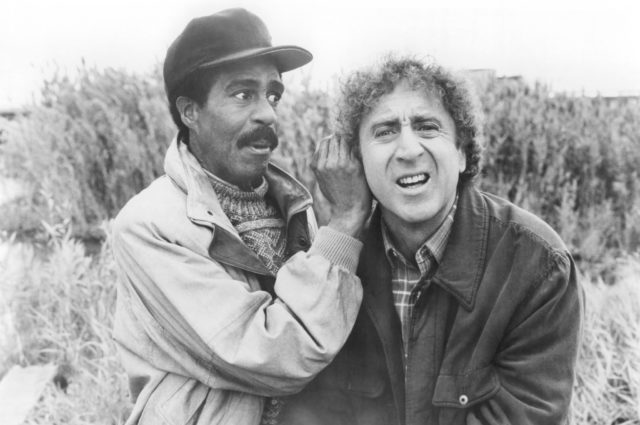 Their final film together was Another You (1991). Pryor was in poor health due to multiple sclerosis. The late Peter Bogdanovich directed but found himself replaced – according to Bogdanovich, Wilder allegedly pushed to have him removed. Maurice Phillips took over but the movie flopped.

Neither Pryor nor Wilder starred in a film after this, with Wilder making it his last ever theatrical release.

Posting on Facebook, daughter Rain Pryor wrote that the pair weren’t that sociable. Wilder was “a true grownup and I never saw him party.” Richard Pryor was “younger and we all know, he liked to party.” Despite the lack of a personal connection, “The two together accepted the other.” Richard Pryor died in 2005 from a heart attack. 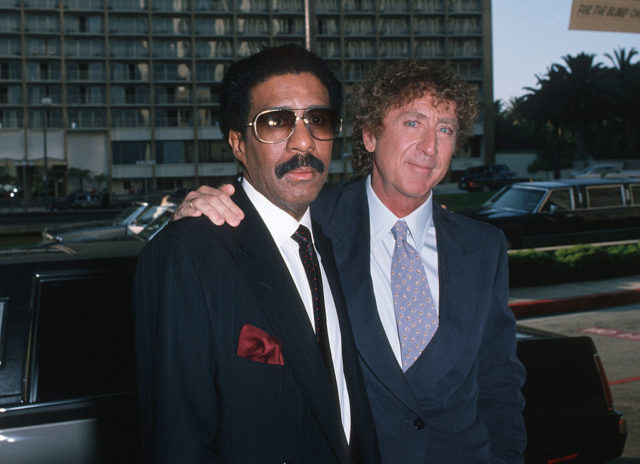 Wilder’s last marriage was a long and happy one

See No Evil, Hear No Evil led to Gene Wilder meeting his fourth wife, a clinical supervisor who advised his performance as a deaf character. Before meeting Karen Boyer, he’d been married to Mary Mercier and Mary Joan Schutz. He adopted Schutz’s daughter Katharine but the pair reportedly became estranged.

More from us: Blazing Saddles! 5 Hilarious Facts About this Legendary Comedy 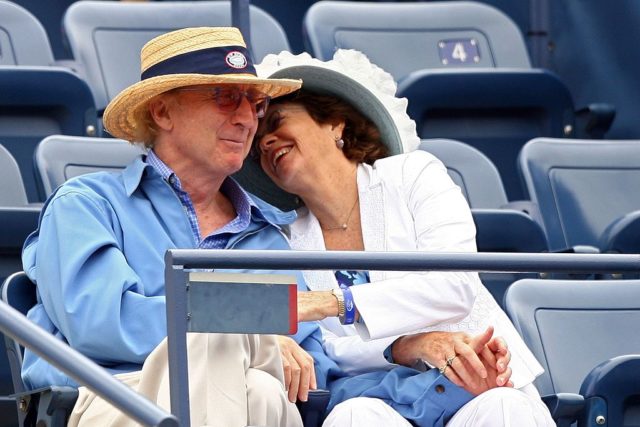 Gene Wilder and his wife Karen Boyer watch as Shahar Peer of Israel takes on Anna Chakvetadze of Russia during day ten of the 2007 U.S. Open at the Billie Jean King National Tennis Center on September 5, 2007 in the Flushing neighborhood of the Queens borough of New York City. (Photo Credit: Al Bello/Getty Images)

Wilder and Boyer were together from 1991 till his passing from Alzheimer’s complications in 2016. Writing for ABC, she said “we were one of the happiest couples I knew.” Boyer cared for Wilder after he was diagnosed with Alzheimer’s in 2013.

News of the illness was made public following his death from complications.