Don’t mess with The Rifleman! Chuck Connors starred in this classic Western series, which ran for five seasons between 1958 and 1963.

Connors had a memorable co-star in young Johnny Crawford. But what happened when ABC’s wagons rolled on? Find out with these quick-fire facts.

From the director of The Wild Bunch 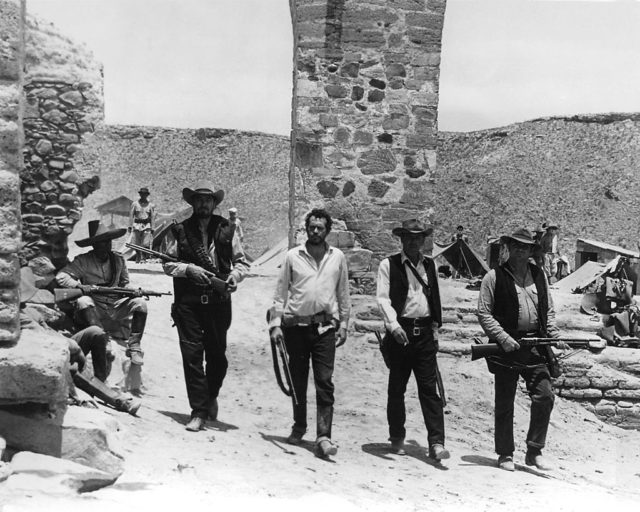 Creator Arnold Laven is the man to thank for The Rifleman, though much of the development fell to one Sam Peckinpah. His career as a film director took off while the show was on air, beginning with 1961’s The Deadly Companions starring Maureen O’Hara.

He went on to work with Western legend Randolph Scott (Ride the High Country, 1963) and directed Charlton Heston plus others in Major Dundee (1965), which he also wrote.

Peckinpah’s greatest film is arguably The Wild Bunch from 1969. That cinematic curveball was followed by the controversial Straw Dogs in 1971. A far cry from the world of Chuck Connors’ hero Lucas McCain. 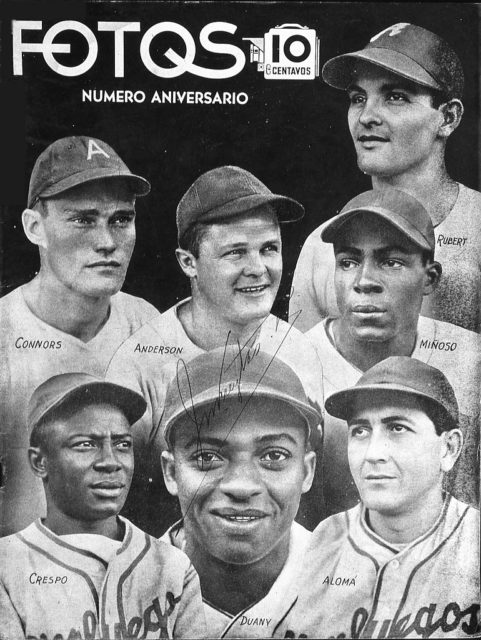 The magazine ‘Fotos’ features baseball stars from the professional league with players in portraits on the cover. Minnie Minoso, Claro Duany, Alejandro Crespo, and Chuck Connors all appear on the cover of this issue published in 1946 in Havana, Cuba. (Photo Credit: Transcendental Graphics/Getty Images)

Connors was handy with a rifle onscreen and deadly with a baseball bat off-camera. His initial intention in life was to be an athlete. While that didn’t work out exactly how he wanted, he still had an impressive track record.

Not only was he part of Major League Baseball, playing for the Brooklyn Dodgers and Chicago Cubs, he also shot a mean hoop for the Boston Celtics in Basketball.

“Compared with playing baseball, acting’s a snap,” Connors wrote in the Associated Press. For him, performing on camera was easier because “if I misplay a scene or strike out on a speech, they re-shoot it.”

Connors and the kiddiwinks 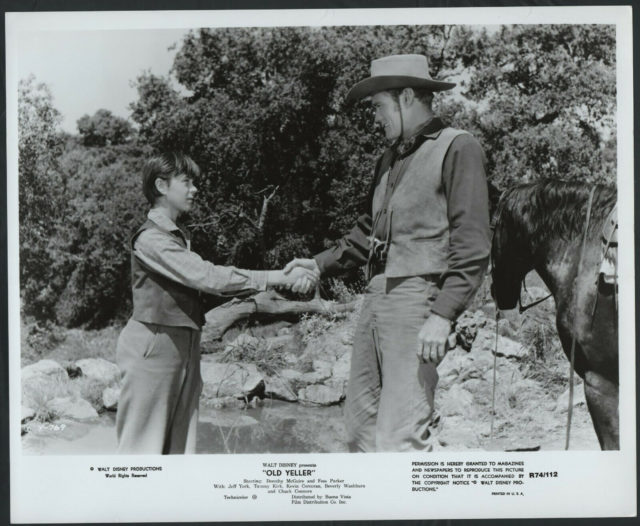 Having a star who could act naturally with a young actor was crucial to the success of The Rifleman. Connors had this quality in spades – as Trend Chaser and others point out, he’d proved that in the iconic movie Old Yeller.

Problem was, he didn’t like the money being offered by ABC. The network was going to move on, before Old Yeller showed Connors “could talk to a kid with such respect and understanding.” The fee was increased and Connors saddled up.

McCain was one of a kind 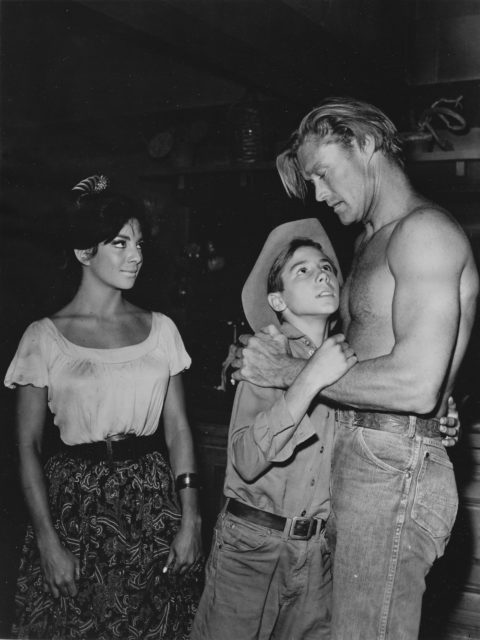 Lucas McCain was an old-school cowboy, but there was a lot about his portrayal that broke convention. For instance, McCain raised little Mark as a widower. In the family-oriented TV landscape of the 1950s, a single parent really stood out. 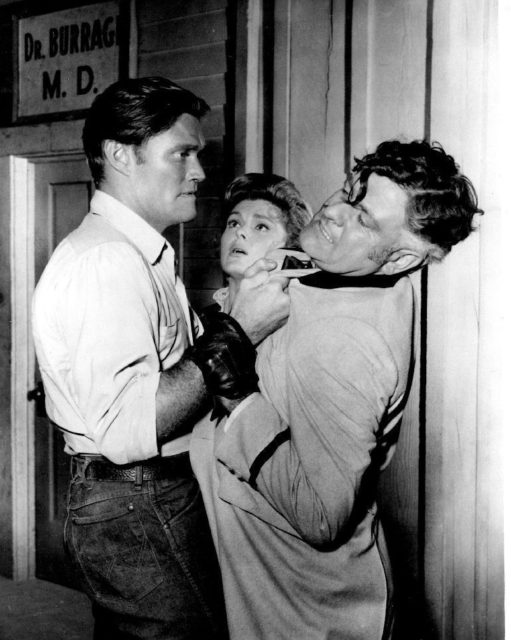 No less than 120 bad guys met their end on the series. Sounds like a hell of a bodycount. The Rifleman was accused of being overly violent, a view apparently shared by Connors. He mentioned in his autobiography that McCain killed approximately two people every week!

Countering this was the wholesome approach to the stories and their outcome. Little House on the Prairie this wasn’t, yet producers wanted The Rifleman’s messaging kept on the straight and narrow. 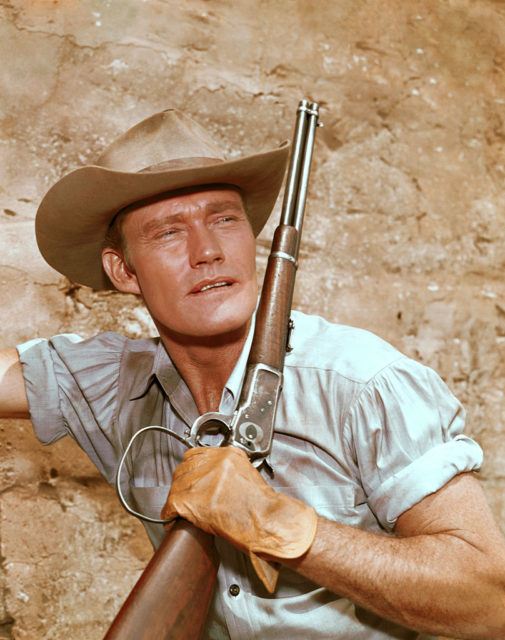 What was the gun McCain used to dispense his own brand of justice? A Winchester Model, dated 1892. The show took place a decade earlier but who’s counting? This rifle could famously be cycled to fire repeatedly. Not to mention Connors’ one-handed spin cock move, which delivered bullet after bullet with even greater ease.

Kids who marveled at The Rifleman’s opening credits could own their very own toy Winchester. Hubley and Marx Toys produced the releases, respectively.

The Ballad of Johnny Crawford 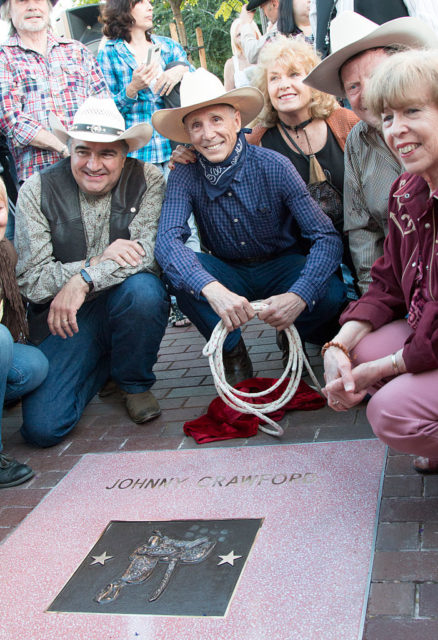 As written about by The Rifleman website, Crawford had a long career in show business. Starting in childhood, he became a Walt Disney Mouseketeer and acted in various roles besides that of Mark McCain. He went on to cement his Western legend status by working with John Wayne in El Dorado (1967). Crawford even played a Native American in less politically correct times (Indian Paint, 1965).

Crawford’s interest in the media continued during his military service. He worked behind the scenes on training films, where his broad production experience no doubt came in handy. He also recorded a few albums and had hit singles off the back of them.

Return of the Plainsman 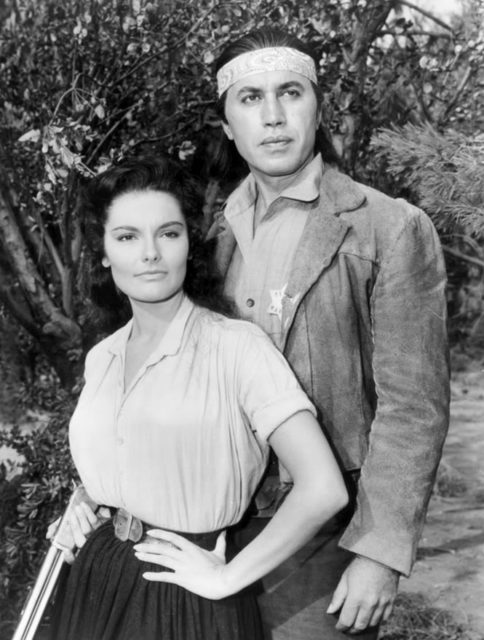 Michael Ansara reprised his Rifleman character of Marshal Sam Buckhart for the short-lived spin-off Law of the Plainsman (1959-60). It was always the plan for Buckhart to get his own show, via the backdoor pilot episode “The Indian” (1959).

Richard Anderson, Phil Carey and Peter Whitney took prominent roles in The Rifleman. Their contributions were intended as further pilot material, however, the spin-offs failed to appear.

Brezhnev was a fan 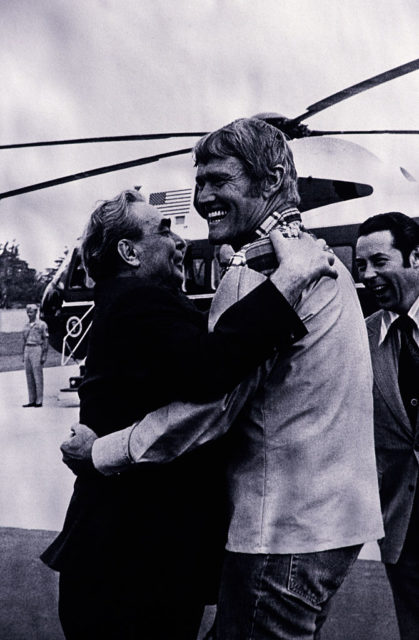 Soviet leader Leonid Brezhnev, on an official visit to the United States to see President Richard Nixon, was approached by movie actor Chuck Conners as Brezhnev prepared to depart San Clemente, CA. The robust Conners hugged and lifted the Soviet leader off his feet. (Photo Credit:Wally McNamee/CORBIS/Corbis via Getty Images)

Lucas McCain had many folks wanting to shake his hand. Among them was a certain Soviet leader named Leonid Brezhnev! The Communist’s dream came true when they met at a party held by President Richard Nixon in 1973.

According to Our Chuck Connors, Brezhnev embraced the star, such was his enthusiasm. The site adds: “When one journalist asked Chuck if he was a card-carrying Communist, he quipped, ‘No, I’m a card, carrying a Communist.’” 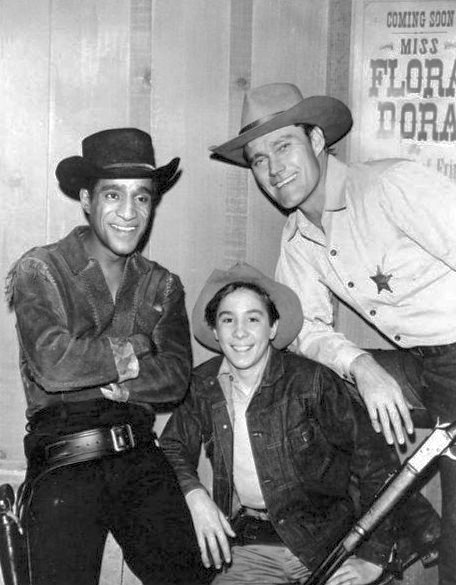 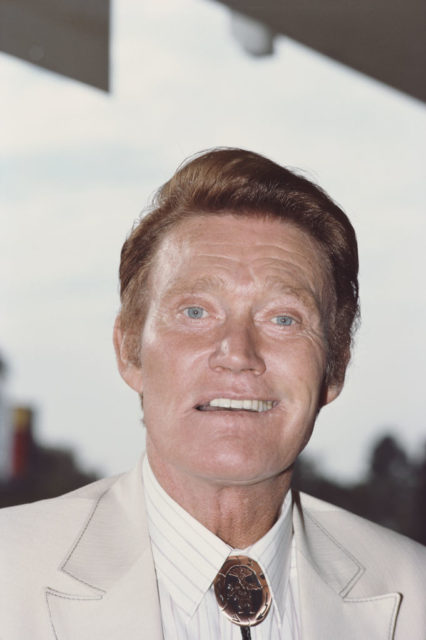 It isn’t entirely clear why The Rifleman went off air. Reasons given include Crawford getting older and low ratings.

Connors played McCain one more time, opposite Kenny Rogers in the TV movie The Gambler Returns: The Luck of the Draw (1991).

Behind the scenes at the ranch 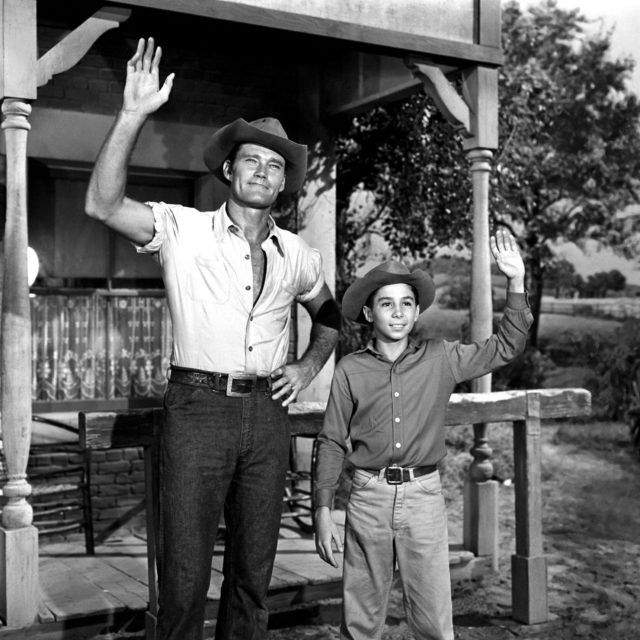 Was Connors and Crawford’s father/son relationship reflected in real life? Well, they don’t appear to have ridden the range together or taken down some evildoers. But according to Crawford, the two leads got along fine. Quoted by The Washington Post, Crawford said of his co-star: “he treated me like an adult when we were working. He made it much easier than it might have been.”

More from us: The Other Magnificent Seven: Greatest Western Movie Stars, Ranked

The quote comes from their obituary of Crawford, who passed away in 2021 aged 75. He’d been suffering from Alzheimer’s disease and entered a care facility with Covid 19 and pneumonia.