A 1,000-Year-Old Japanese ‘Killing Stone’ Broke Open and People Think It Might Have Released a Demon

Everyone agrees that the last few years have been pretty awful for the world and that things continue to be very unpleasant for many. So what we don’t need right now is the cracking of a Japanese stone believed to contain a vicious demon.

As LADbible put it: “Not now, boulder demon – we’ve all got enough on our plates as it is.”

The legend of the beautiful Tamamo-no-Mae

The stone in question is known as Sessho-seki and is located in the volcanic mountains of Nasu, an area of Tochigi Prefecture, Japan. The stone reputedly kills anyone who comes into contact with it, but since it’s in an area filled with poisonous gas, there could be a rational explanation for that.

People believe the stone is the transformed corpse of a beautiful woman named Tamamo-no-Mae who lived during the reign of Emperor Toba (1107-1123). She was actually a kitsune (a nine-tailed fox) working with an evil lord to overthrow the Emperor. 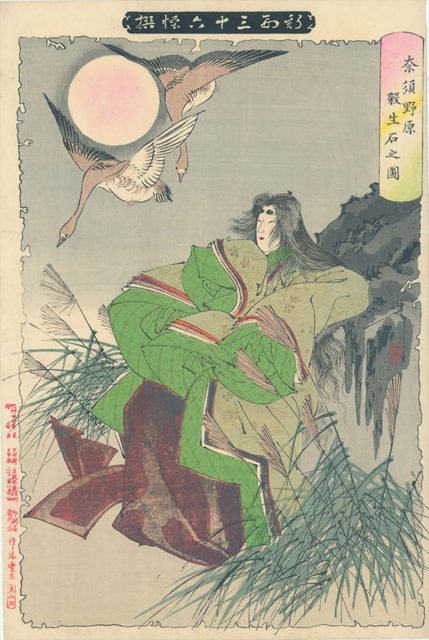 But before Tamamo-no-Mae could enact her dastardly plan, a warrior named Miura-no-suke killed her and her body was transformed to stone as she tried to flee.

An extra part of the legend states that a Buddhist priest resting near the stone was threatened by Tamamo-no-Mae’s spirit. After certain rituals were performed, Tamamo-no-Mae promised not to haunt the stone anymore. However, that didn’t stop rumors circulating that anyone who touched the stone ended up dead.

For many years, the stone was a well-known tourist destination. But Sessho-seki made international headlines when it split in two in March of 2022.

It’s most likely that the split was the result of natural weathering. According to The Guardian, “local media said cracks had appeared in the rock several years ago, possibly allowing rainwater to seep inside and weaken its structure.”

Snopes translated a page from the Nasu Town Tourist Information Center which added that recent rains and freezing temperatures had combined to weaken cracks already present in the stone and ultimately caused it to split.

Eighty-three-year-old Masaharu Sugawara, the head of a local volunteer guide group, is reported as saying: “It’s natural, so it can’t be helped, but it’s a shame because it’s a symbol of the local area.”

A purification ceremony to appease to kitsune

Despite a logical explanation, many people saw the split as a bad omen. So, on March 26, 2022, a priest from the local shrine performed a special ceremony called the “Nine-Tailed Fox Nasu Killing Stone Memorial Service and Prayer for Peace Ceremony,” according to Sora News 24.

The website also gives details of what happened at the ceremony itself: “the attendees joined the priest in bowing their heads as he recited prayers before the altar, where ritual offerings like sake and fresh fruit had been placed. The priest then ascended the rocky steps to stand before the rock, waving a haraegushi (wand made of paper strips) over the area to purify it. The ceremony also included a performance on a taiko drum by a solo drummer, whose piercing beats echoed eerily around the rocky landscape. Once the formalities were over, Nasu’s local mascot character, Kyubi, a more friendly version of the nine-tailed fox, posed for photos with the other fox in attendance.”

A few days after the purification ceremony took place, a mist descended on the area. Sora News 24 pondered what this could mean: “Was it a sign that the fox’s spirit had left the area? Or could it be an ominous sign of things to come? Perhaps it’s simply the elemental forces of Mother Nature at play.”

Mixed reactions around the world

With the splitting of the stone making international headlines, different people around the world had something to say about it.

An article in Politico about Russian sanctions used the stone as a concluding line: “Yet not everything in the world is bad. No, wait, it is. In Japan, a so-called killing stone believed to have contained an evil demon for almost 1,000 years has broken in two… Rumors that the evil demon saw the state of the world in 2022 and hid in another rock, pledging not to return for another 1,000 years were unconfirmed at the time of going to press.”

More from us: Demon with Horns and Forked Tongue Found on 2,700-yr-old Assyrian Tablet

According to the New York Times, a tourism association in the area had a more positive spin on the event, as it felt that releasing the nine-tailed fox might “tame the coronavirus and the current world situation.”

And one Twitter user said: “I, for one, welcome our new fluffy tailed doom.”