8 of The Most Famous Drag Queens in History

“In the latter half of the 19th century,” states the All Thats Interesting website, “the men who played female roles would often note that the long, heavy skirts they wore would drag across the stage floor. The term stuck, and ‘drag’ soon became both an adjective and a noun describing men who wore women’s clothing.”

While men had been known to dress in women’s clothes for female roles in theater productions, drag queens took this style to a whole new level. Here are some historical drag queens that helped build up that tradition.

Credited as the first drag queen in England, Princess Seraphina was popular in ‘molly houses.’ These were the 18th century equivalent of gay bars since homosexuality was still a crime in England at the time.

However, that didn’t stop Princess Seraphina from prosecuting a man called Tom Gordon for stealing her clothes (although she had to do it under her name John Cooper). While Gordon was ultimately acquitted, Princess Seraphina was not prosecuted for being gay, and her status in the community was evident from the fact that witnesses referred to her as ‘Princess’ and ‘Highness’ during the trial. 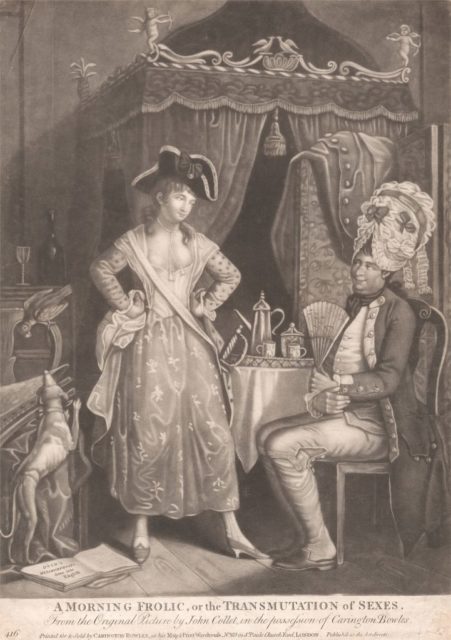 Not long after the Dolly Sisters, Hungarian-American identical twin dancers, retired, two Norwegian brothers took to the stage with their impersonation act of the famous actresses. Leif and Paal Roschberg made a name for themselves as drag queens all over Europe.

In the early 1930s, the pair were working at the Ship Café in California. When film director Edmund Goulding saw their act, he instantly knew they would be perfect for his film Blondie of the Follies (1932).

Their joint career continued until 1937 when the brothers split up. 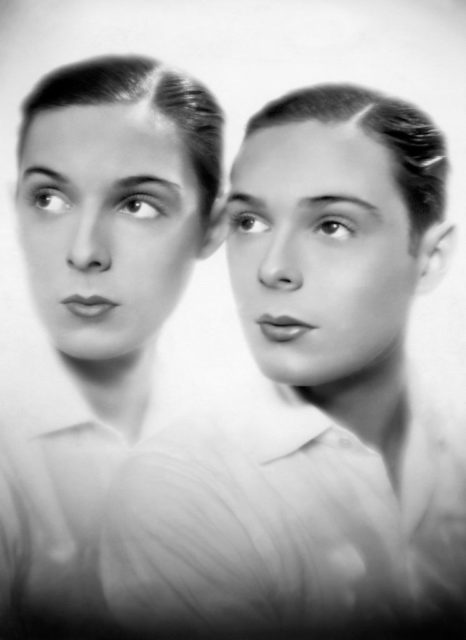 In early 20th century Britain, being homosexual was still a crime. But various performers managed to find a way around it, such as Douglas Byng who became famous for his female impersonation acts.

His act was billed as “Bawdy But British,” and while the songs he wrote for himself were never crude, they were full of sexual innuendo. Some of his most famous songs were entitled “Sex Appeal Sarah,” “Milly the Messy Old Mermaid,” and “Doris, the Goddess of the Wind.”

In 1924, he played the first of many pantomime dames in Dick Whittington and His Cat at the New Theatre Oxford. During the Second World War, he would entertain the troops as well as perform in musicals and cabaret clubs. 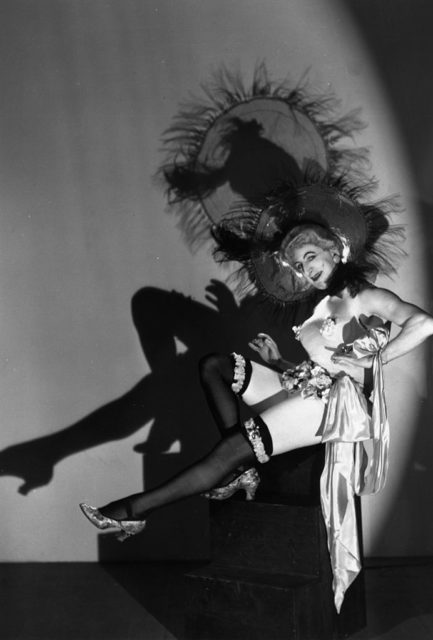 Vander Clyde was not only a female impersonator, he was also a high-wire performer and trapeze artist. His love of the circus was born at an early age when his mother, Hattie, took him to see a performance: “The first time she took me to the circus in Austin, I knew I would be a performer, and from then on I’d work in the fields during the cotton-picking season to earn money in order to go to the circus as often as possible.” He would practice tightrope walking along his mother’s washing line.

After high school, a unique opportunity came up. A circus act known as The Alfraetta Sisters was thrown into disarray when one of the sisters died. The remaining sister advertised for a replacement. Speaking about his audition, Barbette said: “She told me that women’s clothes always make a wire act more impressive… and she asked me if I’d mind dressing as a girl. I didn’t; and that’s how it began.”

After leaving the circus act to pursue a solo career, his debut was at the Harlem Opera House in 1919. 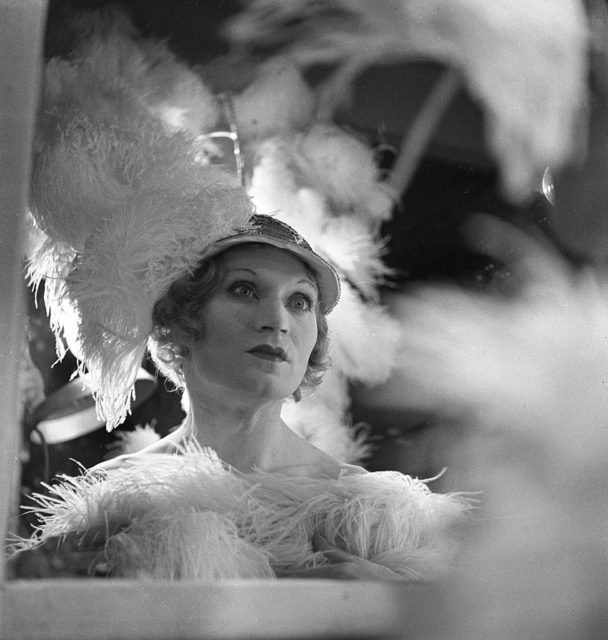 The career of Julian Eltinge reached such heights that he actually gave a command performance to King Edward VII.

When he appeared on the vaudeville stage, Eltinge didn’t choose to play a caricature of women as some other impersonators did. Instead, he would dress and act exactly like a woman for the whole performance. At the end, he would pull off his wig to surprise the audience.

He made his London debut in 1906, at which point he performed for the King, who later presented him with a white bulldog.

His most famous role was playing Hal Blake in The Fascinating Widow which opened in New York in 1911. The show ran for 56 performances then toured for several years. The success of the show led the producer to name a New York theater after Eltinge, although Eltinge himself never performed there.

After two more successful stage comedies, Eltinge went on to star in various Hollywood films, including the silent picture versions of two of his stage shows. 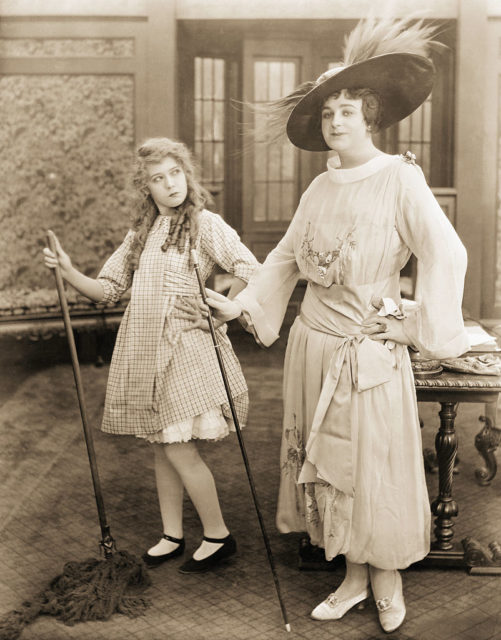 It is no particularly easy matter to impersonate the fashionable Julian Elting in a gingham dress such as demanded for the role of Rebecca of Sunnybrook Farm and with the aid of a mop handle, but even with this limited wardrobe Mary Pickford seems to succeed in doing this without any trouble. When the famous impersonator of female characters arrived at the Lasky studio recently to make his motion picture debut he was welcomed to film and by Mary, The Queen of the Screen, who in her usual gracious manner lost no time in making the new cinema recruit feel at home. (Photo Credit: Bettmann / Contributor)

When he started out, La Rue liked to call himself a “comic in a frock.” Becoming one of Britain’s highest-paid entertainers in the 1960s, La Rue was famous for his impersonations of women such as Elizabeth Taylor, Marlene Dietrich, and Margaret Thatcher.

He appeared in several films and was a pantomime regular. During his career, he became known as “the grande dame of drag.” He was appointed OBE in the 2002 Birthday Honours List, which he described as “the proudest day of his life.” 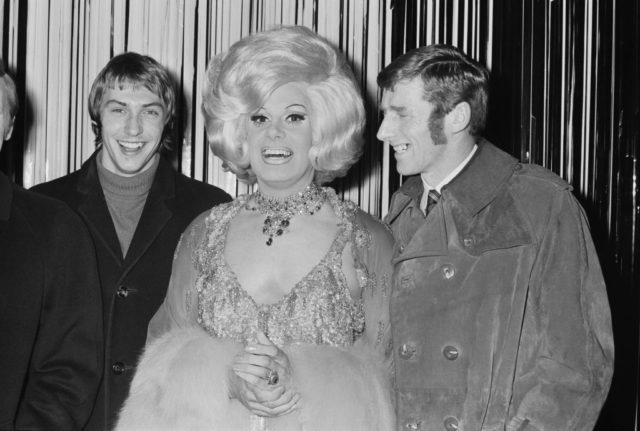 When Harris Glenn Milstead developed an interest in being a drag queen, he was given the name Divine and the tagline of “the most beautiful woman in the world, almost” by filmmaker John Waters.

Divine became part of the Dreamlanders, a group of actors who would regularly feature in Waters’s films. His career as a drag queen was a colossal success, and Divine appeared in movies, theater, and even had international chart success with songs like “I’m So Beautiful” and “Walk Like A Man.”

Various books and documentaries exist charting his life, and Divine has also been the inspiration for other artists. While People magazine described him as “the Goddess of Gross,” the New York Times said of Divine’s 1980s films: “Those who could get past the unremitting weirdness of Divine’s performance discovered that the actor/actress had genuine talent, including a natural sense of comic timing and an uncanny gift for slapstick.”

Divine really did earn his title of “Drag Queen of the Century.” 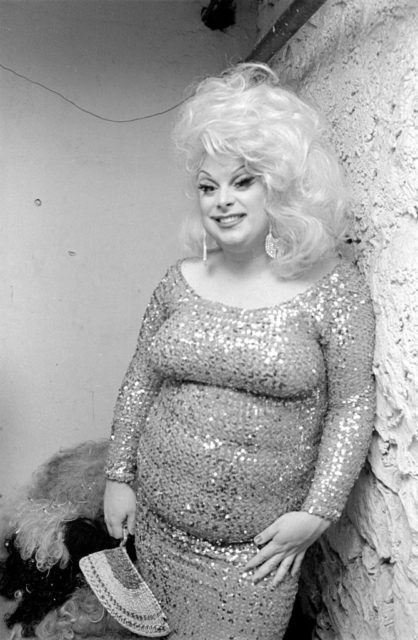 Born in August 1933 as David Raven, Maisie Trollette has been a drag queen for over 50 years – and is still going!

After Maisie met James Court and started up a drag duo, Maisie’s life partner Don Coull told her that the pair of them looked like trolls and they should glam it up a bit. The duo then created their name from the word “troll” and the diminutive suffix ‘-ette.’

More from us: A History of the Rainbow Flag

The Trollettes were regulars in the London drag scene in the 1960s and also appeared as the ugly sisters in a pantomime held in Brighton. While there, Maisie and Coull fell in love with the town and decided to settle there.

Maisie Trollette has been part of Brighton Pride ever since 1973, and there is a documentary about her life called Maisie.