A Century Later, the Mystery of ‘Lady Bluebeard’ Is Still Unsolved

The tale of Bluebeard is grim but ends in resolution. He, a wealthy man, murdered his many wives and stored their bloody corpses in a closet until his most recent wife found them. She managed to avoid being murdered herself, and her brother eventually came to save her and killed Bluebeard. The story of Belle Gunness is just as grim but with almost no resolution. Her story earned her the nickname of “Lady Bluebeard” and remains shrouded in unanswered questions and mystery. 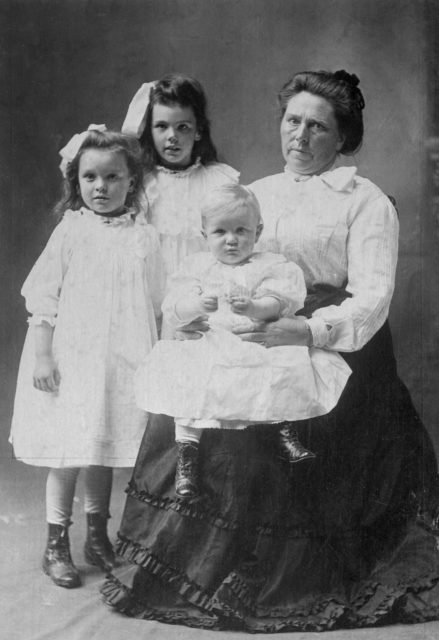 Brynhild Paulsdatter Strseth was born in 1859 in Selbu, Norway. She was the youngest of eight siblings and grew up getting her hands dirty doing farm work. Her family was rather poor and she developed a thick skin while handling life on the farm.

Brynhild got jealous after her older sister moved to the US and changed her name, and so she spent the next three years saving enough money to do the same. With funds to make the trip, Brynhild embarked on her journey to the US in 1881, changed her name to Belle, and started her new life. 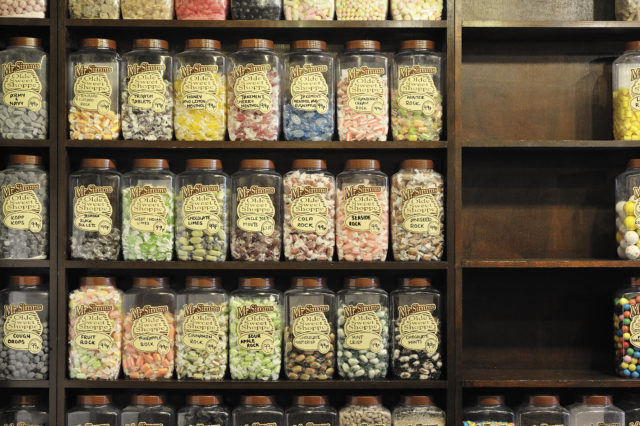 Three years into her new life, Belle met a man named Mads Sorenson. The two got married in 1884 and they opened up a candy shop. This shop was an absolute dud and they soon went bankrupt. There was no way Belle came to the US to lose all of her hard-earned money so quickly. That’s when the first of a chain of mysterious tragedies began in Belle’s life. The candy shop caught fire and burned to the ground, and Belle and Mads collected a handsome sum of insurance money.

Belle and Mads had children together but researchers disagree on how many. It is believed that they adopted a 10-year-old girl named Jennie, and also had four children of their own. Two are believed to have died in infancy from what appeared to be poison-like symptoms. Coincidently, the death of these two children may have allowed Belle to collect more insurance money.

In 1900, Mads was mysteriously found dead. His doctor declared his death of heart failure to have been caused by a pre-existing heart condition, but something was just ‘off’ about his death. Belle was in charge of his medication, and he died on the same day that two of his life insurance policies overlapped. After his funeral, Belle walked into the insurance agency and collected a very healthy sum of money.

With cash in hand, Belle moved to La Porte, Indiana, where she bought herself a farm. Before moving, however, she had met and married a widower named Peter Gunness. Peter had a daughter that Belle was not particularly fond of. While in Belle’s care, Peter’s daughter mysteriously died. After the loss of his wife and now the loss of his daughter, Peter was inconsolable. After nine months of marriage, Peter mysteriously died too. 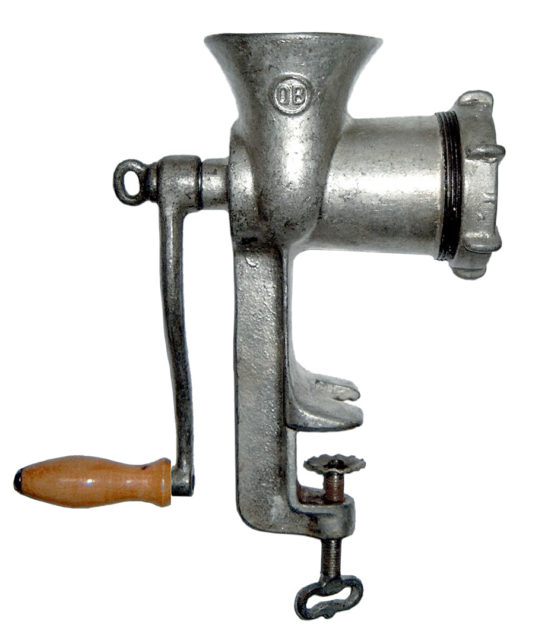 Her adopted daughter, Jennie, was overheard at school telling her friend that her mother had hit him with a meat cleaver. When Jennie was brought before a jury, she denied any claims of having said that. Unfortunately, Jennie would mysteriously disappear and her body would be found years later. 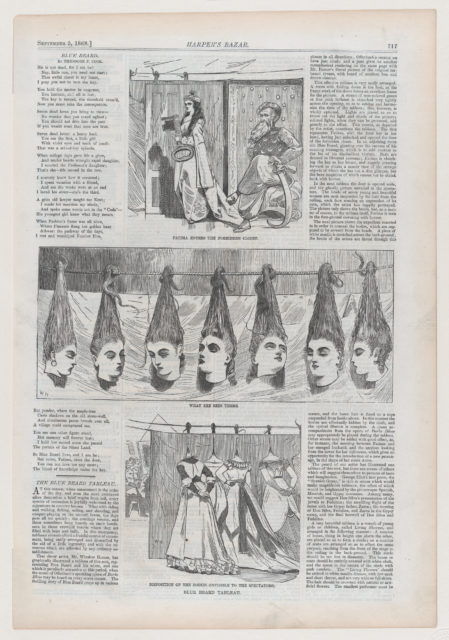 Soon after the death of her husband, Belle put an ad in out-of-town newspapers searching for wealthy suitors, and she had plenty of takers. The only stipulation was that they had to be willing to come to her farm and meet her in person. And they came. And they went missing. There is no clear number of how many men came to her farm, but Belle made quick work of poisoning them and butchering their bodies into pieces. One letter to a suitor ended with “Come prepared to stay forever”… an all too true sentiment from Lady Bluebeard.

Her hired farmhand, Ray Lamphere, was in love with her and knew of her wrongdoings. He became jealous of the men that would come to see her and she fired him, claiming he was insane. She convinced the police that he had intentions to burn down her farm, and not soon after, her farm was burned to the ground. 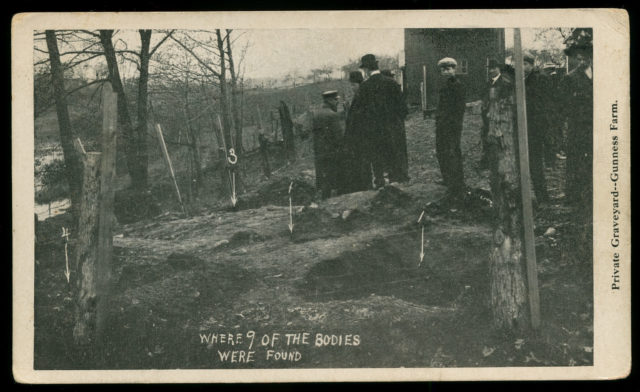 A lot of people blamed Ray for the fire. On the farm, the corpses of Belle’s children were found, as well as a headless body of a woman wearing Belle’s clothing. Most people believed she was dead, but some townspeople said the woman’s body looked nothing like Belle’s. And after a brother of one of the suitors came looking for him, he brought police to Belle’s farm and found the remains of his brother, Belle’s adopted daughter Jennie, and a large number of the men she courted.

It is believed that Belle killed nearly 40 people. The discovery of all of those corpses had many people believing that she had staged the fire herself. The police began to look for her but were unable to find her, as though she had vanished. There were alleged sightings of Belle throughout the country, but she was never caught. It’s quite possible that Belle likely lived out the rest of her life as a very wealthy woman.