On September 22, 1975, Sara Jane Moore attempted to assassinate President Gerald Ford – but she wasn’t the first woman to try.

Just 17 days earlier, as President Gerald Ford was leaving the California State Capital building in Sacramento on September 5, 1975, a young woman ran up to him and pointed a .45 caliber pistol at Ford. She pulled the trigger – only for it to make a disappointing click. The woman was 27-year-old Lynette “Squeaky” Fromme, a member of the Manson Family cult. Fromme was tackled to the ground by Secret Service agents as she yelled, “It didn’t go off. Can you believe it? It didn’t go off.” 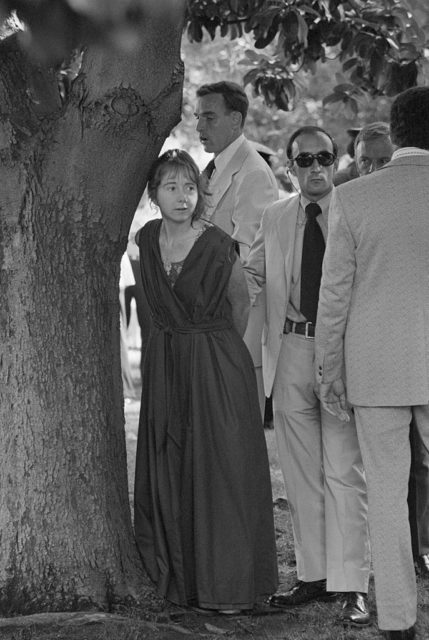 What was more shocking than the assassination attempt was what followed a mere 17 days later, when another woman attempted to finish was Lynette Fromme had started. Now it was Sara Jane Moore who pointed a gun at the president, and this time it went off.

Moore was a 45-year-old accountant and former FBI informant. The FBI approached Moore and asked her to infiltrate the radical leftist groups she had previously been a part of. When the FBI cut off all communications with Moore just four months before the assassination attempt, she became convinced the government wanted her and her fellow leftists dead. 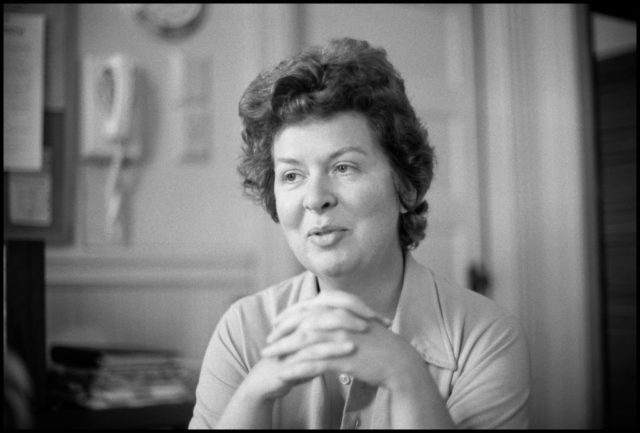 She planned the assassination to send a message to the FBI, in a 1982 interview Moore explained, “I was going to go down anyway… If the government was going to kill me, I was going to make some kind of statement.” Later on, Moore also claimed she believed that killing the president could trigger a violent revolution.

Moore practiced target shooting in preparation for the attack with a .44 caliber pistol which she planned to aim at Ford. On the same day as the assassination attempt, Secret Service agents visited Moore at her home under the suspicion she might be plotting something.

After seizing her gun, they determined she wasn’t a threat and left – giving her just enough time to purchase a new firearm. She then waited in the crowd outside the Saint Francis Hotel in San Francisco where Ford would be leaving to head to the California State Legislature. 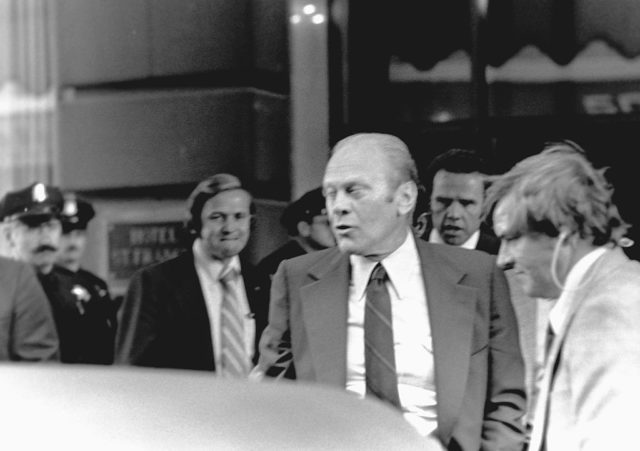 As Ford left the building, a shot rang out from the crowd and landed in the wall behind the President – a narrow miss. When Moore raised her hand to aim at her target again, a bystander saw the gun in her hand and instinctively grabbed her arm, forcing her to miss the shot. The bystander was disabled Vietnam veteran Oliver Sipple.

The second shot missed the president again, who was thrown by Secret Service into the waiting armored limousine and whisked away to the safety of Air Force One. 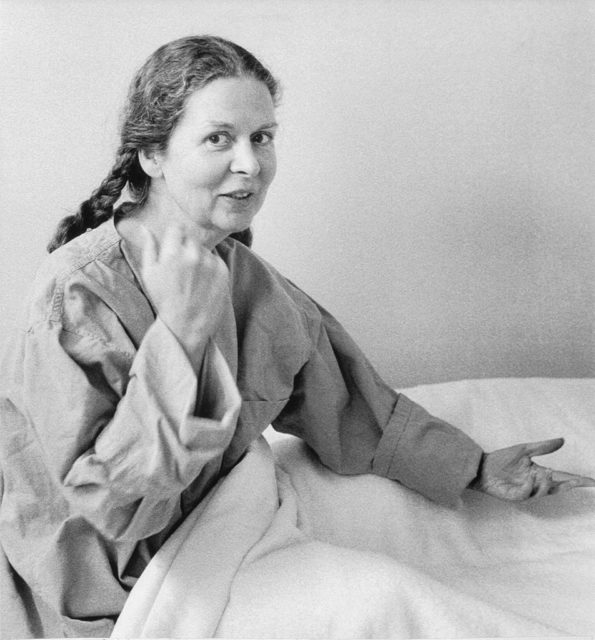 Sara Jane Moore, convicted of her attempted assassination of President Gerald Ford in 1975, from her hospital bed at the Federal Correctional Institution in Lexington. Ms. Moore was on a hunger strike for six weeks when this shot was taken. (Photo Credit: Bettmann via Getty Images).

More from us: Did This Murder-Suicide Lead to the Assassination of Franz Ferdinand and the Start of WWI?

Sara Jane Moore was taken into custody, where she told police: “If I had had my .44 with me I would have caught him.” Moore pleaded guilty in court and was sentenced to life in prison. In 2007, she was released on parole after serving 32 years in prison.