Was the ‘Mona Lisa’ Stolen by a Famous Artist?

The Mona Lisa is arguably one of the most well-known paintings around the world. It is estimated that around 10.2 million people visit the Louvre Museum in Paris every year, with 80 percent of them visiting just to see the Mona Lisa. Any of these visitors could attest to the heavy security surrounding the painting, which is kept safely behind a thick glass casing mounted to the wall.

Visitors are only able to get within a certain distance of the painting because it is kept behind barriers where tourists can stand to take photographs. But this high level of security was not always in place and is part of the reason why the Mona Lisa was stolen from the Louvre at the beginning of the 20th century.

During the investigation to find the Mona Lisa, the famous artist Pablo Picasso was suspected by police of stealing the masterpiece.

Theft of the Mona Lisa

In 1911, the Mona Lisa was stolen from the Louvre in what has been called one of the greatest art thefts of the 20th century. This was a much easier feat one hundred years ago than it would be today, given the lack of security and the fact that none of the artwork in the Louvre was bolted to the wall. 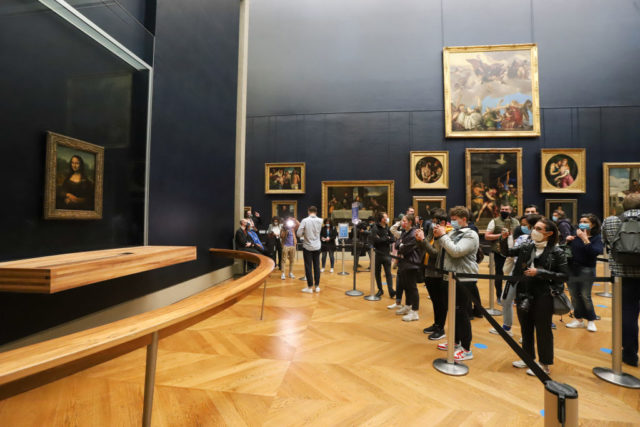 The current security surrounding the Mona Lisa which keeps the painting behind think glass, and visitors a set distance away. (Photo Credit: Marc Piasecki/ Getty Images)

After the theft occurred, it took roughly twenty-four hours for anyone to notice that the painting was actually missing, as many people assumed it had just been taken down for cleaning. When it was officially classified as missing, there were allegedly sixty French detectives put on the case to try and find the missing artwork.

Drastic actions were taken to try and find the painting, including closing the French borders in order to search ships and trains. There were also large monetary rewards offered for the painting’s safe return.

Police turned their attention to Pablo Picasso when a tip from an art thief, Honoré Joseph Géry Pieret, pointed them in his direction. Pieret admitted that he would steal small items from the Louvre and sell them. He specifically mentioned that he sold a few artifacts to an artist friend, Pablo Picasso. 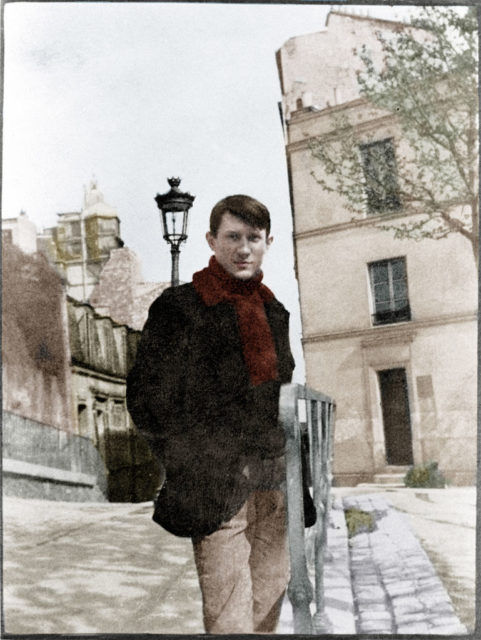 Picasso bought two Iberian statues from Pieret which came from the Louvre. He kept these in a cupboard in his city apartment. Pieret also sold similar items to Guillaume Apollinaire, who he readily threw under the bus in hopes of earning the reward for information on the Mona Lisa. 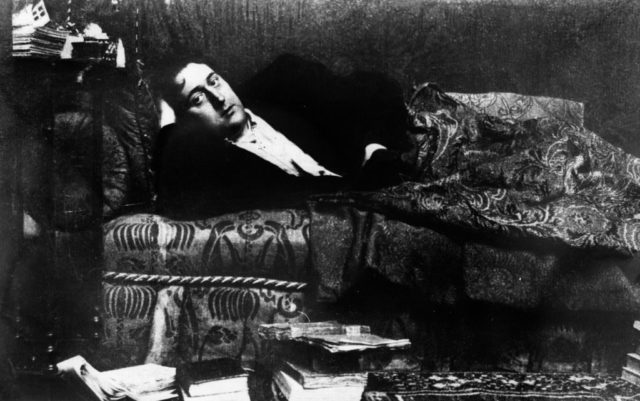 Guillaume Apollinaire lying on the divan at his home in Paris, 1909. (Photo Credit: Mondadori/ Getty Images)

Apollinaire was questioned by the authorities and named his association with Picasso. The two appeared before a judge and Picasso told the judge that he had never seen Apollinaire before, an obvious lie. The judge in their case eventually ruled that even though they possessed stolen art from the Louvre they did not steal the Mona Lisa, and he threw out their case.

The real culprit is revealed

It eventually came to light that the thief was an Italian man named Vincenzo Peruggia. This officially cleared Picasso and Apollinaire of any association they may have had with the theft. Peruggia was able to steal the painting so easily because he was also a worker hired to help make the thick glass cases for many of the Louvre’s paintings which, obviously, included the Mona Lisa. 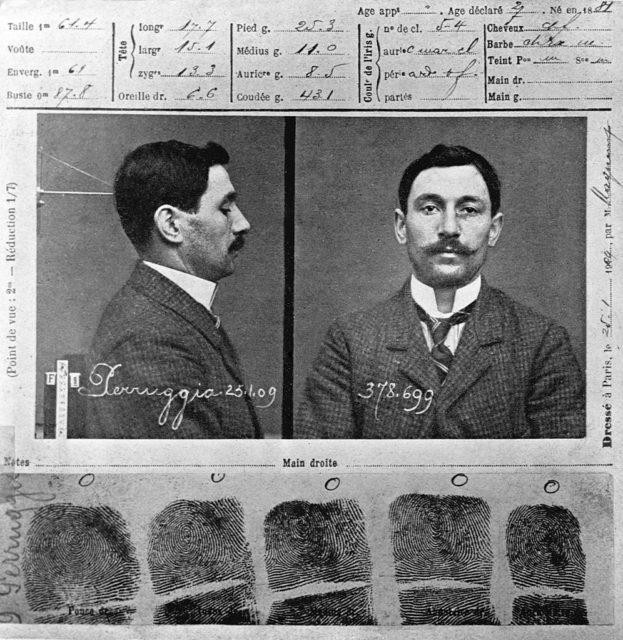 Mug shot of Vincenzo Peruggia, the Italian man who stole the Mona Lisa out of the Louvre Museum in Paris. (Photo Credit: Bettmann/ Getty Images)

He hid in a closet overnight wearing a painter’s smock, and then took the painting down the next morning and simply walked away with it. Some people say that he hid the painting under his smock, but this is unlikely due to the size of the painting. It’s more likely that he took off the smock and wrapped the painting in it. 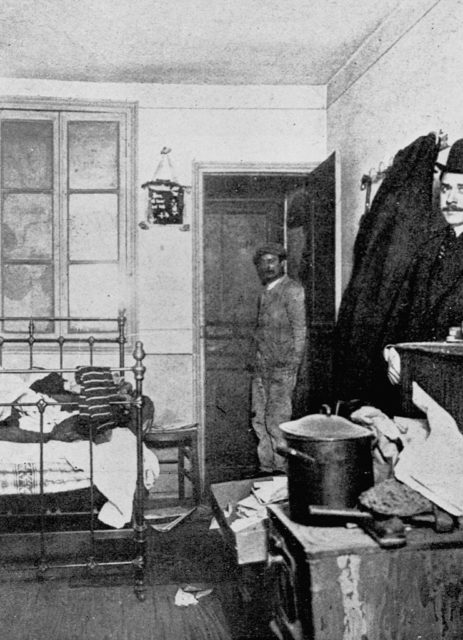 He hid the painting in his apartment in Paris for two years before returning to Italy. He then kept it in his apartment there before contacting a museum in Italy trying to sell it. The curator contacted one of his associates to authenticate the painting before they took it for safekeeping. The men contacted the police and were able to direct them to Peruggia, who was arrested in his hotel in December of 1913.

Theories on the theft

It’s not clear exactly why Peruggia stole the Mona Lisa, but there are a number of theories. Some people think that he wanted to bring the painting back to its homeland of Italy. This is what he claimed was the reason upon his arrest, as he believed that Napoleon Bonaparte had stolen the painting from the Italians. 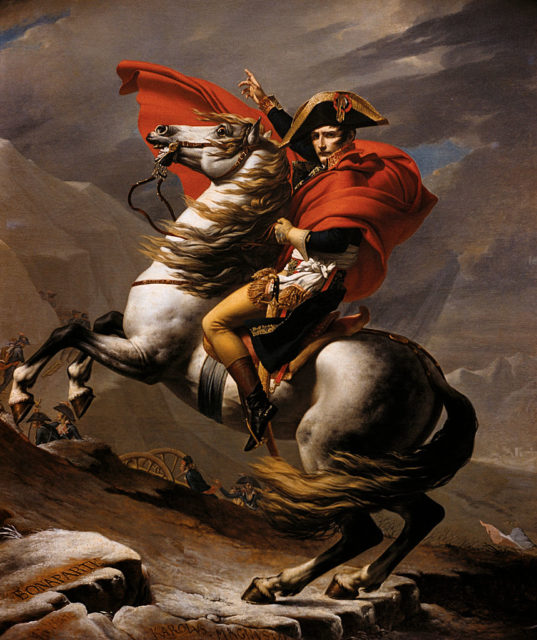 Other people believe that a man named Eduardo de Valfierno pushed Peruggia into the theft. He was a known con man who had hired art forger Yves Chaudron to make copies of the Mona Lisa which he could sell as the original only if the original went missing. However, there is some doubt about whether de Valfierno actually existed.

It is likely that Peruggia’s true rationale for the theft will never be known, but whether it was stolen for patriotic motives, or for more nefarious reasons, the Mona Lisa was returned to the Louvre in January of 1914. 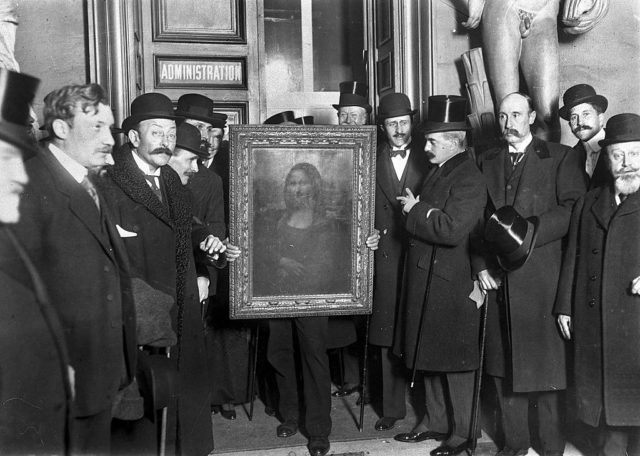 People gather around the Mona Lisa painting on January 4, 1914 in Paris, after it was returned. (Photo Credit: Roger-Viollet/ Getty Images)

« Professor Takes to Twitter to Correct Historic Misconceptions About Breastfeeding
What Does Rasputin Have to Do With the ‘This Is a Work of Fiction’ Movie Disclaimer? »