‘To Kill a Mockingbird’ at Sixty Years: Race, Reception, and a Return to the Big Screen

Sixty years after Harper Lee’s iconic novel To Kill A Mockingbird made its film debut, the classic movie is returning to theaters for fans to enjoy again.

The “Great American Novel” built on the author’s own experience

Since its release in 1962, the film adaptation of To Kill A Mockingbird has captivated audiences. While many people tend to prefer original novels to their film remakes, fans believe this one truly did Harper Lee’s book justice. 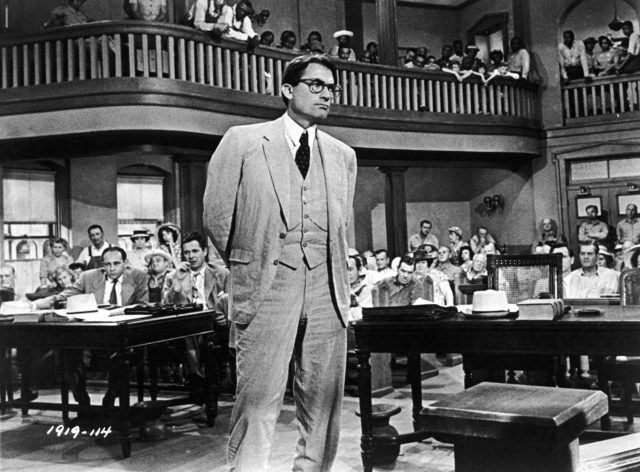 Set in a fictional Alabama town during the Great Depression, To Kill A Mockingbird follows three young children as they navigate racial prejudice in the American South. The story is told through the eyes of Scout Finch, an intelligent and stubborn young girl who loves to read and run around with her older brother Jem.

Scout’s father, Atticus Finch, is a successful lawyer. After the death of his wife, the mother of his children, Atticus struggles to be a single parent to his two children while also building a law career to support his family in a time of great financial difficulty. Atticus faces a whole new challenge when the town erupts over a case involving a Black man, Tom Robinson, who was falsely accused of attacking a white woman. 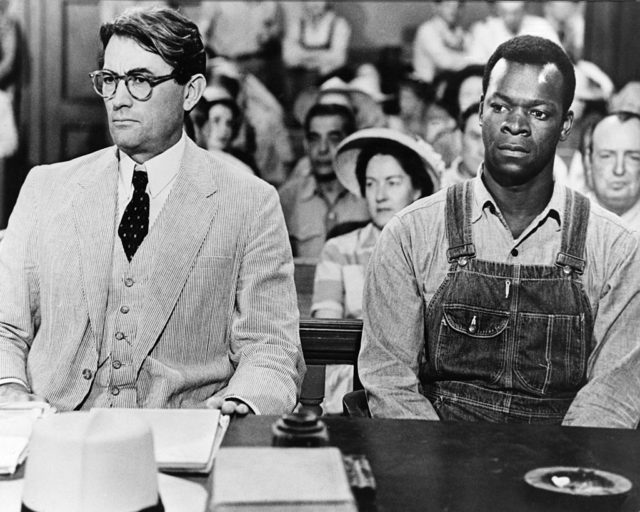 The Finch children also undergo an ordeal of their own involving a local legend about a reclusive man, Boo Radley.

Much of the novel is inspired by Harper Lee‘s own upbringing in Monroeville, Alabama. Like her character Scout, Lee grew up the youngest of four children and considered herself to be a tomboy. Her father was also a lawyer and a member of the Alabama state legislature. The events that occur in the novel are based on similar issues that erupted in Lee’s hometown in 1936 when she was ten years old. 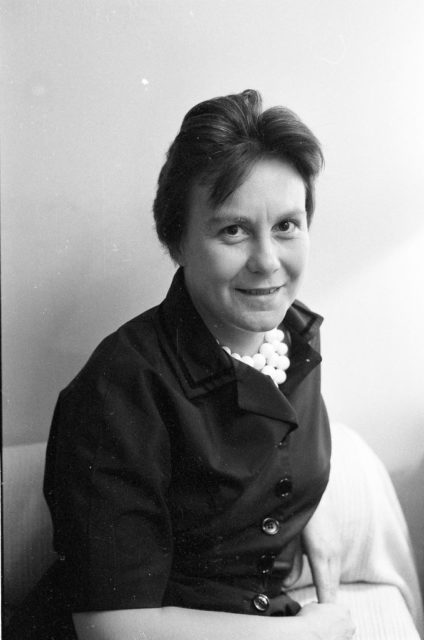 After high school, Lee attempted to follow in her father’s footsteps and go to law school but dropped out in her first year to pursue her true love: writing. Lee completed the manuscript for To Kill A Mockingbird in 1959, which was published the following year.

Her novel took home the 1961 Pulitzer Prize for Fiction and has remained a classic still taught in schools that bravely tackles assault and racial inequity in mid-century America. It remained her only novel until a sequel to her first book, titled Go Set a Watchman, was posthumously released in 2015.

Reception: from brilliant to banned

Despite fears from Lee’s editors that her novel wouldn’t sell, To Kill A Mockingbird became an overnight sensation. Today, over 40 million copies have been sold in more than 40 languages. 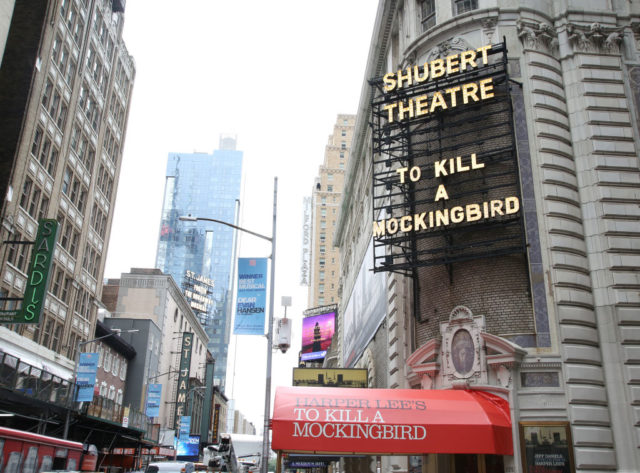 Theatre Marquee for the Broadway Opening Night Performance of “To Kill A Mockingbird” at The Shubert Theatre in New York City. (Photo Credit: Walter McBride/WireImage)

The novel is still one of the top books taught in high school English classes, as it introduces a critical moment in American history and contextualizes historic and ongoing racial injustices. However, more recently parents have called to remove the book from school syllabi due to its graphic use of racial slurs, discussion of sexual assault, and profanity. It was removed from classrooms in Virginia in 2016 and in Mississippi in 2017.

The hotly contested subject of removing one of the greatest American novels from schools continues, with some parents claiming it isn’t appropriate while others believe that making readers uncomfortable and confronting them with challenging subject matter is what makes the novel so powerful. 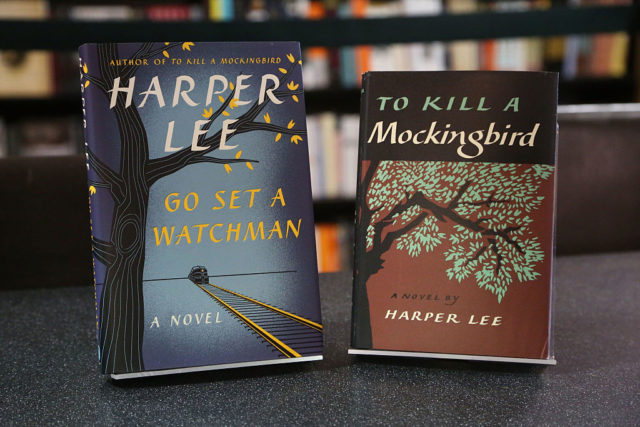 A display copy of Go Set a Watchman, the first published novel by author Harper Lee in 55 years, sits side-by-side with the first edition cover of To Kill a Mockingbird. (Photo Credit: Taylor Hill/FilmMagic via. Getty Images)

The ways in which discussing racism has changed over the last sixty years do affect how readers understand To Kill A Mockingbird today. While encouraging white readers to confront racism in their own communities by framing the novel through the eyes of another white individual was helpful to get the message across in the 1960s, today, critics believe To Kill A Mockingbird does not fully examine the lives of its Black characters, diminishing their effectiveness through “whitewashing.”

Starring Gregory Peck as Atticus Finch and introducing new stars like Mary Badham as Scout Finch, the film harnesses the same childlike wonder, paternal wisdom, and racial tension written by Lee in 1960. Peck and Badham became incredibly close on and off-screen and remained so until Peck’s death in 2003.

As part of the Turner Classic Movies Big Screen Classics initiative, To Kill A Mockingbird will be in theatres for two nights only on Sunday, November 13, and Wednesday, November 16, 2022. Other classics are also set to return to theaters as part of the Big Screen Classics series, including Cabaret, Poltergeist, and It’s a Wonderful Life. Turner Classic Movies has also announced that never before seen behind-the-scenes footage will also air in theaters with To Kill A Mockingbird. 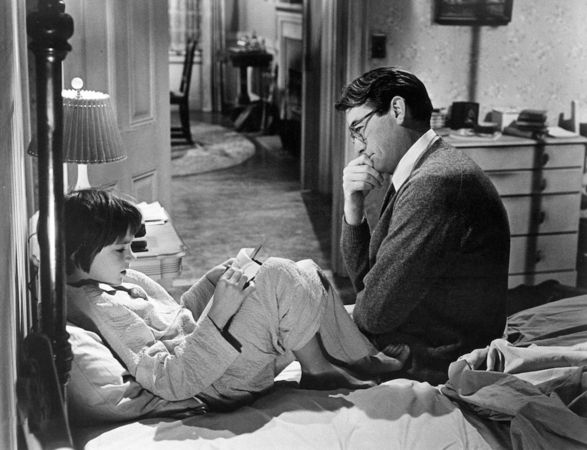 To see if To Kill A Mockingbird and other classics will be playing at a theatre near you, check your ZIP code at Fathom Event’s Turner Classic Movies Big Screen Classics page.

Now that To Kill a Mockingbird is returning to the big screen for a short time, fans will get to experience Gregory Peck’s Academy Award-winning performance all over again. From tender and difficult moments as an only father to his strong and commanding presence in the courtroom during the infamous six-minute-long summation speech – which Peck did in just one take – it’s clear to see why the American Film Institute named Atticus Finch the “Greatest Movie Hero of All Time.” 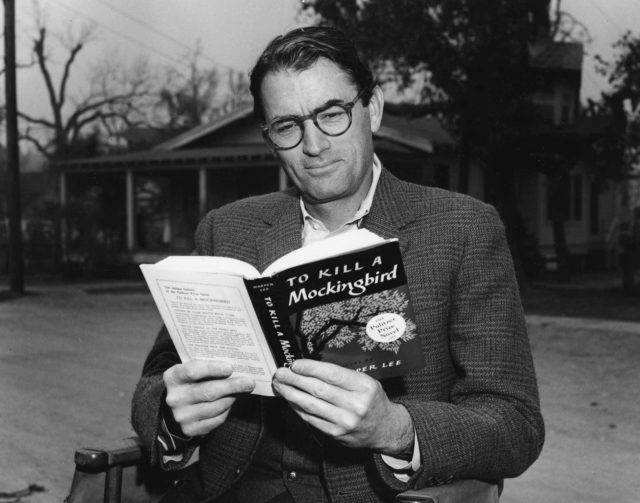 Gregory Peck reads “To Kill A Mockingbird” while on set for the film adaptation. (Photo Credit: Universal Pictures via MovieStillsDB)

In fact, Harper Lee herself was taken aback by Peck’s adaptation of Atticus, who was modeled after the author’s late father. Lee visited the set the day that Peck shot his first scene for the film – where Atticus’ children run to greet him as he returns home from his law office. Peck noticed Lee crying and when he asked what was wrong, she confided in him that Peck looked exactly like her father – noting he even had the same “round stomach.” Peck replied: “That’s not a pot belly, Harper. That’s great acting.” 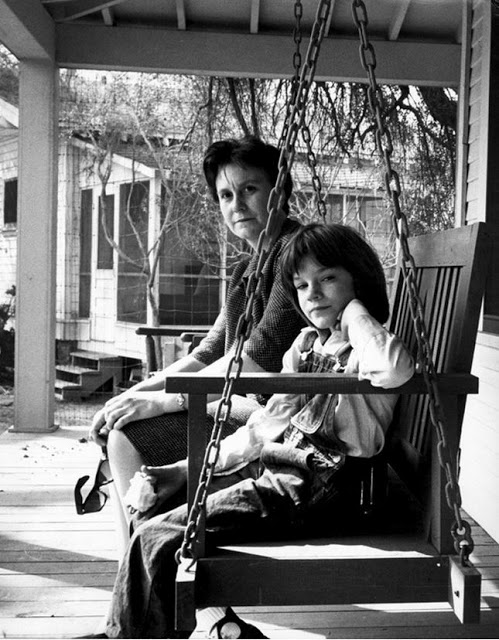 “To Kill A Mockingbird” author Harper Lee with Mary Badham, who plays Scout Finch in the film adaptation of her novel. (Photo Credit: Universal Pictures via MovieStillsDB)

Ever since then the role of Atticus Finch has only belonged to Gregory Peck in Harper Lee’s eyes. Even prior to her death in 2016, she refused to green-light a remake of the film in order to keep the original integrity that makes this timeless classic one of the best films ever made.