The question of where humans came from has fascinated the scientific community for centuries. Fortunately, there have been some incredible discoveries of different skeletons, each of which gives researchers an indication of humans in the past.

These findings have allowed scientists to create a timeline of human evolution starting with Ardipithecus, the earliest human ancestor, all the way to Homo sapiens. However, research conducted with new dating techniques challenges the established timeline, revealing that some of our ancestors may be one million years older than previously thought.

The cradle of humankind

This research was conducted in “the cradle of humankind,” located near Johannesburg, South Africa. Called Sterkfontein, it is the world’s longest-running archaeological site, and for good reason. The site has provided more than one-third of the fossils linked to human evolution. 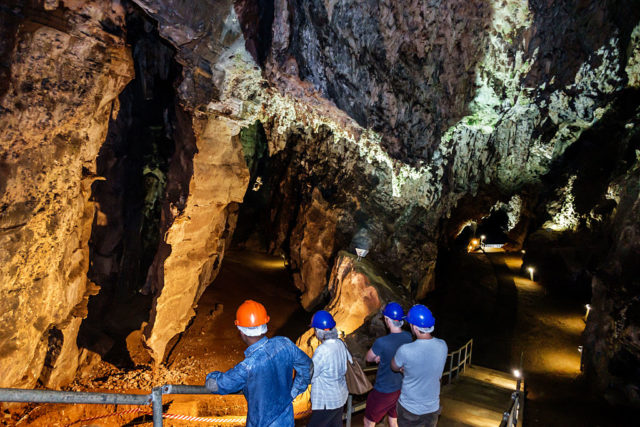 The first adult fossil was discovered at this site in 1936, followed by hundreds more. One of the most notable findings was a perfectly preserved Australopithecus africanus skull in 1947. It has since been nicknamed ‘Mrs. Ples.’ This skull and the other fossils located near it are central to the new research, as their ages were reevaluated by scientists.

Previous research indicated that Mrs. Ples and other fossils located at a similar depth in the cave were between 2.1 and 2.6 million years old, but scientist Laurent Bruxelles thought that this didn’t make sense based on the evidence. Another human ancestor, Homo habilis, would have already been in the same area at that time, and yet none of their skeletons were found at the same depth as Mrs. Ples. 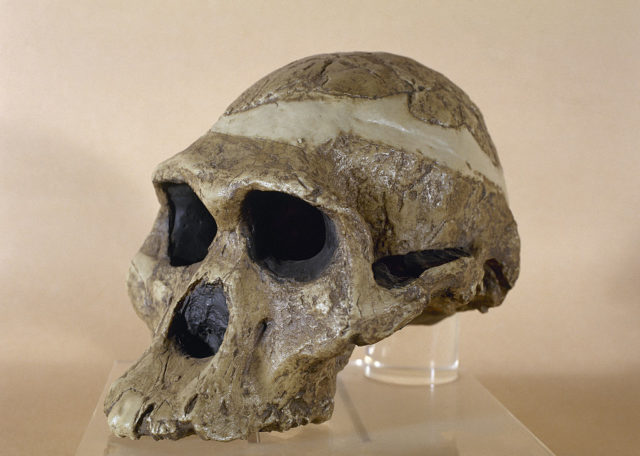 This wasn’t the only indicator that Mrs. Ples might be older than originally assumed. Another Australopithecus africanus, known as Little Foot, has been dated to 3.67 million years old. His skeleton was found in the same cave system as Mrs. Ples but they weren’t separated by enough layers in the ground for their ages to be so drastically different.

Are they really as young as they look?

Scientists tested the age of the fossils in a different way than they had previously. The fossils are too fragile to test directly so they had to assess the rocks around them instead. They used the cosmogenic nuclide dating technique which looks at the level of rare isotopes within the rocks to evaluate age. 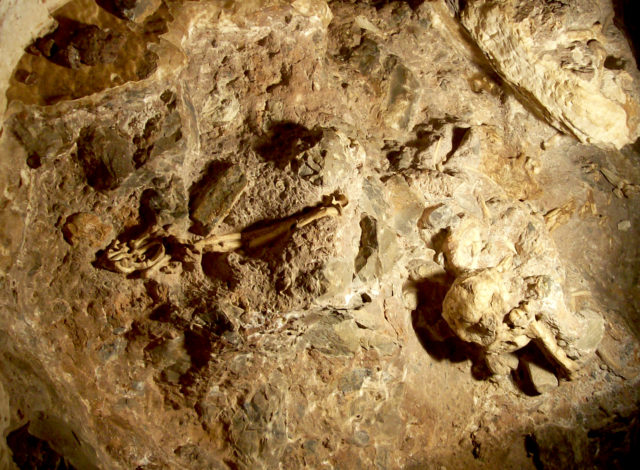 The results of this testing showed that Mrs. Ples and the fossils nearby were somewhere between 3.4 and 3.7 million years old, roughly one million years older than they were last dated. Scientists previously thought that human ancestors such as Mrs. Ples were descendants from East African Australopithecus afarensis like Lucy.

Lucy in the sky with diamonds

Lucy was the name given to a skeleton discovered in Ethiopia in 1974. She was an important discovery, as her skeleton shows that she likely walked on two legs, standing up, just like modern humans do. She got her name because the excavation team was listening to The Beatles’ “Lucy in the Sky with Diamonds” while celebrating their discovery. 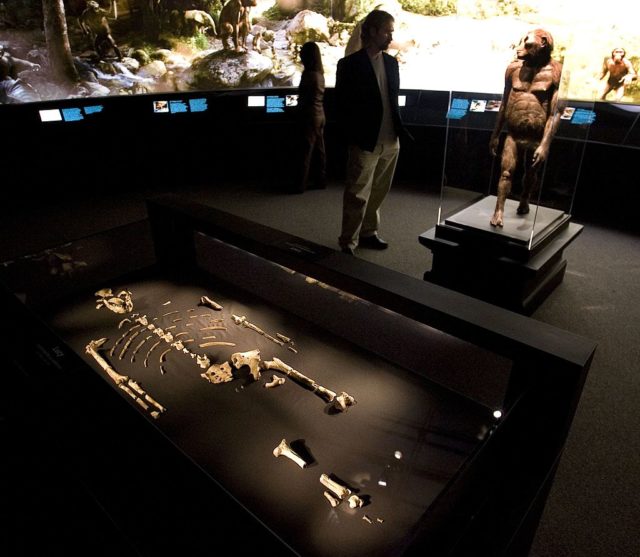 Fossilized remains of “Lucy”, the most complete example of the hominid Australopithecus afarensis, is displayed at the Houston Museum of Natural Science in Texas, 2007. (Photo Credit: Dave Einsel/ Getty Images)

More from us: A Dinosaur Embryo Has Been Found Inside a Fossilized Egg. Here’s What It Means

Mrs. Ples and Lucy being dated to roughly the same age means that both of their species would have been walking the earth at the same time. Rather than being a descendant of Lucy’s, Mrs. Ples likely shared an older common ancestor that they both evolved from, leading scientists to reevaluate the established evolutionary timeline.