A 1908 explosion in Natchez, Mississippi rocked the city to its core. The casualties of the explosion were buried at the famed Natchez Cemetery, and today there stands a statue to protect those whose lives were lost. The “Turning Angel” statue may watch you as you pass. You would have to see it to believe it, as it’s both creepy and fascinating.

Explosion at the Natchez Drug Company 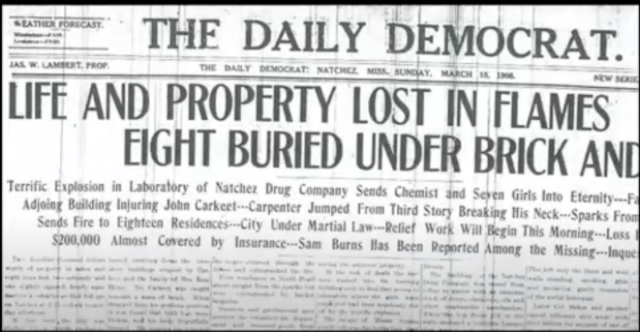 At the corner of Main and South Union Street stood the Natchez Drug Company. The building, which was originally called the Temple Opera House, was purchased in 1904 by John H. Chambliss, the president of Natchez Drug Company. On March 14, 1908, the five-story, brick building experienced a gas explosion that caused the entire structure to collapse.

That morning, employees of the Natchez Drug Company complained of the smell of gas in the building. A plumber was called for, Sam Burns, and when he arrived in the afternoon, he began to look for a gas leak. Using the light from a candle, he searched the basement. Unfortunately, he was successful at finding the leak. The explosion caused by the gas meeting his lit candle ripped through the entire building. 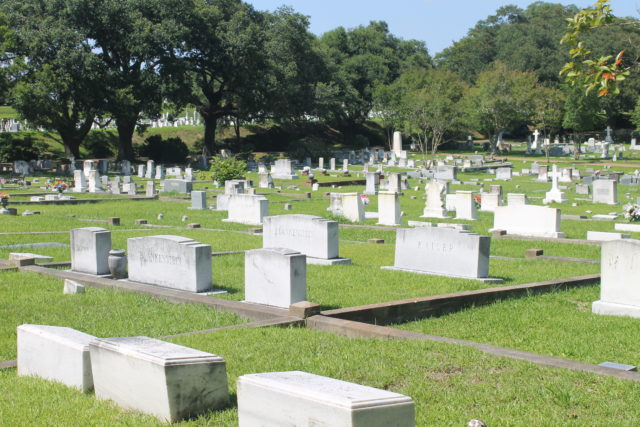 Some employees of the Natchez Drug Company were still working while the plumber was searching for a gas leak. As a result, many employees perished in the explosion. Among them were five young women, the youngest being only 12 years old. The explosion absolutely devastated the city, but it also had a significant effect on president Chambliss as well. He was upset at the loss of his company, which went out of business following the explosion, but he was utterly heartbroken at the loss of life the explosion had caused.

In an effort to share his condolences with those who lost loved ones in the explosion, Chambliss bought a lot at the Natchez Cemetery and paid for the cost of the girls’ burial. Their tombstones simply read their last names, so to commemorate those young women further, he commissioned the creation of a stone angel. The angel was placed in a location that makes it seem as though it is watching over those five tombstones. 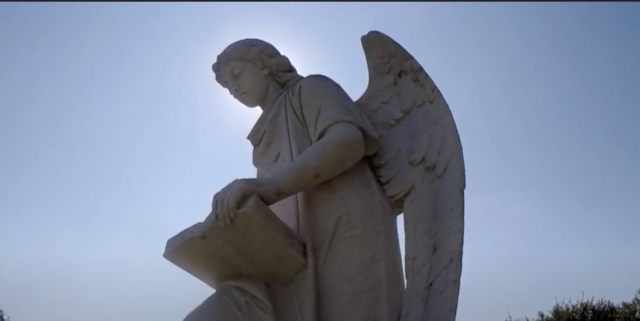 The stone angel has become an attraction in the historic Natchez Cemetery. City lore says that the stone angel actually turns to look at cars passing by on Cemetery Road. As if driving by a cemetery at night wasn’t spooky enough, some believe that the angel watches as you pass by. Said to be most visible at night, as cars drive around the bend in the road, some say that the angel’s face follows the glare of their headlights. This has given the statue the nickname, the “Turning Angel.”

Vandalism of the monument 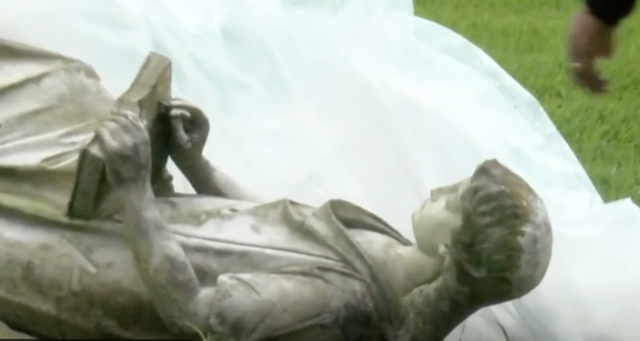 The “Turning Angel” lays on its back after a criminal vandalized the monument. (Photo Credit: WJTV 12 News / Youtube screengrab)

On Jun2 23, 2020, the “Turning Angel” was found damaged, lying on its back on the ground. Workers of the cemetery found the monument there and contacted the police. Through surveillance cameras, it was determined that someone had vandalized the statue by rocking it back and forth until it fell off of its pedestal at 1 am that morning. The damages to the “Turning Angel” are estimated to be approximately $40,000.

More from us: How Did An Entire Choir Survive a Church Explosion in 1950?

A fund has been set up to help raise donations to restore the monument to its original beauty and rightful place watching over the five young ladies whose lives were tragically lost in the Natchez Drug Company explosion.