Emmett Till was just 14 years old when he was murdered while visiting his family in Money, Mississippi in 1955. It was reported that Till went into a store owned by Carolyn Bryant and her husband to buy some candy where he may have wolf-whistled at her on his way out. Word of this got back to her husband, Roy Bryant, and his half-brother, J.W. Milam.

A few days later, Bryant and Milam snuck into the home where Till was staying and forced him into their truck. His body was found three days later, disposed of in a river, badly beaten and shot in the head. Despite there being eyewitness accounts leading to his kidnappers, no one has ever been convicted.

Beginning of the investigation

Bryant was picked up early on in the investigation. He admitted to kidnapping Till, but said that he released him unharmed. Milam later turned himself in, but when the body was discovered both men were charged with murder. 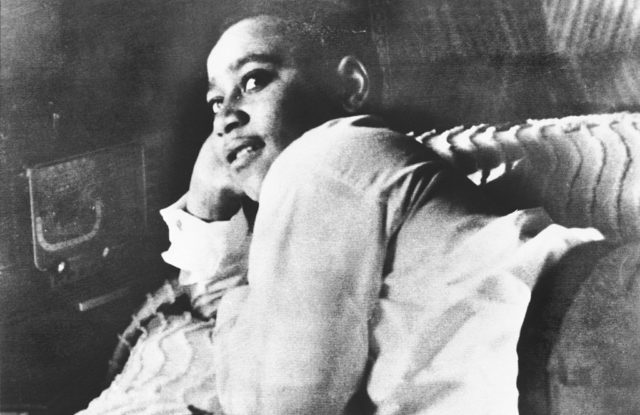 Emmett Till is shown lying on his bed, 1954. (Photo Credit: Bettmann/ Getty Images)

Carolyn Bryant, one of the witnesses in the trial, began embellishing the story of what happened in the grocery store, telling reporters she would testify that Till mauled her and made indecent proposals. Bryant and Milam’s defense essentially became justifiable homicide, based on what Carolyn testified happened in the store. Neither man testified during the trial.

Bryant and Milam’s defense attorney said in his closing arguments to the all-white, male jury that if they didn’t free the pair that “[y]our ancestors will turn over in their grave, and I’m sure every last Anglo-Saxon one of you has the courage to free these men.” Neither Bryant nor Milam were charged, despite significant evidence presented in the trial that they were guilty. 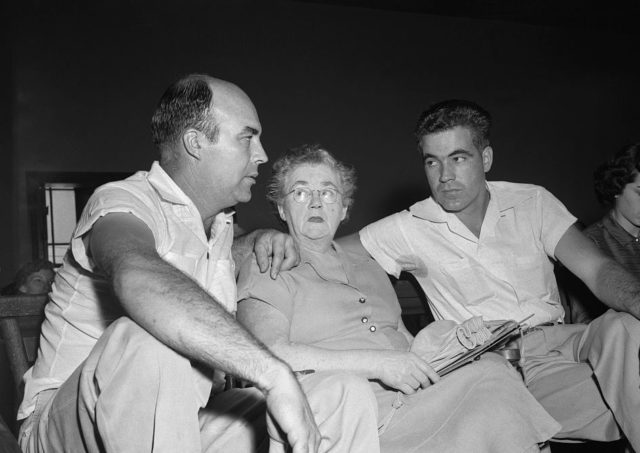 Not only was evidence given in the trial that proved their guilt, but they confessed to the murder of Emmett Till in an interview with Look magazine after the trial concluded. They said that they had killed him and just how they had done it.

The case has been reopened a number of times over the past 70 years. It was first opened by the Department of Justice in 2004 as part of their Cold Case Initiative, which investigated historic racially motivated murders. Even though they opened an investigation, they decided that they lacked jurisdiction to bring forward federal charges. 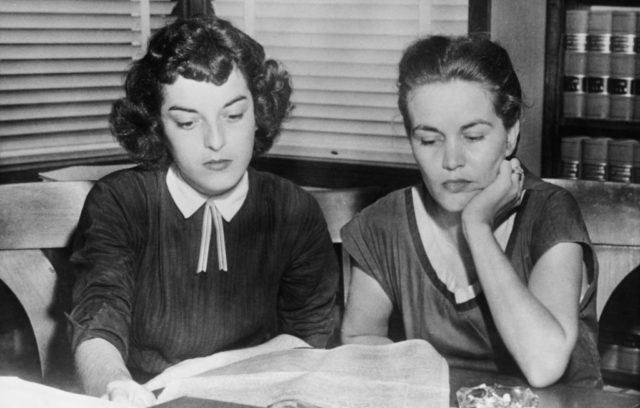 Carolyn Bryant (left) and Juanita Milam, the wives of Roy Bryant and John William Milam, who stand accused of the kidnap and murder of Emmett Till, sitting in their husbands’ lawyer’s office, 1955. (Photo Credit: Bettmann/ Getty Images)

It was reopened again by the FBI in 2017 after Professor Timothy Tyson published evidence from a 2008 interview with Carolyn Bryant in his book, The Blood of Emmett Till, where she revealed that she wasn’t truthful in her testimony. When she was asked by the FBI about recanting her testimony, she denied it. They concluded that there was insufficient evidence to prove she lied about this and the case was closed again.

While no one was prosecuted for the murder of Emmett Till, a group of people have been looking through old trial documents for more evidence about his death. A search started by the Emmett Till Legacy Foundation, including Till’s cousin, Deborah Watts, and her daughter, Teri Watts, recently turned up new information in the case.

They found a warrant for the arrest of Carolyn Bryant (now Donham) due to her identifying Till to the men who killed him. The warrant was even reported in the papers after Till’s death but it was never served because the Sheriff didn’t want to bother the mother of two. 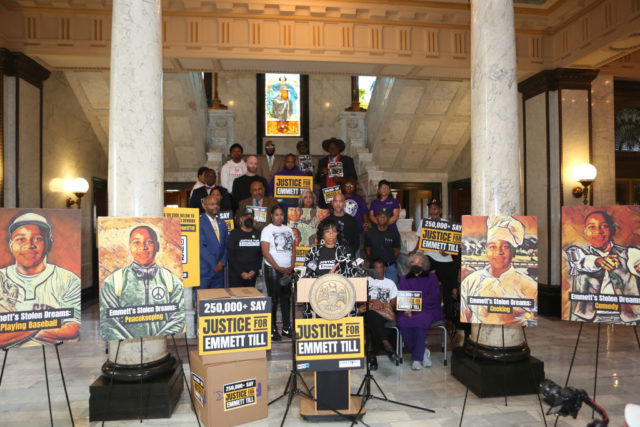 The Emmett Till Legacy Foundation called for authorities to use the warrant to arrest Carolyn Bryant Donham. They argued that the discovery of this warrant marks new evidence in the case. An attorney working with the family said that there is no evidence that the warrant was dismissed so it could still be used.

Seen for the first time in 20 years

With the discovery of the old arrest warrant, interest in Carolyn Bryant Donham was again sparked. After the discovery, protestors visited a residence in Raleigh, North Carolina, which is where they believed she was living. They delivered an eviction notice to the location as well as to another potential address where she might live.

When they arrived, however, they were informed by another resident that she no longer lived there. They left when told she lived in a different retirement home. Investigators have since discovered her living elsewhere in the US. The Daily Mail reportedly tracked her down, claiming she lives in an undisclosed town in Kentucky with her son.

The fugitive #CarolynBryant has finally been found, and living in an apartment in Kentucky. It’s been 20 years since she was last seen. This is a win for justice, this is a win for the Emmett Till family. #PullUpSeason pic.twitter.com/pNFFjiG4k2

For almost 20 years she has stayed out of the public eye and this investigation is the first time that the public has seen her since she was living in Raleigh, North Carolina in 2004. She is apparently on end-of-life care in a shared apartment, suffering from cancer as well as being legally blind.

When the Daily Mail went to the door and asked if she would discuss the events of Emmett Till’s death, her son shook his head “no” while Bryant Donham stood beside him without making any comments.

A grand jury declined to indict

Just days after the sighting, a grand jury in Mississippi declined to indict Carolyn Bryant Donham on charges of kidnapping and manslaughter. A grand jury heard seven hours of testimony from witnesses and investigators but said there was insufficient evidence for an indictment. 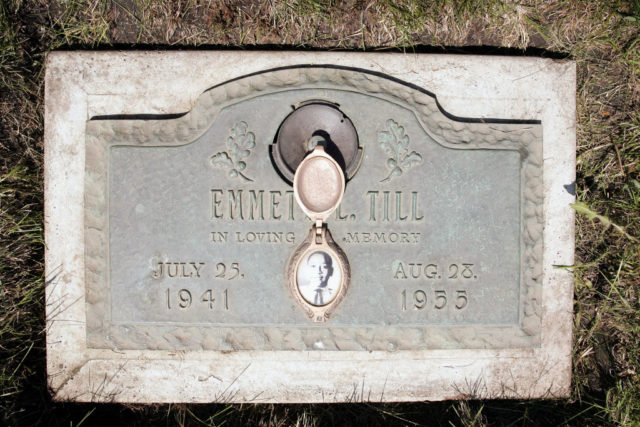 A plaque marks the gravesite of Emmett Till at Burr Oak Cemetery May 4, 2005 in Aslip, Illinois. (Photo Credit: Scott Olson/Getty Images)

Leflore County District Attorney Dewayne Richardson issued a statement regarding the decision. “After hearing every aspect of the investigation and evidence collected regarding Donham’s involvement, the Grand Jury returned a ‘No Bill’ to the charges of both Kidnapping and Manslaughter. The murder of Emmett Till remains an unforgettable tragedy in this country and the thoughts and prayers of this nation continue to be with the family of Emmett Till.”

It is now increasingly unlikely that Donham will ever be prosecuted for her role in the events that led to the lynching.