Sixty-four-year-old Andie MacDowell is an American model and actress who rose to fame for her features in films like Sex, Lies and Videotape (1989), Groundhog Day (1993), and Four Weddings and a Funeral (1994). She has long been known for her wild, curly dark hair and striking eyes, but has recently embraced a change in her appearance. For many, aging comes with gray hair, and MacDowell felt it was time she let her silver natural color shine through.

Growing up with an alcoholic mother affected her 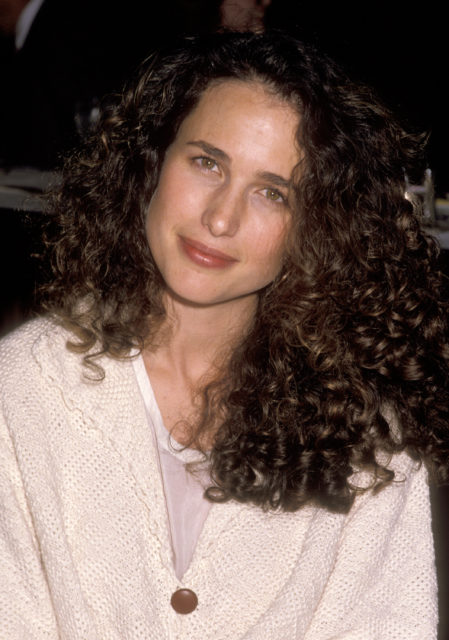 Born in April 1958, MacDowell grew up the youngest of four siblings. She lived with her mother, who was a music teacher and an alcoholic. Seeing her mother struggle with alcoholism has largely kept Andie away from alcohol. She once explained how she “can feel it in my veins after the first sip.” Steering clear of alcohol and smoking, MacDowell has aged quite gracefully.

She says that her childhood has helped shape her into the woman she is today. MacDowell remarked, “of course, growing up with an alcoholic mother affected me. But I’m always constantly working on myself. I have done a lot of therapy. I can’t say I’ve always been guided in the right way to look at myself, but at least I have looked at myself, tried to be a better person and have better relationships.” 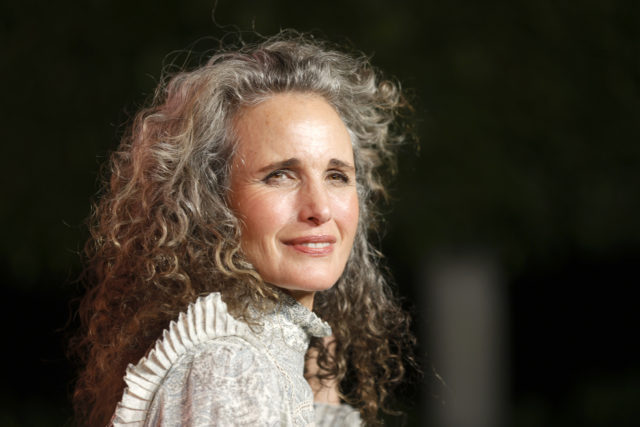 During the COVID-19 pandemic, MacDowell gave up on her hair-coloring routine, despite her managers telling her ‘”It’s not time.” She explained that she had been touching up her roots since she was 40 years old, but was unhappy. “I was kowtowing to everybody else’s beliefs, but I truly want to be where I am and look my age.” Ignoring the advice of her managers, MacDowell let her silver hair shine through.

She began letting her grays emerge in quarantine in 2021. She said, “I wasn’t coloring my hair… and you could see my roots, and my daughters kept telling me that I looked badass. and that idea that I could look badass really appealed to me.” With her daughters’ support, she fully embraced her graying hair and debuted it at the 74th Cannes Film Festival. 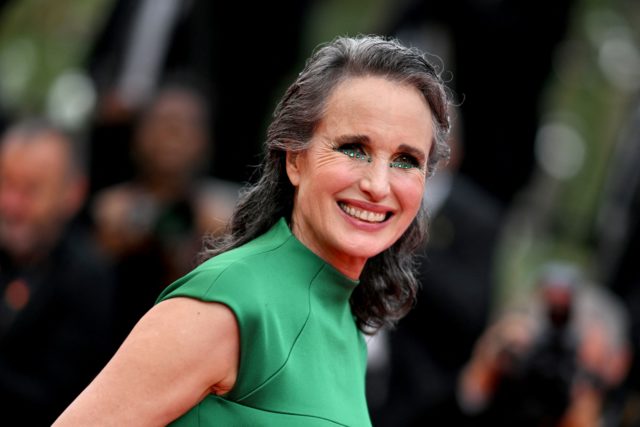 MacDowell wasn’t sure what the reaction to her new hair would be, but she was surprised and pleased that it was overwhelmingly positive. Onlookers at the Festival loved her new look, which was perfect for her as she “always wanted to be salt and pepper.” She explained, “I was relieved people weren’t cruel. They could have been mean to me. But everybody was very loving and kind and I was relieved because I really like it. I feel more comfortable.”

For MacDowell, letting her gray hair come through just felt right. “It was just so clear to me that my instincts were right because I’ve never felt more powerful,” she said. “I feel like I’m not pretending. I feel like I’m embracing right where I am. I feel really comfortable. And in a lot of ways, I think it’s more striking on my face. I just feel like it suits me.”

She still struggles with aging 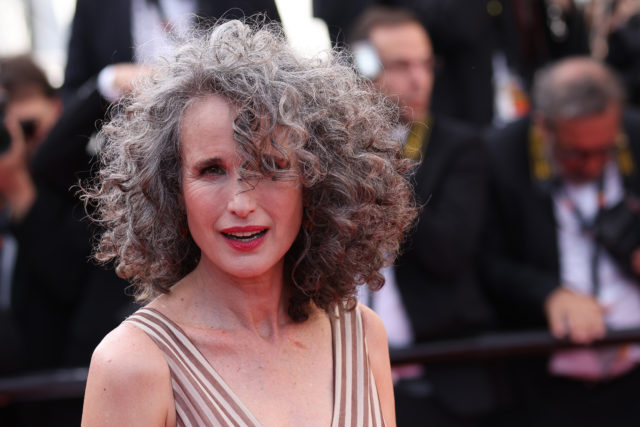 Although she has embraced her gray hair, there are other aspects of aging that MacDowell continues to struggle with. For one thing, she said she is constantly having to work on loving her stomach as it gets bigger with age. She even consulted a facialist about having a cosmetic procedure to raise her eyebrows, but decided not to go through with it when the facialist said her eyebrows are “sultry and perfect.”

One of the ways she helps quiet her struggle with accepting older age is by reducing the amount of time she spends in front of the mirror. The less she spends in front of her reflection, the less she focuses on the parts of her that have changed with age. “Don’t look at yourself in bad light,” MacDowell adds. “I just don’t have very many mirrors around. The ones in my bathrooms all have great lighting.” 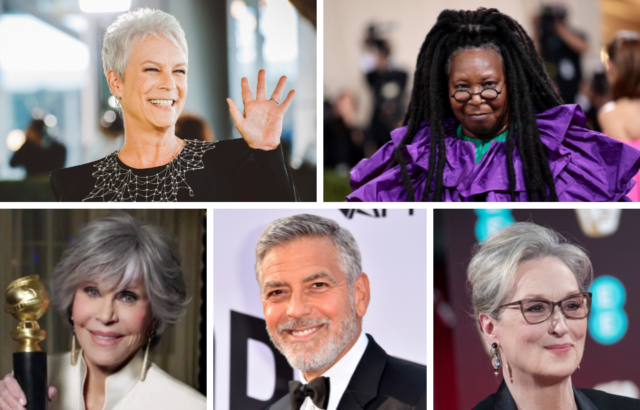 MacDowell is not the first actress to embrace her graying hair, and has now joined a group of actors and actresses who have been dubbed “silver foxes.” Celebrities like Jane Fonda, Whoopi Goldberg, George Clooney, Meryl Streep, and Jamie Lee Curtis have all welcomed their silver hair.

More from us: Facts About ‘Groundhog Day’

MacDowell even said, “I like to compare myself to George Clooney because why not?” For her, it was the perfect time to make the transition into gray hair as it suits her personality and who she is now.