Since 1990, PEOPLE Magazine has published a special cover showcasing the “Most Beautiful Person” for that year. Ever since, a host of stunning celebrities have graced the cover – with 76-year-old actress Helen Mirren taking the title for 2022. Let’s take a look back at the ten most beautiful people since the tradition began! 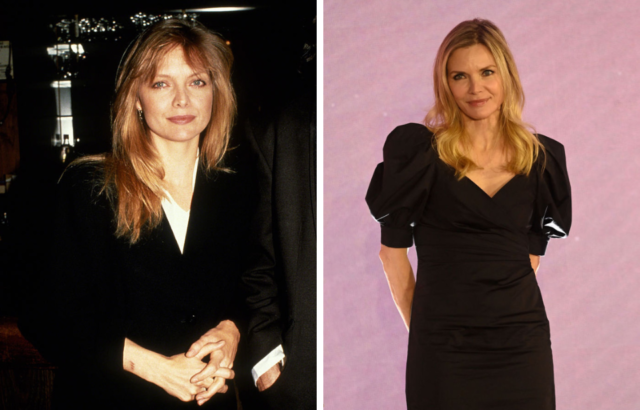 Before becoming an actress, Michelle Pfeiffer was studying to be a court stenographer until she realized her true calling in Hollywood. Four years after starting acting, she landed her first leading role in Grease 2 (1982) which was a flop in theaters. Looking to avoid being typecast in roles as the blonde, attractive girl, she challenged herself to take on more complex material which ultimately earned her breakout role as the iconic Elvira Hancock in Scarface (1983).

Since then, Pfeiffer went on to become one of Hollywood’s favorite leading ladies of the ’80s and ’90s. She was given the honor of being named PEOPLE’s first ever “Most Beautiful Person” in 1990. Today, the 64-year-old actress continues to work in films, including reprising her role as Janet Van Dyne in the 2023 sequel Ant-Man and the Wasp: Quantumania. 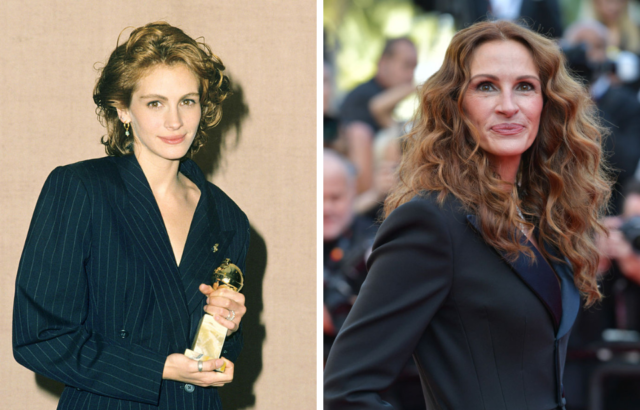 Actress Julia Roberts remains one of the most prolific actors in Hollywood. Born in 1967 in Georgia, Roberts studied journalism until she decided to try her hand at acting – following in the footsteps of her brother Eric. By 1990, 23-year-old Roberts had landed her breakout role in Pretty Woman, which got her an Oscar nomination.

In 1991, the year she was named PEOPLE‘s Most Beautiful Person, Roberts won a Golden Globe for Best Actress for Pretty Woman. 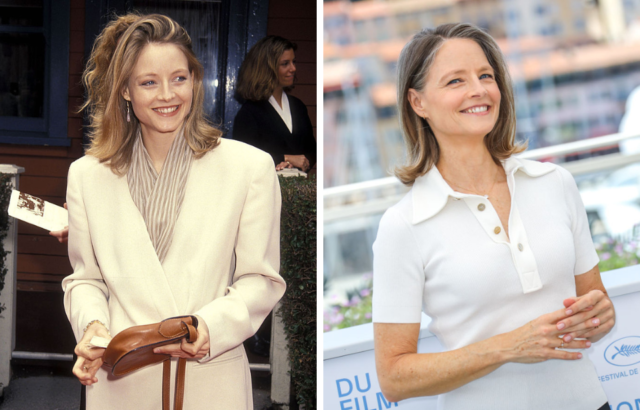 Jodie Foster started her acting career when she was only two years old! She continued to work in acting until her breakout role in Taxi Driver (1976) which landed her an Academy Award nomination for Best Supporting Actress. She paused her acting to study English Literature at Yale University. There, she was terrorized by stalker John Hinkley Jr., who would later go on to murder Beatles musician John Lennon as the ultimate “tribute” to Foster.

Even though Foster never formally studied acting, she managed to win two Oscars before she reached 30. When she was named PEOPLE‘s Most Beautiful Person in 1992, Foster was receiving accolades for her iconic role as Clarice Starling in Silence of the Lambs (1991). 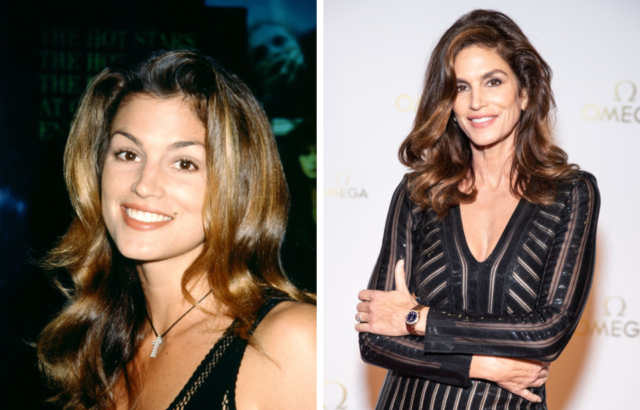 By 1993, supermodel Cindy Crawford was everyone’s favorite “it girl.” Alongside other ’90s icons like Kate Moss and Naomi Campbell, Crawford was one of the first models to transcend the traditional role of fashion models and rise to celebrity status. Crawford isn’t just a pretty face, though. She graduated top of her class as valedictorian and later enrolled at Northwestern University to study chemical engineering, but decided to pursue modeling full time.

As her fame grew, Crawford continued to push the envelope by discussing serious issues in public, giving interviews about her childhood, her parents’ divorce, and the death of her brother from leukemia. She was one of the first models to ever sign a multi-million dollar contract with big companies like Pepsi and Revlon. Today, she continues to model and performs a host of other duties through various media outlets. 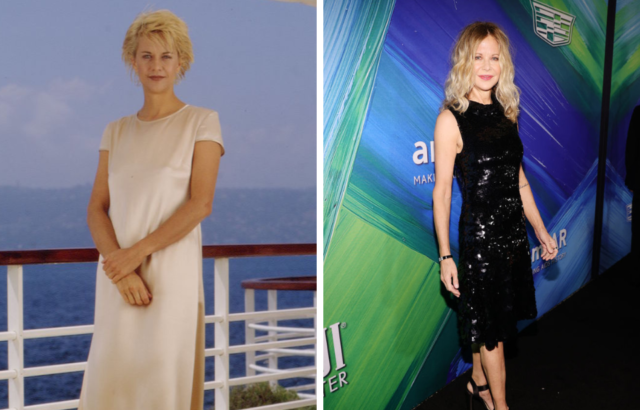 You’ve got mail, and Meg Ryan is on the cover! Ryan became America’s sweetheart in classic rom-coms like When Harry Met Sally (1989), Sleepless in Seattle (1993), and You’ve Got Mail (1998), but she originally soared to new heights in Top Gun (1986). By 1994, Ryan was one of Hollywood’s most sought-after actors who frequently played spunky and loveable leads in some of the best comedies of the ’90s. 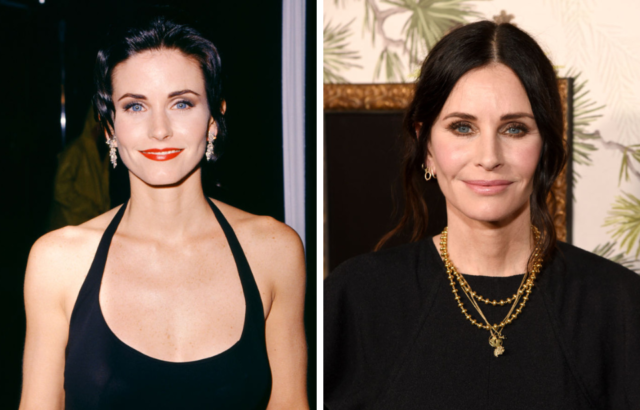 Courtney Cox made it big as everyone’s favorite neat-freak Monica Geller in the hit ’90s TV show Friends – even though she was originally given the role of Rachel. When Cox was named Most Beautiful Person in 1995, Friends had already become a smash hit when it premiered the previous year.  This catapulted the young actress to fame.

Cox followed it up as the tough reporter Gale Weathers in the Scream horror movie franchise, beginning with the first film in 1996. More recently, Cox returned to the franchise for the 2022 reboot. Cox married her Scream co-star David Arquette in 1999, but in 1995 she had just ended a serious relationship with Batman‘s Michael Keaton. 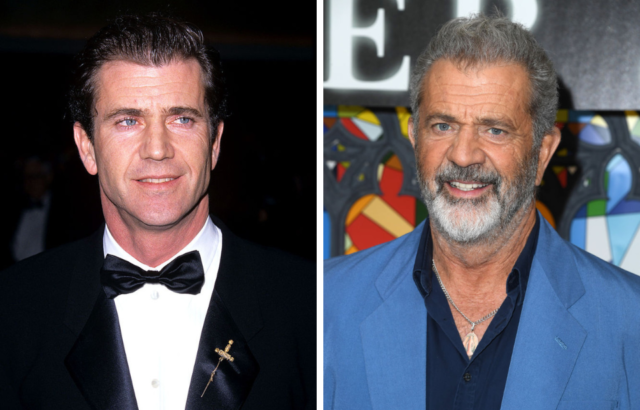 It’s no wonder one of the greatest action stars of the ’90s was deemed PEOPLE’s Most Beautiful Person in 1996. But before the epic adventures and kilts, Mel Gibson‘s career began in the most unlikely way: as a Shakespearean actor. After joining the Southern Australian Theater Company, where he played title roles in Shakespearean classics like Henry IV and Oedipus, Gibson landed his first major film role in the gritty futuristic thriller Mad Max (1979).

In 1985, Gibson took a break from Hollywood and returned to Australia to complete another Mad Max movie when he was named PEOPLE Magazine’s first-ever “sexiest man alive.” He continued to garner major success with the Lethal Weapon franchise and the historical epic Braveheart which dominated the 1995 Academy Awards – and likely led to Gibson’s cover as Most Beautiful Person for 1996. 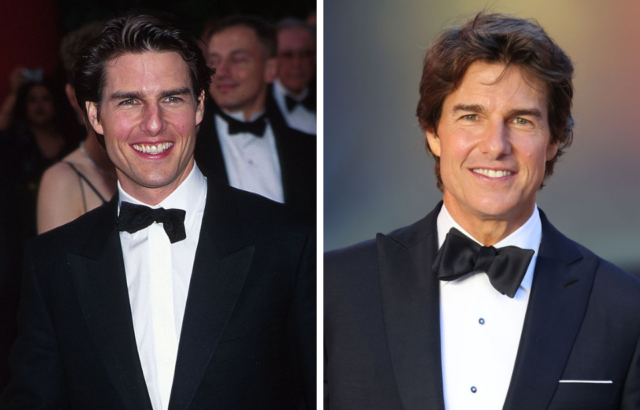 Before he was Tom Cruise, he was Thomas Cruise Mapother the Third – a Franciscan seminary student. At 18 years old, he decided to leave his religious studies to pursue a career in acting. He moved to New York City, and the risky decision paid off. Following his film debut in 1981, Cruise went on to be one of the biggest heartthrobs of the ’80s – especially after playing the charismatic fighter pilot Maverick in Top Gun (1986).

By 1996, Cruise had released two of his most famous films, Interview with the Vampire (1994), Mission: Impossible (1996), and Jerry McGuire (1996) – its no wonder PEOPLE named him Most Beautiful in 1997 after a landslide of hit films. Cruise continues to be one of Hollywood’s biggest names, with the most recent success being a sequel to the film that helped started it all, Top Gun. 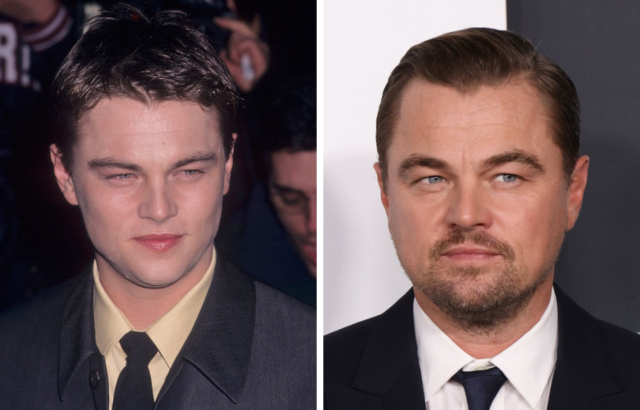 Of course, PEOPLE named the unsinkable Leonardo DiCaprio its Most Beautiful Person in 1998. The year prior, DiCaprio captured the hearts of millions as Jack Dawson, the tragic love interest in James Cameron’s iconic film Titanic. Prior to Titanic, DiCaprio was already a rising star in Hollywood with leading roles in What’s Eating Gilbert Grape (1993) and Romeo and Juliet (1996).

Following his success in the late ’90s, DiCaprio has continued to make a name for himself in countless popular films. Gangs of New York (2002), Catch Me if You Can (2002), The Departed (2006), Inception (2010), Shutter Island (2010), and The Wolf of Wall Street (2013) are just a sliver of his portfolio. Perhaps “Leo’s” most renowned role in recent years is the one that finally landed him the Oscar win fans claimed he was snubbed of several times: The Revenant (2015). Beyond his acting work, DiCaprio is also an active environmentalist who strives to inform people about the catastrophic effects of climate change. 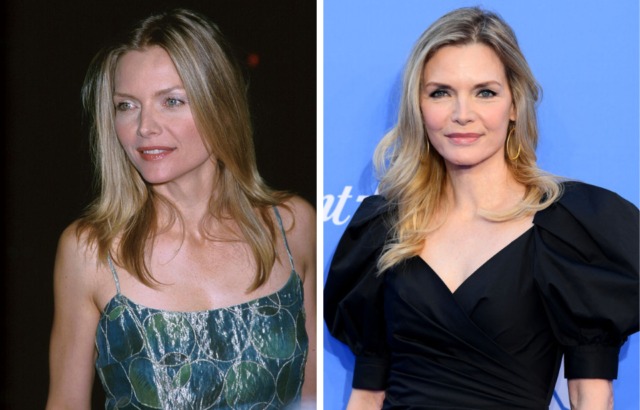 Nine years after being named PEOPLE‘s first-ever Most Beautiful Person, Michelle Pfeiffer was given the title a second time. Around 1999, Pfeiffer took a step back from acting to focus on her family life. She began dissolving her film production company Via Rosa Productions and moved into semi-retirement but has continued to star in films since. 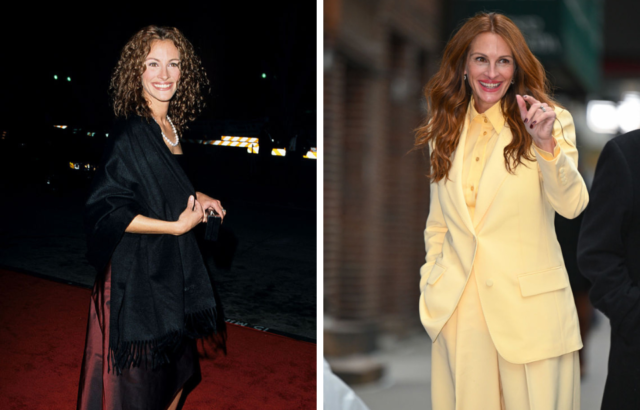 In 2000 Julia Roberts hit the new millennia running, starring in three hit films that year: Notting Hill, Runaway Bride, and Erin Brockovich (which won her the Oscar for Best Actress in 2001). Despite being only 32, this was Robert’s second PEOPLE cover since her first in 1991. 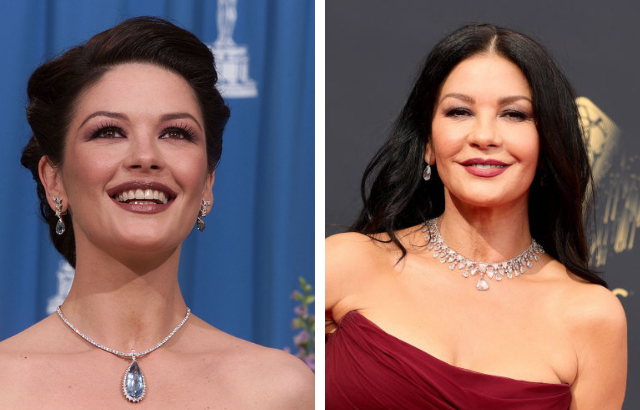 In 2001, actress Catherine Zeta-Jones starred alongside fellow ‘beauty’ Julia Roberts in America’s Sweethearts. She was 32 when she received PEOPLE‘s award. She is 52 today and looks as great as ever.

More from us: Popular ‘It Girls’ in Their 50s and Beyond: See Your Favorites, Then and Now

Fun fact: in 2010, Zeta-Jones was appointed Commander of the Order of the British Empire (CBE) by the Monarchy of the United Kingdom for her contributions in film and charity.

« We Have a Back Injury to Thank for Gregory Peck’s Successful Acting Career
Who Inherited the Fortunes of These Pop Stars When They Died? »