In another life, Gregory Peck might never have become one of Hollywood’s most beloved actors. Whether you call it fate, divine timing, or just pure coincidence, Peck’s success is all thanks to the most unlikely source: a back injury.

Born in La Jolla, California in 1916, Peck’s early life was far from glamourous. He was just three years old when his parents separated, and he spent most of his childhood being raised by his grandmother, who instilled a love of movies from an early age with frequent trips to the theater. 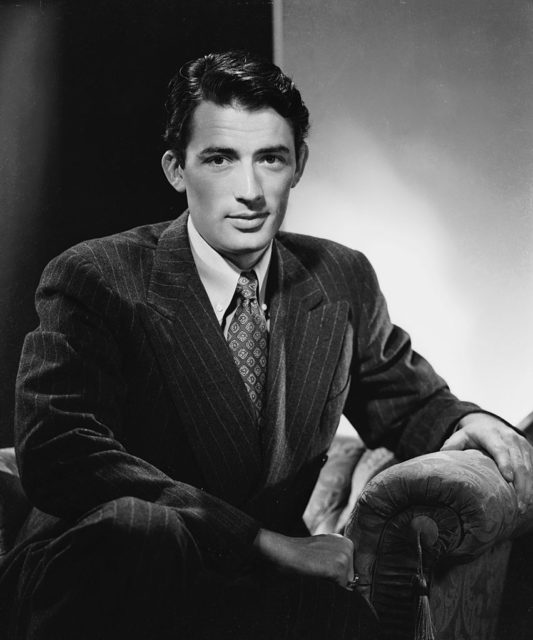 Peck enrolled in a pre-med program at UC Berkeley before deciding to try his hand at acting. Now an English major, Peck acted in several on-campus plays until he opted to pursue his passion head-on and moved to New York City. Life as a struggling acting student was tough, and Peck could barely afford a place to live. Instead of paying rent, he slept in Central Park – but his patience would soon pay off.

Did Peck have two left feet?

In 1941, just one week before the attack on Pearl Harbor that plunged America into World War II, Peck was cast in a production of George Bernard Shaw’s The Doctor’s Dilemma on Broadway. With the country now involved in a global conflict, the play was canceled and Peck’s freedom was on the line. 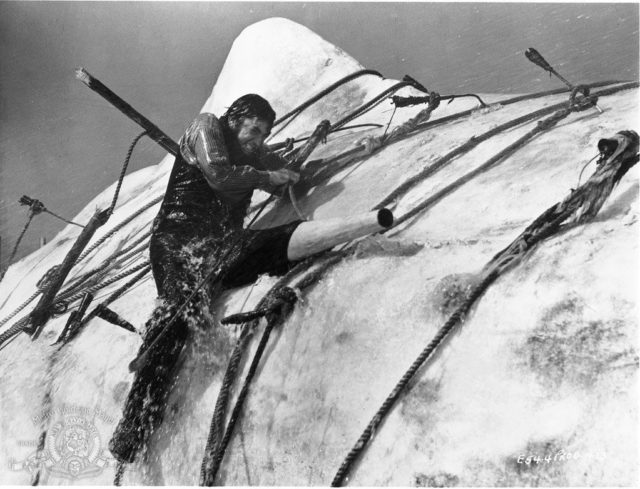 Luckily, Peck avoided the draft thanks to a back injury he sustained during a dance lesson with the iconic Martha Graham. Now that he was officially off-limits to the military, studios in Hollywood saw Peck as a desirable asset to help Tinsel Town survive the war. The draft also helped Peck to score more promising roles as other male actors were conscripted into the war effort.

By 1944, Peck had landed his first film role in Days of Glory as Vladimir, a Russian guerrilla fighter. His second film, The Keys of the Kingdom (1944), earned Peck a slew of Academy Award nominations. Critics couldn’t get enough of the suave, dark-haired actor. He continued to wow audiences and rack up Oscar nominations for other early films like The Yearling (1946) and Gentleman’s Agreement (1947).

A star is born

By the time the war had ended, Peck had solidified his role as Hollywood royalty. Throughout the 1950s, he branched out into other genres like the charming romantic comedy Roman Holiday (1953) – opposite none other than Audrey Hepburn – as well as more mature roles in classics like Moby Dick (1956), and of course Peck’s most iconic role of all: the beloved Atticus Finch in To Kill A Mockingbird (1962). 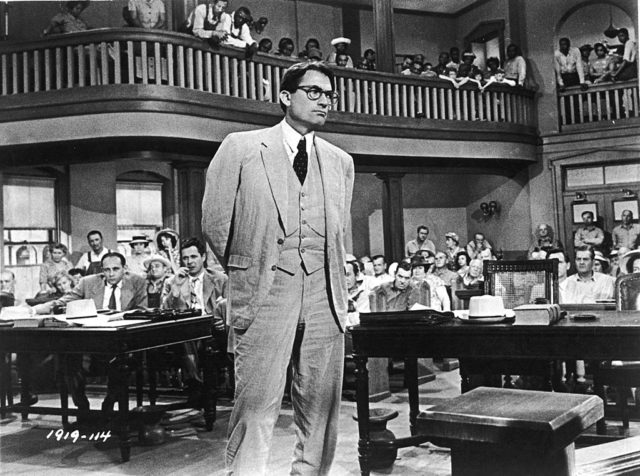 Though not many people knew about Peck’s back injury, 20th Century Studios released a public statement claiming that it came from his college rowing team. Peck confirmed he was on the rowing team at Berkeley, but stated he wasn’t injured while rowing.

More from us: A Surfing Injury Led John Wayne to Hollywood

He believed the statement was made to attempt to avoid a tarnished image, explaining “In Hollywood, they didn’t think a dance class was macho enough, I guess… I’ve been trying to straighten out that story for years.”