Between the horrible New Jersey accent, the barely memorized lines, and the downright cringe-worthy “jokes,” the night that Steven Seagal hosted Saturday Night Live is undoubtedly the biggest trainwreck in the history of the famous comedy show.

Since its inception in 1975, SNL has broadcast hilarious sketches live from New York. Each week a new celebrity “host” collaborates with a cast of comedians to create hysterical skits often featuring self-deprecating situations and crazy costumes. A-listers from all walks of life have graced the iconic stage at 30 Rockefeller Plaza, but in April of 1991 one host was struggling to get in the spirit of things.

Seagal’s beef with Schwarzenegger got in the way

Actor and martial artist Steven Seagal was rehearsing a sketch that featured recurring characters Hans and Franz, a pair of Austrian bodybuilders played by Dana Carvey and Kevin Nealon. The comedians were supposed to taunt Seagal, exclaiming that their idol Arnold Schwarzenegger would “flick you with his little baby finger and you would fly across the room and land in baby poop.” 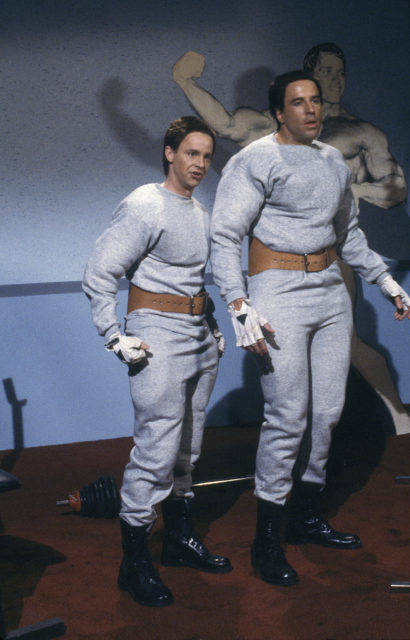 Most celebrity hosts would go along with the script for the joke’s sake, but Seagal was visibly upset. Carvey asked what was wrong, reminding him it was just a skit, but Seagal was clearly taking their teasing to heart – just the thought of his nemesis Schwarzenegger besting him was enough to set him off.

The sketch was hastily re-written to appease Seagal, but the issues didn’t end there – in fact, some would say the episode was doomed from the beginning.

Seagal had never even seen the show before he hosted

Seagal began training to learn the Japanese martial art Aikido when he was seven years old. He later traveled to Japan to continue fine-tuning his craft before returning to Los Angeles to train celebrity clients in martial arts. One of his clients, Michael Ovitz, recognized his potential and helped land Seagal his first starring role in Above the Law (1988). 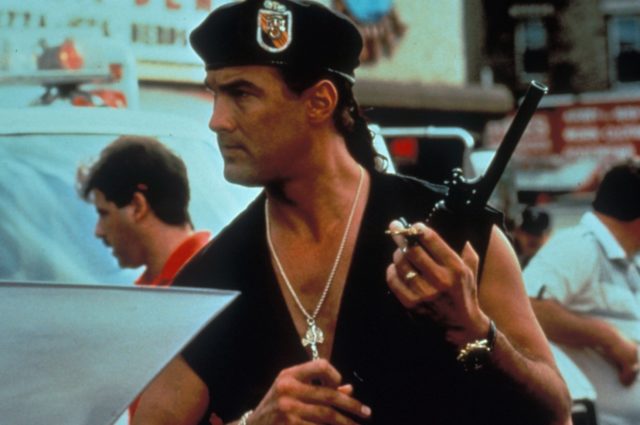 Steven Seagal in Out for Justice (1991). (Photo Credit: Warner Bros. / murraymomo via MovieStillsDB)

Now a bona fide action movie star, Seagal went on to star in Hard to Kill (1990), Marked for Death (1990), and Out for Justice (1991) which was set to release in April – the same month his management team decided to sign him up for SNL to promote the film. There was just one problem – Seagal had never even watched the show before!

“He kept saying, ‘I’ve never seen your show. I don’t know what you do here.’ Really? You’ve never seen Saturday Night Live?” Recalled Bob Odenkirk (star of Better Call Saul), who was a writer for the show at the time.

Throwing around ideas (and cast members)

Seagal turned down most of the sketches the writers had prepared, but luckily he came ready to pitch his own ideas. One skit, which made it into the show, was about greedy businessmen at Exxon planning an oil spill when Seagal’s character bursts in the door and literally starts throwing them around – an homage to the growing environmental movement at the time. 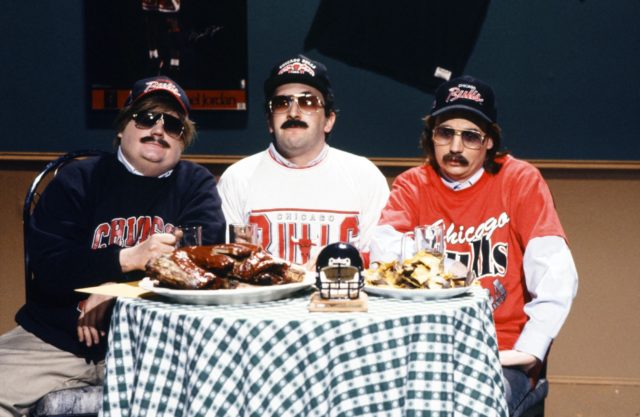 But that wasn’t the worst of it. The show went live on April 20, 1991, with special musical guest Michael Bolton. Seagal decided to forgo the traditional opening monologue and instead opened with the lighter Hans and Franz scene. He then sang a solo rendition of “Kung-Fu Fighting” followed by a sketch called “Tenelli, One Man Army” featuring Phil Hartman as Seagal’s fed-up police supervisor.

“Tenelli” was one of several scenes where Seagal decided to speak in a strange half-New Jersey, half-Boston accent while he stumbled through his lines. Most of his roles were boiled down to throwing cast members through walls in breakaway sets.

Ultimately, Seagal’s abrasive attitude threw a wedge between him and the SNL writers – at one point they even considered doing the show with no host at all. “He just wasn’t funny and he was very critical of the cast and the writing staff,” said former cast member Tim Meadows.

“He didn’t realize you can’t tell somebody they’re stupid on Wednesday and expect them to continue writing for you on Saturday.”