Graceland Secrets That Even Elvis Fans Don’t Know About

Elvis Presley’s death has been shrouded in mystery. Some people even question whether the King of Rock and Roll truly did pass away in 1977. His death isn’t the only thing about him that is mysterious – his Graceland estate, where he lived for two decades, has many secrets hidden within its walls. Here are a few things fans and visitors might not know about the iconic mansion and the King’s time there.

There is a secret stairway to the kitchen 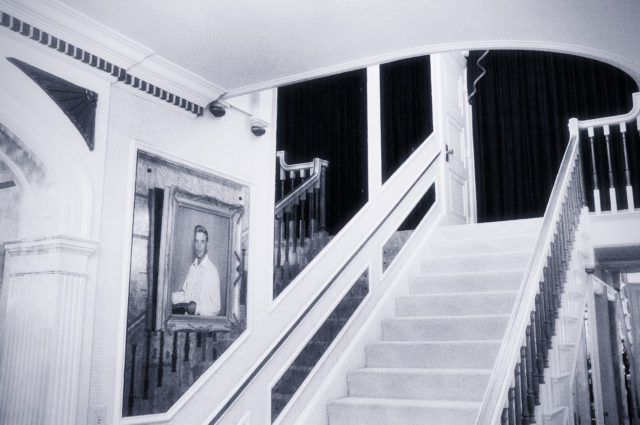 Everyone knows that Elvis had a strong love for food. The man loved to eat. In fact, he actually had a secret stairway installed that allowed him to get to the kitchen without having to pass through the main foyer. This was surely important to him, as the kitchen at Graceland became legendary.

Not only was the staircase secret, but it had an incredible bedazzled chandelier. Even the secret spaces in Graceland are grandiose and beautiful.

The archival vault is in a top-secret location 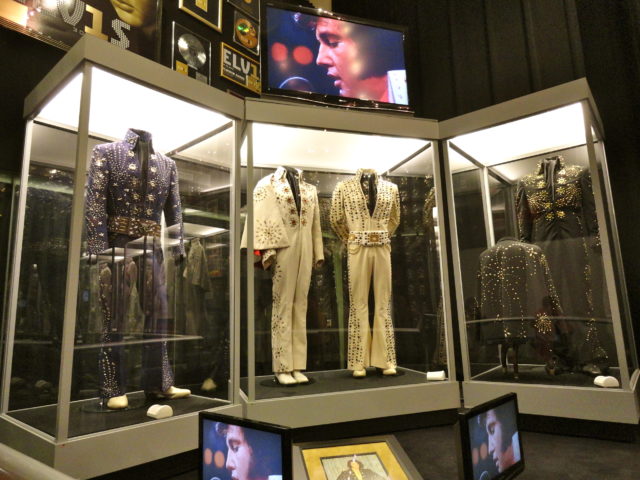 Somewhere inside Graceland is a vault of grand proportions. This collection, called the archives vault, houses some of the most valuable and personal items once owned by Elvis, including his most famous outfits, checks signed by the King, movie posters, and more.

Not just anyone is allowed inside the vault. In fact, it’s not open to the public. Only released videos of the vault have revealed its contents. Better yet, the location of the vault inside the estate is still a mystery. Only those who need to know where it is are told. We don’t think they’ll disclose this to the public anytime soon.

Elvis’ bedroom has stayed the same since he died 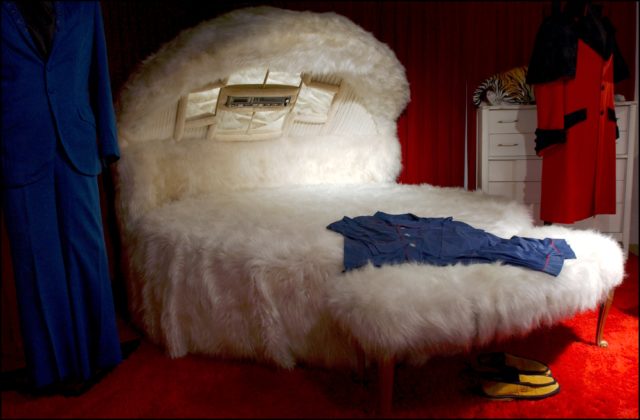 Elvis’ bedroom remains in the same state it was in when he died, located in his Graceland estate. (Photo Credit: David LEFRANC / Gamma-Rapho / Getty Images)

Elvis’ bedroom has remained exactly the same since the day he died on August 16, 1977. The entire second floor of Graceland has been restricted from the public, and thanks to the wishes of his daughter, Lisa Marie Presley, the privacy of his bedroom has been upheld. Authorization to see the room is limited to workers and family since his passing.

Although employees of the estate go into the bedroom often to keep it clean, the majority of things around Elvis’ room have not changed. The last record he was listening to still sits on the record player. His bed is made and other remnants of his life still linger there. 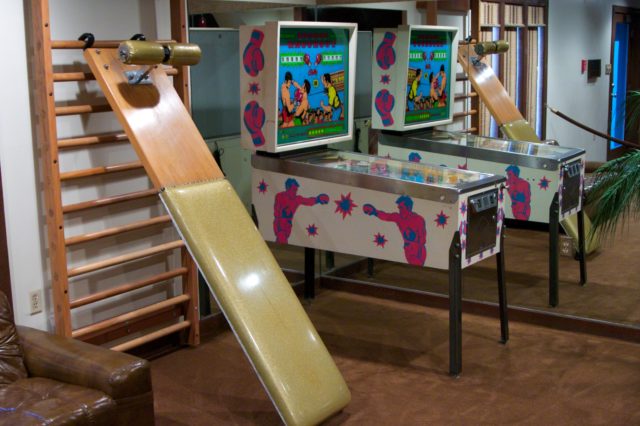 Located in the corner of the racquetball court he had installed inside the estate, Elvis kept a pinball machine. This was no ordinary pinball machine, it was a rigged ‘Knock Out’ pinball machine. Elvis would often play with the Memphis Mafia, his friends and family who he kept close to him. But what they didn’t know was that Elvis would never lose.

A dining room buzzer was installed 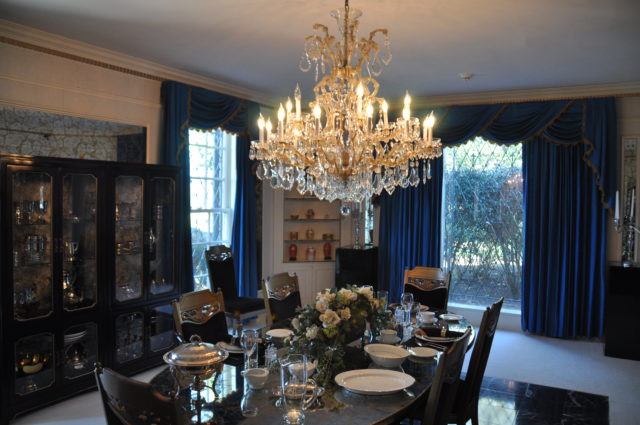 The dining room in Elvis’ Graceland estate, where a buzzer was placed under the table to allow him to buzz kitchen staff whenever he was hungry. (Photo Credit: Kees Wielemaker / Flickr CC BY-ND 2.0)

If he wasn’t in the mood to scurry down those secret stairs, Elvis had another method to get food.

He had a buzzer installed under the dining room table so that if he were sitting there and a craving came on, like perhaps for one of his favorite fried peanut butter and banana sandwiches, he could simply lift his finger, buzz the kitchen staff, and have one brought to him.

Elvis’ aunt lived in the basement 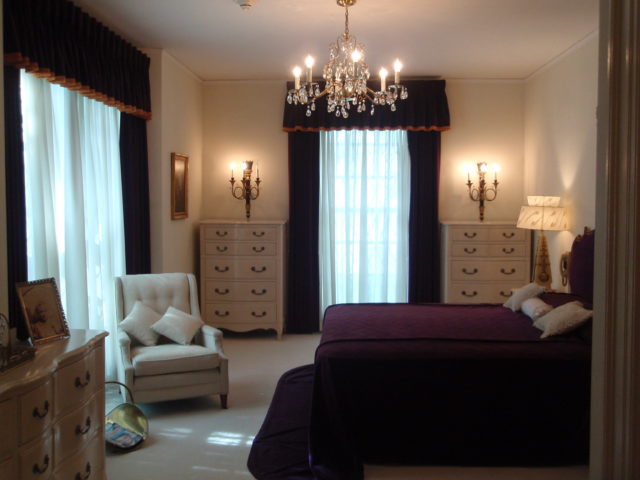 For approximately 11 years following his death, the basement of Graceland was off-limits to the public. The reason for this was that someone was actually still living down there. Elvis’ aunt, Aunt Delta, had moved in after the passing of her husband. She stayed there long after Elvis was gone.

More from us: The Bizarre True Story of How Steve Martin Met Elvis Presley

It wasn’t until after 1993, when Aunt Delta had passed away herself, that the basement was added to the public tours offered at Graceland.

« What Finally Brought an End to the Cold War?
The Real Reason Suzanne Somers Was Fired From ‘Three’s Company’ »