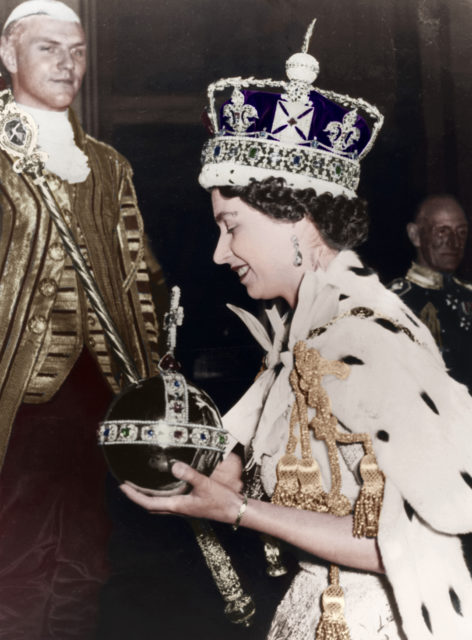 The Queen’s private jewelry collection has over 300 pieces, including 15 rings, 14 watches, 46 necklaces, 34 pairs of earrings, and 98 brooches. She also had about 50 tiaras that formed both the British Crown Jewels and her own personal tiara collection.

Any jewelry she wasn’t wearing was kept in the Queen’s Gallery in Buckingham Palace, and the official Crown Jewels are held in the Tower of London. 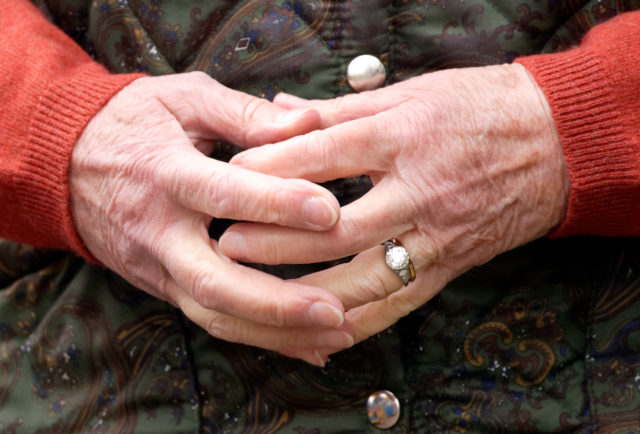 Lisa Levinson, head of communications at the Natural Diamond Council, believed that Queen Elizabeth II would likely be buried in only two pieces of jewelry. “Her Majesty is an incredibly humble woman at heart who is unlikely to be dressed in anything but her simple Welsh gold wedding band to rest and a pair of pearl earrings,” she said.

“Her Majesty’s life has always been about the legacy of the royal family, in the UK and Commonwealth; her jewels form very much part of that legacy,” Levinson said, leading her to believe that her jewels would not be buried away at the funeral.

Where will her vast collection end up? 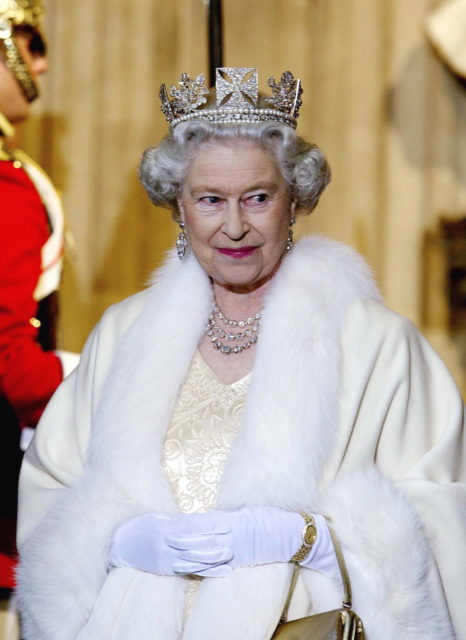 Queen Elizabeth II smiling as she arrives at the Palace Of Westminster for the State Opening of Parliament. The Queen is wearing a diamond crown known as the State Diadem made for the coronation of George IV. (Photo Credit: Tim Graham Picture Library / Getty Images)

“The young Prince Philip was closely involved in the design of Elizabeth’s engagement ring, which is set in platinum and has eleven natural diamonds – a three-carat round solitaire diamond, and five smaller stones set on each side,” Levinson explained. The diamonds were taken from a tiara owned by Philip’s mother, Alice of Battenberg. The engagement ring was likely given to her daughter, Princess Anne.

More from us: Queen Elizabeth II: Her Historic Life in Photos