King Charles III’s former press secretary has revealed the new monarch’s stressful work schedule and strange eating habits, giving us a glimpse into the hectic life of the Royal Family.

Prior to becoming King, Charles and his wife (now Queen Consort) Camilla were patrons of over 500 charities. Collectively, the former Prince of Wales’s charities fundraised over £100 million each year. With a packed schedule of engagements and keeping up to date with state affairs, it seems Charles has become a bit of a workaholic. 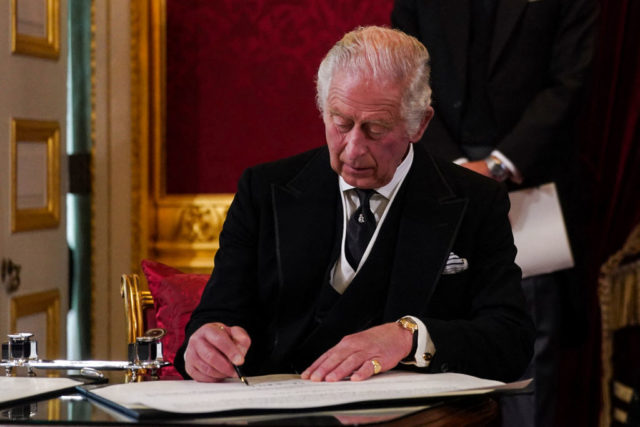 King Charles III signs an oath to uphold the security of the Church in Scotland, during a meeting of the Accession Council to proclaim him as the new King. (Photo Credit: Victoria Jones / POOL / AFP via Getty Images)

Charles’ working day is “pretty relentless,” says former press secretary Julian Payne. The King engages in several daily back-to-back meetings planning his next charity project or Royal tour, as well as conversations with his private secretary, Sir Clive Alderton, to stay up to date on political issues. When Charles isn’t preparing for future events, he is out attending Parliament or Royal appearances during parades and holidays like Remembrance Sunday and Trooping of the Colour.

The King loves to eat seeds, wild mushrooms, and lamb

What does King Charles eat to keep him fueled for his busy work days? With his own team of private chefs, we can only assume the array of incredible meals the Royal could choose from – but surprisingly, Charles doesn’t eat much. 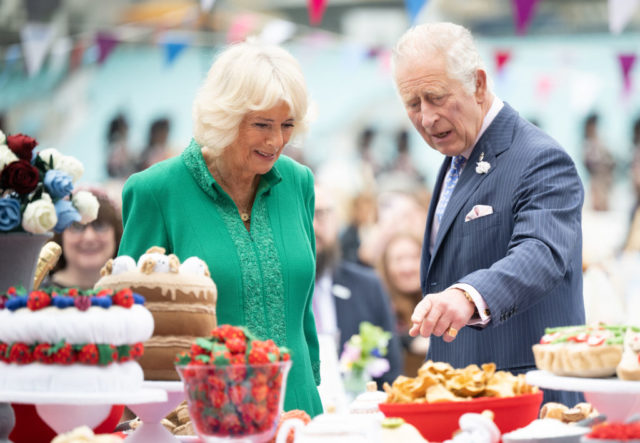 According to Payne, the King’s day starts with “the radio news headlines and a breakfast of seasonal fruit salad and seeds with tea.” He added, “The King doesn’t eat lunch; so, an early lesson I learned when out on the road with him was to have a big breakfast or bring a few snack bars with you to keep you going.”

By 1 pm, Charles takes a break from work to go for a walk as the King “dislikes being inside for too long and always has the windows wide open.” Said Payne. His first proper meal of the day comes at 5 pm when the King will take a break for tea, sandwiches, and a piece of fruitcake – often with the Queen Consort Camilla. 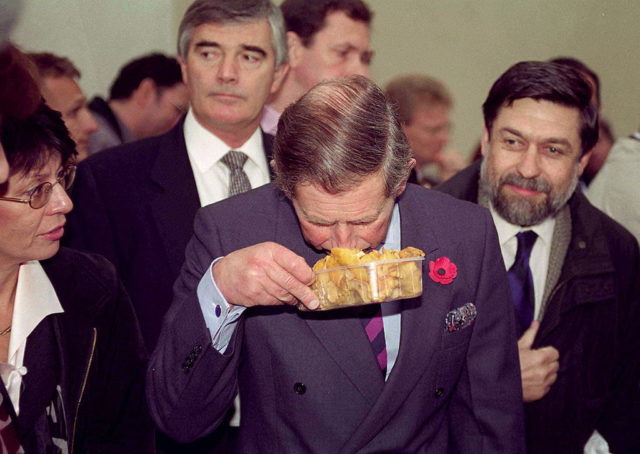 Following tea, it’s back to work signing piles of paperwork until dinner at 8:30 pm. The King’s favorite meal to eat at the end of a long day? Wild mushroom risotto with organic lamb, but according to The Daily Mirror’s Royal Editor Russell Myers, the mushrooms “obviously must be foraged from his own estate.”

Former Royal Chef Darren McGrady shared more about the King’s fondness for fungi. “He loves wild mushrooms and would take his chefs to Balmoral to show them where the best mushrooms are. We brought them back to Buckingham Palace and they were the most amazing porcini mushrooms.”

More from us: King Charles III Met 10 US Presidents. Here’s How Each Visit Went

To follow dinner, the King heads back to his desk by 10 pm where he stays until “well past midnight.” Clearly, a King’s work is never done!