Since the untimely death of Princess Diana rocked the world in 1997, the Royal Family has continued to keep her legacy alive through commemoration and through the lives of her children Prince William and Prince Harry. When the Princes introduced their own partners, Catherine Middleton and Meghan Markle, to the Royal Family the women both made countless touching tributes to their late mother-in-law.

Whether with jewelry, fashion, or passing on Diana’s legacy to their own children, Kate and Meghan have used Diana’s timeless grace to influence their style through weddings, children, and day-to-day events. 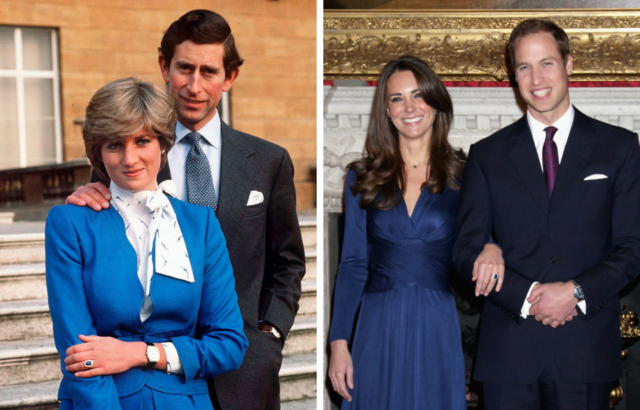 Prince William, Diana’s oldest son, proposed to Catherine Middleton with the ring in 2010. The couple were wed in a lavish ceremony in 2011, and are now Prince and Princess of Wales – with William being next in line for the British throne. 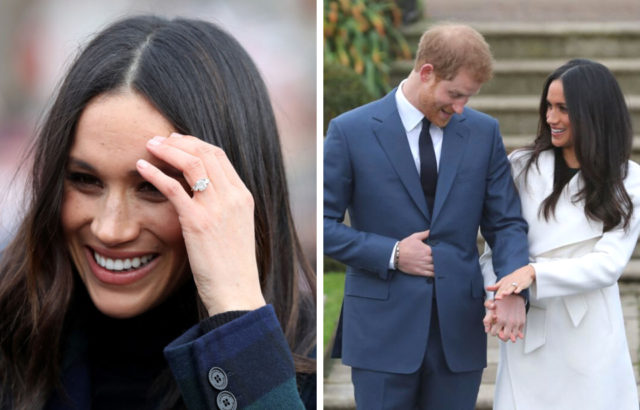 Meghan Markle’s engagement ring also pays homage to her husband Prince Harry’s mother Diana in her own simple and elegant style. Harry designed the ring himself and proposed to Meghan in 2017. The ring features a three-carat cushion cut diamond from Botswana – where they fell in love while on a trip early in their relationship.

The center stone is flanked by two round diamonds from Diana’s personal jewelry collection, and the ring is set on a gold band. Recently, Meghan has sported a slightly redesigned ring, which now has a micro-pave diamond band in place of the original gold one. 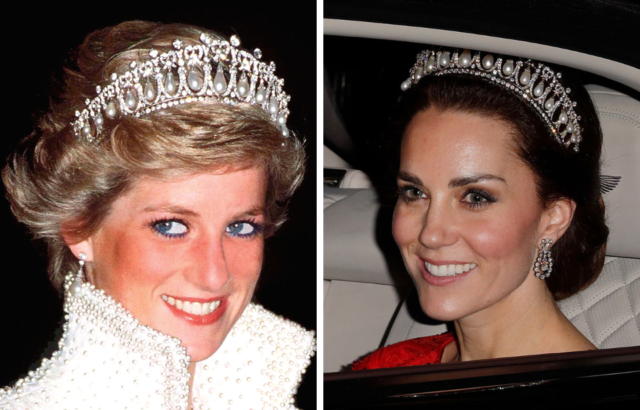 Kate Middleton has been seen wearing her favorite tiara at many special events, but the Queen Mary Lover’s Knot tiara was also a favorite of Princess Diana‘s. The tiara was originally given to Diana as a wedding present from the Queen, but dated back to 1913 when it was commissioned for Queen Mary.

The tiara is made of diamonds set in silver and gold with 19 stunning hanging pearls. The piece was reportedly so heavy that Diana often got headaches after wearing it. Even so, it remained her favorite piece, and one of the most iconic tiaras of the royal family, throughout her life. 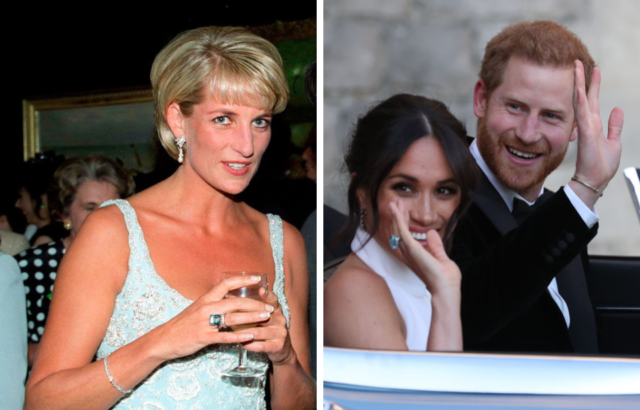 A common custom includes wearing “something old, something new, something borrowed, and something blue” on your wedding day – and Meghan Markle made sure she didn’t snub tradition at her 2018 nuptials. Her “something old” was the stunning Queen Mary bandeau tiara lent to her by the Queen for her special day. Her custom Givenchy wedding gown was definitely “something new” and her “borrowed” and “blue” piece was an eye-catching aquamarine ring that originally belonged to Princess Diana.

Meghan wore the ring as part of her reception ensemble following the wedding ceremony at St. George’s Chapel. Diana left the ring to her sons as part of her will, and Harry made sure to have a piece of his mother with him on his big day. 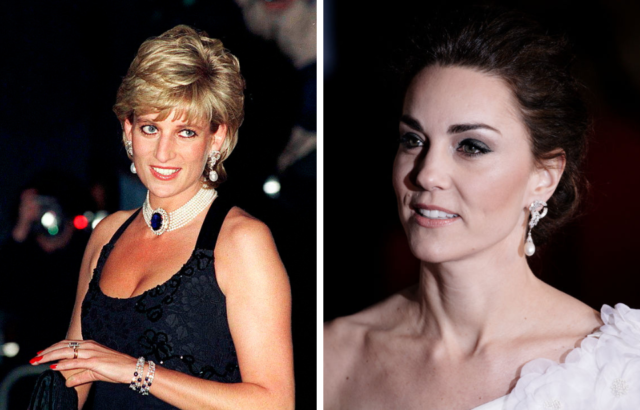 Kate Middleton stepped out in a stunning white gown at the 2019 BAFTAs, completing the look with a pair of beautiful diamond and South Sea pearl earrings that belonged to Princess Diana. Kate’s touching tribute to her late mother-in-law’s timeless style gives a glimpse into how the future Queen hopes to continue Diana’s legacy.

Meghan honored Diana with forget-me-nots at her wedding 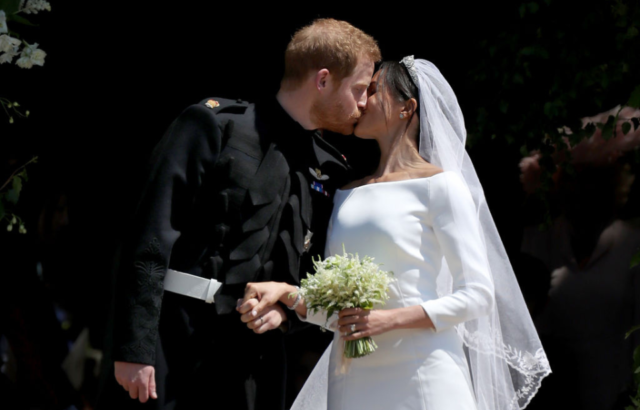 Princess Diana‘s favorite flower was a somewhat unusual choice that now carries a haunting meaning: forget-me-nots. The small flowers are now a simple reminder of Diana’s enduring presence in her children’s lives. When Meghan Markle wed Prince Harry in 2018, she carried a bouquet comprised of sweet peas, lilies of the valley, jasmine, and, most importantly, forget-me-nots. 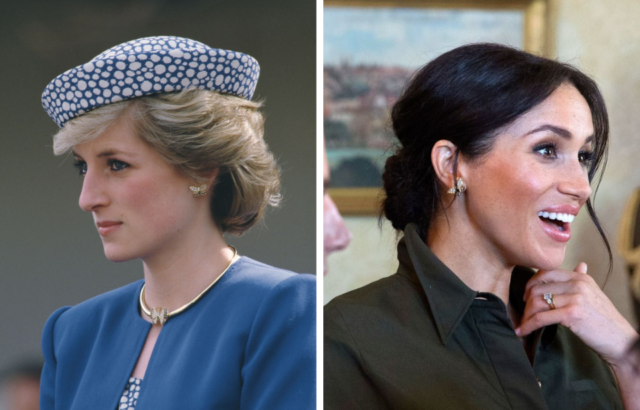 While on a royal engagement in Australia the newly married Meghan Markle, Duchess of Sussex was spotted wearing a pair of diamond butterfly earrings that originally belonged to her late mother-in-law Princess Diana. Diana wore the earrings on multiple occasions, most notably while visiting Canada in 1986.

The birth of Prince George 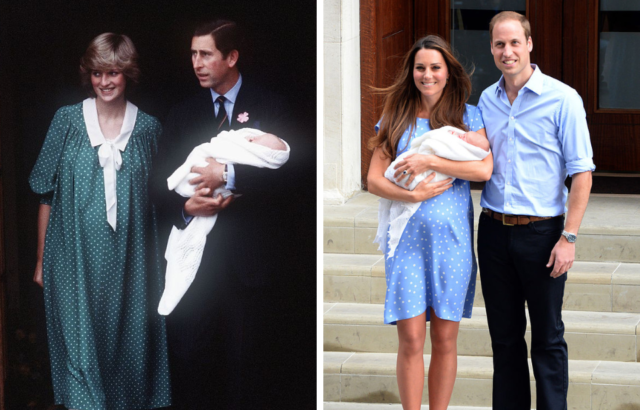 Besides jewelry, Kate Middleton has also paid tribute to Diana by drawing inspiration from the Princess’s amazing sense of style. Following the birth of William and Kate’s first child Prince George, Kate donned a simple blue polka dot dress by British designer Jenny Packham. Diana wore a similar frock when she introduced the world to her first child Prince William in 1982. 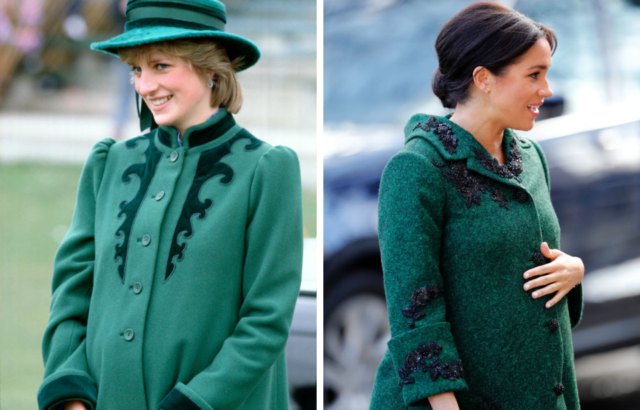 Meghan Markle also got some maternity inspiration from Princess Diana. While pregnant with her first child Archie, Meghan stepped out in a stunning green coat with black embellishments which looked inspired by a similar ensemble worn by Diana when she was pregnant with Prince William. 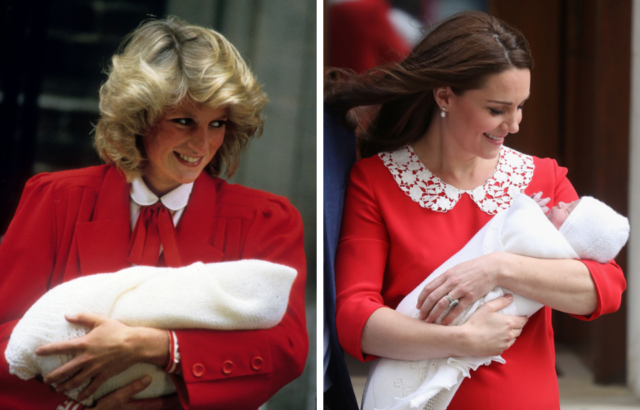 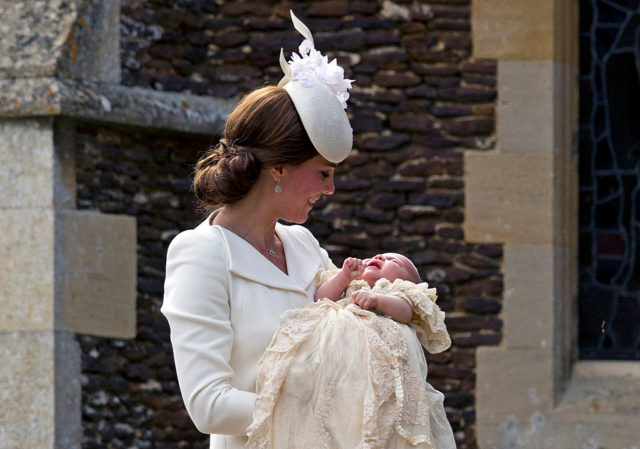 Lastly, the most touching tribute Meghan and Kate could use to honor the late Princess Diana was to pass her name down to their daughters. William and Kate welcomed their daughter Charlotte Elizabeth Diana in 2015, named after William’s grandmother Queen Elizabeth II and his late mother Diana.

Meghan and Prince Harry also passed the special name onto their daughter, Lilibet Diana, whose adorable first name comes from Queen Elizabeth II’s childhood nickname – and of course, her middle name Diana also passes the Princess’s incredible legacy onto the next generation of royal women.

« We’re Shocked by King Charles III’s Crazy Work Schedule and Meager Meals
He is the Third King Charles. Who Were the Other Two? »