Will King Charles Be The One To Solve This Age-Old Mystery?

In 1483, after King Edward VI died, his two remaining sons were given into the care of their uncle: Richard, the Duke of Gloucester.

However, the boys soon disappeared, and their fate has been one of the greatest mysteries in British history.

Today, there are two sets of remains found in the Tower of London that are thought to belong to the princes, but the late Queen Elizabeth II refused all requests to examine the bones and find out the truth. However, her son, King Charles III has shown himself to be more open to the idea, so might we finally find out if either of those skeletons belong to the missing princes? 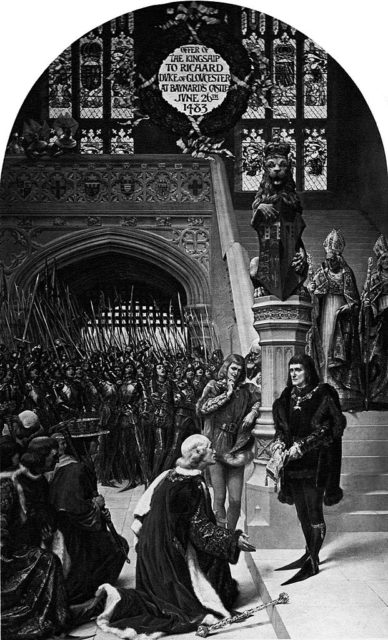 Edward and Richard were the sons of King Edward IV and Elizabeth of Woodville. Young Richard was known as the Duke of York and was nine years old at the time of his father’s death. Edward was 12 years old, and when his father died, he briefly became King Edward V.

Because the boys were so young, they were placed into the guardianship of their uncle, Richard, Duke of Gloucester. Richard was named Lord Protector, and he moved the boys into the Tower of London where they would await Edward’s coronation.

However, during that time, information came to light that indicated Edward IV’s marriage to Elizabeth Woodville had been invalid because Edward actually had a pre-contract to marry Lady Eleanor Butler.

This meant that the princes were illegitimate and Edward couldn’t be king. His reign had lasted only from April 9 to June 25, 1483. Richard of Gloucester was next in line, so he took the throne as the rightful heir and became King Richard III. 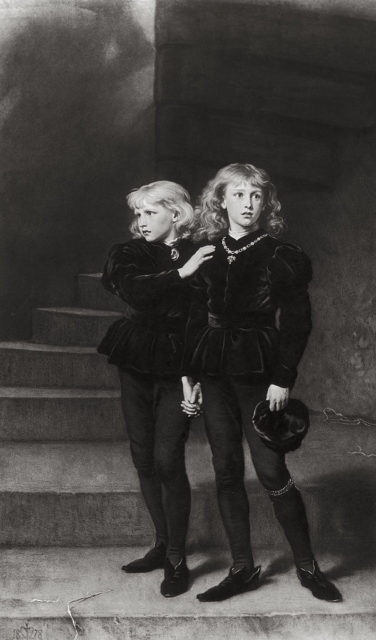 The Princes in the Tower, King Edward V (1470 – 1483?) and his brother Richard of Shrewsbury, the 1st Duke of York (1473 – 1483?). The sons of King Edward IV, they were imprisoned in the Tower of London by their uncle Richard III, and presumed murdered. A painting by Sir John Everett Millais, 1878. (Photo Credit: Hulton Archive/Getty Images)

Although the boys were seen playing outside the Tower on several occasions, eventually sightings of them became less frequent. It is believed that by the summer of 1483, they were dead.

How they died remains a mystery. The most popular theory is that Richard III ordered someone to smother the princes in their beds so that they could not raise a rebellion against him. Other critics say that even if Richard didn’t order their deaths himself, the fact that they died in his care makes him as culpable as the actual murderer.

While no contemporaries seem to have blamed Richard directly, the idea that he was responsible for his nephews’ deaths comes from the writings of Sir Thomas More, who penned his account in the time of King Henry VIII. When writing his play Richard III, Shakespeare used More’s account of what happened, ensuring that More’s version has become the story most people remember. 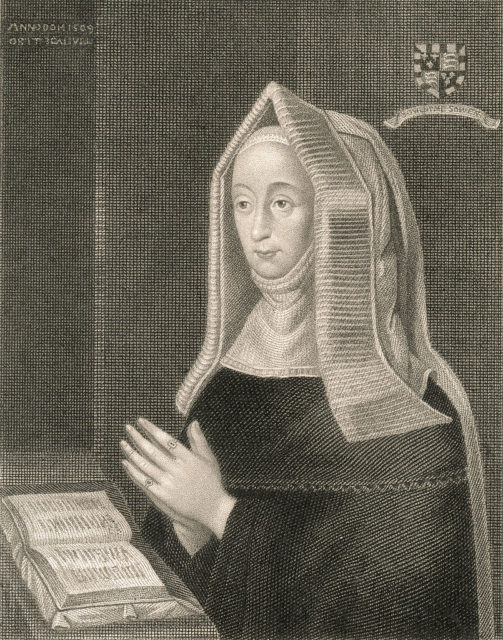 Lady Margaret, (1443-1509), daughter of John Beaufort, 1st Duke of Somerset, and mother of King Henry VII. The Lancastrian distinction to the English crown was given to her by the extinction of the male line. (Photo Credit: Bettmann / Contributor)

Other historians suggest that Lady Margaret Beaufort might be the murderer. She wanted her son (Henry Tudor) to have a claim to the throne via marriage to Princess Elizabeth, sister to the Princes in the Tower.

However, by this point, the Princes had been declared illegitimate. If Elizabeth were to have a claim to the throne, it would mean that her brothers did too – and theirs would trump her claim since they were boys. So, to ensure that her son would be king, the princes needed to be removed so that Margaret could establish Elizabeth’s claim and get her son directly on the throne. But while Margaret had motive, she seemingly had no opportunity as she didn’t have access to the princes’ apartments in the Tower.

Lambert Simnel and Perkin Warbeck were two individuals from history who claimed to be the lost Prince Richard, but they are generally believed to have been imposters (especially Simnel, who changed his story to claim he was actually Edward Plantagenet, 17th Earl of Warwick).

Bones beneath the staircase 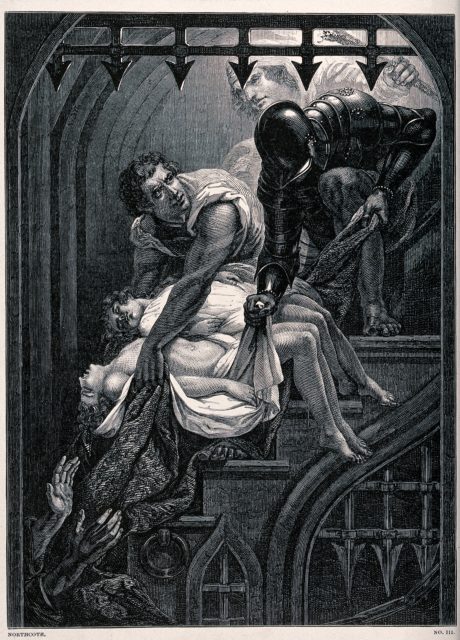 Since the bodies of the princes were never found or officially buried, it is theorized that one of two sets of unidentified bones found over the years might belong to the princes.

The first set of remains came to light in 1674. A box that was unearthed in the Tower of London during remodeling work was found to contain two smalls skeletons. The box was located at the base of a staircase leading to the White Tower chapel.

Although there was no way of telling for certain that these were the bones of the princes, Thomas More had written that the bodies were buried “at a stair-foot.” This was enough evidence for King Charles II, who put the remains in an urn in Westminster Abbey.

The bones are examined, but not carefully enough 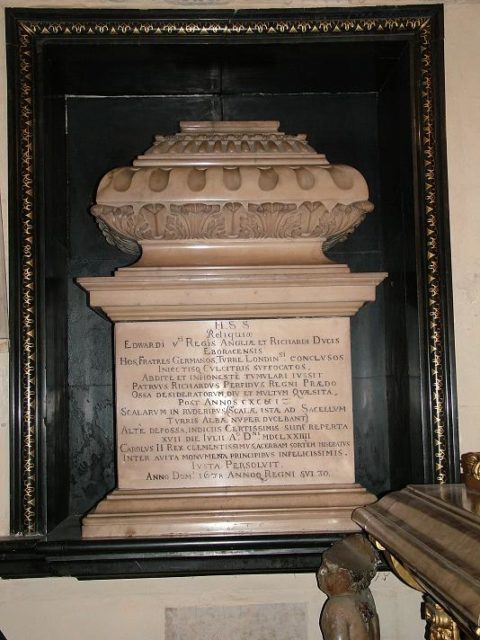 Later historians were less convinced about the identity of the bones. They have pointed out that the staircase to the chapel had not been built in Richard III’s time, so how could this be the right location?

In 1933, Lawrence Tanner, archivist of Westminster Abbey, was able to inspect the remains. After examining the teeth and measuring various bones, he concluded the skeletons belonged to two children. However, he failed to analyze whether the bones belonged to boys or girls.

A second set of skeletons is discovered 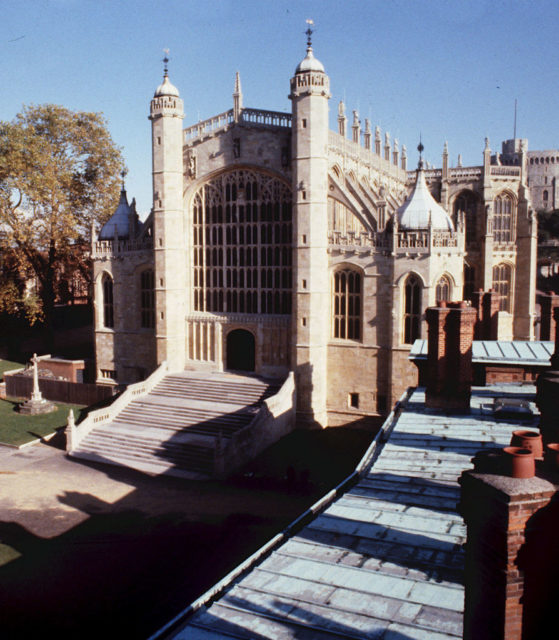 St. George’s Chapel at Windsor Castle. It is considered one of the finest perpendicular buildings in England and a great example of Gothic architecture. (Photo Credit: PA Images via Getty Images)

Initially, a plaque was affixed to the tombs identifying the remains as those of George, 1st Duke of Bedford (who died aged 2) and Mary of York (who died aged 14). Both were children of Edward and Elizabeth, and both had predeceased the King.

However, later work discovered coffins clearly labeled as belonging to George and Mary, leading historians to believe that the bones in the adjacent tomb might be those of the missing princes.

The Queen’s refusal for further investigation 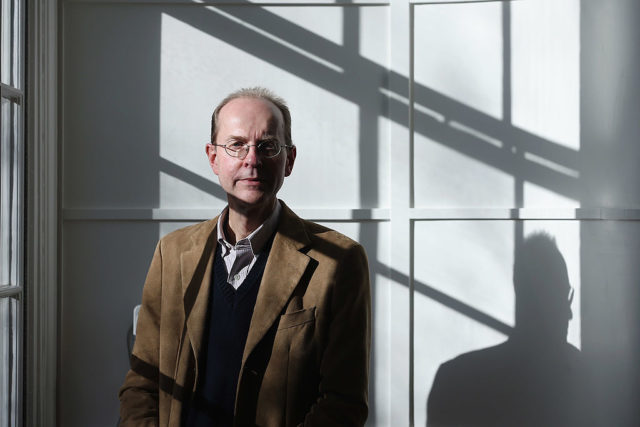 In the 1990s, when work was being carried out in St. George’s Chapel near Edward VI’s tomb, a request was made to insert fiber-optic cameras into the old vaults to examine the bones without disturbing them. The Queen refused permission.

In 2012, archeologists from the University of Leicester managed to find the lost remains of Richard III. The body of the man dubbed “Richard the Usurper” had been placed in a tomb beneath a church which was subsequently destroyed by Henry VIII.

The archeologists established that the site of the former church was now a parking lot. After digging the lot up, they found a skeleton with injuries consistent with those suffered by Richard III.

After managing to track down Michael Ibsen, a descendant of Richard’s sister Anne of York, the archeologists obtained a DNA sample that proved the bones belonged to Richard III. However, a request to compare the DNA to that of the bones in the urn housed in Westminster Abbey was again refused by the Queen.

Why would Charles be any different? 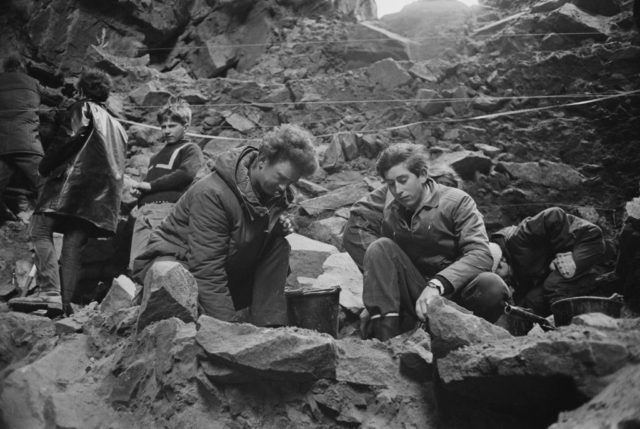 Prince Charles became king upon the death of his mother, Queen Elizabeth II, in September 2022. Some sources have suggested that more light might be shed on the mystery of the princes sooner than later.

Charles has already indicated that he wants the monarchy to be more open to the public. He’s thinking of opening more of Buckingham Palace up to the public and having Windsor Castle as the main residence of the monarchy. Such thinking might lead him to permit investigations that his mother had previously refused.

In addition, Charles was at Cambridge University from 1967 to 1970, where he studied archeology, anthropology, and history. Speaking to The Express in September 2020, archeologist and geneticist Dr. Turi King said: “Having done archeology, you can understand how [Charles] certainly would have an understanding as to how a study would be done,” and another website speculates that, given Charles’s interests, “it’s highly likely he’d be down to unearth the truth behind the royal remains.”

A promise not to meddle 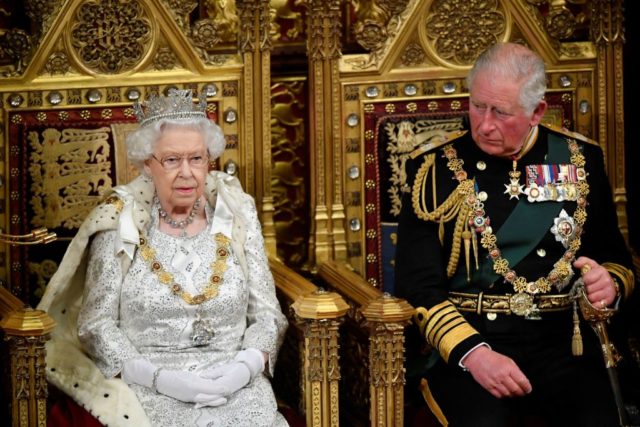 Britain’s Queen Elizabeth II (L) sits with Britain’s Prince Charles, Prince of Wales (R) on the Sovereign’s throne ahead of delivering the Queen’s Speech at the State Opening of Parliament in the Houses of Parliament in London on October 14, 2019. – The State Opening of Parliament is where Queen Elizabeth II performs her ceremonial duty of informing parliament about the government’s agenda for the coming year in a Queen’s Speech.  (Photo Credit: TOBY MELVILLE/POOL/AFP via Getty Images)

In 2018, Charles’s comments on how he would not be a meddling monarch were widely reported by the British papers after he spoke about it in an interview ahead of his 70th birthday. When asked if he would be as outspoken as a monarch as he has been as the Prince of Wales, he replied: “I’m not that stupid. I do realise that it is a separate exercise being sovereign. So of course I understand entirely how that should operate.”

However, he also questioned what the definition of meddling would be: “I’ve always been intrigued, if it’s meddling to worry about the inner cities as I did 40 years ago and what was happening or not happening there. The conditions in which people were living. If that’s meddling I’m very proud of it.”

More from us: Thanks To Princess Diana, Prince William Will Be The First Descendant Of Charles II To Sit On The Throne

In 2018, a direct descendant of Jacquetta of Luxembourg (the princes’ grandmother) was found, and she offered up a sample of her DNA to be compared to that of the bones. So, if Charles does decide that investigating the bones is the right kind of “meddling,” then perhaps one day we might finally find the answers we’ve been looking for.