Why Marilyn Monroe Lied About Being Orphaned By Her Parents

Before she was Marilyn Monroe, Norma Jeane Mortenson (later Baker) was the child of Gladys Baker. Her upbringing was rocky, and her mother, too, suffered her own troubling life. The pair’s tumultuous relationship caused Monroe to lie about her parents and their fate. With the composure she maintained up until her death, the life she lived before fame is hard to believe. 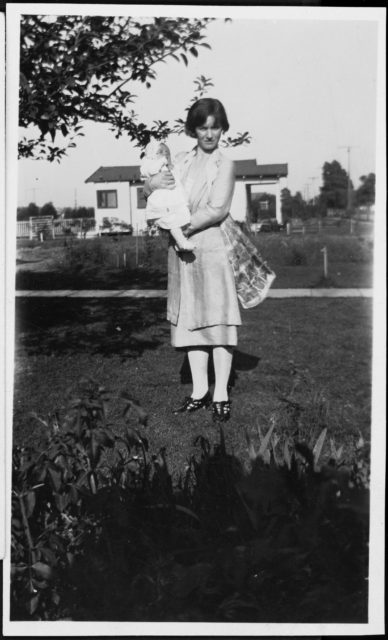 Gladys Baker grew up in poverty and lived with undiagnosed schizophrenia. She married her first husband, John Newton Baker, when she was just 16 years old (some sources say 15). He was eight years older and abusive. While with Baker, Gladys gave birth to two children, Robert and Bernice, whom she received custody of following their divorce in 1923. However, John kidnapped the children and fled to Kentucky.

Gladys briefly married Martin Edward Mortenson, who is considered to be Marilyn Monroe‘s father. Gladys, however, was never convinced he was her daughter’s father and, instead, believed her child’s true parent to be Charles Stanley Gifford, a co-worker of hers at Consolidated Studios.

Monroe’s true paternity was unclear throughout her entire life. 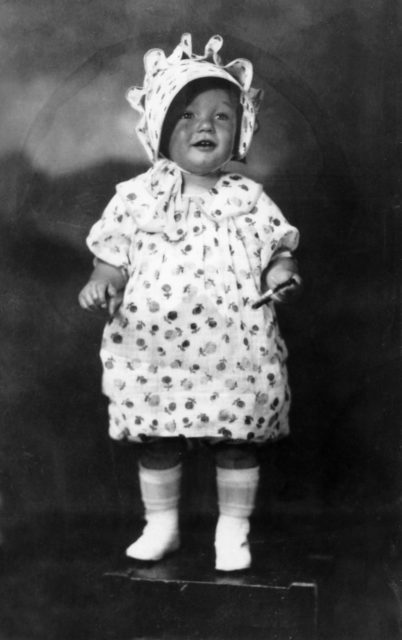 Just two weeks after giving birth to Monroe in 1926, Gladys put her into foster care. Monroe spent her early years growing up in Ida and Wayne Bolender’s stable, happy and religious household.

Despite having put her into foster care, Gladys insisted on having an active role in her daughter’s life. She was obsessive and didn’t like Ida raising her child. On one occasion, when Monroe was just three years old, Gladys locked Ida out of her own house, stuffed Monroe into a duffel bag and tried to escape with her. Ida was able to get back into the residence and put a stop to the kidnapping.

Over the years, Gladys continued to advocate that Monroe be returned to her, but to no avail. 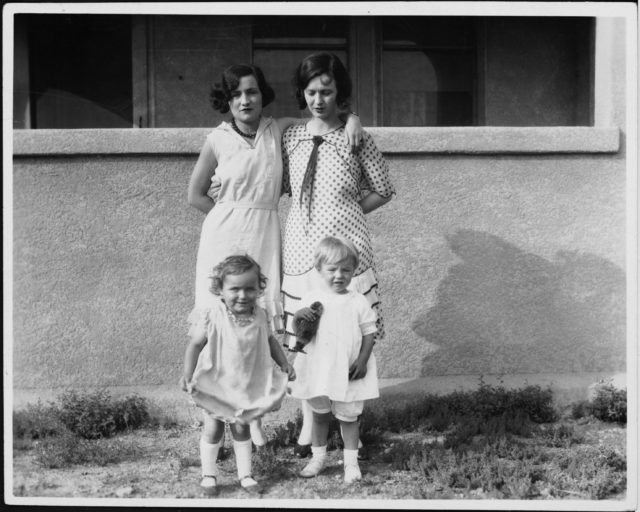 The year 1933 was a busy one for Gladys. She’d successfully gotten a loan for a house and took in a couple, George and Maud Atkinson, to help cover the additional costs. She also found out that her son, Robert, had died. Not long after hearing the news, she learned that her grandfather had hung himself, and later found out that the studio she was working for was going on strike.

This caused Gladys to suffer a mental breakdown in 1934. She was described as having run around the neighborhood holding a knife, claiming someone was trying to kill her. For this, she was institutionalized in a state hospital in Norwalk, California.

Another round of foster care for Marilyn Monroe 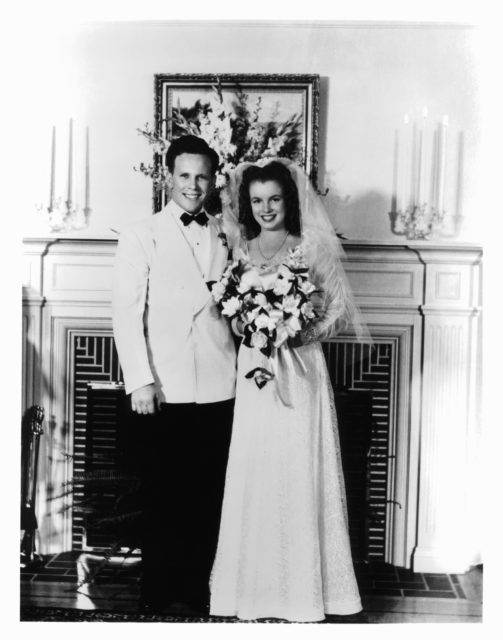 With her mother institutionalized, Monroe’s care was passed onto Gladys’ friend, Grace McKee. McKee, however, didn’t have time to care for the child, as she had three of her own, and had a judge approve Monroe’s “half orphan” status. This allowed her to live with different caregivers while still being under McKee’s guardianship. This is where Monroe experienced sexual abuse.

In 1942, at just 16 years old, Monroe married for the first time. She wed James Dougherty, but the marriage only lasted four years. The same year her daughter married, Gladys was released from the hospital and married an already-wed man.

When Monroe tried to tell her mother of his existing marriage, her mother became suspicious, saying, “That’s how much [Norma Jeane] hates me. She’ll do anything to ruin my life because she still believes I ruined hers.” That’s where Gladys was wrong. Monroe’s life wasn’t ruined – her career was actually starting to take off. 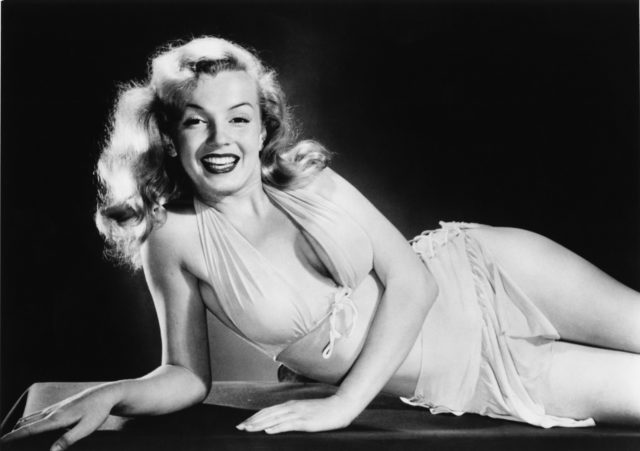 The PR team at 20th Century Fox knew of Monroe’s mother and didn’t want news of their relationship to be revealed. Instead, the studio begged Monroe to stick to the story they’d come up with regarding the identities of her parents. She was to say she was an orphan, that her parents died and she had no idea who they were.

Monroe went along with the story for a while, but Gladys was telling people she was her mother. In 1952, a reporter found Gladys working at a nursing home and broke the story that she was Monroe’s mother. The actress ultimately confessed that the story was true and, after the news spread across the country, Gladys suffered another mental breakdown.

Marilyn Monroe cared for her mother… At a distance 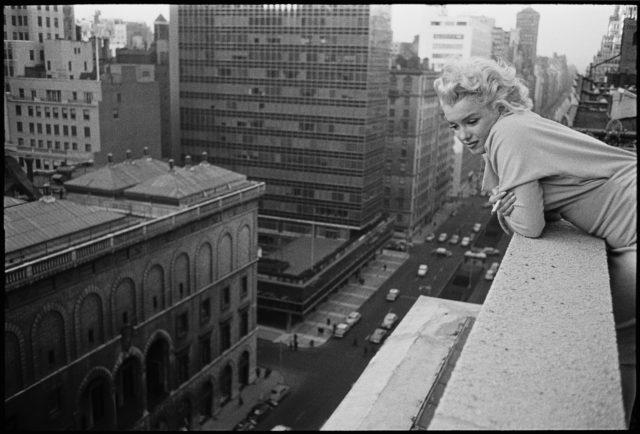 Gladys was re-institutionalized at Rockhaven Sanitarium in La Crescenta, California, but tried year-after-year to get her release approved. Monroe never visited her mother, as she found the institution to be very disturbing. Instead, she sent Gladys a monthly allowance.

When Monroe died in 1962, she left her mother $5,000 a year in her will, to be taken from a $100,000 trust. The year prior, she’d actually admitted to having experienced suicidal thoughts and was herself committed, in her case to the Payne-Whitney ward of New York Hospital.

What happened to Gladys Baker after Marilyn Monroe died? 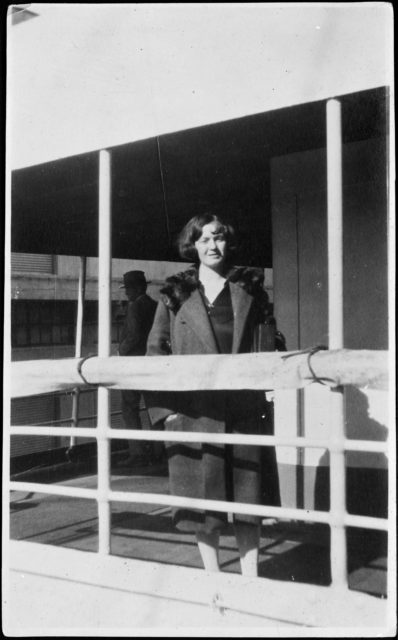 A year after Marilyn Monroe died, Gladys escaped from care by tying two uniforms together and climbing out of a closet window. She then hopped a fence and walked 15 miles to a church, where she sat near the water heater for warmth. Authorities eventually found her, and she was returned to Rockhaven.

More from us: Was Marilyn Monroe the Original Model for Tinker Bell? She Wishes!

At some point, Gladys was deemed eligible for release. She moved to Florida, where she lived out the rest of her life, until her death from heart failure in 1984. She survived her daughter by 22 years.