Queen Elizabeth II had an impressively lengthy reign – there is no denying it. She was officially crowned on June 2, 1953, following the death of her father, King George VI, while she was on a royal tour passing through Kenya. Her accession was immediate following his death so, although her coronation wasn’t until the following year, she officially became Queen on February 6, 1952.

Elizabeth ruled the United Kingdom and its many independent states from that day until her death in 2022, totaling 70 years and 214 days. She was the queen regnant of 32 sovereign states throughout her life, and 15 by her death. As impressive as this is, she was, shockingly, not the longest ruling monarch. That title goes to French King Louis XIV, who ruled for 72 years and 110 days.

Part of the reason Louis XIV had such a lengthy reign was because he ascended the throne at only four years old. This also makes him one of the youngest kings to take the throne. He succeeded his father, Louis XIII, on May 14, 1643. Although royalty, Louis XIV didn’t have a very happy childhood, as he was largely left in the care of the servants or left unwatched. Once, he almost drowned in a pond because of this neglect. 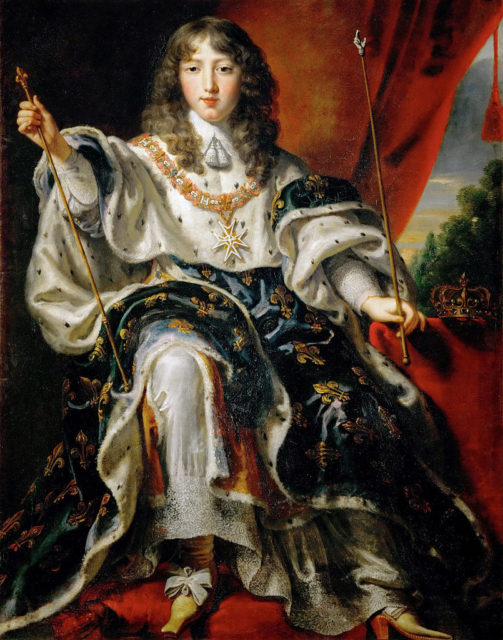 By the age of nine, he, or rather his regent, was dealing with a coup from the Parisian Parliament and other nobles. During this time, he left the city of Paris, largely growing to dislike it because of the civil war. Those who rebelled against the crown were eventually squashed, and the young king was deemed of age to rule his country, while also being married off in a political move to his cousin Maria Theresa of Spain.

Throughout his reign, Louis XIV viewed himself as a representative of God, meaning he ruled in a way that demonstrated his belief in his unyielding power. He decided that he would create his royal emblem in the image of the sun, as that was what all things operated around. While in power, he made many reforms designed to improve the French army, as well as their industry and finances. 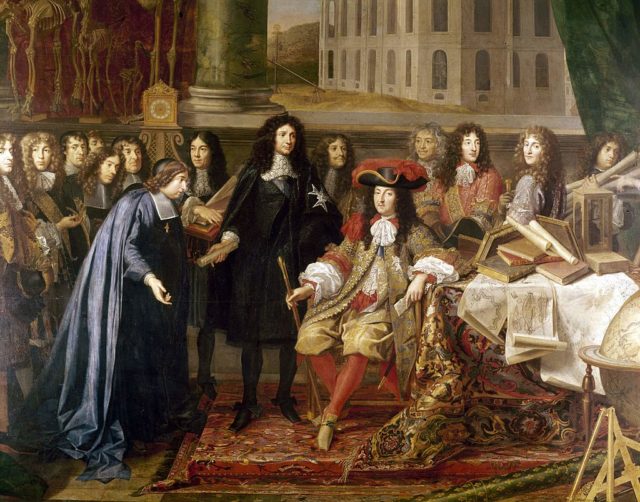 The nobles that were part of the royal court had historically been a source of unrest, causing 11 civil wars in roughly 40 years. Louis managed to placate them by drawing them into a perpetually rich lifestyle. This was quite effective and he was able to stop them from causing the types of issues that they historically had.

King Louis XIV was also no stranger to war during his reign, as he was involved in the War of Devolution, the Dutch War, the War of the Reunions, the Nine Years’ War, and the War of Spanish Succession. Despite his many efforts to better his kingdom, he was largely unsuccessful, something that he reflected upon on his deathbed: “Do not follow the bad example that I have set for you. I have often undertaken war too lightly and have sustained it for vanity. Do not imitate me, but be a peaceful prince.”

One of the most prevalent elements of Louis XIV’s personal life was the numerous mistresses and children that he had. He was officially married to Maria Theresa, with whom he had six children. Of these six, however, only Louis, le Grand Dauphin, survived past childhood. It is believed that Louis XIV was fond of his wife, although she eventually died on July 30, 1683.

His fondness for her didn’t stop the king from taking on many mistresses throughout their marriage, even having multiple children with some of them. The two most notable of these women were Louise de La Vallière, whom he had five children with, and Françoise-Athénaïs de Rochechouart, whom he had seven children with. There were many other women that the king was involved with as well. 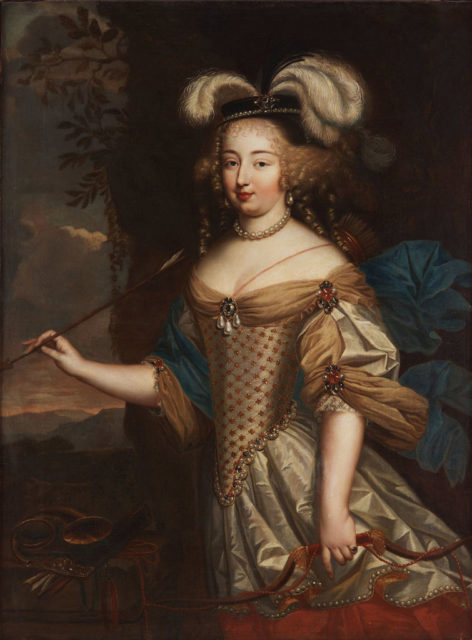 Eventually, he decided to officially recognize the children he had with Françoise-Athénaïs, whose governess eventually became the king’s second wife. They were married in secret, although it is believed that it was a very public secret with most people knowing about it. Although Françoise d’Aubigné was married to the king, she was never viewed as the queen of France by the people.

Perhaps Louis XIV’s most tangible creation during his reign was commissioning the Palace of Versailles located outside the city of Paris. He had a special connection with the area, having fled to the former château there during civil war as a child. Beginning in 1661, the King had the building expanded into a proper, elegant palace. He decided to move his entire royal court into Versailles and out of Paris in 1682, having it act as the country’s capital. 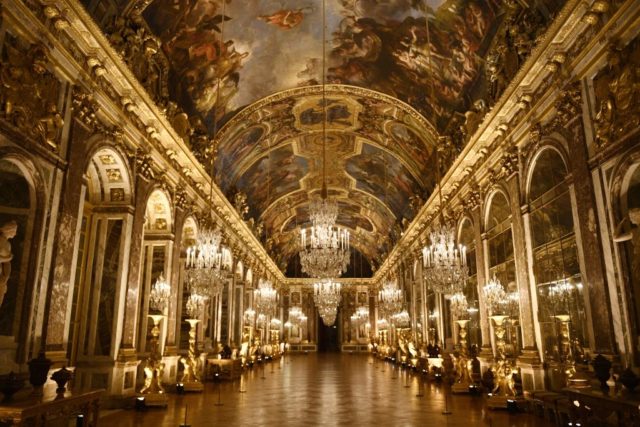 Louis XIV continued expanding the building until 1715, although future kings continued to make alterations inside. Construction at Versailles was lavish, and included well-adorned royal apartments for both the king and queen, as well as apartments for those in his court. He also added the Hall of Mirrors, the Royal Chapel, and the Royal Opera. The royal court, however, was moved back to Paris permanently in 1789 during the French Revolution.

While Louis XIV is the longest reigning monarch in history, he certainly was not a healthy ruler. It is believed that he had diabetes, periostitis, frequent dental abscesses, recurring boils, gout, chronic headaches, hot flashes, dizziness and fainting spells. Ultimately, it was gangrene that caused his death on September 1, 1715. He was buried in Saint-Denis Basilica near Paris.

His body was eventually destroyed decades later by revolutionaries who entered the tomb. Upon his death, Louis’ heir was Louis, Duke of Anjou, his great-grandson who was only five years old at the time. This was an unusual selection, however, there was little choice as most of the King’s potential heirs had died before he had. His great-grandson was the only option left. 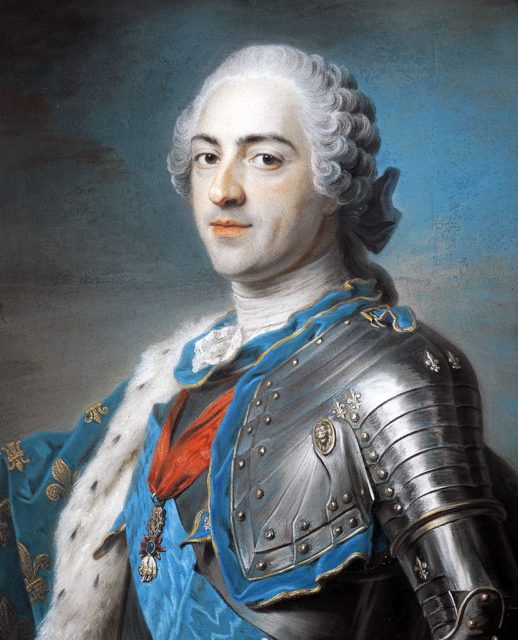 Until he came of age, the kingdom was ruled by Louis XV’s grand-uncle, Philippe II, Duke of Orléans. When he did rule for himself, he become known as Louis the Well-Beloved, reigning for nearly 59 years, the second longest of any French ruler. Nonetheless, he, nor any other ruler, has not topped the record for longest reign that King Louis XIV set hundreds of years ago.