Add These Haunted Houses from Across America to Your Road Trip Bucket List!

It doesn’t take sprawling castles or centuries of history to make a house haunted. Sometimes the simplest of structures can be home to the most terrifying and tragic ghost stories you will ever hear. Don’t believe us? Take it from America’s most haunted homes across ten states! 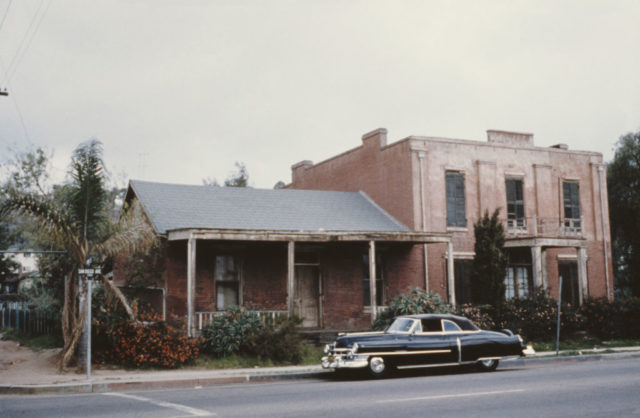 Dubbed “America’s most haunted house,” the Whaley House was fated to be a haunted destination before it was even built. Located in Old Town, San Diego, the property has long been an infamous location in the community. The story claims that horse thief Yankee Jim Robinson was executed on the site, but that didn’t stop Thomas Whaley from building a house on the grounds in 1856.

It didn’t take long for tragedy to plague the Whaley family once they moved into the home. Their young son Thomas died inside the house at 18 months old after contracting scarlet fever. When their general store caught fire, the Whaleys moved out of the house but returned in 1868 with their five surviving children.

Their daughter Violet married George T. Bertolacci, who revealed his controversial past to his new wife after their wedding. Violet was so distraught that she ended her life by suicide in the house. The Whaley family abandoned their home once again until their son Francis took on the challenge of restoring the property to turn it into a tourist attraction. Ever since, strange things have happened at the Whaley house.

The spirits of Thomas, Anna, and others have been seen within the home, while lights turn on and off by themselves and the parlor room’s lamp swings on its own. Today, you can tour the Whaley House and see the paranormal phenomenon for yourself! 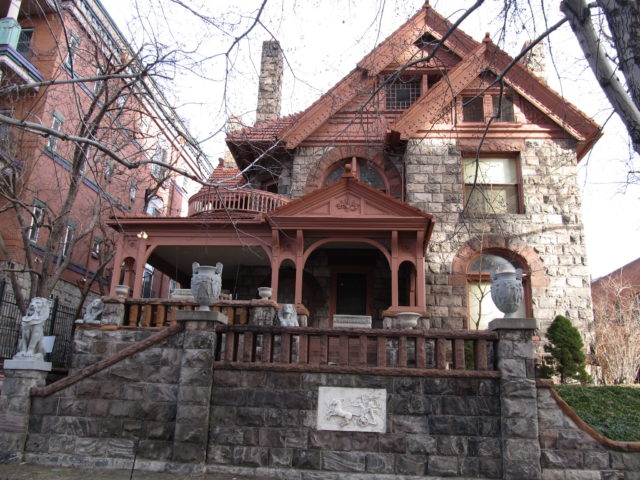 The Molly Brown House was built in 1889 and was owned by the infamous and “unsinkable” Molly Brown – a philanthropist and survivor of the Titanic tragedy. Molly and her husband J.J. Brown both came from lower-class families and lived a normal life until J.J. discovered gold inside a Colorado mine. As shareholders of the company that owned the mine, J.J. and Molly became millionaires overnight.

The couple purchased their home in 1894. Molly started several charitable fundraisers and became a local advocate for improving poverty in Denver. Molly boarded the Titanic in 1912, where her life would change forever. She survived the sinking on a lifeboat and used her fortune to help aid rescue efforts and keep the memory of Titanic victims alive. She also began to raise money and awareness for the women’s suffrage movement.

Visitors to the home have claimed to smell pipe smoke when no one is home, likely from the ghost of J.J. Brown. Lightbulbs become unscrewed and furniture is often found rearranged. The Molly Brown House Museum offers daily tours. 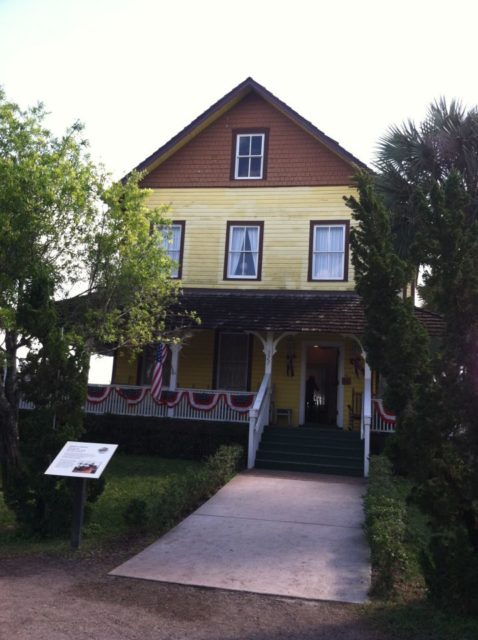 The Edwardian-era Riddle House is located in West Palm Beach, Florida. Even though it was a simple home for middle-class workers it is considered the most haunted house in Florida. The home was built in 1905 using leftover wood from the construction of a hotel nearby. Originally, the cemetery gatekeeper lived there and the house also served as a funeral parlor. It was eventually purchased by the Palm Beach government in 1914 and was then called “City House.”

In 1920, Karl Riddle moved into the house as the first city manager and superintendent of public works of West Palm Beach. The house was left vacant several years later and used as a school and dormitory before it was moved to Yesteryear Village, a heritage attraction, in the 1980s.

The house is supposedly haunted by the ghost of Joseph, one of Riddle’s employees who hung himself in the attic. You can explore the haunted house for yourself at Yesteryear Village and see what other spirits could be haunting the halls of Riddle House. 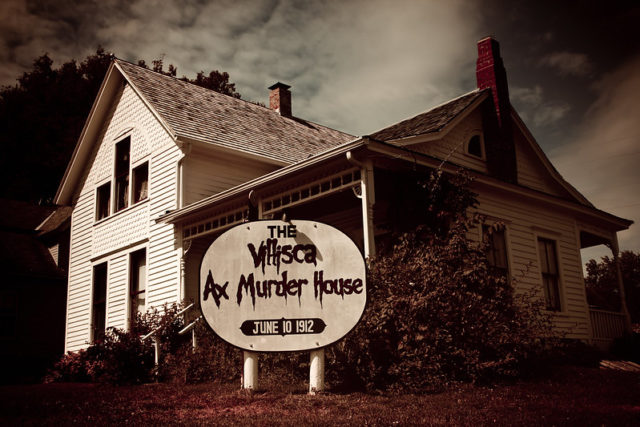 The horrendous Villisca Axe Murders of 1912 left eight people dead, and with no identified suspects the murder remains one of the oldest cold cases in American history. In the early hours of June 10, 1912, a stranger entered the home in Villisca, Iowa, and bludgeoned eight sleeping victims to death using an axe, including six children between the ages of five and 12.

The murderer left a bizarre crime scene behind. A four-pound slab of bacon was found leaning against the wall next to an axe, the mirrors in the home were covered with pieces of clothing, and a plate of uneaten food and a bowl of bloody water were left on the kitchen table. The victims were all in their beds with their heads covered in clothes, each had their skulls beaten 20 to 30 times with the blunt end of the axe.

The historic home still stands on a quiet street in Iowa. Visitors have claimed to hear children’s voices, falling lamps, moving ladders, and flying objects. Paranormal investigators believe that the spirits of all eight victims still reside at the house, waiting for justice to finally be served. 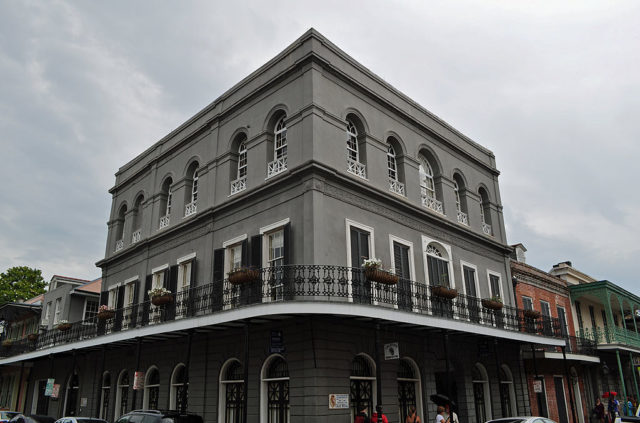 The LaLaurie House is one of the most notorious residences in New Orleans. (Photo Credit: Steve Wagner / Getty Images)

The LaLaurie Mansion in New Orleans’ French Quarter is truly a house of horrors. The home was once the residence of Madame LaLaurie, a serial killer who tortured and murdered an unknown number of enslaved people in the 1830s. When a fire broke out in the home in 1834, locals arrived to help extinguish the flames – but what they found was beyond horrific.

Enslaved people were found locked in the attic with clear signs of torture. Some had their eyes gouged out, while others had their mouths filled with feces and sewn shut. Others recalled seeing several victims with holes in their skulls and wooden spoons that were used to “stir” the brains. One account even told of a man who jumped out of a window on the third floor, plunging to his death rather than facing LaLaurie’s punishments.

When local townsfolk heard of the shocking discoveries at the LaLaurie mansion, they descended on the house and ransacked everything until nothing remained except the walls. Actor Nicolas Cage purchased the house in 2007, hoping it would inspire him to write a book. As he later told Vanity Fair, “I didn’t get too far with the novel.”

Today, tours take visitors past the house, although it’s not open to the public. Visitors claim to hear moaning come from a room where slaves were frequently kept, while others have been scratched and pulled at. 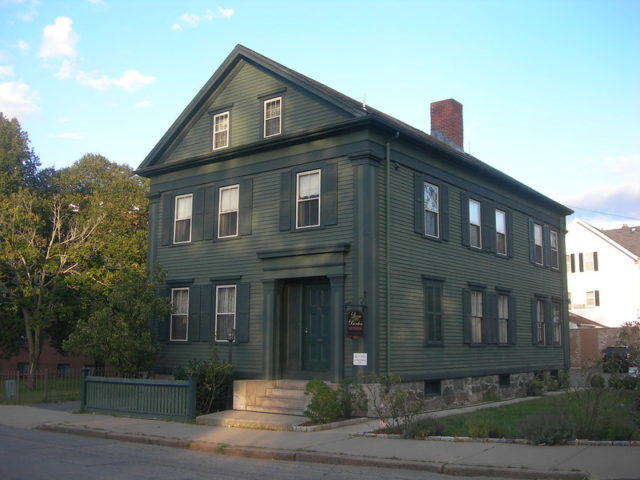 The bloodied walls of the Lizzie Borden House have held on to a secret for the last 130 years. Andrew Borden purchased the house in 1872. Settled on a busy street, it was nearby the shops and stables. Andrew’s wife Abby was very particular about how the house was kept, making their two daughters Emma and Lizzie feel like they were trapped inside a prison.

But that didn’t excuse what the sisters did next. On August 4, 1892, Andrew and Abby were beaten to death with a hatchet in their own home. Lizzie’s story about the events leading up to the murders was suspicious, but she was ultimately acquitted and spent the remainder of her life ostracized from her community. Lizzie lived at the Borden House until her death in 1927, while Emma moved out of the house in 1905 and never saw her sister again.

Today, the house is a museum that features artifacts from the murders and subsequent trial, and most of the home’s interior is original to what it looked like in 1892. Visitors often see a woman in a white nightgown in the former room of Abby Borden, while others have had limbs pulled or hear voices, footsteps, and furniture moving. You can even stay the night at the house and eat the same breakfast Andrew and Abbey did the day they died. 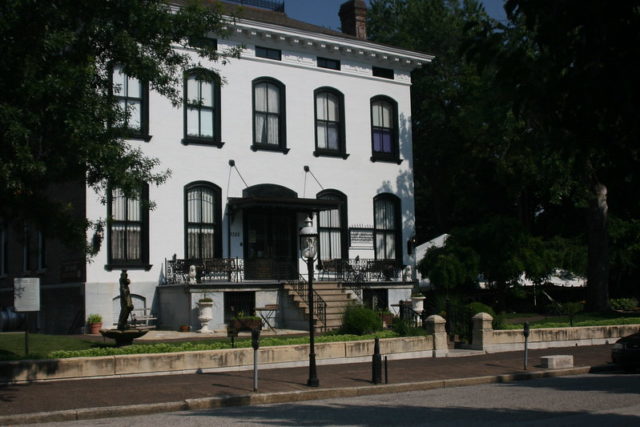 The successful Lemp family, one of America’s most celebrated brewers at the time, was plagued by tragedy and suicide. Located in St. Louis, Missouri, the Lemp Mansion was built in 1890. Family patriarch Adam Lemp immigrated to the US from Germany and began to build a name for himself brewing beer.

He passed the family business on to his son William Lemp, who helped to build the Lemp beer brand Falstaff which was the first beer company to have national reach in America. William Sr. lost his beloved son Frederick due to heart failure, and not long after his good friend Frederick Pabst (the originator of Pabst Brewing Company) also died. On February 13, 1904, William Lemp shot himself in his office at the Lemp Mansion.

William’s son William Jr. or Billy took over the family business after his father’s suicide. Hard times came in the 1920s with the start of the Prohibition movement, and after a difficult divorce, Billy Lemp shot himself in his office at the mansion – just like his father.

Tragedy struck again when Charles Lemp, William Sr.’s third son – the last Lemp to live in the mansion – shot himself in the head. The legacy of the Lemp family and their misfortunes have made the historic building a famous landmark. Known to be haunted by the spirits of the Lemp men who ended their lives there, and other family members like the mysterious “Lavender Lady” Lilian Lemp, who was married to Billy Lemp are also said to haunt the building.

Today, you can stay at the haunted mansion or have dinner at the Lemp restaurant. 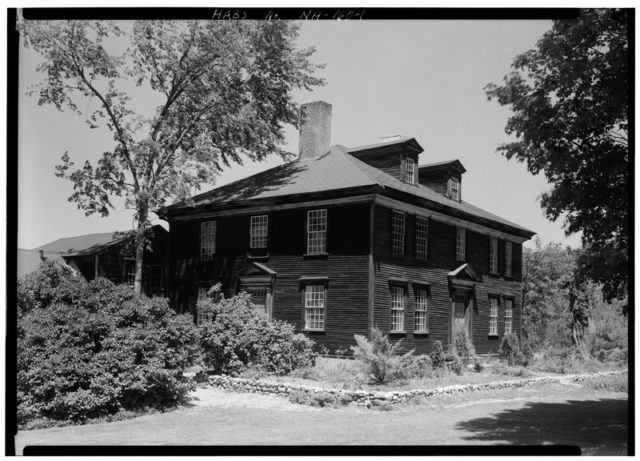 The ghost story of Ocean Born Mary is as East-coast as it gets – complete with pirates and buried treasure. Mary Wallace was born on a ship crossing the Atlantic to America. The same day, pirates captured the ship and began to attack the passengers and crew until the pirate captain heard a baby cry. He demanded to meet the newborn child, and legend has it he was so moved he promised to set the captives free if they named the baby girl Mary in honor of one of his relatives.

The pirate even presented the family with green silk fabric to sew a wedding dress for the baby girl one day. Mary grew up and married (and yes, she wore the silk) and had five children of her own in Henniker, New Hampshire. When Mary died, a man moved into her house looking for a story. He would show people around the various rooms, claiming he had seen the ghost of the late Mary in her rocking chair.

Others believed Mary was buried under the hearthstone of the home, and that the same pirates who spared her life had stowed their treasure in a nearby orchard. Tourists visiting Henniker would even pay money to rent shovels to dig for the treasure. The story of Ocean Born Mary has since been debunked, but the house still remains a valuable piece of New Hampshire history!

New York: The House of Death 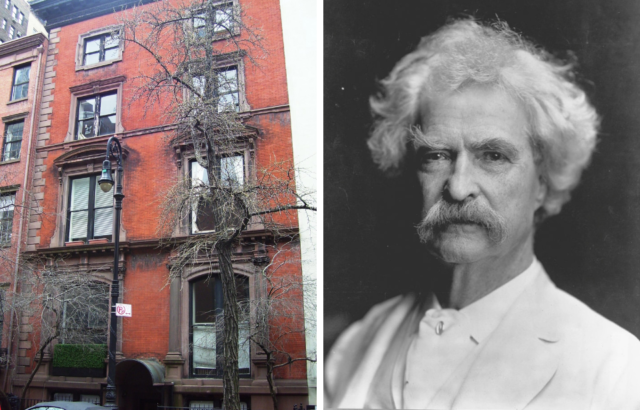 This quaint brownstone in New York’s Greenwich Village has been dubbed the “house of death.” Since it was constructed in the 1850s, 22 people have allegedly died at number 14 on West 10th Street. One of the most famous residents – who appears to be residing there in the afterlife as well – was Samuel Clemens, better known by his pen name Mark Twain.

In the 1930s, a mother and daughter claimed they saw a ghost in a white suit resembling Twain sitting near a window. The spirit said to them, “My name is Clemens and I has a problem here I gotta settle.” 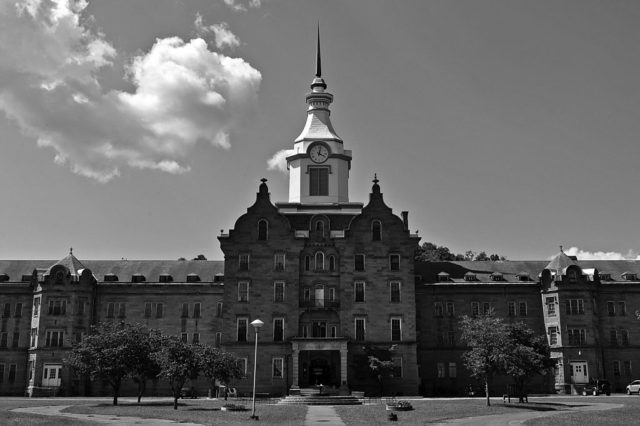 Enter the famed Trans-Allegheny Asylum if you dare! The 160-year-old asylum in Weston, West Virginia has a tragic history of death and neglect. Hundreds of patients died while at the asylum, making it a paranormal hotspot. Visitors have claimed to hear voices, see apparitions, and be touched by invisible beings. Want to see it for yourself?  The asylum hosts ghost tours for skeptics and amateur ghost hunters.