Phil Collins is best known for his time as the drummer of the British rock band, Genesis, and for his work as a solo artist. Before he was a part of Genesis, however, Collins had a strange connection to another British band: The Beatles. He was part of their first film A Hard Day’s Night – or more accurately, was removed from it.

Collins took a great interest in music from an early age. When he was only five, he was given a children’s drum set for Christmas, something that he took to eagerly. As he got older, this was replaced with many better sets as his love of music grew. He would listen to music on the radio and try to play along with it for practice. An important early influence was The Beatles’ drummer, Ringo Starr. 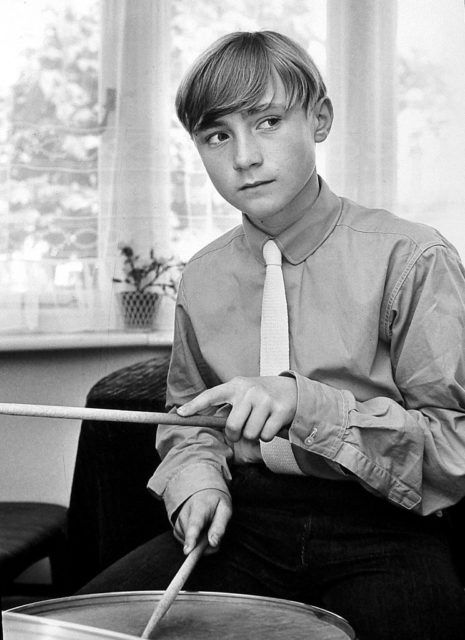 It wasn’t until Collins reached the age of 12 that he received formal musical training, learning piano and continuing with his drums. He then attended Chiswick County Grammar School where he started his first band, The Real Thing. Just a year or so later, he decided to drop out of school and focus on working in acting and music. One of these early projects included a part in A Hard Day’s Night.

When the Beatles were at their most popular in the 1960s, at the height of Beatlemania, they began working on their first feature film, A Hard Day’s Night. Marketed as a musical comedy, the film centered around the band and the 36 hours leading up to a live TV performance. It was presented in a way that, although entirely fictitious, made it seem like the audience was getting an authentic look at part of the band’s life. 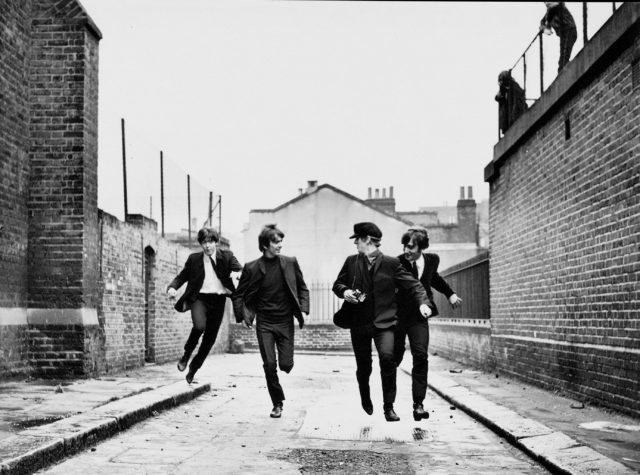 The Beatles in a promotional shot for their film A Hard Day’s Night. (Photo Credit: andrewz/ United Artists/ MovieStillsDB)

In A Hard Day’s Night, the Beatles travel to London to perform, while evading their enthusiastic fans. Overall, the film was an astounding success when it was released in 1964. It was nominated for two Academy Awards and was also a financial success. Since then, it has been ranked by both Time and the British Film Institute as one of the 100 best films. What wasn’t a success, however, was Collins’ role in the film.

Why was he removed?

Collins was hired as one of the youthful extras on the production of A Hard Day’s Night while he was working as a child actor. The performance that the Beatles put on for the film took place in front of an audience of actors and fans, who were paid a standard fee for watching and being enthusiastic – not a hard task. Collins was one of these lucky few when he was 13 years old. 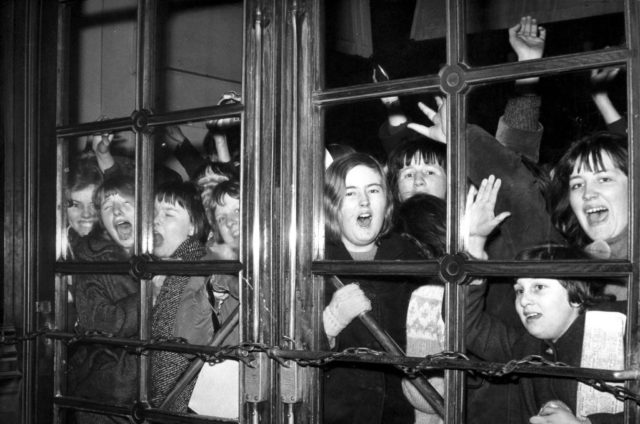 Screaming fans outside the Scala Theatre where The Beatles were shooting their film. Police guarded the doors although some teenagers were allowed in to play the role of extras in the film, the same role that Phil Collins was given. (Photo Credit: PA Images/ Getty Images)

More from us: Mike Myers Received A Shagadelic Message From George Harrison On The Day He Died

By the time the film came out, however, he realized that he had been cut from the scene when he couldn’t be found anywhere in the audience. For the 30th anniversary of the movie’s release, Collins was asked to be a part of a special feature talking about the production. During this, he was shown the footage that was cut and he was able to find himself in the audience. Collins later said of the film, “I was in it, but not in it.”

« Rob Schneider: ‘Bill Murray is Super Nice to Fans. He Wasn’t Very Nice to Us’
How Marilyn Monroe’s House Became Her ‘Fortress’ – and Her Place of Death »