After 20 years, actress Shelley Duvall is making her grand return to the big screen! The star, best known for her roles as Wendy in The Shining and Olive Oyl in Popeye, is set to appear in an upcoming indie horror film called The Forest Hills.

Duvall took a step back from acting in 2002 after a small role in Manna from Heaven. Since her retirement, Duvall withdrew from the public eye almost entirely. Living out her days in a remote town in southern Texas, Duvall’s departure from Hollywood baffled many fans and industry professionals. 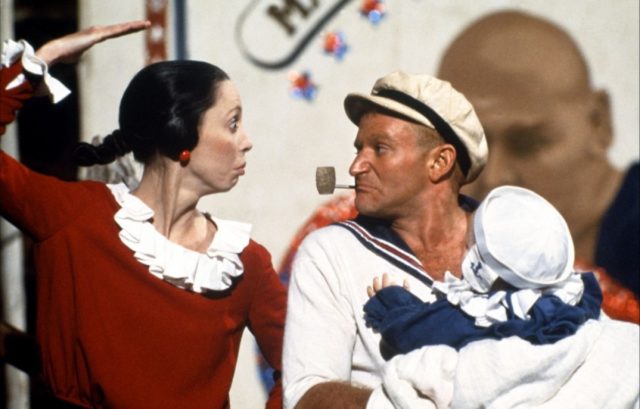 Shelley Alexis Duvall was born in 1949 in Fort Worth, Texas, and grew up in Houston. She worked as a cosmetics salesperson in 1970, and was discovered at a party. Her first role was in the film Brewster McCloud. Director Robert Altman loved the young actress so much, he gave her roles in his next three films: McCabe and Mrs. Miller (1971), Thieves Like Us (1974), and Nashville (1975). Her first lead role as Millie Lammoroux in the 1977 film 3 Women won her Best Actress at the Cannes Film Festival.

The grueling experience of filming The Shining took a toll

Duvall truly skyrocketed to fame after her role in Stanley Kubrick’s adaptation of the Stephen King novel The Shining (1980). Playing the role of Wendy, the wife of tormented Jack Torrance (Jack Nicholson), Duvall’s life changed overnight – but her most iconic movie took a toll on her life. Dealing with the strict and demanding Kubrick and adhering to the film’s grueling schedule all while having to play a traumatized character for 56 weeks straight was draining for Duvall, to say the least. 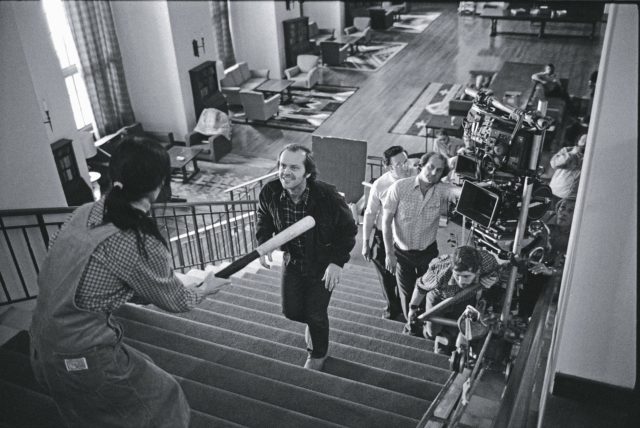 Behind the scenes of filming The Shining with Duvall and Nicholson. (Photo Credit: Warner Bros. / movienutt / MovieStillsDB)

The actress told the Hollywood Reporter how she felt on set: “(Kubrick) doesn’t print anything until at least the 35th take… After a while, your body rebels. It says: ‘Stop doing this to me. I don’t want to cry every day.’ And sometimes just that thought alone would make me cry.’

When Duvall retired in 2002, the Shining actress had developed a career as a successful TV producer which began with Faerie Tale Theatre – a 1980s anthology series. It featured major celebrities like Carrie Fisher and Mick Jagger, who performed in classic stories directed by prolific directors such as Tim Burton and Francis Ford Coppola. Duvall was in charge of the entire production, and soon she became a TV trailblazer thanks to her unconventional approach to children’s programs. 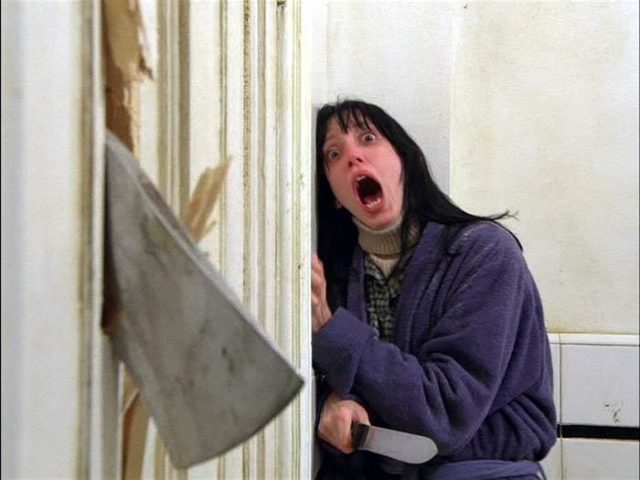 The iconic “here’s Johnny” scene from The Shining is one of Duvall’s most memorable movie moments. (Photo Credit: Warner Bros. / MovieStillsDB)

Duvall left her Hollywood home in 1994 and took her 36 birds, eight dogs, and two cats to Texas, where she has remained ever since with her partner Dan Gilroy. The actress remained out of the spotlight for over a decade until she became the source of controversy after appearing on the popular talk show Dr. Phil. Viewers were shocked to see the show’s host Phil McGraw exploit Duvall’s untreated mental illness by focusing on her distress and “paranoid fantasies” rather than actually giving her the help she needed.

Duvall’s return to the big screen

Shelley Duvall, now 73, is set to return to Hollywood for the first time in 20 years in The Forest Hills – directed by Scott Goldberg and produced by Scott Hansen – which is currently filming in upstate New York.

More from us: The Shining And The Number 42 Mystery That Has Captivated Fans

According to a press release, the horror film will follow a “disturbed man (Rico) who is tormented by nightmarish visions, after enduring head trauma while camping in the Catskill Mountains.” Duvall will play the mother of Rico (Chiko Mendez).

« 10 Incredible Ancient World Discoveries That Have Us Rethinking History
The Gibbet: A Disturbing Device That Punished Criminals Even After Death »