10 Incredible Ancient World Discoveries That Have Us Rethinking History

Even though new technology and advanced research have made the ancient past more accessible than ever, countless groundbreaking discoveries have yet to be made. These ten archeological discoveries not only changed how we see history, but also revealed a treasure trove of secrets thought to be lost to the past. 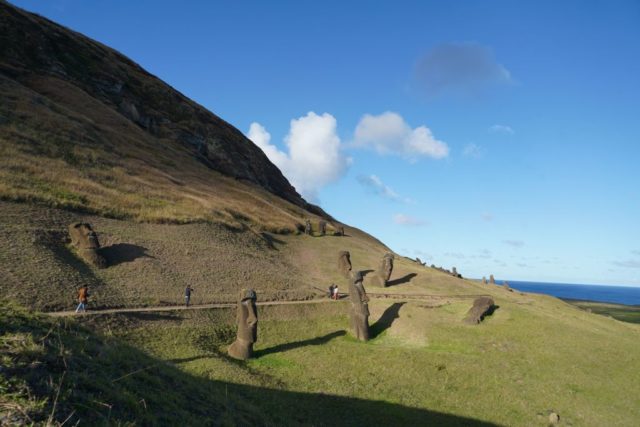 Easter Island, known initially as Rapa Nui to its first inhabitants, was discovered by Dutch explorers on Easter Sunday in 1722. Located 2,200 miles off the coast of Chile, the remote island is famous for the nearly 1,000 giant stone statues known as the Moai scattered throughout the barren landscape.

The first inhabitants of Easter Island were the Rapa Nui, a Polynesian society that first arrived on the island between 700-800 C.E. The Rapa Nui developed a rich culture while living on the island, which is evident in the craftsmanship of the Moai carvings. Each Moai averages 13 feet high and weigh 13 tons, but no one knows why they were made or how these massive rocks were moved to their current locations.

The stark contrast of the Moai statues to the island’s bare landscape has revealed the Rapa Nui’s dark fate. By 1600, the island residents had drastically depleted their resources. Leaving no trees and no food sources, it is believed that the remaining islanders turned to cannibalism to survive in the harsh environment.

Many people, including the descendants of the Rapa Nui, still live on the island. Easter Island and its fascinating history are protected for generations to enjoy as a UNESCO World Heritage Site. 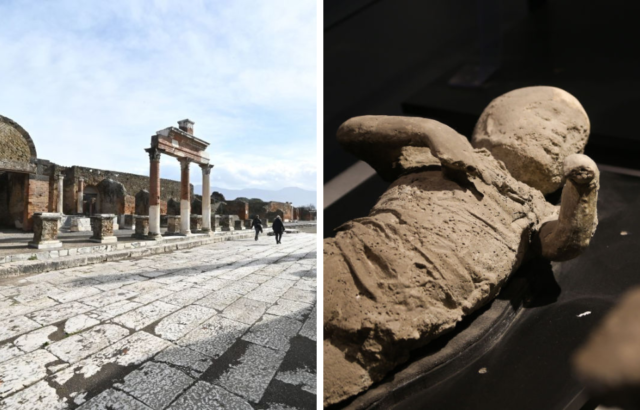 The infamous and tragic demise of the city of Pompeii has helped archeologists and historians to understand life in ancient Rome thanks to the incredible preservation of buildings, art, food, and even human remains left untouched underneath the volcanic ash.

The earliest mention of the city was recorded during the Second Samnite War in 310 B.C.E. On August 24, 79 C.E., Mount Vesuvius erupted, covering Pompeii in more than nine feet of ash and debris and causing many homes and buildings to collapse, killing those trapped inside. The next day, a wave of toxic gas swept through the city, killing any remaining survivors. When all was said and done, the city was buried under 20 feet of ash, pumice, and debris and was left untouched for centuries.

The ruins of Pompeii were first discovered in 1709 but major excavations didn’t take off until after the Second World War. By the 1990s, two-thirds of the city had been excavated.

Pompeii is a treasure trove of information thanks to the ash which preserved everything buried beneath. Archeologists have unearthed temples, factories, and private homes decorated with shrines that show the role of religion in the family. Bakeries complete with kneading machines, mills, and ovens – some still containing loaves of bread baked the day of the eruption – have allowed researchers to learn more about the ancient Roman diet and cooking practices. Inscriptions were also preserved, showing archeologists exactly what business each building was – even a list of “specials” in the local brothel.

Human and animal remains have also been discovered. Of the 2,000 known deaths that occurred in Pompeii during the eruption, 1,150 bodies have been found centuries later. Many of the bodies were preserved by the calcified layers of ash that covered the city, revealing the haunting final moments of the volcano’s victims. 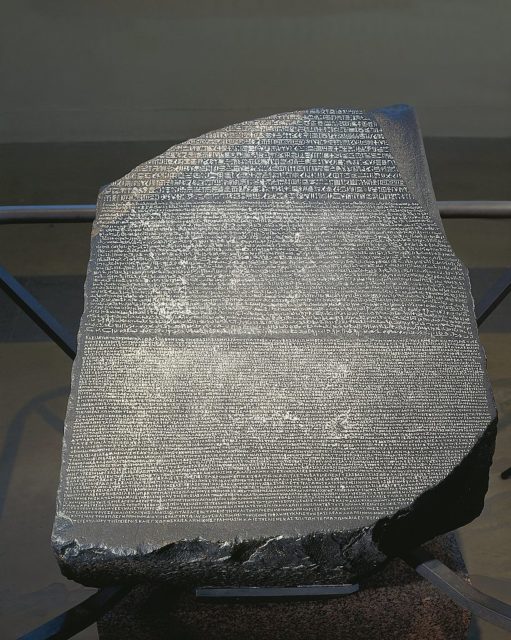 The Rosetta Stone is not just an incredible ancient artifact, but it has also been the key to understanding ancient languages. The Stone was originally written as a copy of an official decree from King Ptolemy V, who ruled from 204 to 181 B.C.E. The decree, which was placed in a temple in Egypt, was written three times in three distinct languages: Egyptian hieroglyphs, Demotic – a type of casual Egyptian language – and Ancient Greek.

Thanks to the Stone, historians could finally decipher Egyptian hieroglyphs for the first time using the Greek translation as a starting point. The Stone was discovered by accident in July 1799 by French troops with Napoleon Bonaparte’s army. Soon after the stone’s discovery, scholars went to work trying to crack the code. By 1822, the inscription was almost entirely translated. 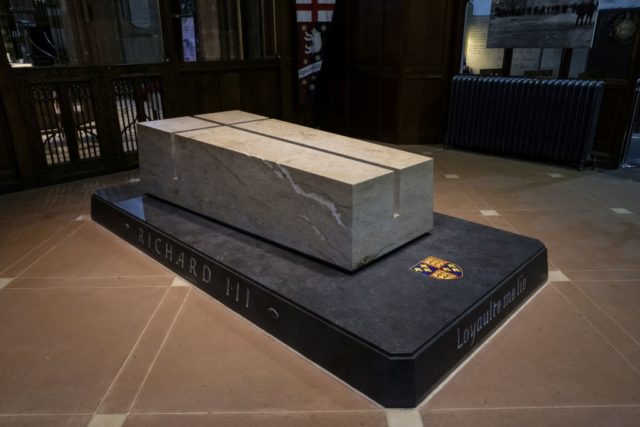 In 2012, archeologists unearthed a skeleton underneath a Leicester parking lot. Never in their wildest dreams would they have believed they’d stumbled upon the lost remains of one of Britain’s most infamous rulers: King Richard III. The remains were discovered at the former site of Greyfriars Friary Church, where Richard III was hastily buried after being killed at the Battle of Bosworth in 1485.

In 2015, after years of debate between historians, Richard III’s descendants, and local figures, the body of the forgotten King was finally put to rest inside Leicester Cathedral. It was over 500 years after his death. 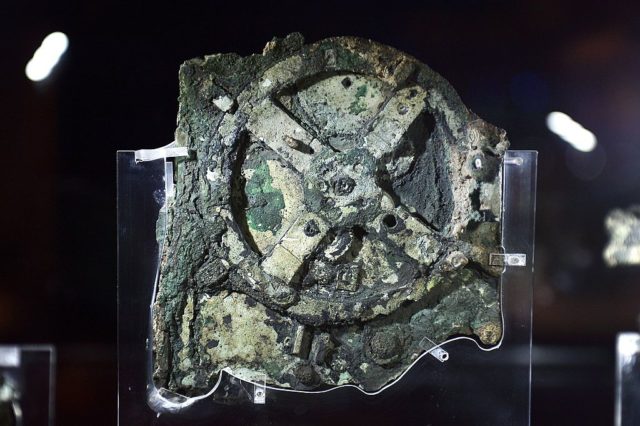 The mechanism was discovered among the remains of an ancient shipwreck off the coast of the Greek island Antikythera. The wreck dates back to the first century B.C.E. The device is made from bronze and uses a series of wheels, gears, and pointers to track the movement of the sun, moon, and stars. 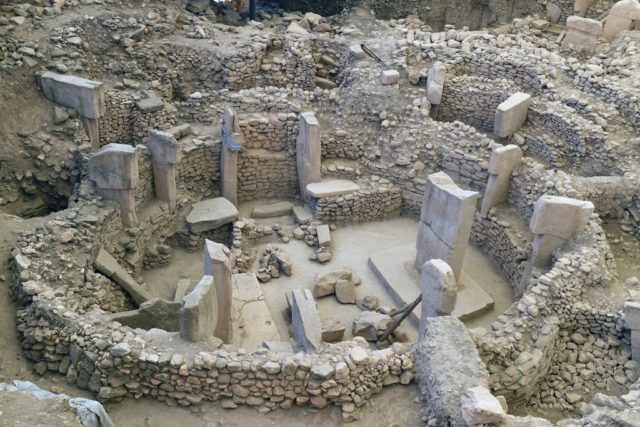 In 1994, German archeologist Klaus Schmidt made one of the most incredible discoveries of our time outside of the ancient city of Urfa, Turkey. Schmidt unearthed massive 11,000-year-old carved stones that had been arranged in a circle. The standing rocks are 6,000 years older than Stonehenge, and the fact that the prehistoric people who built it likely didn’t even have metal tools to use makes the site especially rare. It is believed that Gobekli Tepe is the world’s oldest temple.

The temple was built on top of a manmade hill and consists of several freestanding limestone slabs dating back to the Stone Age. The further into the hill Schmidt dug, the more pillars he found, revealing that this holy place was the site of several temples over the years – all stacked on top of one another. Human bone fragments have also been discovered, leading historians to believe this could have been a burial ground or even the site of human sacrifice.

The Palace of Knossos, Crete 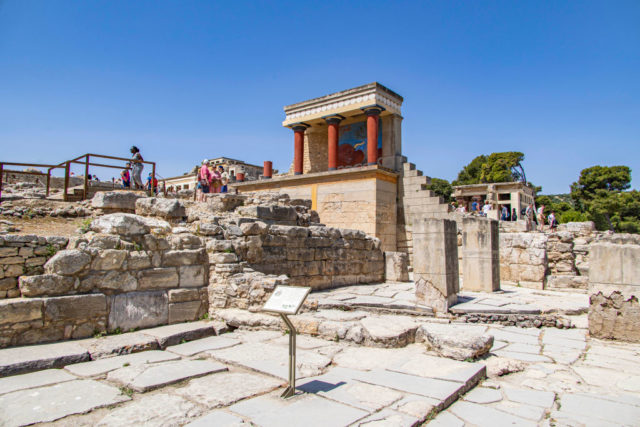 The ancient Minoan palace of Knossos on the island of Crete is considered to be Europe’s oldest city. Likely built between 1600 and 1400 B.C.E., Knossos was a lavish city center during the Bronze Age. Today, the restored city features stunning frescos and impressive architecture from the ancient world.

The palace was discovered in 1900 by archeologist Sir Arthur Evans and eventually restored to its former glory. Even though it was unearthed more than a century ago, many questions remain unanswered. Historians have yet to sort out when the palace was built, as some buildings predate the main palace structure. 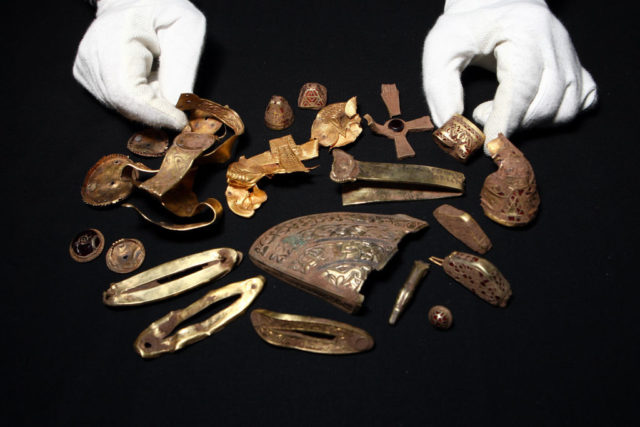 Some of the items found just below the surface of a cultivated field in south Staffordshire known as the Staffordshire Hoard. (Photo Credit: David Jones / PA Images / Getty Images)

The Staffordshire Hoard is the largest Anglo-Saxon hoard ever found, and its discovery has also yielded a wealth of new information about the ancient society during a time of profound change. The hoard was found buried in a farmer’s field in Staffordshire, England in 2009. The collection of over 4,000 items includes fine pieces inlaid with garnets and is mostly made up of war gear including sword fittings.

Historians believe the hoard was buried in the 7th century in what was originally the Kingdom of Mercia – now modern-day Staffordshire. Many of the artifacts are bent or warped, leading researchers to believe they were torn from slain enemies as war prizes and then buried for safekeeping. 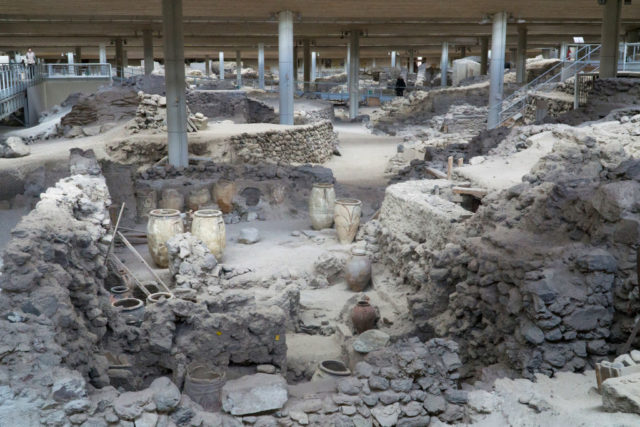 If Pompeii is Ancient Rome’s great buried city, then Akrotiri is Ancient Greece’s equivalent. The Minoan city, located near Santorini, was destroyed after the Theran eruption – a volcanic eruption in the Aegean Sea that destroyed the island of Thera and nearby settlements like Akrotiri (the original name of the settlement is unknown).

The entire settlement was buried after the eruption triggered massive tsunamis in the region. The city was first excavated in 1867 by French geologist F. Fouque, but extensive excavation kicked off in the 1960s. The beautifully preserved frescos in the city are especially valuable to the understanding of Minoan arts and culture. 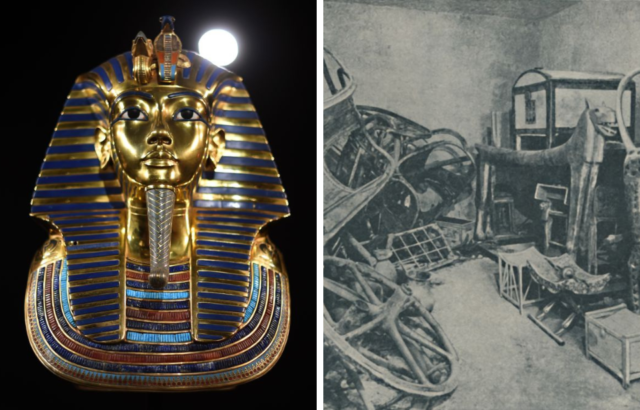 Even though he is one of the most well-known Egyptians of all time, Tutankhamun was a relatively short-lived pharaoh who died when he was just 19 years old. He was laid to rest in a lavish tomb filled with gold treasures, including the iconic gold burial mask. Explorer Howard Carter knew he had made the discovery of a lifetime when he unearthed “King Tut’s” final resting place in 1922.

More from us: This Dagger Found In King Tut’s Tomb Is Literally Out Of This World

The discovery was one of the first widely reported archeological wonders of its time and has since spurred a century of research into Egypt’s famous Valley of the Kings.