Drew Barrymore Finally Speaks About The ‘Torture’ Of Alcohol

American actress, director, producer, talk show host, and writer Drew Barrymore has spoken out about her sobriety journey over the last few years. After suffering from substance use throughout many periods of her life, Barrymore finally feels freedom now that she has said goodbye to alcohol for good.

Barrymore had a very tumultuous childhood 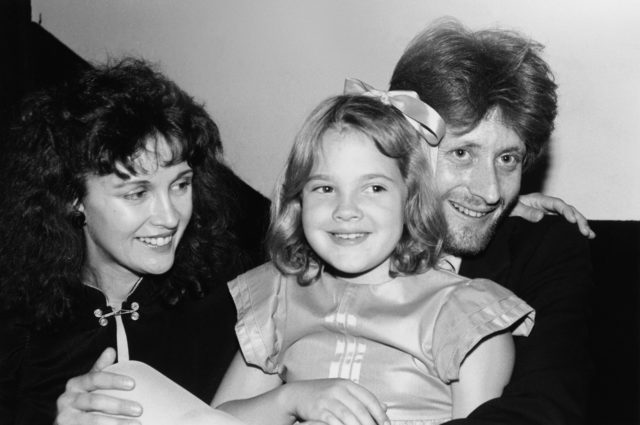 Drew Barrymore was born into a family of actors and actresses. Her grandfather was John Barrymore of the Drew and Barrymore theatrical families and her father was John Drew Barrymore, famous for his roles in War of the Zombies (1964) and The Centurion (1961). Her mother, Jaid Barrymore, is also an actress and was featured in Everything’s Jake (2000) and Enchanted (1998).

With such a strong lineage of stardom, it was pretty obvious that Barrymore would get into the world of acting as well. However, being raised in that atmosphere caused her to participate in some destructive behavior.

Barrymore has admitted that she was eating ice cream swimming in Baileys liqueur as young as the age of seven, smoking as young as 10, and using harder substances as young as 12. Her substance abuse became so bad that her mother had her hospitalized at the age of 13 following an attempt on her life. 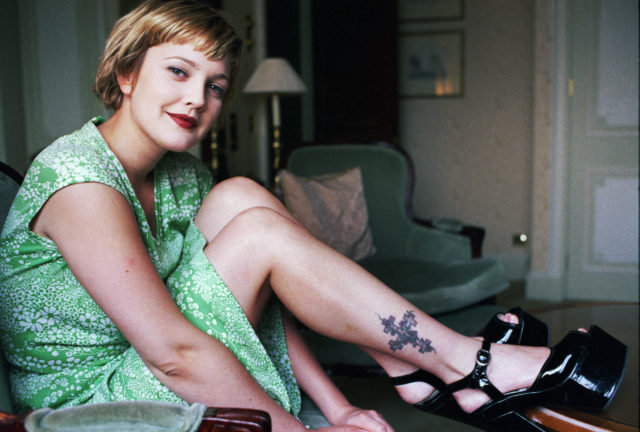 American actress Drew Barrymore in a green dress and black patent platforms, with a tattoo of a cross on her calf, photographed in her hotel room in London on April 25, 1997. (Photo Credit: Martin Godwin / Getty Images)

When Barrymore was released from the hospital, she was emancipated from her mother’s guardianship by the courts. It was determined that her mother could no longer care for her. That day, the judge said to Barrymore, “I can turn the clock forward, but I can never turn it back. Are you ready for that?” She was. Following the ruling, she worked hard to rebuild her acting career.

She eventually found her legs in Hollywood again and was starting to get roles in big films, but made sure not to bring old habits with her. She said that the idea of ever using cocaine again “literally seems like my worst nightmare.” She did, however, continue to drink alcohol socially as a way to “get out of my own head.”

She felt alcohol no longer served her 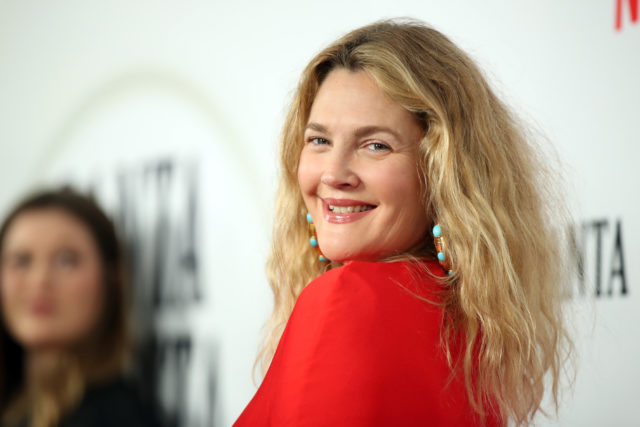 Barrymore divorced her third husband, Will Kopelman, in 2016, which was around the same time she attended a Utah-based treatment facility. She went there to “change my life. I wasn’t doing very well and I just wanted to go talk to some people on how to pull myself out of a hole.” It was then that she also withdrew from making Barrymore Wines.

Barrymore felt that alcohol was not serving her any longer and officially quit drinking in 2019. She first revealed her sobriety in December of 2021 and described quitting drinking as “one of the most liberating things in my journey of life.” She also said that it allowed her “to finally become free of the torture of guilt and dysfunction.”

More from us: Surprising Similarities Between Drew and Ethel Barrymore

“One of the bravest things you can do is slay those dragons and finally change an awful cycle in which you’ve found yourself stuck. For me, it was to stop drinking,” said Barrymore.

« A Colonial Dinner Party: 11 Strange Things Colonial People Actually Ate
You Shudder Been There: Why Elvira Is Mistress Of The Dark »