We’re Heartbroken These Foods Were Discontinued In 2022

Companies come out with unique foods all of the time. Most find a permanent spot on store shelves and menus, while others don’t even last a year. Plenty of factors come into play when deciding the future of products, and, unfortunately, sometimes the bad outweighs the good. In 2022, we said goodbye to both cult classics and major flops from our favorite fast food chains and companies.

The fried chicken sandwich craze that swept the United States didn’t go unnoticed by Burger King. In May 2021, the fast food chain launched its own rendition, the Ch’King Sandwich.

Sadly, the Ch’King was slowly removed from the menu just 15 months after its release, as it was difficult for employees to assemble. This is a huge problem for a business that prioritizes speedy service. 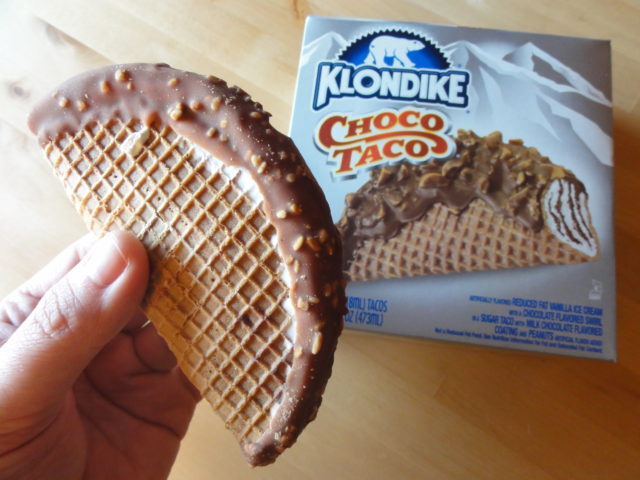 Designed in 1983 and on store shelves for nearly four decades, customers enjoyed Klondike’s Choco Taco. However, in July 2022, the folded, ice cream-filled treat was pulled. The company halted production due to a higher demand for other products.

There’s still hope for fans of the delicious taco treat, however, as Klondike tweeted shortly after that there was a chance the Choco Taco would return. “We know this is disappointing – we’ve heard our fans, and we’re hoping to bring this favorite treat back to ice cream trucks in the coming years,” the tweet read. 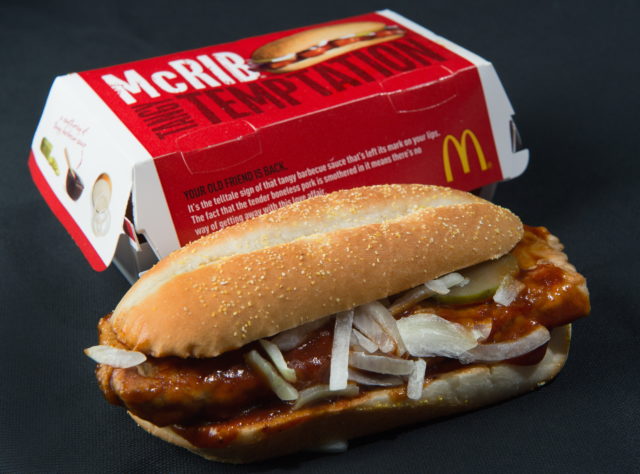 The McRib has been on and off of the McDonald’s menu for decades. It was first added in 1981, and has been treated as a limited-time product ever since. However, McDonald’s alluded to the possibility that 2022 may have been the last chance to purchase it.

Much like the Choco Taco, the McRib is a cult favorite. If this really was the last year it was available, we hope everyone who wanted to buy one (or 10), did.

.@Starbucks has a new chicken, maple butter and egg sandwich. I tried it, this ☀️ 💯 I’m just missing the jelly packet. pic.twitter.com/ifTjMUrUxz

This sandwich didn’t last long at all. Debuted on June 21, 2022, we were saying goodbye to the Chicken Maple Butter Egg Sandwich from Starbucks just five days after its release.

Rumors spread that the sandwich was making people sick, and the company didn’t hesitate in removing it from their menu to ensure the health and safety of customers. Although the sandwich was removed from physical menus, there’s still a page dedicated to it on the Starbucks website.

This is one we’re pretty okay with leaving behind in 2022.

While this one isn’t quite “food,” it’s still one we were sad to see go. Wendy’s Hot Honey Sauce was introduced in February 2022, along with the company’s Hot Honey Chicken Sandwich. It became a massive hit, and customers couldn’t get enough of the dipping sauce.

In August, rumors spread that the sauce may be discontinued, and fans were disappointed when Wendy’s confirmed a month later that they wouldn’t be renewing the product once supplies ran out.