If there’s one thing we did this year, it was learn a lot about the world. Whether it was amazing discoveries made at the bottom of the world’s oceans or incredible images that helped us decipher the mysteries of space, we definitely weren’t short on things that blew our minds. Here are just 13 things we learned in 2022.

Charles Dickens was quite the diva 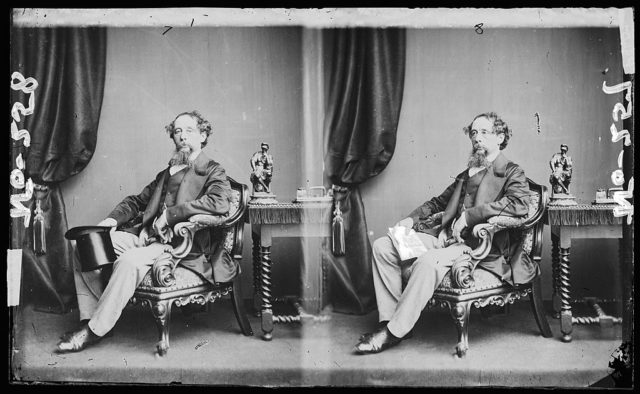 In September 2022, the Smithsonian Magazine reported that 11 letters written by renowned author Charles Dickens were being put on display at the Charles Dickens Museum in London, England. Among the topics discussed in the never-before-published correspondences was his stance on his burgeoning celebrity status.

As it turns out, the fame may have gone to the author’s head, as shown in one letter, in which he complains about his village in Kent potentially losing mail delivery on Sundays. He wrote:

“I beg to say that I most decidedly and strongly object to the infliction of any such inconvenience upon myself. I am on the best terms with my neighbours, poor and rich, and I believe they would be sorry to lose me. But I should be so hampered by the proposed restriction that I think it would force me to sell my property here, and leave this part of the country.” 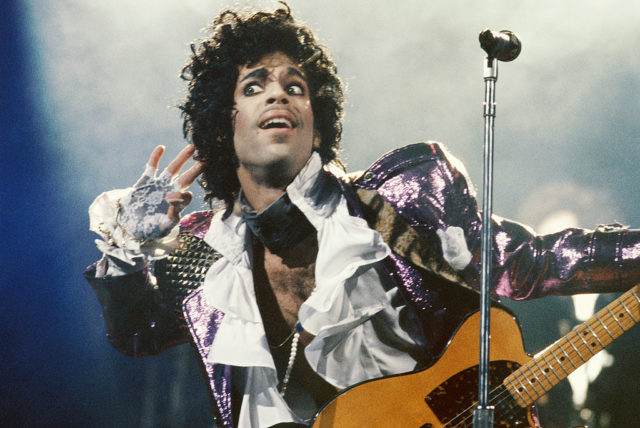 In April 2022, a video resurfaced of an 11-year-old Prince supporting a teachers’ strike by educators at the Minneapolis Public School. In the footage, which was filmed in 1970 by CBS affiliate WCCO-TV, the future music star is asked about the strike, to which he responds, “I think they should get some more money, ’cause they be working extra hours for us, and all that stuff.”

The amazing discovery made near the wreck of the RMS Titanic 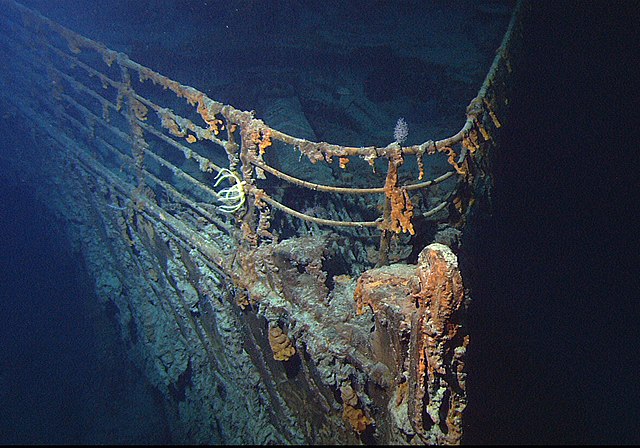 Despite being noted some 26 years prior, this discovery was only made in 2022! It had appeared as a blip on radar, and when divers investigated the site near the wreck of the RMS Titanic, they discovered a biodiverse reef filled with different species of lobsters, fish and sea sponges.

Speaking about the discovery, Murray Roberts, one of the researchers involved in the expedition, said:

“It is biologically fascinating. The animals that live there are very different to the animals that are found otherwise living in the abyssal ocean. [PH Nargeolet] did a really important piece of scientific work. He thought it was a shipwreck, and it turned out, in my mind, even more amazing than a shipwreck.” 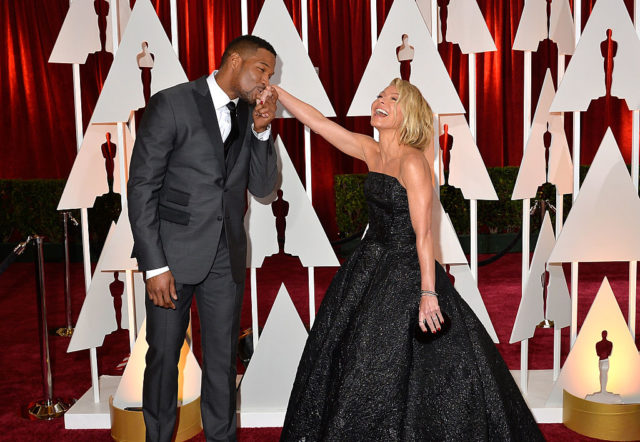 Michael Strahan cohosted Live! With Kelly and Michael alongside Kelly Ripa from 2012-16, before moving on to become one of the hosts of ABC’s Good Morning America (GMA). While you’d assume the former NFL player would have informed his cohost prior to making the announcement on television, that turned out to not be the case, and Ripa saw the slight as disrespectful. 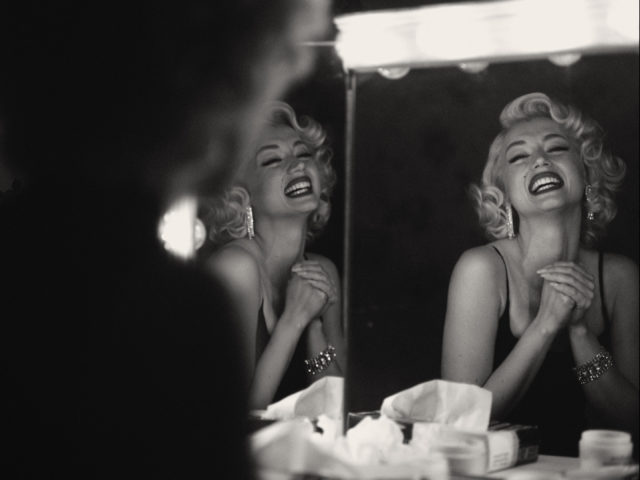 In an interview in promotion of the Netflix film, Blonde, actress Ana de Armas revealed she felt Marilyn Monroe‘s ghost on set. She shared that she’d felt Monroe’s presence early on, which we suspect might have resulted from director Andrew Dominik’s decision to begin filming the feature on the anniversary of the blonde bombshell’s death. 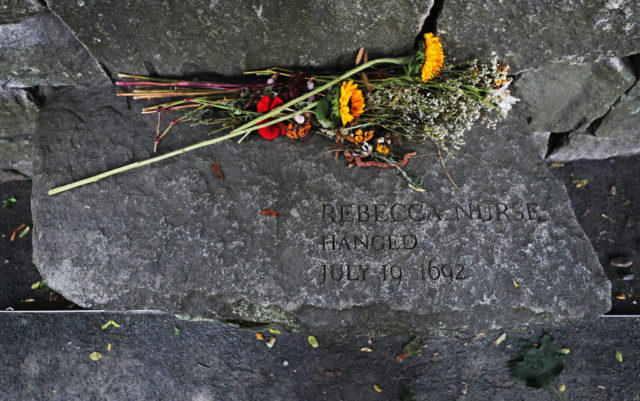 In May 2022, over 300 years after her conviction, Elizabeth Johnson Jr. was exonerated of charges of witchcraft stemming from the infamous Salem Witch Trials. Believed to be the last victim of the trials, Johnson was pardoned through the efforts of a class of eighth graders, who made it their personal mission to clear the now-deceased woman’s name.

The middle school class brought their plight to the government, which tacked on the legislation that would pardon Johnson to a budget bill, which subsequently passed.

Matthew Perry made out with Valerie Bertinelli 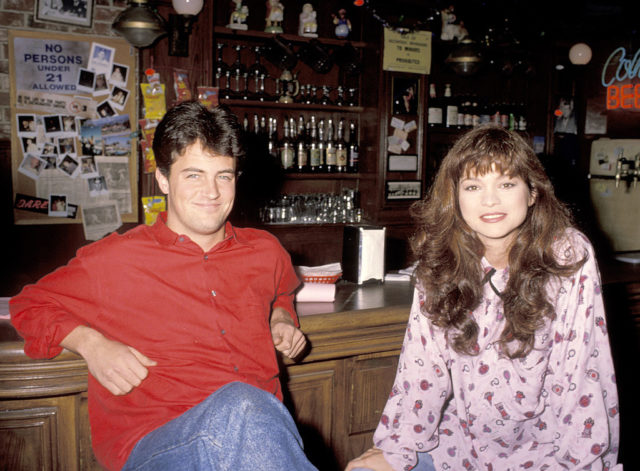 Matthew Perry released a biography in 2022, titled Friends, Lovers, and the Big Terrible Thing: A Memoir. In it, he recounted a number of never-before-heard stories, including one involving actress Valerie Bertinelli. While co-starring on Sydney (1990) together, Perry developed a crush on Bertinelli, who was married at the time to musician Eddie Van Halen.

One night, Perry was at the pair’s home. After Van Halen passed out from drinking, he and Bertinelli began making out. “Valerie and I had a long, elaborate make-out session,” he wrote. “I told her I had thought about doing that for a long time, and she had said it right back to me.”

Sadly for Perry, Bertinelli refused to acknowledge the incident occurred, which reportedly devastated him. It wasn’t until this year that she addressed what happened, uploading a video to TikTok.

Original pieces of the Notre Dame were unearthed 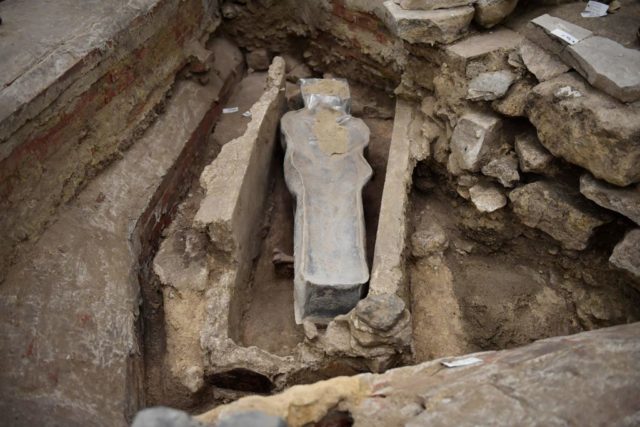 While the Notre Dame in Paris, France undergoes restoration efforts following a devastating 2019 fire, archaeologists have been conducting an excavation of the site. During these efforts, they’ve unearthed a number of relics dating back hundreds of years, including an ancient led sarcophagus from the 14th century and several painted sculptures.

We may finally know the Somerton Man’s identity 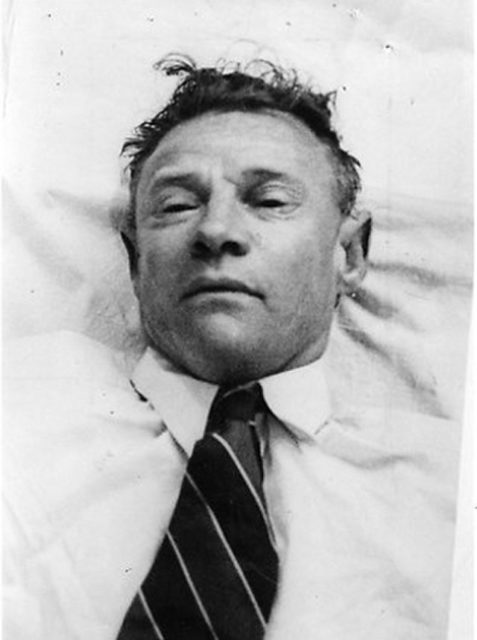 The identity of Australia’s Somerton Man had been a mystery since his body was discovered on a beach in 1948. There were few clues pointing to who he was, with the most helpful evidence being a torn piece of paper from the Rubáiyát of Omar Khayyám, a book of 11th-century poetry.

Over the decades, efforts were made to put a name to the face, and in 2022 it was announced the Somerton Man was likely Carl “Charles” Webb, an electrical engineer and instrument maker from Melbourne. The match was made through genetic genealogy, which located a first cousin three times removed on Webb’s mother’s side. A DNA test was conducted on a stand of hair, which came back as a match.

Deep space, as seen through the James Webb Space Telescope 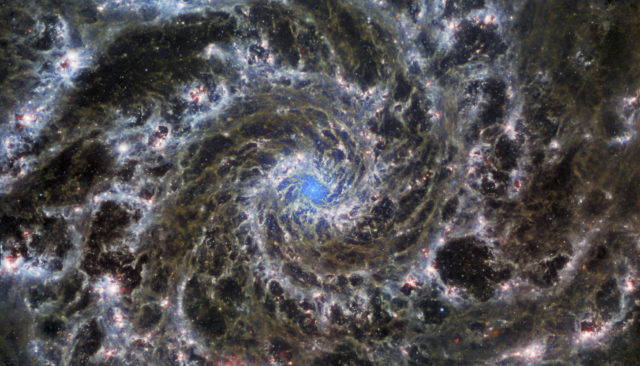 Launched on December 25, 2021, it was the following July that NASA released the first colored images captured by the James Webb Space Telescope. Considered the most advanced space telescope ever developed, its photographs didn’t disappoint, with quality that far outshines the Hubble Space Telescope.

Among the most iconic images captured by the James Webb Space Telescope are the birth of stars in the Pillars of Creation in the Eagle Nebula, the glowing dust of the Phantom Galaxy, the Southern Ring Nebula and a star formation that’s producing stars at 20 times the rate of our own galaxy!

BONUS: Thanks to NASA, we now know what a Black Hole sounds like… And it isn’t something we recommend falling asleep to.

The wreck of the SS Endurance was found in Antarctica 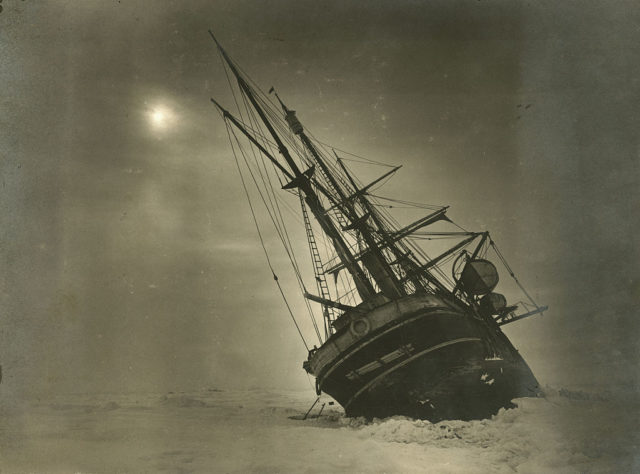 Over 100 years after it sank after becoming stuck in the Antarctic ice, researchers with Endurance22 Expedition announced they’d located the wreck of Sir Ernest Shackleton’s SS Endurance. The remains of the ship were located 3,008 meters below the surface of the Weddell Sea, with the cold water temperature and lack of wood-eating sea organisms meaning the wreck was in relatively good shape.

Scientists are planning to resurrect the Tasmanian Tiger 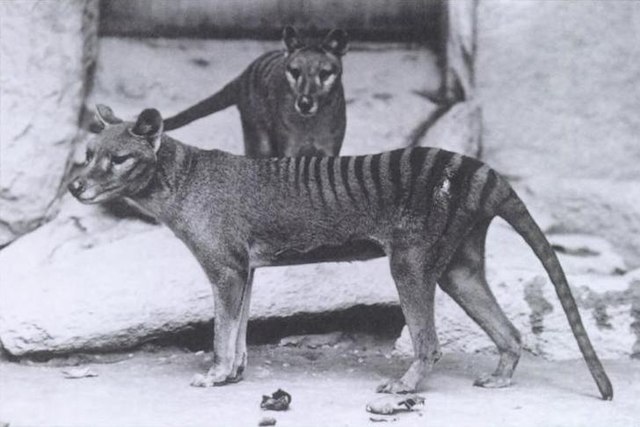 The Tasmanian Tiger may have gone extinct in 1936, but that isn’t stopping scientists from trying to bring the species back. The process is being led by Professor Andrew Pask from the University of Melbourne, in Australia, and will involve the complete reconstruction of the Tasmanian Tiger’s genome, after which it will be compared to the dunnart, its closest living relative.

Once this comparison is complete and they’re able to look at the differences between the two genomes, scientists hope to alter that of the dunnart to make it the same as the Tasmanian Tiger, after which the former will serve as a surrogate for the latter. 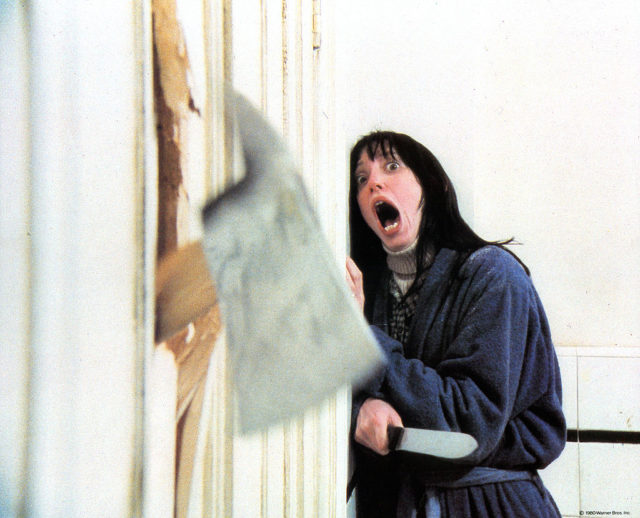 Closing out our list of things we learned in 2022 is something we never thought we’d see: actress Shelley Duvall returning to the big screen!

After appearing in 2002’s Manna from Heaven, Duvall took a break from acting, virtually removing herself from the public eye and moving to a small town in Texas. Many attributed the actress’ early retirement to the poor treatment she faced on the set of The Shining (1980), at the hands of director Stanley Kubrick.

More from us: Sally Field’s Surprising Reveal About Her Worst On-Screen Kiss

Now 73 years old, Duvall announced in 2022 that she’d be making her return to acting in the upcoming indie horror film, The Forest Hills. She’s set to portray the mother of the film’s main character, Rico, who is described as “a disturbed man who is tormented by nightmarish visions, after enduring head trauma while camping in the Catskill Mountains.”