Uncle Sam Malone: The US Government Made an Episode of ‘Cheers’ To Promote Savings Bonds

During its run from 1982 to 1993, Cheers became one of the most popular sitcoms in history. The iconic show set in a Boston bar was known for its clever comedic timing and endearing cast of characters.

With director James Burrows at the helm, Cheers won many awards over the years including multiple Primetime Emmy Awards for Outstanding Comedy series, Golden Globe Awards, and even a British comedy award for best U.S. sitcom. 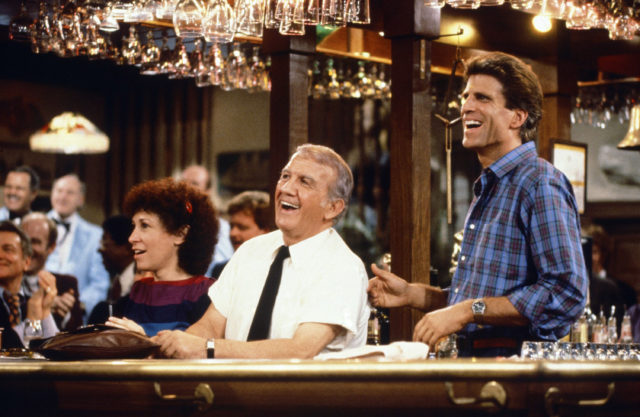 Carla, Coach, and Sam behind the bar in a still from Episode 1 (Photo Credit: NBC / mdew / MovieStillsDB)

But before Cheers became a massive hit, its producers received an unusual request from the United States Government – specifically, the Department of the Treasury. The Treasury wanted to harness the show’s growing popularity to create a bit of ‘propaganda’ to help convince Americans to buy savings bonds.

Savings bonds are essentially an easy way for people to loan money directly to the U.S. government for up to 30 years and receive a return on their investment. The bonds help pay for the government’s borrowing needs. They’re sold at a discount and mature to their full face value over the years, although typically at a much lower rate of return than mutual funds or stocks. 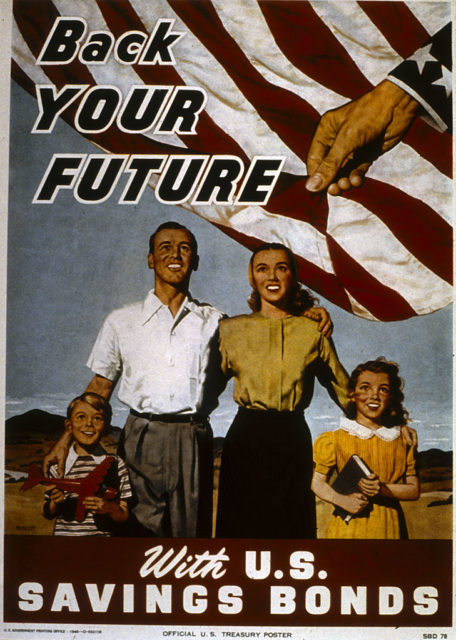 A poster issued by the US Treasury promoting US Savings Bonds during the World War II, with the caption ‘Back your future with US Savings Bonds’, circa 1941 to 1945. (Photo Credit: Fotosearch / Getty Images)

The savings bonds program was first established by President Franklin D. Roosevelt in 1935 during the Great Depression. They’re also known as war bonds because of the important role they played during World War II in the 1940s, and they continued to be a popular method of saving money well after the war.

In the 1983 Cheers savings bond mini-episode, called “Uncle Sam Malone,” Cliff tells the gang about his upcoming trip to Tahiti. Incredulous, they ask him how he can afford such an extravagance. After he reveals that savings bonds paid for the vacation, Diane replies that savings bonds are “old-fashioned, out of date, and they don’t give you a good return on your money.” 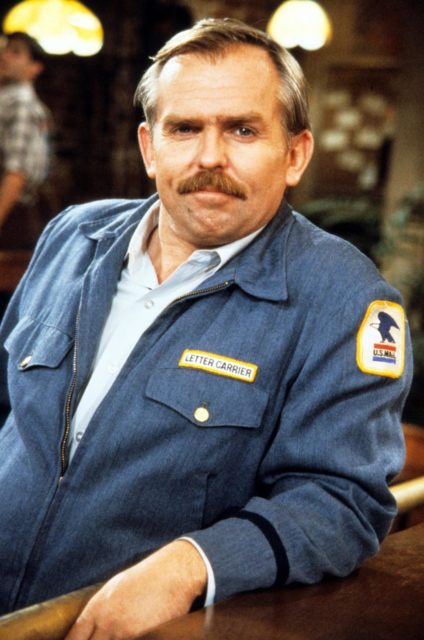 Over the course 12-minute episode, Cliff manages to convince everyone that savings bonds are the way to go. Even Diane, who proclaims that she has a “keen sense” for finances, decides that bonds sound like a safe investment, and Sam is swayed to set up a payroll savings plan for his employees. “You’ve got to be stupid not to get in on these bonds,” he says. “It’s a sure thing.”

Despite being a commissioned project, “Uncle Sam Malone” feels almost like a regular Cheers episode. It includes both the opening theme song and closing credits, and the entire cast in character.

Although Cheers’ series finale in 1993 became the most-watched single episode of the ‘90s, many viewers remain unaware of the “Uncle Sam” episode. It never aired on television and is considered a “lost episode” by some fans. You can view it here.

Cheers was certainly not the only show to collaborate with the U.S. Government this way. Leave It to Beaver, Father Knows Best, Mr. Ed, Taxi, and WKRP in Cincinnati are other popular shows that made promotional videos for “Uncle Sam.”

« Flying In Style! Vintage Photos From Aviation’s Golden Age
Did David Crosby’s JFK Conspiracy Theory Get Him Kicked Out of the Byrds? »