Did David Crosby’s JFK Conspiracy Theory Get Him Kicked Out of the Byrds?

David Crosby was a singer, songwriter, and guitarist who was a founding member of both The Byrds and Crosby, Stills, Nash & Young (CSNY). The music he and his bands created was influential in the 1960s. Crosby gained a lot of confidence from his success, to the point he was sometimes described as opinionated and contentious. In fact, his time with The Byrds may have had something to do with him being outspoken about his theory on President John F. Kennedy’s assassination. 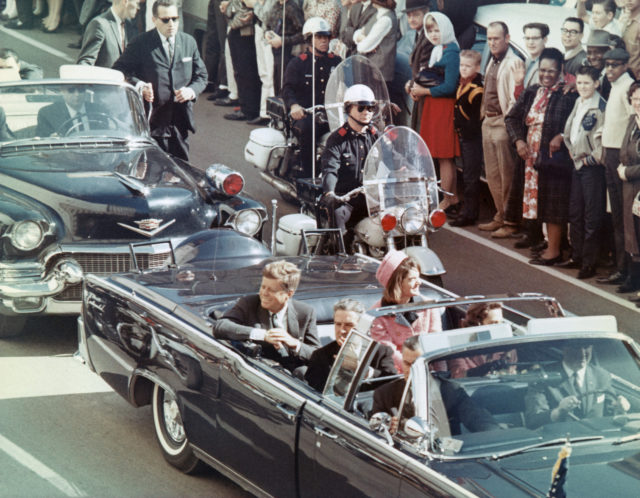 The official record of the assassination of America’s 35th President, John F. Kennedy, states that he was shot in the neck and head by one person – Lee Harvey Oswald. It happened while Kennedy was campaigning through Dallas, Texas in an open-top motorcade. The car had just turned toward Dealey Plaza and was passing the Texas School Book Depository when the shots were fired. Oswald was arrested and given sole blame for the death of Kennedy, though many have their own theories as to what actually happened.

One active theory about the JFK assassination is that he was not shot and killed by Oswald alone, but rather he was shot from multiple directions and there were more people involved. At the time of the assassination, a bystander named Abraham Zapruder captured the event on his film camera. The short clip showed Kennedy’s head flopping backward, which suggested to theorists that he was also struck by gunshots from the front and not just from behind.

Crosby made his opinion known at a music festival 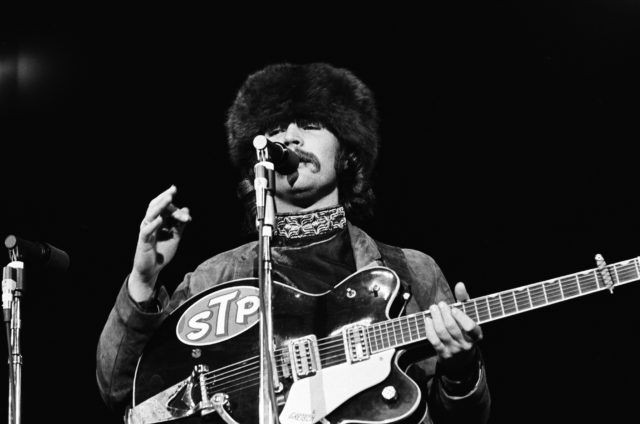 Crosby was a vocal supporter of this unofficial theory and he took the opportunity to share his opinion while performing with The Byrds at the Monterey Pop Festival in California, in 1967. Guitarist Roger McGuinn had reworded the popular folk song, “He Was A Friend Of Mine,” in reference to the late President Kennedy. They were about to perform it on stage when Crosby took over the microphone.

Before anyone had the chance to intervene, Crosby had begun explaining to the crowd that he believed Kennedy was killed by multiple shooters. “The story has been suppressed, witnesses have been killed, and this is your country,” he said. To McGuinn, it seemed like Crosby was just trying to play “Mr. Cool” and said that he resented Crosby for it. Not long after the stint, McGuinn and guitarist Chris Hillman visited Crosby at his home to tell him he was no longer part of The Byrds.

The Byrds were already getting sick of him 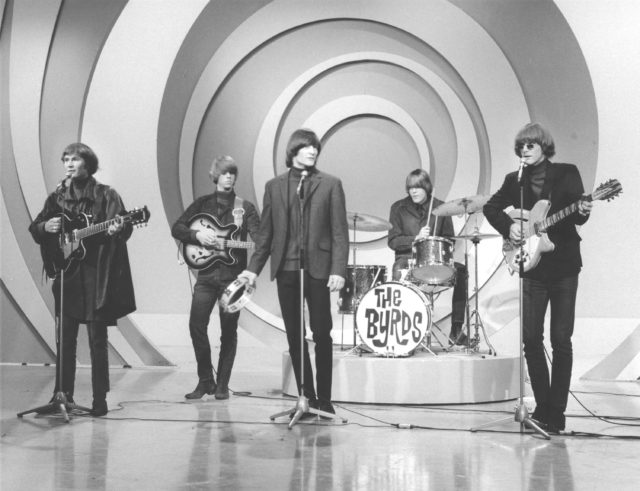 Crosby’s outburst about the JFK assassination conspiracy theory may have been one of the reasons he was kicked out of the band, but it certainly wasn’t the only reason. As it turns out, Crosby had issues with his bandmates well before the Monterey Pop Festival. It was previously reported that the exclusion of his song, “Triad,” from one of the band’s records caused him to become bitter and leave the group. He later denied that his departure had anything to do with that.

Instead, Crosby admitted that the most probable reason he was kicked out of The Byrds was that he was intolerable. “They threw me out of The Byrds because I was a [jerk],” he explained. Crosby had been critical of his bandmates and openly expressed to them that he felt they weren’t good enough as musicians. Indeed, McGuinn said that Crosby “had become insufferable.”

Crosby held this opinion on JFK’s death his entire life 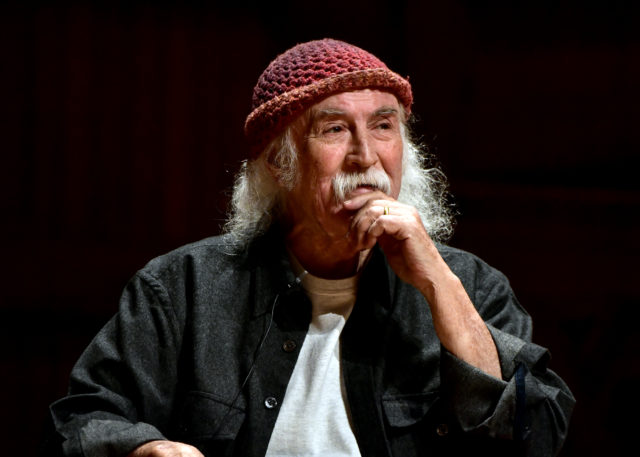 David Crosby speaks at Harvard University’s Sanders Theatre in a conversation with Harvard students titled ‘Gotta Get Down To It: Conversations With Musician David Crosby’ on September 25, 2018, in Cambridge, Massachusetts. (Photo Credit: Paul Marotta / Getty Images)

After being kicked out, Crosby admitted that it had “hurt like hell” and that it had long-lasting effects. He said that he no longer spoke to his former bandmates following the separation because they made it very clear that they didn’t like him. Both McGuinn and Hillman deny this, saying that they both still cared for him despite their rocky history together.

The rejection wasn’t enough to sway Crosby’s opinion on the JFK assassination, though. In a 2022 episode of Rolling Stone’s Ask Croz, a fan asked him if his thoughts had changed after all these years. He responded, saying, “Absolutely not. Kennedy was shot by more than one person from two different directions. You can tell if you watch the Zapruder film. I’ve been to [Dealey Plaza in Dallas]. If you look at the range from the little knoll and the wooden fence to where the car was, I could have hit him with a pistol from there, let alone a rifle.”

More from us: The Dark History of Van Halen’s ‘Jump’

David Crosby passed away on January 18, 2023. After his death, Chris Hillman posted a touching tribute online which began: “He was my mentor, my big brother, my friend. The many miles we traveled together will always hold a special place in my heart.” RIP David Van Cortlandt Crosby, August 14, 1941 – January 18, 2023.

« Uncle Sam Malone: The US Government Made an Episode of ‘Cheers’ To Promote Savings Bonds
8 Stunning Royal Tiaras That Ooze Glitz And Glamour »