From a boy without a bike in the 1980s to a 21st-century Netflix superstar, Pee-wee Herman is the world’s best-loved manchild.

Traveler, inventor, farmer, singer… Pee-wee’s done it all! But how does he stay at the top of his game? Read on to hear about his crazy adventure… 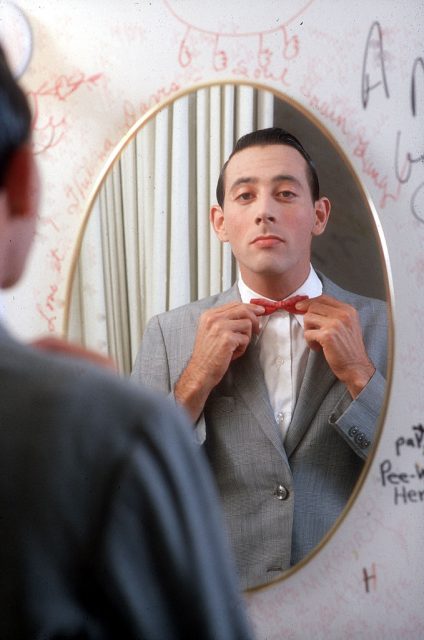 Paul Reubens poses for a portrait dressed as his character Pee-wee Herman in May 1980 (Photo Credit: Michael Ochs Archives/Getty Images)

Paul Reubens (born Paul Rubenfeld in 1952) is the actor and comedian who created Pee-wee in 1977. Ironically, the character was intended to be a bad stand-up comedian. Soon after, he developed into a guy with his own personal universe.

The name “Pee-wee” was emblazoned on Reubens’ harmonica, so he borrowed it. “It seemed real to me; it was a nickname,” he told Mental Floss in 2016. Once that was in place, he enjoyed the idea of “a last name that’s also a first name.” Enter Pee-wee Herman!

Reubens supplied the white dress shoes. The suit and bow tie were given to him. Well, the suit was borrowed but never returned… we’re sure the owner didn’t mind.

He started out with Elvira 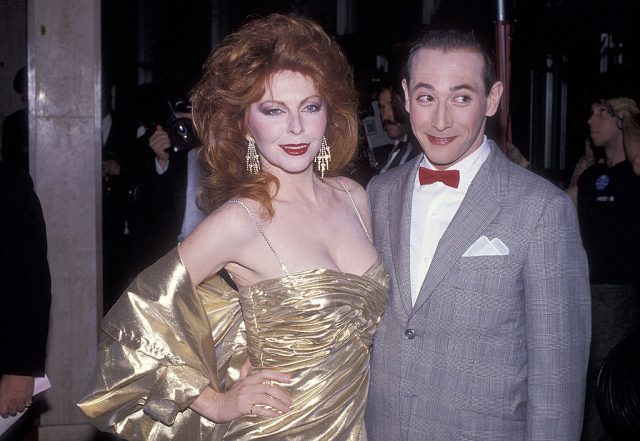 The original incarnation of Pee-wee appeared during an improv session with The Groundlings comedy troupe. Reubens was part of the operation for six years.

Also a member was Cassandra Peterson, who went on to find fame as Elvira. Pee-wee and Elvira have appeared together on TV, and Peterson also played “Biker Mama” in the “tequila” scene of Pee-wee’s Big Adventure (1985). 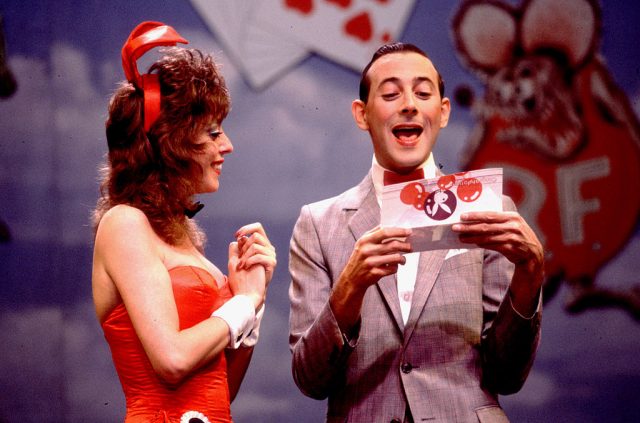 Reubens was keen that Pee-wee be mistaken for a real person. So it made sense to apply for the popular show The Dating Game in 1979.

This was Mr. Herman’s first national airing. Did he win? You bet he did! Overall, he made three appearances. 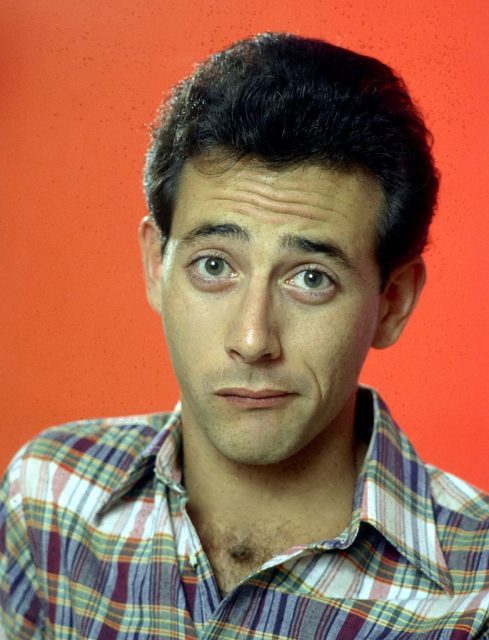 The following year, he tried to crack SNL. Losing out to fellow “dorky, nerdy, weird” guy Gilbert Gottfried (Reubens’ words, as spoken during a 2016 chat with Joe Neumaier) led to the performer making a dramatic decision.

Calling his parents, he borrowed $5,000 and staged The Pee-wee Herman Show “out of terror, bitterness and spite.” This really put Pee-wee on the map. And Reubens owes it all to a failed audition. 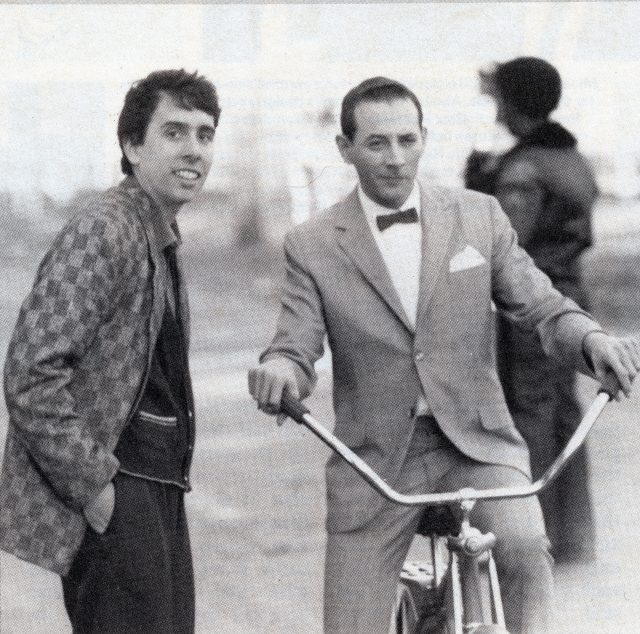 Midway through the eighties, Pee-wee got his own motion picture. It was his first roll of the movie dice. And in the director’s chair was a newbie named Tim Burton.

“The studio gave him one week to find a director who was the three impossible A’s: approvable, affordable and available,” wrote Boing Boing, covering Reubens’ 2019 New York Comic Con panel.

Why were they so pushed for time? Because Reubens had been emulating one of his inspirations, Sylvester Stallone, by driving a hard bargain. Stallone reportedly said “no” until he got exactly what he wanted. Pee-wee had the same steely attitude, although Warner Bros. execs weren’t impressed.

By the way, when we say “Pee-wee” that’s exactly who we mean. People even used to refer to Reubens as the character during negotiations! Studio bosses were no doubt reassured by the movie’s box office. It cost $7 million dollars and raked in enough to buy as many bicycles as Reubens wanted.

The plot came from real life

Paul Reubens reportedly wanted the Pee-wee Herman movie to be a remake of his favorite flick Pollyanna (1960). Here’s the trailer, so you can work out the thinking for yourself!

At the same time, the actor talked about getting a bike. This simple need to get from Point A to Point B wound up as the plot of Big Adventure. Pee-wee’s bike is stolen and he goes on an incredible journey to get it back.

Pee-wee’s Playhouse was a major production 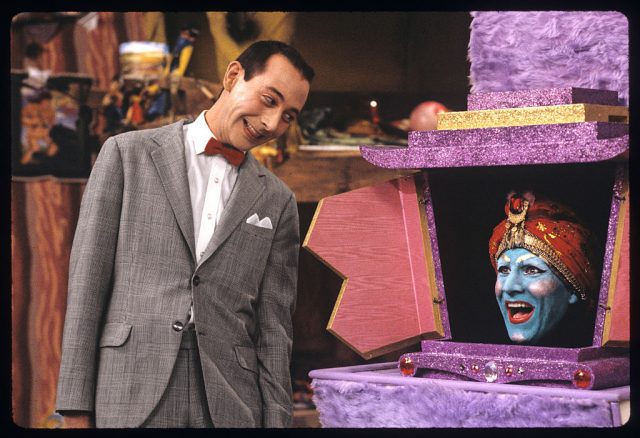 Kids’ TV beckoned after Pee-wee’s success on the big screen. Running from 1986 to 1990, Pee-wee’s Playhouse was a Saturday morning show like no other.

As The Hollywood Reporter wrote in 2020: “The sets were designed by the punk-rock cartoonist Gary Panter,” while “Devo’s Mark Mothersbaugh co-composed the theme song,” performed by none other than Cyndi Lauper (under the guise of “Ellen Shaw”). 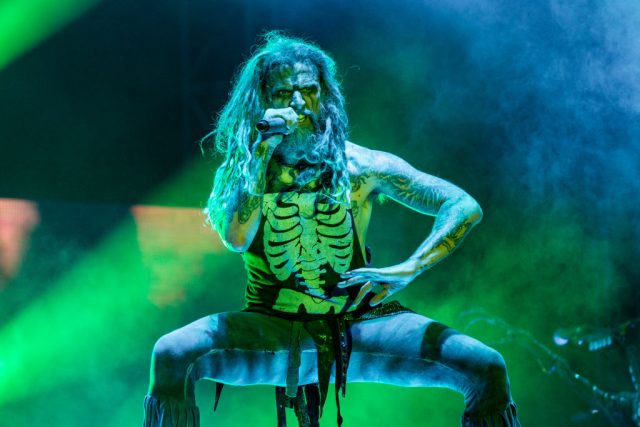 On the team for Pee-wee’s Playhouse was future rock star and horror movie helmer Rob Zombie. He worked behind the scenes as a PA (Production Assistant). The late John Singleton, who went on to direct Boyz ‘n The Hood, also did the job. 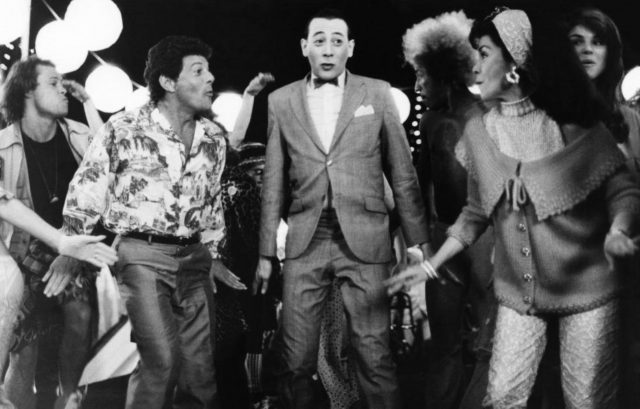 Back To The Beach (1987) is a lesser-known entry on Pee-wee’s resume. Singers Frankie Avalon and Annette Funicello brought back the spirit of 1960s beach movies, with music and guest stars.

Pee-wee shared the bill with the likes of Bob Denver, Dick Dale, and O.J. Simpson! 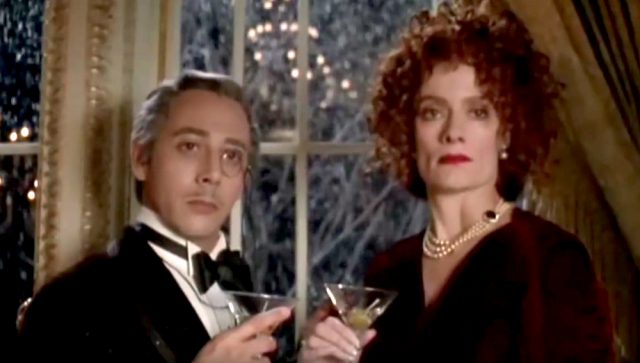 History repeated itself in 2015, when he took the role of Elijah Van Dahl, parent to Gotham’s Penguin (Robin Lord Taylor) on the small screen.

He was the original Roger Rabbit 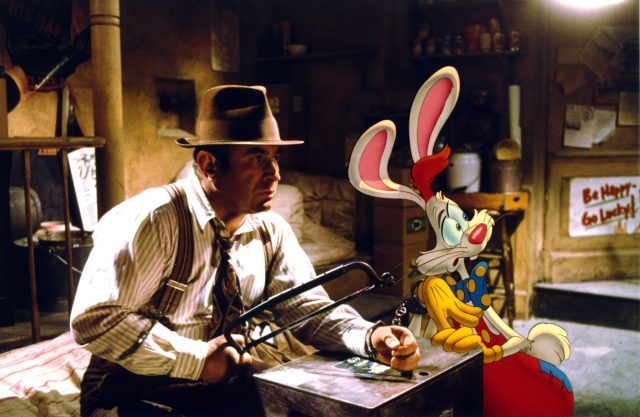 Who Framed Roger Rabbit (1988) was a ground-breaking blend of live-action and animation. Yet when producers were putting the concept together, they went to Paul Reubens for vocals.

Charles Fleischer eventually played Roger, in a project that had been in development since 1981. Reubens’ take on the role is available to view online.

He was also supposed to be Gozer in Ghostbusters 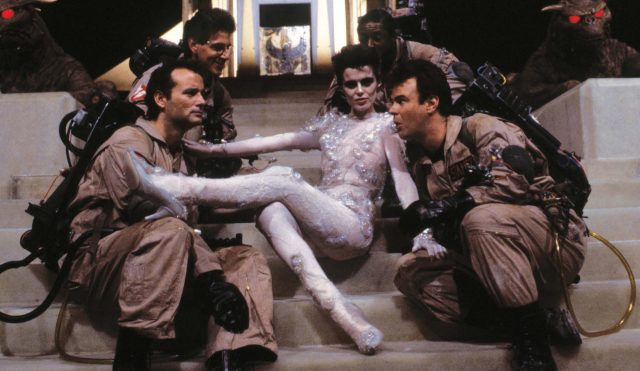 The big showdown at the end of Ghostbusters could have had a Pee-wee-shaped twist. Reubens was approached for the role of supervillain Gozer, who was very different from the version in the end product.

He reportedly turned producers down, so a geeky-looking guy in a suit was replaced by actress Slavitza Jovan.

One movie he did star in was Flight Of The Navigator 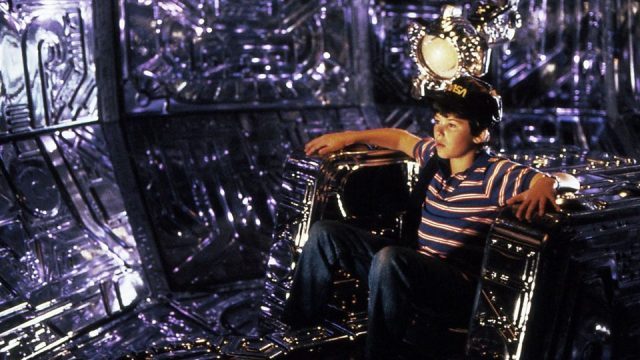 You don’t see him – and it sure doesn’t sound like him – but Reubens voiced Max, the on-board alien computer in 1986’s Flight Of The Navigator. Paul Mall was the name on the credits but Pee-wee Herman was the man behind the microphone!

Johnny Depp was offered the role of Pee-wee 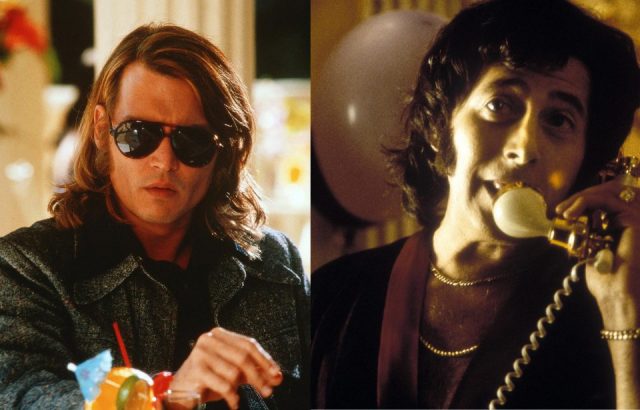 More from us: Fascinating Facts About Bill Murray’s Decades-Spanning Career

Paul Reubens and Pee-wee Herman are practically one and the same, at least in the public’s eyes. Yet versatile actor Reubens had someone else in mind to play Pee-wee back in 2007… Johnny Depp!

He’d worked with Depp on the movie Blow (2001), plus the pair had a mutual friend in Tim Burton. As mentioned to MTV, he decided to pitch a new Pee-wee to the iconic leading man.

Depp’s response, according to Reubens? “Let me think about it.”

Reubens later returned to screens as Pee-wee Herman in the Netflix movie Pee-wee’s Big Holiday (2016)… the original and the best!

« Golden Oldies: 5 Of The Oldest Celebrities in the World
The U.S. Government Requested That Veronica Lake Change Hair For The War Effort »