The Sodder Children: One of America’s Greatest Unsolved Mysteries

The uncertainty surrounding the case of the Sodder children has made it one of America’s greatest unsolved mysteries. While the official conclusion is they perished in the fire that ravaged the family home, there are many who believe there was something more sinister at work. Was it an accident or the result of an intentional crime?

George Sodder immigrated to the United States from Italy when he was 13 years old. He married Jennie Cipriani and settled in Fayetteville, West Virginia, known for its large Italian population. They had 10 children, and George supported the family by running his own business.

By all accounts, they were “one of the most respected middle-class families around.” 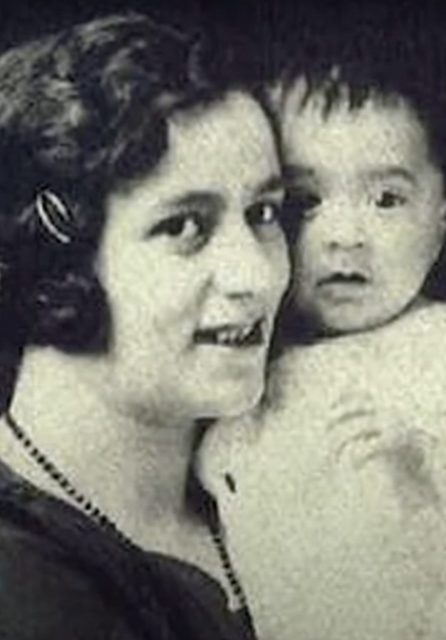 George made his opinions known around Fayetteville, alienating many within the community. He was greatly opposed to Italian dictator Benito Mussolini, which led to arguments with other Italian immigrants.

In October 1945, a life insurance salesman visited the home. Rebuffed by George and upset over his remarks about Mussolini, the salesman threatened that the residence “[would go] up in smoke… And your children are going to be destroyed.”

The family was then visited by someone seeking work. He warned George that a pair of fuse boxes at the back of the house would “cause a fire someday,” which struck the elder Sodder as odd, as he’d recently had the house rewired and been told it was safe. 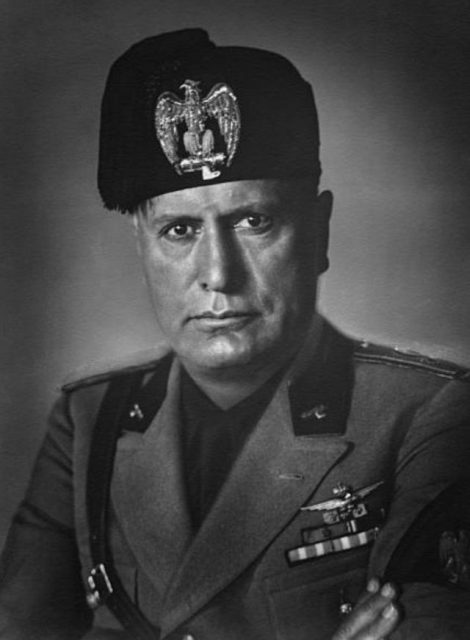 In the weeks before Christmas, the eldest Sodder sons noticed a strange vehicle parked along the main highway running through town. Its occupants were watching the younger children as they returned home from school.

The evening of Christmas Eve 1945 was a joyous occasion. The eldest daughter, Marion, surprised her three younger sisters with new toys, which they played with well past their bedtime. Jennie reminded them to finish their chores before heading to bed. 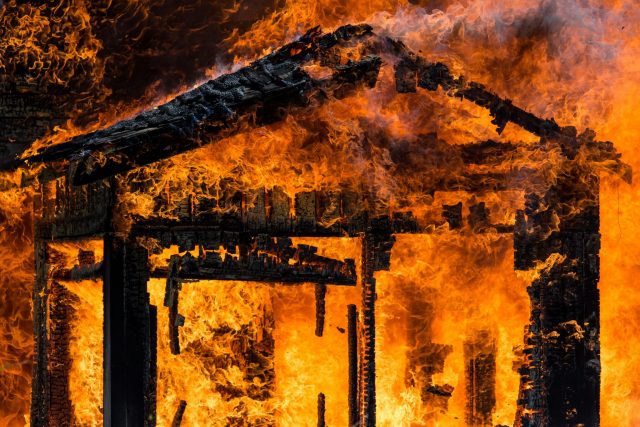 Jennie was awoken by the telephone at 12:30 A.M. She returned to bed after speaking with the woman on the other line, only to wake 30 minutes later to the sound of something hitting the roof.

She awoke once more to the smell of smoke and discovered George’s office was on fire. After she roused him, they and four of the children ran from the house. As they went, they yelled for the other children – Jennie, Martha, Maurice, Louis, and Betty – but couldn’t reach them, as the staircase was already aflame.

Efforts to get help were unsuccessful, as the family’s phone line had been cut and witness calls to the fire department went unanswered. George attempted to enter the house, but found his ladder had been moved and his two work trucks didn’t start. A water barrel that could have been used to put out the fire was frozen. 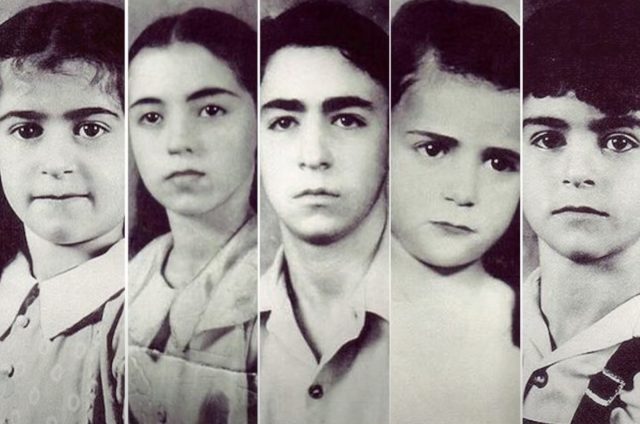 The family watched as the house burned. When the fire department showed up, Chief F.J. Morris told the Sodders that no bones were found, suggesting the children’s skeletons were incinerated in the fire. Chief Morris asked George to leave the site undisturbed to allow for further investigation, but he bulldozed over it out of grief for his children.

A coroner’s inquest was held and the fire deemed accidental, the result of faulty wiring. Among the jurors was the salesman who’d threatened George. On December 30, death certificates were issued for Maurice, Louis, Martha, Jennie, and Betty.

Chief Morris confessed to a local minister that he’d actually found a heart in the ashes of the home, which he’d buried. However, it was revealed it was actually a fresh beef liver that had never been exposed to fire – Morris had concocted the story. 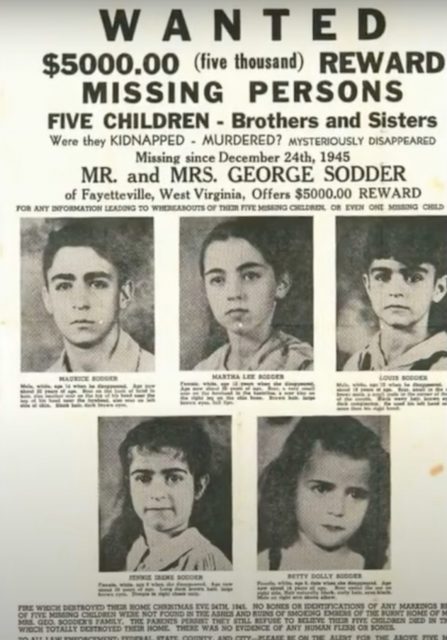 George refused to accept the coroner’s conclusion. He wrote a letter to the FBI, but J. Edgar Hoover said it was outside its jurisdiction. This decision was later reversed after it was agreed the children could have been kidnapped. However, the FBI closed its investigation after two years.

The family believed the children hadn’t been in the house at the time of the fire, which they presumed had been caused by arson. They hired a private detective and put up a billboard along the highway, and George looked into every potential sighting.

One of their many questions was how the ladder moved from its usual location to where it was found – in a nearby waterway. There was also a question as to how the phone line got cut. A man scouting the property later admitted to severing the line, but denied any involvement in the fire. 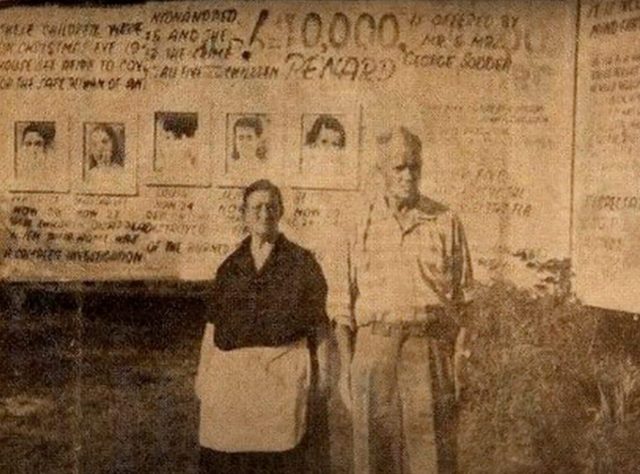 Jennie wondered how her children’s bones could have burnt in the fire. A local crematorium told her the fire wouldn’t have been hot enough for such a thing to happen, a statement supported by the fact that the home’s appliances had survived the blaze.

George persuaded a Washington, D.C. pathologist to conduct a search of the dirt at the home. A handful of items were found, including small bone fragments. They were examined by the Smithsonian Institution, which determined they belonged to a child much older than the missing Sodder children.

In 1967, Jennie received a letter, postmarked Central City, Kentucky, with no return address. Inside was a picture of a young man presumed to be in his 30s. His facial features reminded her of Louis, who would have been around that age if he’d survived the blaze. 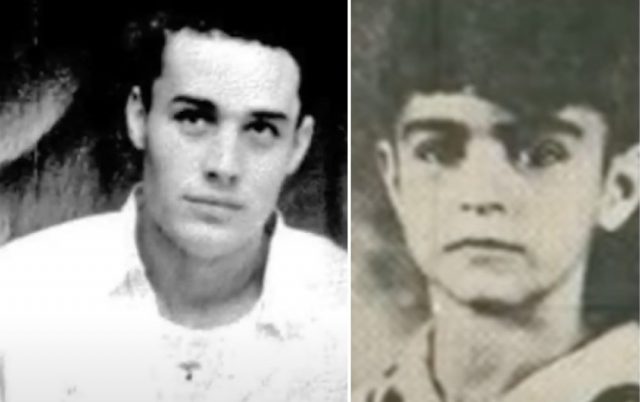 On the back was written:

The family hired another private investigator to search Central City for the mystery individual. He never reported back with his findings. The family added the image to the billboard, omitting the information about Central City out of fear Louis might come to harm.

Was the Sicilian Mafia involved?

George and Jennie passed away in 1969 and 1989, respectively. For the rest of their lives, they continued to search for their children. Jennie, in particular, took to wearing black in mourning and tended the garden she’d set up at the site of the fire.

The remaining Sodder children took down the billboard after Jennie’s death, but continued to publicize the case and investigate new leads. One theory they and the residents of Fayetteville believe surrounds the possible involvement of the Sicilian Mafia. 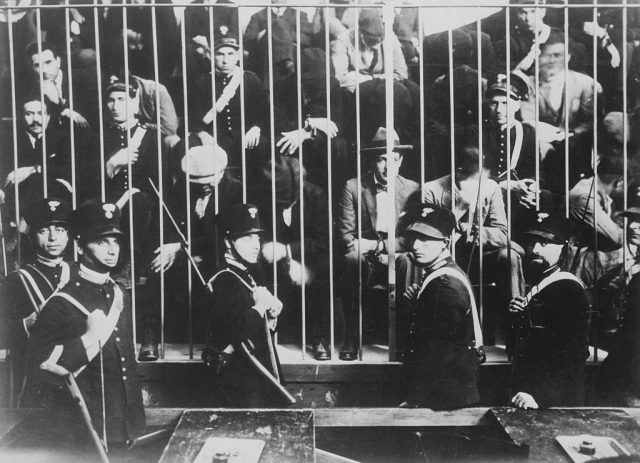 Proponents state that the Mafia could have been trying to extort money from George, and that the children were taken by someone who knew the arson would occur. If correct, it’s possible they were taken to Italy, and if they survived, they may have avoided contact with their family to keep them safe.

« Max Factor: The Man Behind The Brand Left A Lasting Mark On Classic Hollywood
The Royal Family’s Astrological Signs Are Eerily Accurate »