Quirky Old Home Features That Are Pretty Much Useless Now

Over the years, architectural styles have come and gone, and technology has evolved to keep up with the requirements of a modern home.

As a result, in some houses you can find features that date back to a time before we had mobile phones or refrigerators or central heating.

Starting from the outside and working in, we take a look at some of the obsolete home features you can still find in houses today. 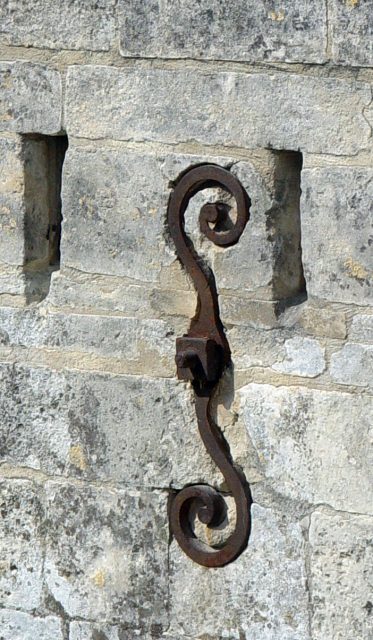 Anchor plates, often in a star or “s” shape, can sometimes be found on the exterior of old houses. They were put into the brickwork as structural reinforcement to stop the wall from bowing outwards.

They’re most often made from cast iron, although they can be made from wrought iron or steel. They are usually found in old European cities but can also be seen in places such as New York, Philadelphia, and San Francisco. 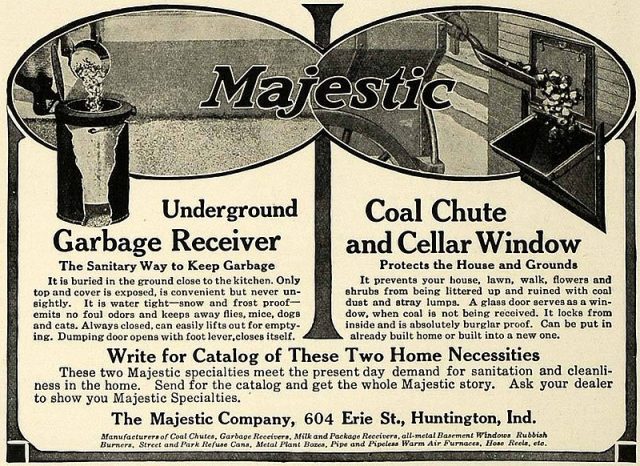 Before gas heating was introduced in the 1940s, most homes were heated by open fires burning logs and coal.

In the past, coal would be delivered in much the same way as milk ”“ a man would drive around the streets with a wagon of coal. Rather than being left on the doorstep or carried into front rooms, the coal was shoveled through a small door in the side of the wall. A chute led down from the door into the basement or coal cellar. For those homes that had a basement furnace, the coal could be shoveled directly into the furnace. In other homes, it was ferried upstairs in coal buckets. 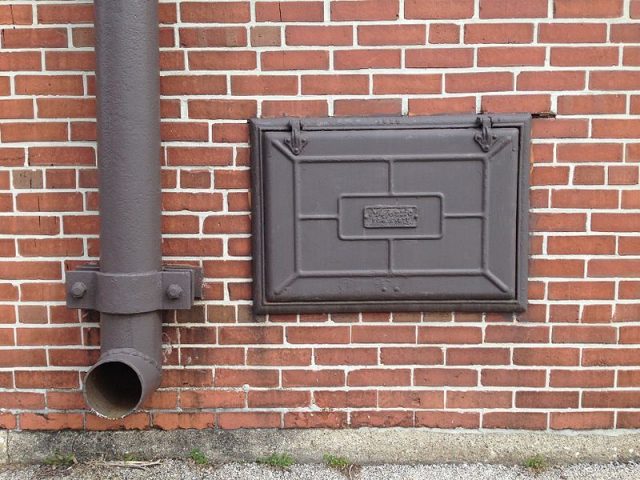 Today, coal holes are still in evidence, but the metal cover is often sealed up. 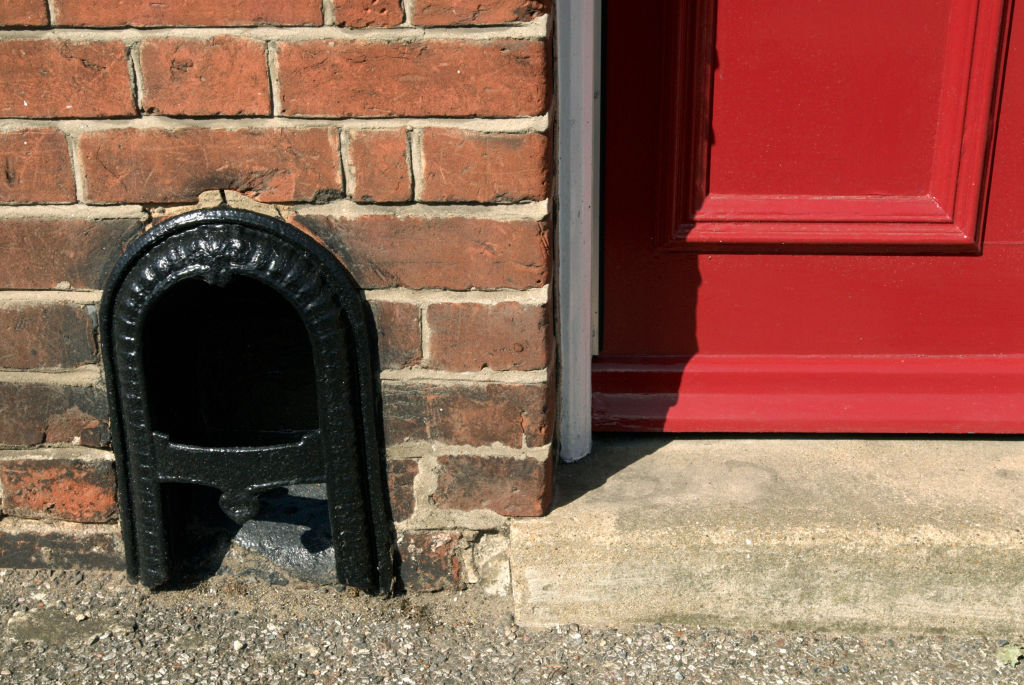 Also known as a “decrottoir” in French, a boot scraper was essential in the 1700s and 1800s since a lack of paved roads meant a visitor could turn up to your house with boots covered in filth. Attached to their soles would be not only mud but also excrement from humans, dogs, and horses, all of which could be found on the average street.

A boot scraper fixed into the wall or flagstones helped to ensure that as little mud as possible entered the home. 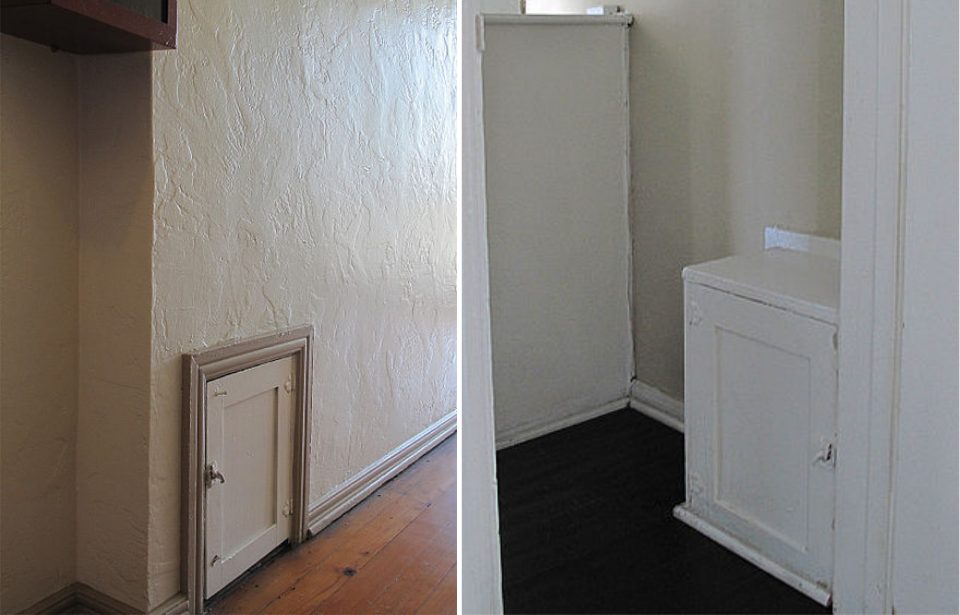 A milk door was installed in the walls of some houses so that the milkman could leave fresh milk in there and pick up any empty bottles that the family had finished with.

Much like an icebox (something else that was delivered to homes along with coal and milk), there were two milk doors ”“ one inside, one out. They both connected to a little cabinet built into the exterior wall. The milkman would open the exterior door to leave fresh milk in the cabinet and pick up empties, while the family would open the inside door to retrieve the goods. 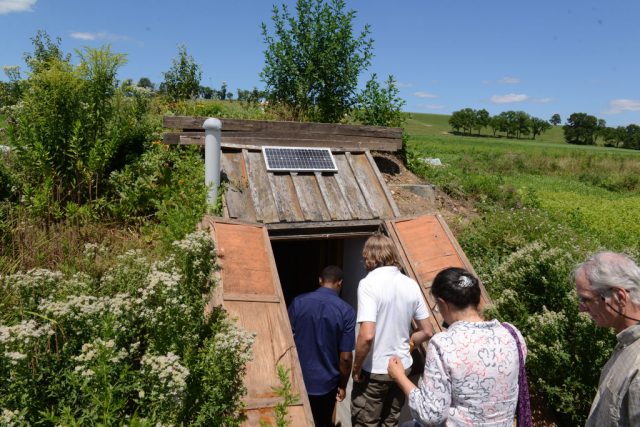 A root cellar could simply be a small section of the basement or pantry used to store fresh fruit, jams, preserves, and vegetables. However, some householders actually built a second basement area that could be used solely for storing perishable food during the colder months.

Depending on the weather, the humidity, and the condition of the crop, vegetables and fruits could be stored for weeks or even months in a dedicated root cellar. 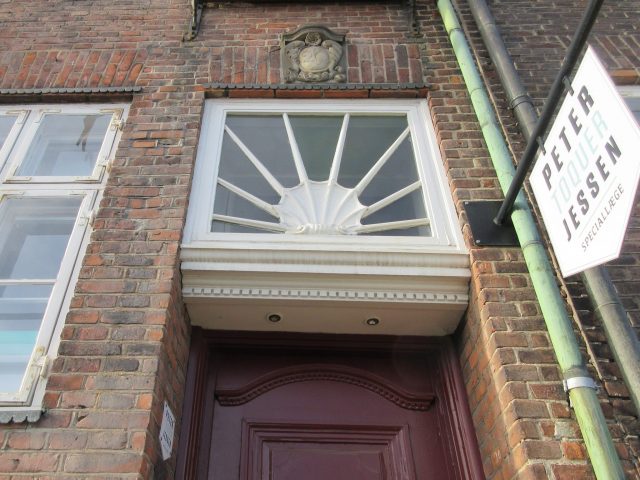 Transom window above a door in Copenhagen, Denmark. (Photo Credit: By Ramblersen2 – Own work, CC BY-SA 4.0)

In the days before electricity, hallways could be gloomy places. With rooms on either side, there was no possibility of having windows in the walls, and you wanted your front door to be as sturdy as possible. This led to the invention of transom windows, which were installed above front doors.

A transom is a horizontal structural beam that separates a front door from the section above it, so it made sense to call this feature “transom windows.” They were designed to let in light and fresh air without compromising on security.

Buttons in the middle of the floor

Have you ever found a button that seems to be randomly located in the middle of the floor? Turns out that these have a name and a purpose. They’re called “butler buttons” and were popular in the late 1900s as a way for homeowners to summon their serving staff.

The buttons were placed in the middle of a room and then a wire was typically run (under a rug) to the head of the table for easy access. 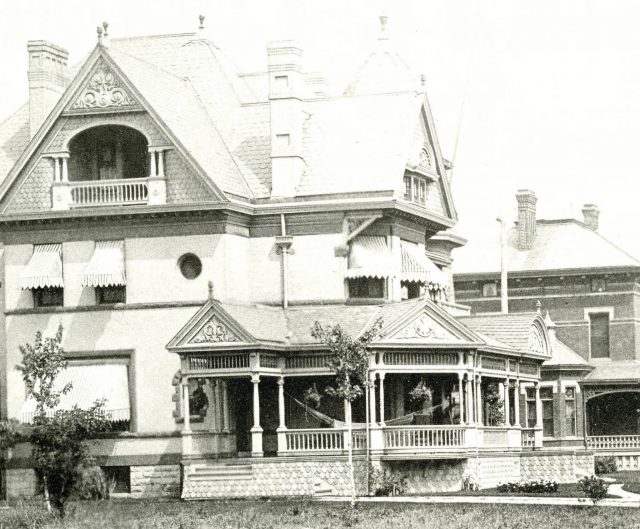 (Photo Credit: Wikimedia Commons by Toledo-Lucas County Public Library as part of a cooperation project. The donation was facilitated by the Digital Public Library of America, via its partner Ohio Digital Network. Public Domain)

Before we move on to unique features inside a house, we should consider sleeping porches, which are half inside and half outside. Despite its name, a sleeping porch doesn’t need to be by the front door or even at ground level. It’s a deck or balcony, sometimes screened or surrounded by windows, that is built to serve a particular purpose.

In particularly warm locations, a sleeping porch can be a cooler room where children would sleep in the summer. Alternatively, it could be used as a bedroom for those suffering from lung ailments who need more fresh air than is afforded by a normal inside room. Doctors might even recommend that patients suffering from tuberculosis sleep in such rooms year-round. 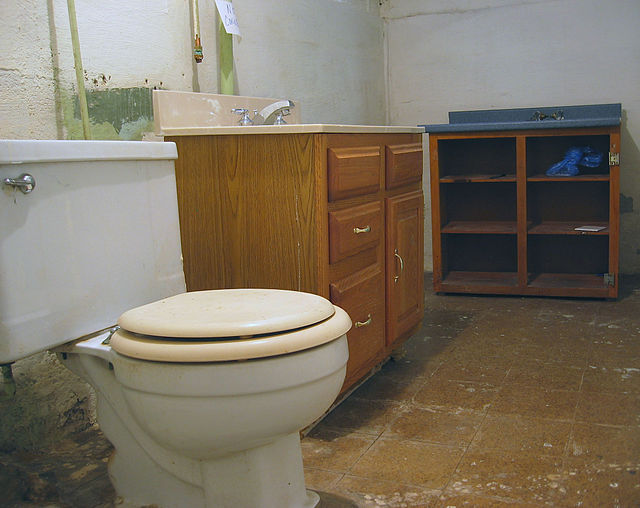 Many homes have a second bathroom or water closet for guests, but in some homes you’ll find a stand-alone toilet in the basement. This feature became commonly known as a “Pittsburgh toilet” or “Pittsburgh potty” since it was often found in Pittsburgh, Pennsylvania. Sometimes a shower and sink would be located nearby as well.

According to the Family Handyman website, “the historically industrial town’s steelworkers and miners used them after a long day of work. To avoid tracking in grime, they’d go right to their basements to clean up before entering the main part of the house.”

However, that doesn’t necessarily explain why some houses simply have a lone toilet and no other facilities in their basement. But architect William Martin had a possible solution ”“ namely that this was a pre-World War II solution to avoid sewage problems.

He explained how, when there’s a sewage backup on the street, sewage will come into the home through the fixture that’s lowest to the ground. To avoid it spilling out into your best bathroom, homeowners would have a toilet installed in the basement so any overflow could be easily cleaned up without spoiling expensive bathroom tiles. 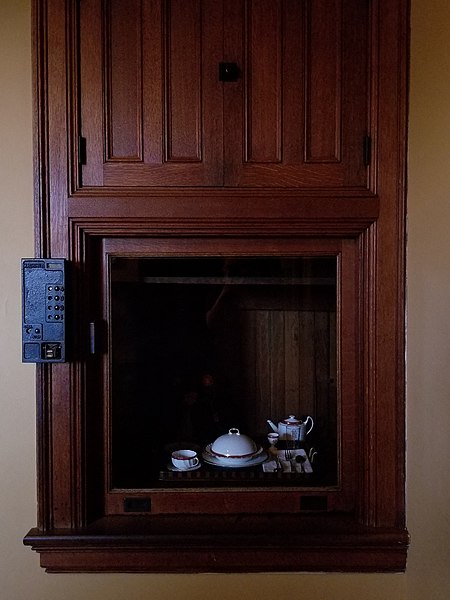 A dumbwaiter in the china pantry (Photo Credit: By Comtesse, Own work, CC BY-SA 4.0)

A dumbwaiter was a mini freight elevator dedicated to food. In any dwelling where the kitchen is one or more levels away from the dining room, the dishes could be transported in a dumbwaiter rather than being carried up the stairs. It was quicker (so the food stayed warm) and could avoid spills and collisions.

In 20th-century London, they were particularly popular in the houses of the rich, and maids also used them to move laundry from one room to another. However, dumbwaiters were also a popular hiding place for children, and the various accidental deaths and injuries were part of the reason why these small elevators fell out of favor.

Today, they are installed in commercial buildings such as hospitals, schools, restaurants, or even retirement homes. 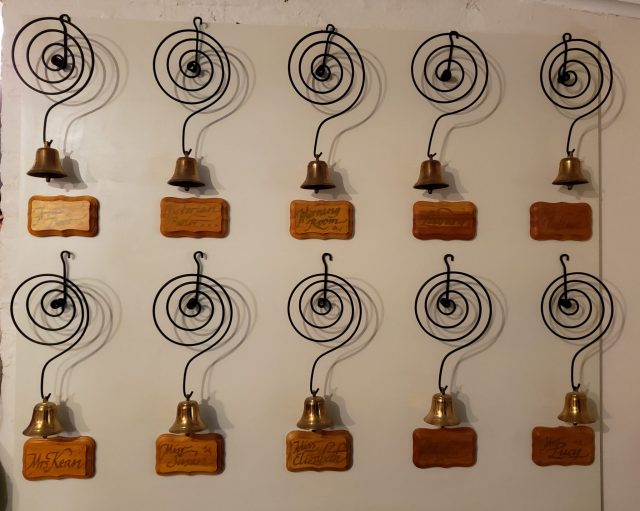 These can often be found in a line just below the ceiling of a kitchen or perhaps behind a closed panel. The bells were connected to bell-pulls in different rooms, and a label beneath each bell would tell servants to which room they were being summoned.

The hand-pulled bells were eventually replaced by buzzers operated by a button, which were then phased out in favor of intercoms.

Speaking tubes, inside and out

Sometimes instead of (or in addition to) servant bells, there would be speaking tubes connecting various rooms in a house. These were the precursors to the intercom and consisted of a tube that ran through the walls, connected at either end to mouthpieces in different rooms.

Occasionally, the mouthpiece of a speaking tube would be placed outside the front door so that visitors and delivery men could announce themselves.

A push-button light switch is one that has two buttons ”“ one to open the contacts and one to close them. When one button is depressed, the other pops out. The “on” switch was generally placed at the top, although for extra identification, the “on” switch often had a white inlay as well.

Although these have been replaced by more modern switches, it’s still possible to buy a reproduction push-button switch today if you want to give your house that vintage feel.

« From Triads To Sylvester Stallone… Why Doesn’t Jackie Chan Play The Villain In His Movies?
10 Things We’ve Discovered Way More Recently Than You Think »