Everyone’s aware of water pie, a Thanksgiving treat that first emerged during the Great Depression. While a rather unusual concoction, it appears tame next to the candle salad, a 1920s take on fruit salad that looks like something that’s definitely not a candle… 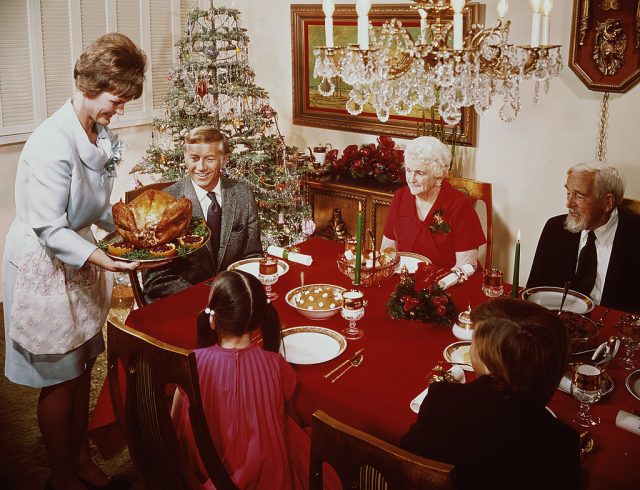 Candle salad experienced peak popularity between the 1920s and 1960s, and was first introduced to the American public in 1916 as part of a socialite menu. It was a unique take on the traditional fruit salad, featuring leaves of lettuce, slices of pineapple, a peeled banana, a red cherry, and the cook’s choice of either whipped cream, mayonnaise or cottage cheese.

Now, this might not sound appealing to some – who would eat a banana with mayonnaise? – but it was loved by adults and children alike, and made a regular appearance at dinner tables every holiday season. 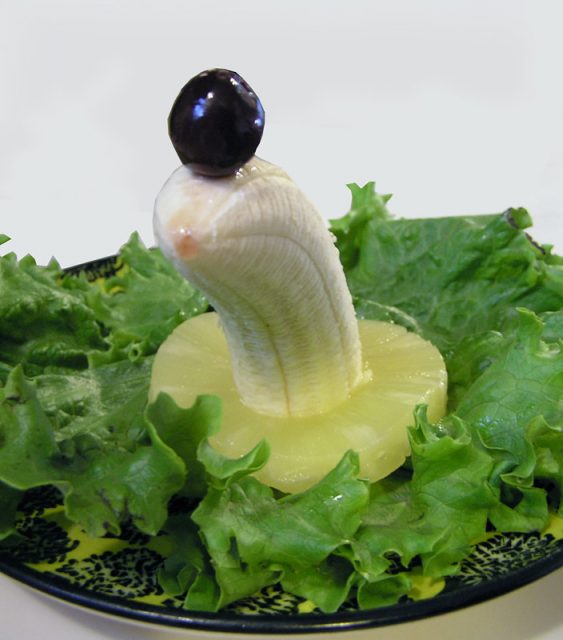 For many, it was a way of getting children to eat fruit, given its strange appearance. As the 1957 edition of Better Crocker’s Cook Book for Boys and Girls said, “It’s better than a real candle because you can eat it.” It also gave youngsters a way of getting involved in the kitchen, as it was relatively easy to make.

So how did one construct a candle salad? Well, first, they had to arrange the lettuce on a plate or decorative napkins. Once they were happy with their design, they stacked pineapple rings and a peeled banana atop the greenery. Finally, they garnished the tip of the banana with a cherry, which was stuck to the creation with their choice of condiment. 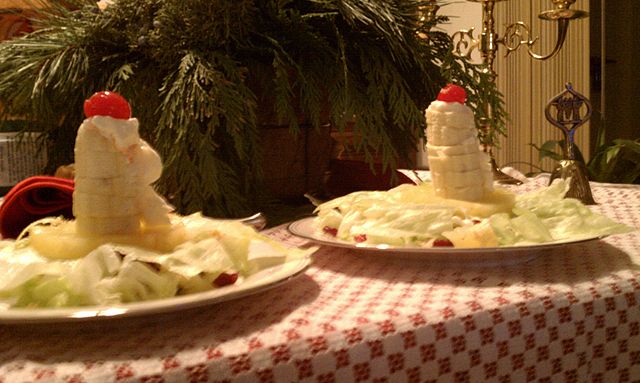 More from us: What Happens When TikTok Meets Vintage Recipes? It’s Not To Everyone’s Taste

Candle salad largely faded from the holiday scene after the 1960s, but in recent years has been popping up on the internet, largely due to its rather… Umm… Phallic appearance. Where families during the mid-20th century saw a delicious treat, these days our dirty minds immediately see something else.

Can you blame us, though?

« Before Harry Potter There Was… Kevin McCallister? How ‘Home Alone’ Influenced The Wizarding World
Betty White’s 100th Birthday Would Have Been Celebrated With This One-Of-A-Kind Movie Event »