Mac and cheese is one of the easiest – and most delicious – meals to make. Like most things, there is a surprising history associated with this comfort food. In fact, mac and cheese was first brought to the United States by Thomas Jefferson’s slave, Chef James Hemings. Unbelievably, Jefferson initially took credit for Chef Hemings’ delicious dish.

Chef James Hemings was the first American classically trained in French cuisine. He is the founder of Mac and Cheese, but his owner, Thomas Jefferson, took the credit for it. Yes, that Jefferson. pic.twitter.com/Rt9nebCALW

James Hemings was born into slavery in 1765. In 1784, he went to Paris with Thomas Jefferson to learn French cuisine. After completing his studies and apprenticeship, Hemings became Jefferson’s chef de cuisine at Jefferson’s Paris home. Interestingly, Hemings was legally free in France but returned to Virginia (and slavery) with Jefferson after negotiating terms and special privileges.

Thomas Jefferson first “discovered” the mac and cheese recipe when he visited Europe in the 1780s. Jefferson was adamant that the dish be brought back to America and even shipped a macaroni extruder to his home in Virginia. Once back in America, Thomas Jefferson often had the dish served at dinner parties he hosted, garnering favorable reviews from his guests.

Of course, it was obviously not Thomas Jefferson himself making the macaroni dish served at his dinner parties. Similarly, Jefferson in no way was responsible for inventing the mac and cheese recipe. Versions of macaroni and cheese had been in Europe dating back to the 14th and 15th centuries. 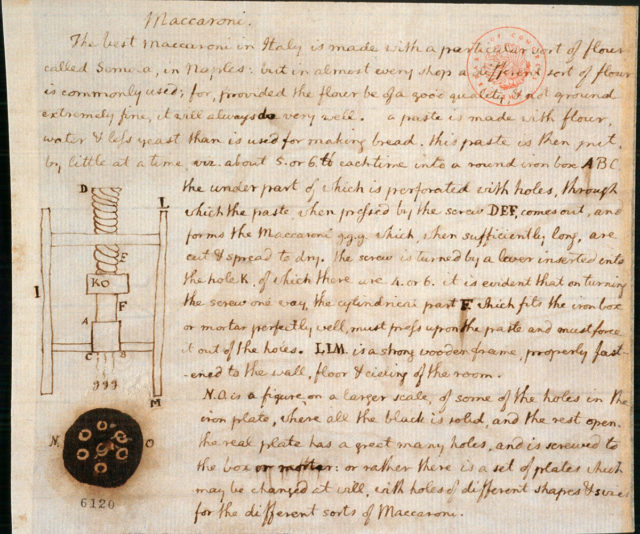 On the other hand, Chef James Hemings perfected the mac and cheese recipe. The delicious dish that was served at Jefferson’s dinner parties was prepared by his slaves – including James Hemings. One should not forget that when preparing dishes, slaves often added their own culinary influences to the dishes they were preparing.

When Hemings returned from Paris to Jefferson’s Monticello Estate, he brought revolutionary changes to traditional, colonial cooking – including changes to the European style mac and cheese. Although James Hemings was trained to follow written recipes, he also added his own touch to the food he created.

In 1796, James Hemings became a free man after training his brother, Peter, to be his replacement chef for Thomas Jefferson. In 1802, Peter Hemings served a dish named “pie called macaroni” at a state party hosted by Jefferson. In February 1801, Jefferson unsuccessfully attempted to recruit James Hemings to come work as his chef de cuisine at the White House. Tragically, James Hemings died in 1801. 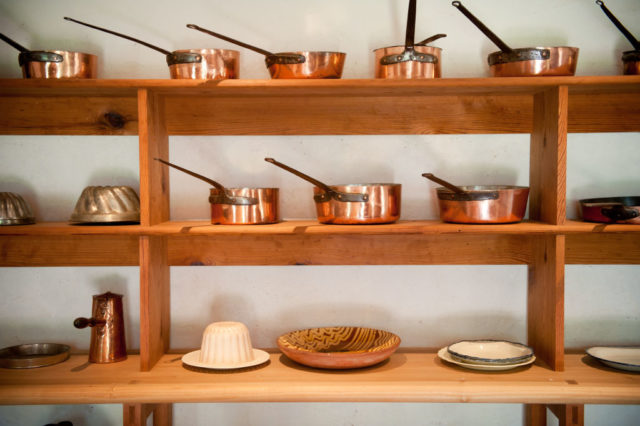 Macaroni and cheese became very popular with wealthy Americans. Throughout the nineteenth century, it started appearing in cookbooks and became more common in America and throughout the entire world. Initially, mac and cheese was an expensive dish reserved for the rich but eventually, thanks to the industrial revolution, it became more affordable.

More from us: Candy Bar Protest: When Canadian Children Fought Against the Price of Chocolate

It is important to give credit where credit is due. When it comes to the history of macaroni and cheese, the only thing Thomas Jefferson was responsible for was liking the meal, and maybe playing a role in introducing it to other individuals. The recipe was perfected by James Hemings and is important from a culinary perspective and as a part of Black culture today.

« Cold As Rice: How Meals Turned Deadly in 19th Century Japan
The Bill Murray and Dan Aykroyd Moon Movie That Was Lost In Space By MGM »