My So-Called Life was an American drama show that ran for only 19 episodes from 1994 to 1995. Despite its short duration, the show featured many names who would go on to be famous. Claire Danes played the main character, Angela Chase, but Jared Leto and Wilson Cruz were there in supporting roles.

However, one actress gave up her career in Hollywood to become an English countess. From rebel to riches, this is the story of A. J. Langer.

Allison Joy Langer played Rayanne Graff in My So-Called Life, best friend of Angela Chase. The series followed the trials and tribulations of a group of teenagers as they tried to navigate life, school, and some serious personal issues.

In its article ’25 Best Cult TV Shows from the Past 25 Years,’ Entertainment Weekly described My So-Called Life as: “the first teen drama that didn’t feel like an after-school special. No one ever learned a very important lesson or uttered the phrase ‘I love you, Dad.’ Angela acted like a real 15-year-old, with all the crying jags and Buffalo Tom concerts that implies.” 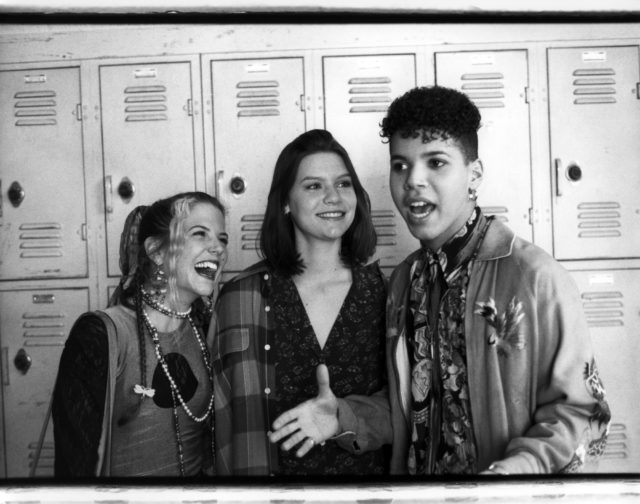 The cast in a scene from ‘My So-Called Life’ (Photo Credit: ABC/MovieStillsDB)

Born in Columbus, Ohio, Langer’s family moved to San Fernando Valley when she was five years old. Her role as Rayanne Graff wasn’t her first acting job since she’d had recurring roles on shows like The Wonder Years, Blossom, and Baywatch already.

After My So-Called Life ended, Langer had minor or supporting roles in films that included Escape from LA (1996) and also starred in shows like Diagnosis: Murder, Seinfeld, and Poltergeist: The Legacy. 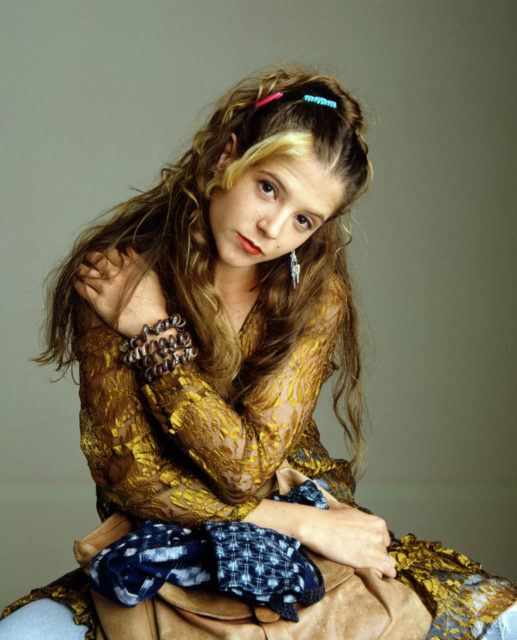 After a six-year hiatus in her acting career, she starred in 14 episodes of season 5 of Private Practice in 2011 as Erica Warner but left the following year when her character was killed off. But while her acting career was only moderately successful, her private life was pretty sensational because, in 2004, she became Lady Courtenay.

Although Charles Courtenay worked as an attorney, in a video interview for People.com Langer spoke about how she caught sight of “this cute rugby player” across a bar in Vegas.

They exchanged letters then met in New York for a second date. After that, they went to Scotland for a mini-break. Driving back from that holiday, Charles asked if she wanted to swing by his parents’ house, and she said yes. It turned out that his childhood home was Powderham Castle, a fortified manor house surrounded by 3,500 acres of land, home to around 500 fallow deer. His father was Lord Hugh Courtenay, 18th Earl of Devon. 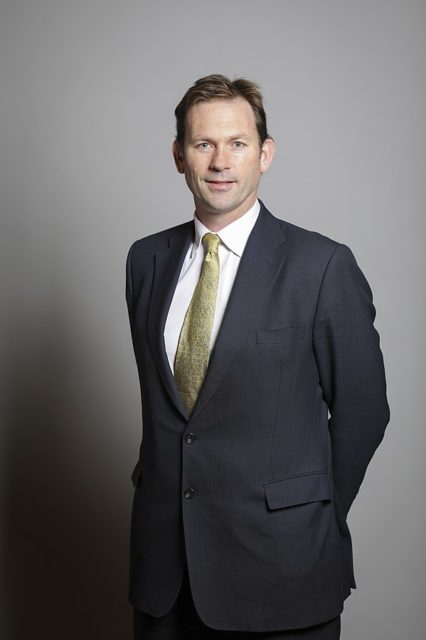 Marriage and a move

Langer described her role as Lady Courtenay and then Countess Courtenay as “Welcome to the patriarchy.” Going into a little more detail, she describes: “People only asking me questions about the kids and the house, me talking to a bank manager and him responding to my husband. We did walk into a culture that had been very Downton Abbey.”

Charles and Langer got married in a civil ceremony in 2004 which was followed by a formal wedding in Los Angeles on April 30, 2005. In January 2014, they relocated their family (which now included two children) to London. In May 2015, just before Charles’s father Hugh passed away in August, the family moved into Powderham Castle, and that’s where they’ve stayed ever since. Charles now holds the title of 19th Earl of Devon. 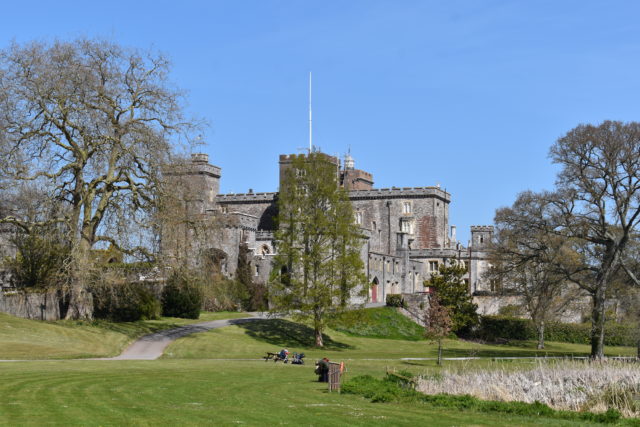 The life of a countess and meeting Mary Berry

When not dealing with the events side of the castle, such as organizing weddings, yoga classes, and dance sessions, Langer is involved in her kids’ PTA, teaches her children to surf, and volunteers her time to raise awareness of fibromyalgia, a disease from which she suffers. 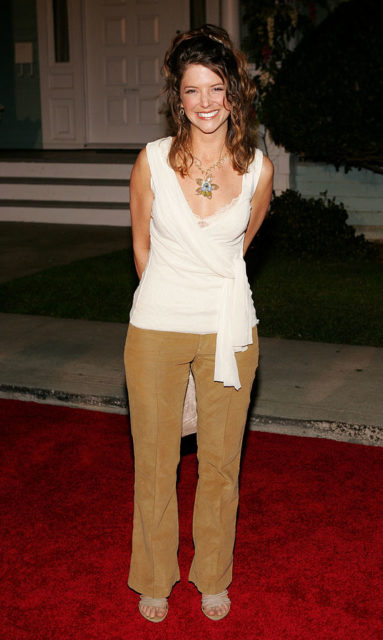 Another role she took on was welcoming TV chef and presenter Mary Berry to the castle in 2017, where the national treasure fronted an hour-long episode for her series Mary Berry’s Country House Secrets.

For 300 years, duck has been on the menu at Powderham due to the presence of many wildfowl on the property. So, during her visit, Mary Berry cooked pan-fried duck with apple and Calvados to recognize the Courtenays’ French heritage. The recipe is available on YouTube, where you can see what Langer thought of Mary’s cooking.

During her time there, Mary Berry also created a traditional Devon cream tea, curried cockles, and a peach posset. You can see a preview of this episode here.

In one interview, Langer talked about the possibility of a cast reunion of My So-Called Life. Adding how she recently spoke to Wilson Cruz, who played gay teen Rickie Vasquez in the TV series, Langer commented: ”I’d love to do the first countryside Pride here.” 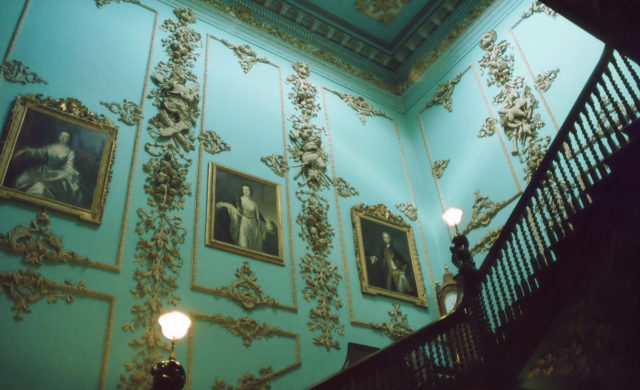 Interior view of a staircase in the castle (Photo Credit: Manfred Heyde – Own work, CC BY-SA 3.0)

That would have been unlikely while her father-in-law was in charge given that the castle lost its license to hold weddings at the venue because Hugh objected to a gay couple holding a civil ceremony there. As reported by the BBC in 2008, Bernard Horrocks and Glenn Sontag were denied an application to get married in the castle on the grounds that the marriage clashed with Hugh’s religious beliefs. The Lord was informed that his decision amounted to discrimination.

In response, Hugh told a national newspaper: “In order to stay on the right side of the law we have decided to do away with hosting civil ceremonies altogether at Powderham Castle.”

Uncovering the gay history and the women of the castle

Luckily, since the family home has passed to Charles, it is now open again to weddings of all varieties. In fact, he and Langer are trying to bring to light the story of William ‘Kitty” Courtenay, who was penalized in the late 1700s for having a homosexual affair with an art collector. 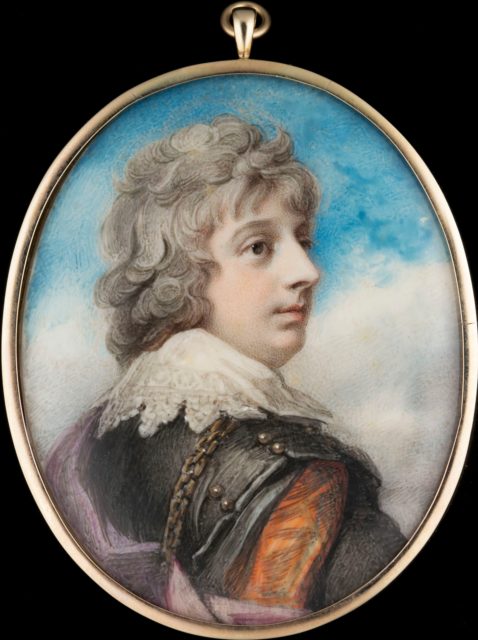 Speaking to The Express in 2021, Langer said: “We’ve had the gift of uncovering Powderham’s gay history because it hasn’t really come naturally to anybody before we came into it, because our lives and culture have taught us different things.”

Langer also comments that “we’re learning more about the women – this is a male history but things are changing and we have all these amazing stories in the archives that nobody’s looked at yet.”

So, with such a progressive count and countess in residence at the castle, we might yet see that My So-Called Life reunion after all.