Think You Know Your ’80s Movies? From ‘E.T.’ to ‘Beetlejuice,’ Check Out These Classic Film Facts

Is there anything quite as cool as a cult movie from the 1980s? It was an era that defined many a movie fan. And while some of these classics may seem familiar, there’s much about them that’s likely surprising.

Think you know your eighties favorites? Here are some facts that might change the game. 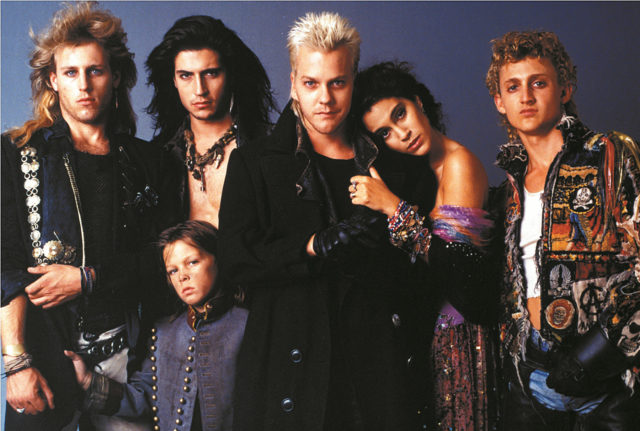 There was also a ditched, Shining-style ending featuring a historical throwback. Originally, the script went out with a mural – IMDB notes it was “made in the early 1900s, with Max in it – looking exactly the same as he did today.”

Max was the big bad, played by the late Edward Herrmann. His surname was appropriate, as he’d taken the role of Herman Munster in a 1995 TV movie. The Lost Boys contains a couple of Munsters references, notably a comment about little Eddie that turned the air blue. 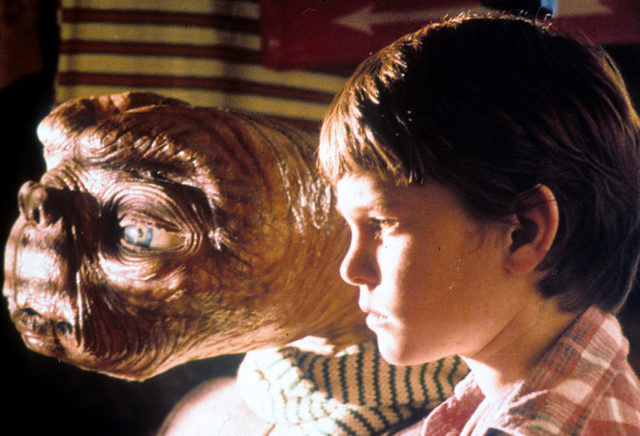 ET with Henry Thomas in a scene from the film ‘E.T. The Extra-Terrestrial’, 1982. (Photo Credit: Universal/Getty Images)

Henry Thomas is known for appearing in Mike Flanagan’s horror movies and beyond. But his most famous role has to be young Elliott in Spielberg’s powerful alien encounter tear-jerker.

Thomas’s improvised audition is available to view online. In it, he famously turned on the tears and impressed Spielberg. This naturalistic quality was then preserved by shooting the movie chronologically, i.e. in order, like a play. Typically a film is made out of sequence for logistical reasons.

Maybe you know this. Okay, did you know that Thomas replaced another child actor? Marci Liroff, the movie’s casting director, mentioned that the boy they had their eye on lost everyone’s favor over a period of “about three minutes.”

How come? He appeared to have taken losing a game of Dungeons and Dragons less than gracefully. The kid reportedly “became very bossy” during a getting to know you session with his co-stars, as Liroff revealed to the Oscars website. 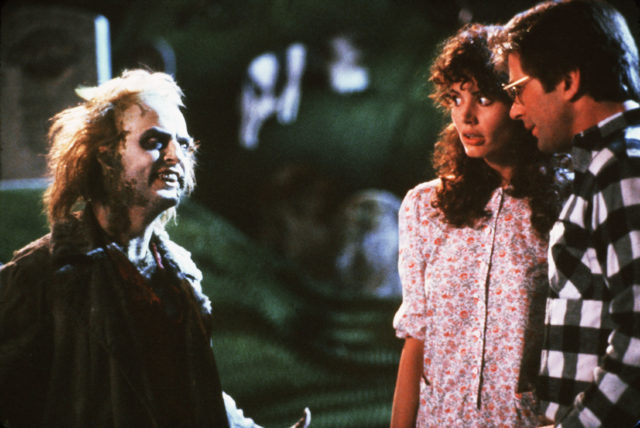 Michael Keaton made the part of Beetlejuice his own – he and director Tim Burton famously reworked the screenplay for their supernatural smash. Burton, however, had some different ideas about casting at the start.

Veteran actor and entertainer Sammy Davis, Jr. was wanted for the title role, Burton being a long-term fan. The studio wasn’t so keen. Among the more eye-opening talents considered was comedian/force of nature Sam Kinison. Screen Rant writes that Kinison never heard about the proposal. 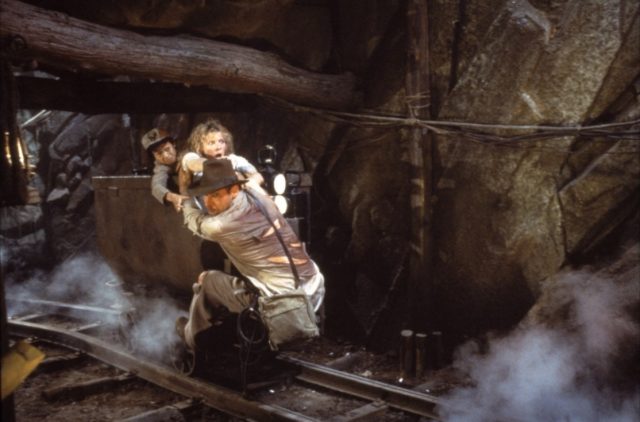 A scene from ‘Indiana Jones and the Temple of Doom’ (Photo Credit: Paramount Pictures)

As any watcher of Dr. Jones knows, he’s a man who likes variety. Raiders of the Lost Ark and The Temple of Doom, starring Harrison Ford and directed by Steven Spielberg, are pretty different movies. Yet they’re connected in an interesting way.

The second film used ideas that were abandoned in the first. When Indy and co. jump out of a plane using a life raft to cushion their fall, that was supposed to be in Raiders. Same for the famous mine cart chase.

And if you knew that, did you know where Temple of Doom’s opening number came from? The Cole Porter staple “Anything Goes,” performed by Kate Capshaw, was originally intended for Radioland Murders. Never heard of it? It was a period comedy developed by the Indy team. Eventually released in 1994, it bombed at the box office. 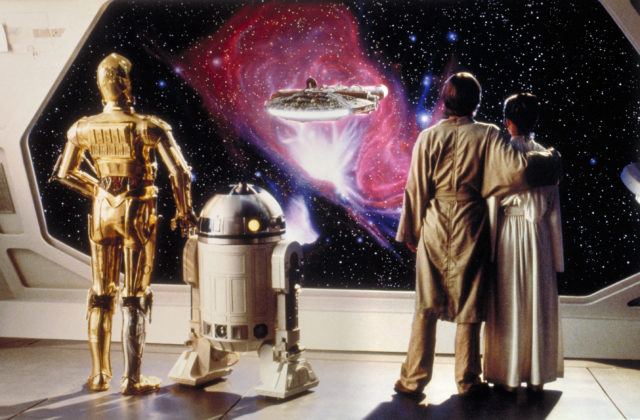 Did you know that Monty Python had an influence on Episode V of the classic trilogy? Carrie Fisher and Harrison Ford got through a particular day on the shoot for Empire Strikes Back on zero sleep. How did they do it? Through a powerful beverage supplied to them by none other than Eric Idle.

As recalled to Newsweek, and mentioned by Mental Floss, Fisher branded the brew “Tunisian table cleaner.” She called it this because that’s where Idle obtained it. He’d recently completed filming Life of Brian over there. Coincidentally, Star Wars had previously shot in Tunisia also.

When their paths crossed at a gathering turned all-night party, Leia and Han found themselves blotto yet strangely motivated: Idle referred to it as “this drink that he said they gave the extras so they’d work longer.” The idea was proved when the actors knocked it out the park during the Cloud City scenes. 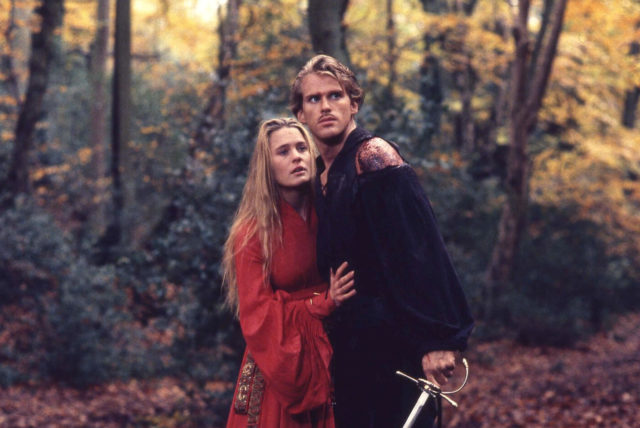 Rob Reiner’s swashbuckling fantasy adventure – based on the novel by William Goldman – is fondly remembered by audiences and the people who made it. Star Cary Elwes (Westley) has talked about the experience, which was more hands-on than people probably realize.

Seems this was a stunt-laden movie without a whole lot of stunt doubling. Reiner figured audiences could tell if the actors weren’t there. “Rob wanted to see our faces a lot so that was not much of a choice,” Elwes told ABC News.

Ironically, the actor suffered a serious injury during downtime. Elwes broke his big toe riding an all-terrain vehicle owned by co-star André the Giant (Fezzik). He then managed to get himself knocked unconscious for real in a scene where it was supposed to be pretend.

What happened? Christopher Guest played Count Rugen and needed to bop Westley with his sword. Listverse describes how Elwes “convinced Guest to really go for it, but he accidentally hit him too hard.” He then “woke up in the hospital, still in costume, getting stitches”… from the same doctor who’d seen him about his digit! 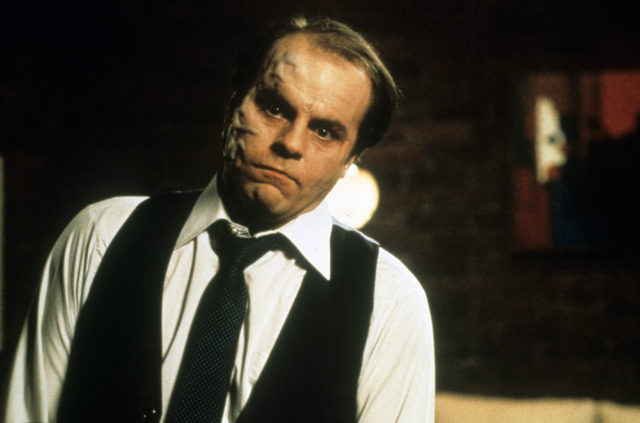 David Cronenberg’s eerie and visceral horror still gets talked about years later. One reason is the astonishing sequence in which a man’s head explodes, during a psychic attack from one of the gifted characters of the title.

What you may not know is how dramatic that effect was to shoot. And when we say “shoot,” we mean it. Quoting make-up artist Stephan Dupuis, Far Out Magazine writes that “bits of ‘leftover burgers’” formed part of the hellish mix. It looked right but how was the team going to make the scene fly, so to speak?

Special effects supervisor Gary Zeller reportedly “told the crew to find cover and shot the dummy in the back of the head with a shotgun.” Simple and effective, if highly dangerous. The result passed into cinematic history.

« Dolly Parton Will Remain A Rock & Roll Hall Of Fame Nominee After Trying To ‘Respectfully Decline’
The Original Telling of Cinderella is a Lot, Lot Darker Than Disney Led Us To Believe »