9 Child Actors Who Quit Hollywood (And What They Did Afterward)

It’s tough being a child actor, having to balance the demands of family and schooling with the grueling timetable of a Hollywood movie. Some child stars found that acting was not for them or was put off by expectations of the industry.

Here are ten child actors and what they’re doing now.

After playing Newt/Rebecca in Aliens (1986) – a performance which earned her a Saturn Award for Best Performance by a Younger Actor – Henn decided she’d become a teacher instead. Sometimes her students bring in copies of the Aliens DVD for her to sign.

Although she doesn’t act, Henn makes regular appearances at cons and in documentaries, talking about her experience on Aliens. But when speaking to Wired at Comic-Con International in 2016, she talked about filming a scene where she gets snatched out of the water by an alien:

“The first assistant director had actually had someone stay there overnight, to make sure the water stayed warm. But it was actually too warm for me, so I would sit up on bars on the side, and the alien and I would stay up there, kicking our feet in the water.” 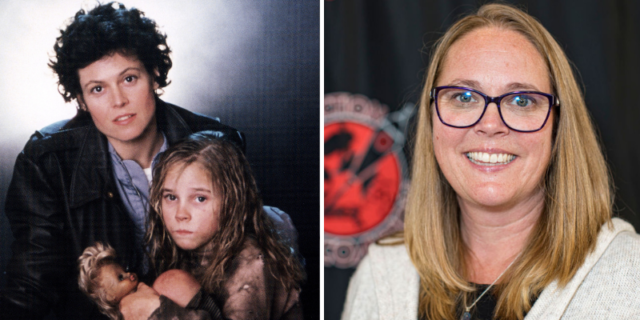 Perhaps one of the best-known child stars in Hollywood history, Temple started acting at the age of three and had appeared in 43 films by the time she reached 12 years old.

She retired at 22 years old and went into politics instead. Although she failed to get into Congress in 1967, she was appointed to the UN. Between 1974-1976, she was the US ambassador to Ghana, and President Reagan appointed her ambassador to Czechoslovakia from 1989 to 1992. 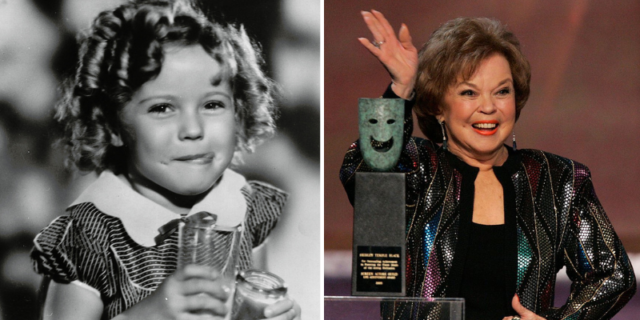 Before she was cast as Lex Murphy in Jurassic Park (1993), Richards had parts in various movies, TV shows, and telefilms. Although she had a cameo in Jurassic Park: Lost World (1997) and appeared in Tremors 3: Back to Perfection in 2001, Richards decided that art was where her heart truly lay. Her passion has led her to run her own gallery and art business.

According to her bio on IMDb (as written by her website, Gallery Ariana): “During breaks from shooting, Ariana painted in watercolor a self-portrait of herself, and co-star Joseph Mazzello, alongside a Brachiosaurus. She presented the work to Spielberg who had the work framed and placed in his home.” 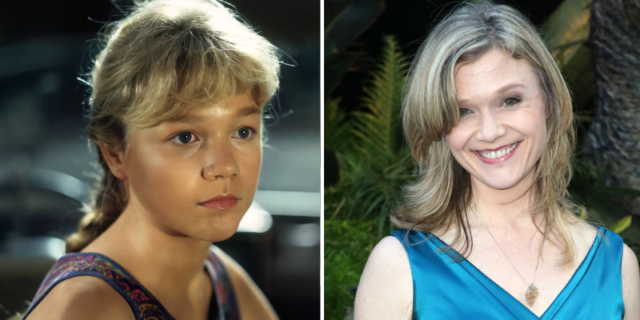 While Stanley Kubrick is notorious for the appalling way he treated Shelly Duvall while filming The Shining (1980), he was allegedly very protective of six-year-old Danny Lloyd, who didn’t realize he was in a horror film until several years later.

After retiring from acting at only nine years old, Lloyd is now a biology professor at a community college in Kentucky. Unlike Carrie Henn, he tries to keep his acting credentials from his students who would whisper “Redrum” during class. Speaking to The Guardian in 2017, he said: “It was disruptive in class, so that when I began to really play it down… As a teacher, you’re supposed to be in control.”

However, he did briefly return to the screen for a cameo in Doctor Sleep (2019), the long-awaited sequel to The Shining. Those with sharp eyes can spot him as a spectator at a baseball game. 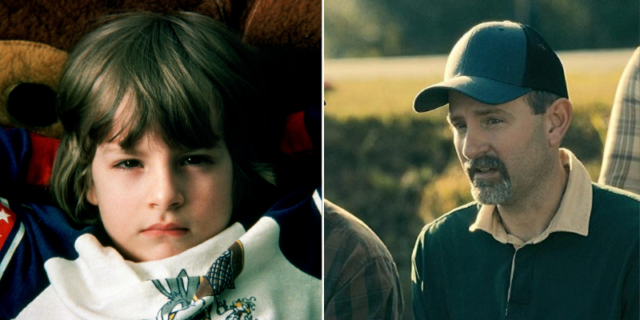 Known for her roles in Matilda (1996), Miracle on 34th Street (1994), and Mrs. Doubtfire (1993), Mara Wilson looked like she was a rising star in Hollywood. However, she retired from acting at 13 years old and is now an author and journalist.

Her writing has appeared on Elle.com, The New York Times, and VanityFair.com, as well as numerous other places. She also published a memoir called Where Am I Now?: True Stories of Girlhood and Accidental Fame.

Speaking to NPR in 2016, she described a terrible experience she had filming Thomas and the Magic Railroad (2000), when the director came to talk to her about the changes her body was going through due to puberty: “I was horrified, I felt embarrassed, I felt like I had done something wrong even though I hadn’t. They brought out these sports bras that were basically binders – they were meant to bind my chest. I felt completely humiliated.” 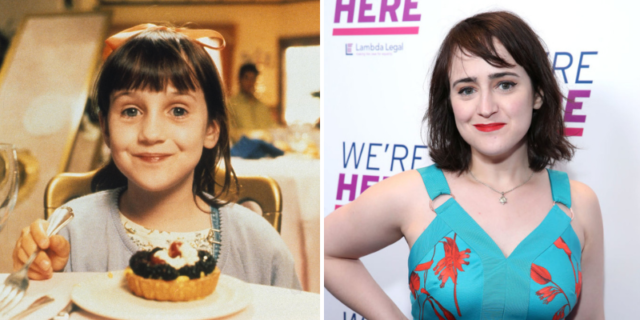 Another character to find their career affected by puberty was Jeff Cohen, who starred as Chunk in The Goonies (1985). Speaking to the Daily Mail in 2015, he said that he’d been turning up to audition as “the fat kid” and there would be the same familiar faces there. However, “when I hit puberty, it was a career ender for me. I was transforming from Chunk to hunk and I couldn’t get roles anymore.”

Although he was devastated because acting was his first love, he went on to become an entertainment lawyer and found that his background appealed to his clients.

“My clients get a kick out of the fact their lawyer is Chunk. They dig it. With my job, I’m dealing with legitimately famous people, so it’s just silly and fun. I’m usually only the fifth most famous person in the room at any one time.” 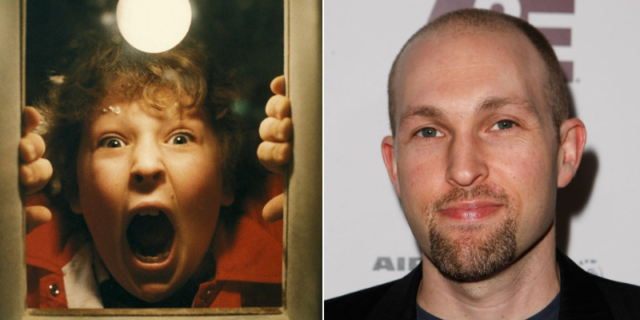 One of Jeff Cohen’s co-stars on The Goonies (1985) was Ke Huy Quan, who played Data and had also starred as Short Round in Indiana Jones and the Temple of Doom (1984). Although he didn’t have any further starring roles, Quan didn’t give up the industry entirely.

He studied martial arts while filming Temple of Doom, and after graduating from the University of Southern California School of Cinema Television, he became a stunt choreographer. He worked on X-Men (2000) and also with Jet Li on The One (2002). 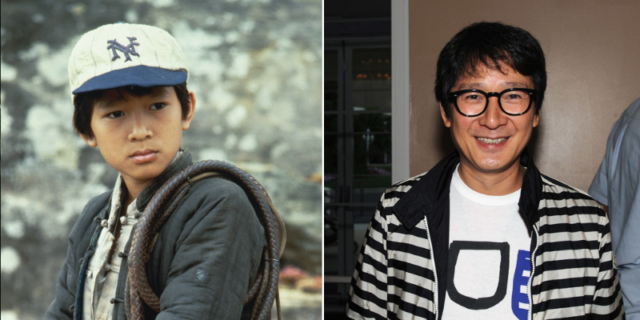 After having a brief role in Dick Tracy (1990), Charlie Korsmo was cast as Jack Banning in Hook (1991). However, he took a seven-year break before doing one more film, after which he gave up acting entirely to pursue an impressive law career.

These days, he is an Assistant Professor of Law at the Case Western Reserve University School of Law in Cleveland, specializing in corporate law, corporate finance, and torts. He has also worked at the Environmental Protection Agency and with the Missile Defense Team of the US Government.

Speaking about his decision to retire early from Hollywood, he said: “I missed having a regular childhood. I remember my agent told me that I would need to relocate to LA and I didn’t want to do that and I didn’t want to make my family do that, so I pretty much gave up acting for seven years or so. I did one more movie, Can’t Hardly Wait, which was fun, but didn’t change my mind that acting wasn’t my calling.” 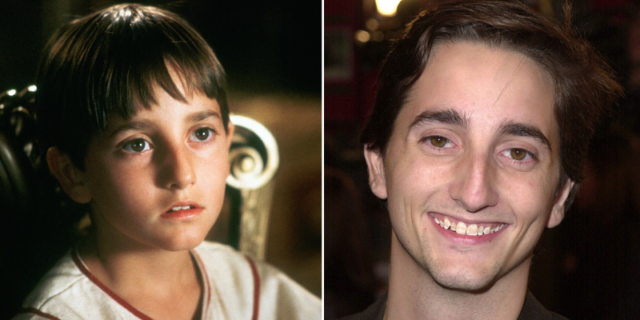 For his leading role as Charlie in Willy Wonka & the Chocolate Factory (1971), Ostrum had to live in Munich, Germany, for more than six months while filming. Although he was offered a three-movie deal afterward, he turned it down to pursue a veterinarian career instead.

More from us: Were The Little Rascals Cursed? The Grim Demise Of Eight Child Stars

Today, he works with farm animals, such as cows and horses, and goes into schools to talk about being both a vet and a child actor. Clarifying his decision to retire early, he said: “The entire experience was better than enjoyable. It was really interesting. But I had a chance to see what everyone’s job entailed, and I knew I didn’t want to do any of those things for a living. … When it was over, I was anxious to become just another kid again.” 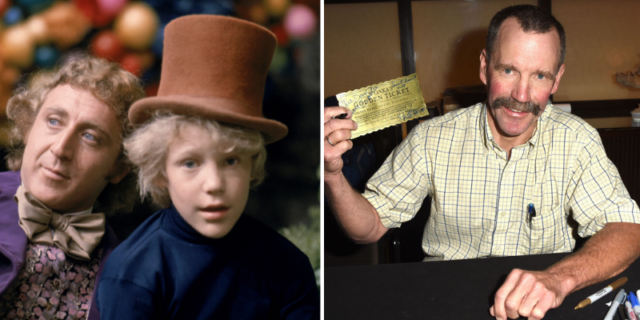