10 Bizarre Ancient Roman Laws and Customs That Were Considered Normal

The Roman Empire is seen as remarkably advanced for its time. With indoor heating and decent plumbing, they were the height of civilization at the time.

But they also had some really peculiar laws and customs as part of everyday life. Check out ten of them below.

It has always been the case that the more mourners a person has at a funeral, the more popular they are deemed to be. As such, Romans would hire professional mourners to weep at a family member’s funeral.

However, things soon got out of hand as actors were hired who would wail loudly and tear their clothes. It was decided that a law was needed to restrain the practice, and so women were banned from crying at funerals.

Why were only women banned? Because a man would bring disgrace on himself if caught weeping in public. 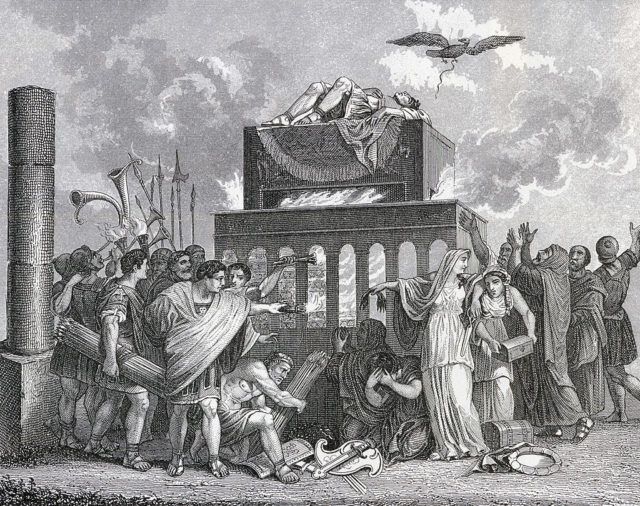 Everyone was equal in the bathhouse

While in everyday life slaves were denied many of the luxuries regularly enjoyed by their masters, the bathhouse was one exception. There, everyone from slave to emperor could strip down, run a strigil all over their body, and then relax in warm water or refresh themselves by diving into the freezing plunge pool. 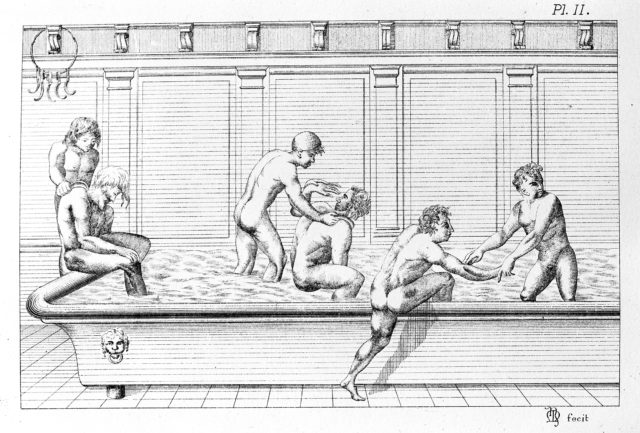 Going to the toilet could be a dangerous business

While going to the baths might be a pleasant experience, going to the toilet wasn’t. As well as public lavatories being nothing more than a bench with lots of holes, there was the real risk of a rat crawling up the open pipe and biting your behind. As such, better sewage systems had “rat blockers” installed.

Given that in place of lavatory paper Romans used sponges on sticks (communal ones, rinsed in saltwater and vinegar between users), it’s safe to say that relaxing in the bathhouse was necessary to erase the trauma of going to the toilet. 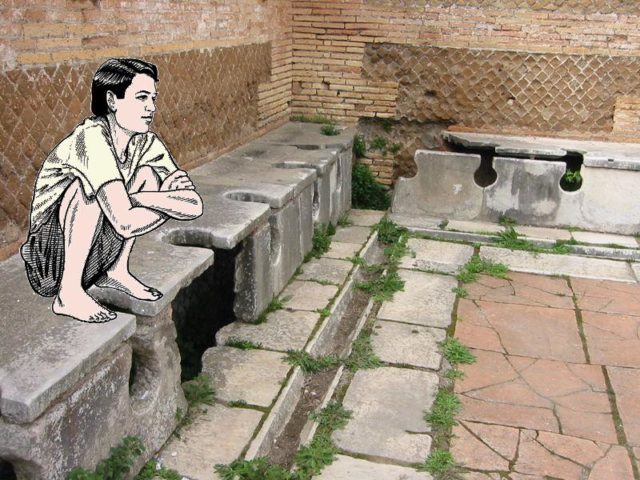 Urine was the best detergent

However, public toilets had one major benefit for Ancient Rome: urine.

There was no going to the forum to buy soap or washing powder – people in Ancient Rome washed their clothes in urine. The ammonia in the liquid helped get those togas sparkling.

Of course, that made washing an even nastier job than normal, so people would take their clothes to a fullonica (laundry) and workers called fullones would clean a household’s laundry. Didn’t stop people from cleaning their teeth with urine though… 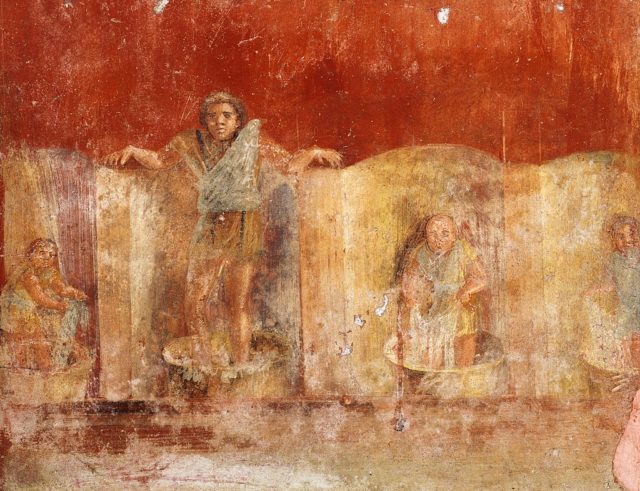 It was a crime for commoners to wear purple

Clothes were an indication of status, and colors could be used to exhibit your wealth. Purple dye was obtained from shellfish in a costly method, but when used on cloth, the colors were vibrant and wouldn’t fade in the sunlight. It cost a lot of money to dye fabric purple, so to begin with, only the rich could wear it. By the fourth century AD, it was a color only the emperor could wear. 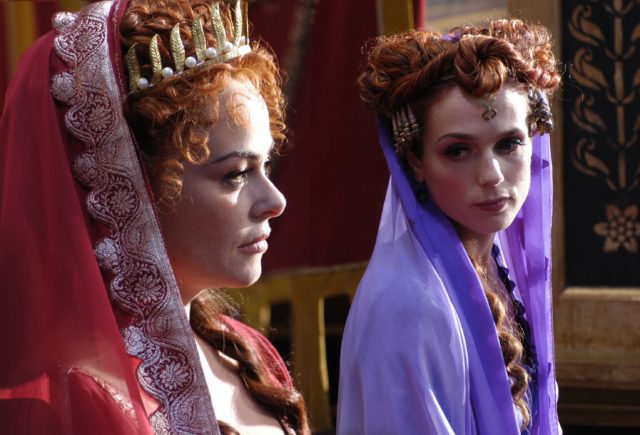 Their punishments were terrifyingly inventive

If someone had committed a particularly unpleasant crime, the punishment they faced could be equally unpleasant. Since Romans venerated father figures and the family, anyone who committed parricide (the killing of a parent or close family member) would face being put in a sack with various live animals and thrown into the water to drown. The idea was that the person was so heinous, they shouldn’t be allowed to touch or even die on good, honest Roman soil.

Some writings just say the guilty person was sewn into the sack with live snakes, while others state that a snake, a monkey, a dog, and a rooster were included. But all records agree it was a horrific punishment and a good deterrent. 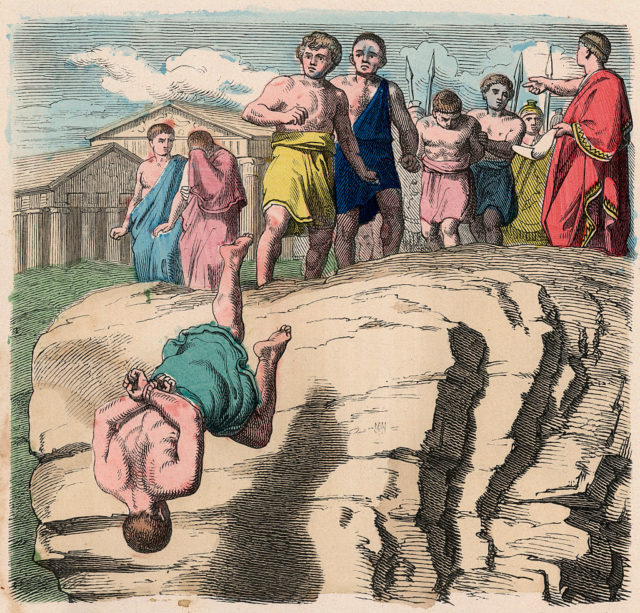 Read more about poena cullei, the punishment for parricide, here.

No burial if you’re killed by lightning

The gods were always present in daily Roman life. Since Jupiter carried thunderbolts, anyone killed by lightning was deemed to have been killed by the father of the gods himself. Thus, burying the body would be depriving Jupiter of his sacrifice.

If you did choose to bury someone who died this way, then you would be sacrificed to Jupiter in their place. 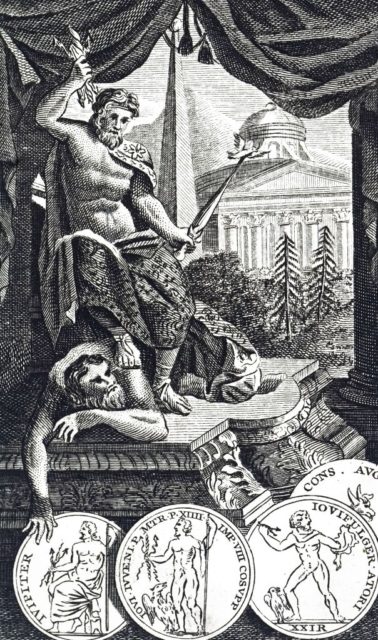 Engraving depicting Jupiter (or Jove) the supreme Roman God (Zeus of the Greeks), son of Saturn (Greek Cronus) who he is dethroning. Lord of heaven and bringer of light- in his right hand he is holding lightning. Dated 18th century. (Photo Credit: Universal History Archive/Universal Images Group via Getty Images)

You had to have an altar inside your house

While everyone worshipped and made sacrifices to the great gods like Jupiter, Neptune, and Pluto, every household had its own family and domestic gods.

Household deities included Vesta (goddess of the hearth), Lares, and Penates. The family would have statues of them on an altar and carry out various rituals to appease them. This could be as simple as throwing a bit of bread onto the fire during every meal. Failing to honor them would bring bad luck. 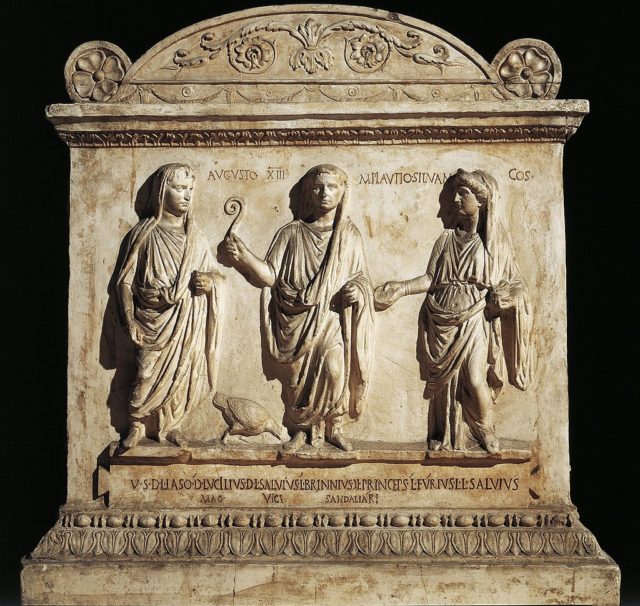 Roman civilization, 2nd century b.C. Altar dedicated to the Lares Augusti by the Vicomagistri of the Vicus Sandalarius. Copy from the Uffizi Gallery in Florence. (Photo Credit: DEA / A. DAGLI ORTI/De Agostini via Getty Images)

You could sell your children as slaves – but only three times

If a Roman father had more kids than he knew what to do with, he could enter into a contract with someone to take one or more of his children away as slaves. Unlike other slaves, the children would be returned after a set time.

However, if a father sold the same child three times, he was considered an unfit parent. Consequently, once the child’s term as a slave was over, they were emancipated from their parents. 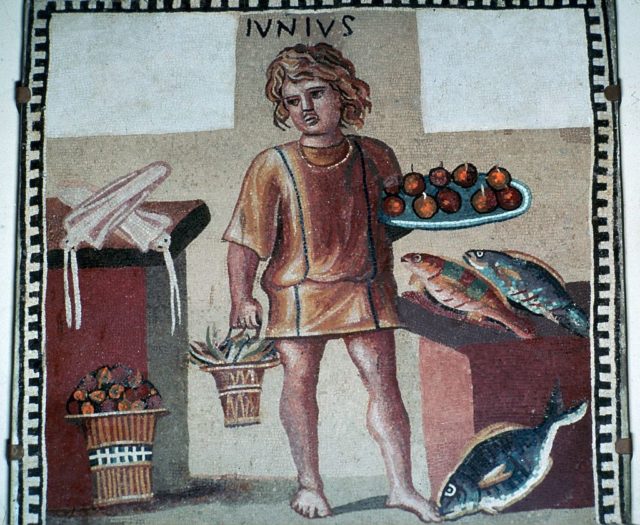 Roman mosaic from Pompeii, of a boy slave in a kitchen with fruit and fish. Now in the Hermitage Museum in St Petersburg, 1st century. (Photo Credit: CM Dixon/Print Collector/Getty Images)

A man in Rome could own anything – including his wife. A wife who didn’t leave her husband’s home for three days in a row once every year would automatically become her husband’s property under the usucpio rules. These rules deemed a man owned anything he had possessed long enough, so wives were in the habit of taking regular three-day holidays to make sure they remained their own person. 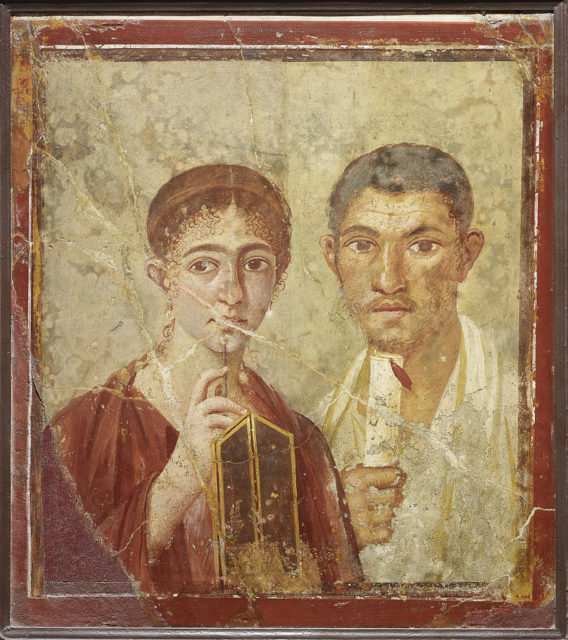 More from us: You Won’t Believe These Bizarre Laws Still Exist (Have You Broken Any of Them?)

The Colosseum was the most popular entertainment venue in the Roman Empire. People could watch gladiator matches or chariot racing. On occasion, the Colosseum would be flooded, and specially-made ships brought into the arena so that a naval battle could be re-enacted for the audience. 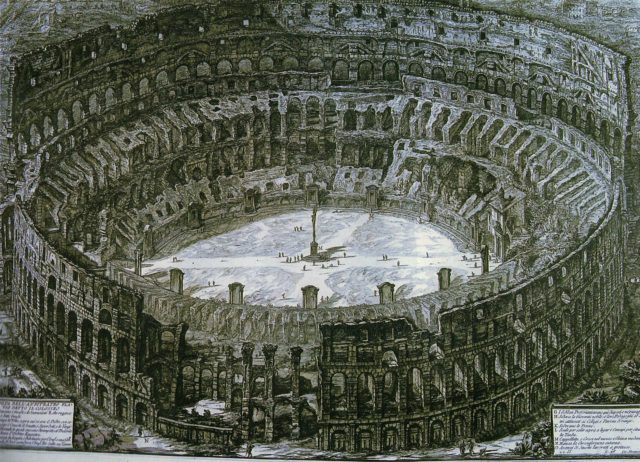