Native Americans have been on the North American continent much longer than European colonizers, and yet their history is often overlooked. Colonizers decimated the Native American way of life in the early 1600s, wiping away pieces of their unique cultures. Here we take a look at some rare photos that allow us to glimpse the distinctive lifestyles of different Native American groups.

A group of hunters 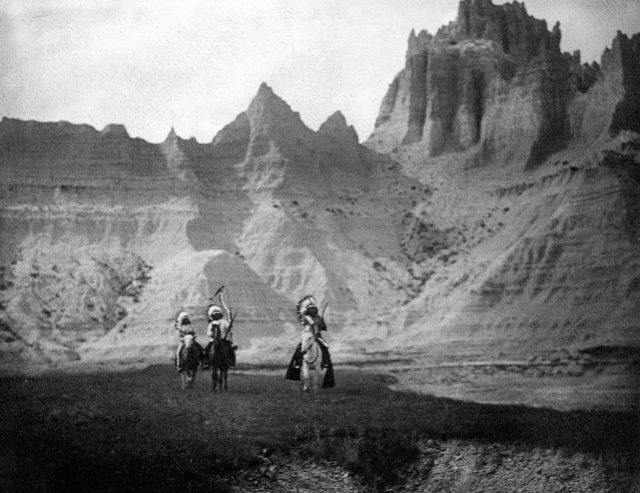 This photograph taken in 1905 depicts three Sioux hunters in South Dakota. The image was taken by Edward S. Curtis and given the title, “Sheep Mountain, Three Sioux mountain sheep hunters in the Bad Lands of South Dakota.”

Hanging out at home 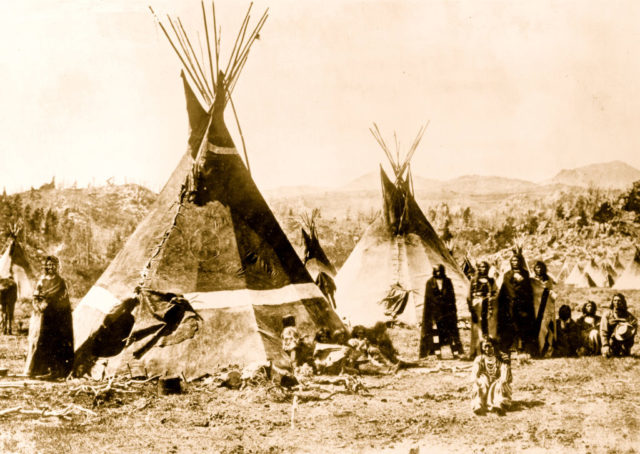 This photo depicts the Shoshoni (also spelled Shoshone) people in front of their teepees around the start of the twentieth century. The Shoshone once occupied the territory in what is now southeastern California, central and eastern Nevada, northwestern Utah, southern Idaho and western Wyoming. 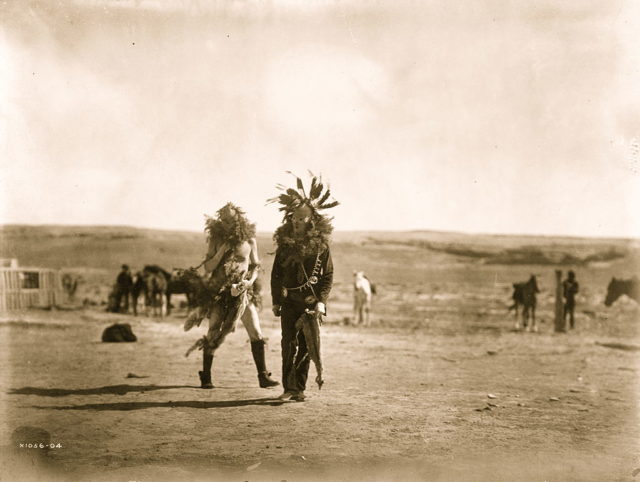 This photo taken in 1905 shows two Navajo men impersonating two Yeibichai deities: Toneneli (the Water God) and Haschelti (the Talking God). This photo was taken on day six of the Navajo Yeibichai Ceremony in 1905. The Yeibichai ceremony is a nine-day healing ceremony that takes place in the desert. 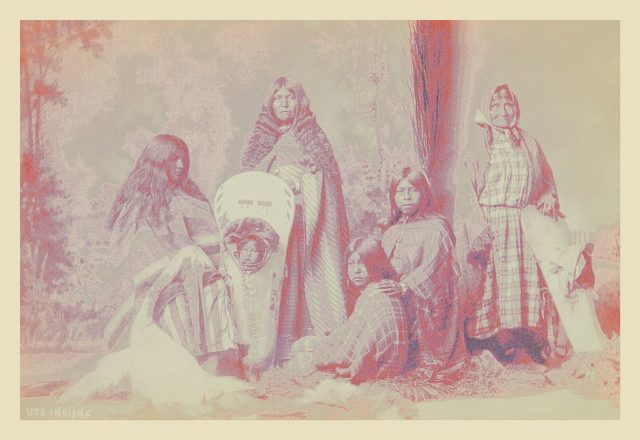 Here we see three generations of Ute women. There were historically 12 bands of Utes. Their communities would often come together for ceremonies and trading. European colonization greatly changed the lifestyle of the Ute people. They acquired horses and shifted their lifestyle to raid other surrounding tribes. 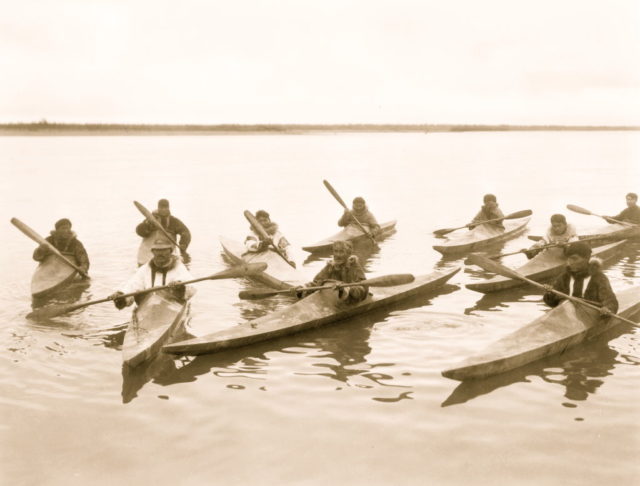 This photo was taken around 1929 and shows a group of Iñupiat men in their kayaks in Noatak, Alaska. The kayak was used by many Native American groups who settled in the Arctic, including the Inuit, the Iñupiat, and the Yupik people. 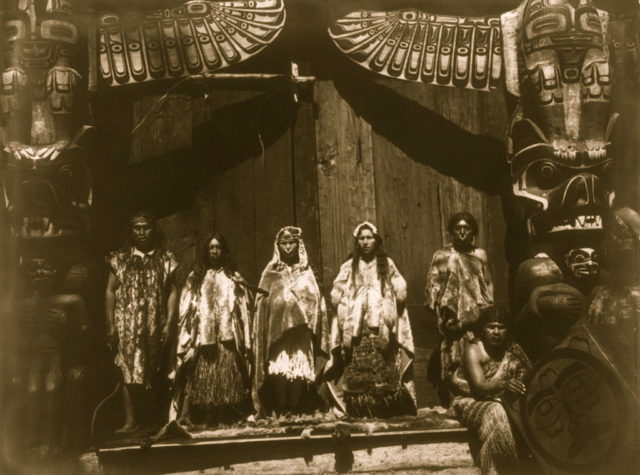 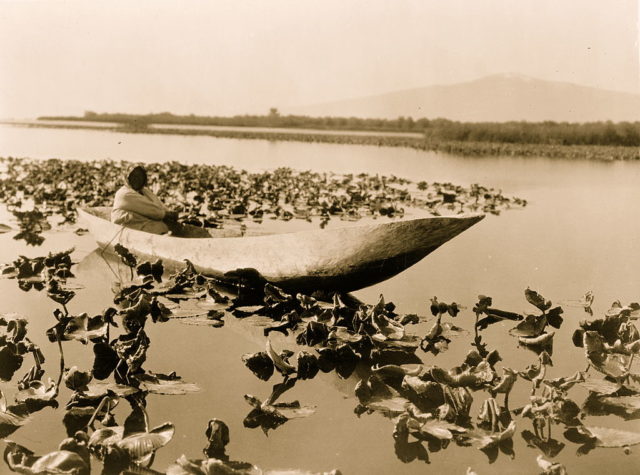 A Klamath woman sitting in a dugout canoe rests in a field of wokas in 1923. The Klamath Marsh section of the Klamath Basin in Oregon is full of wokas, also known as great yellow water lilies. Wokas were once a dietary staple of the Klamath people. Though the plant is still eaten today, it is now commonly prepared as a delicacy. 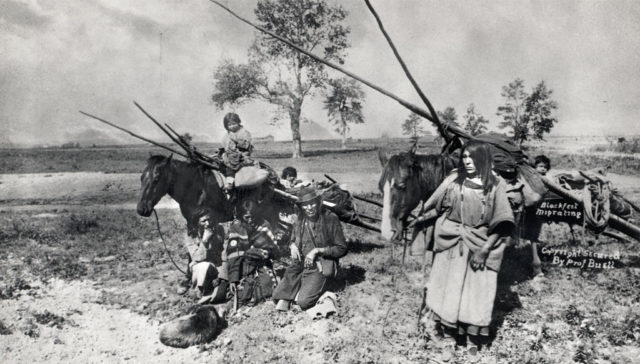 Here a Blackfoot family is photographed mid-move. The family is migrating to Eastern Canada in the early twentieth century. The smaller children and their belongings are being carried on on a travois. A travois was a common device used by Native Americans to carry goods. It typically consisted of two long, wooden poles, each attached to the side of a dog or horse with a wooden harness. The poles were crossed and secured with buffalo hide or sinew. Travois styles varied among different Native American groups. The Blackfoot tribe used both circular and rectangular platforms. 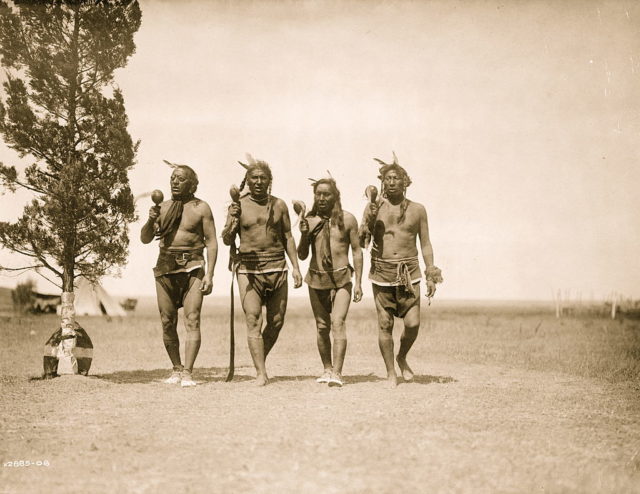 Here are four medicine men from the Arikara tribe during a 1908 ceremony. The religious ceremony was performed in hopes of bringing rain and food to their people. However, this photo was taken by photographer Edward S. Curtis, who allegedly arranged the performance and the ritual so he could snap photos. 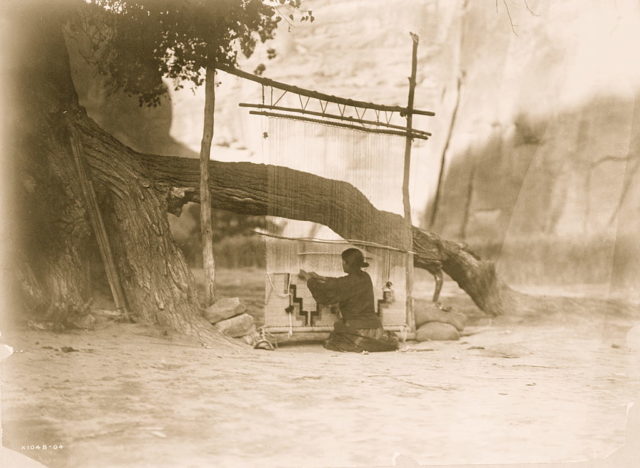 The Navajo people are world-renowned for their amazing blankets. Here we see a Navajo woman weaving a blanket under a cottonwood tree. The Navajo often traded these blankets with the Sioux people or gave them as gifts to honor certain individuals. There were three distinct styles of blankets – the first was a blanket woven with simple lines. The second style was a blanket with horizontal stripes and rectangular shapes added to the design. The third included horizontal stripes with triangular shapes in the middle and four corners. 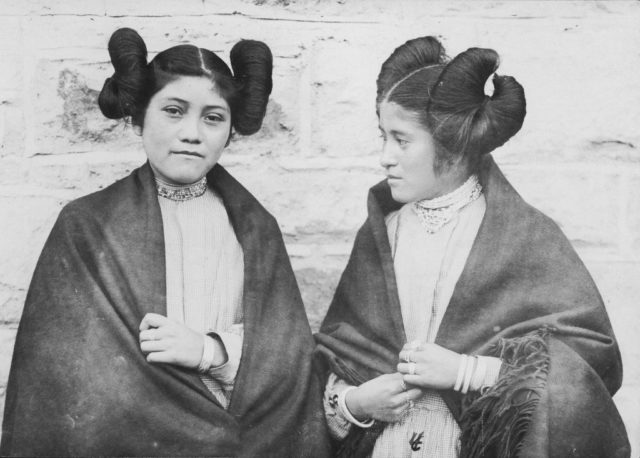 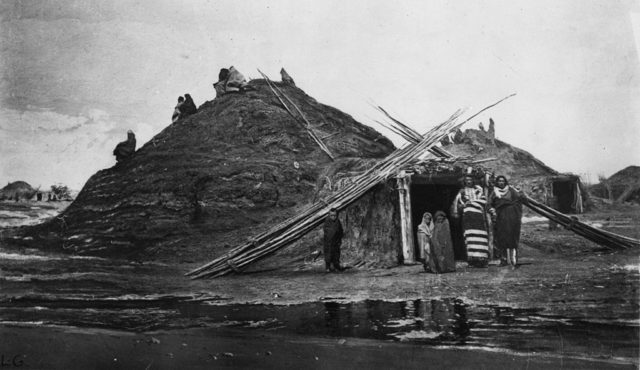 Here we see a Pawnee family of four posing outside their home at Loup, Nebraska. Most Pawnee people lived in settled villages of round earthen lodges, as pictured above. These earth lodges were made from wooden frames and covered with packed earth. When they traveled, Pawnees would shelter in teepees. 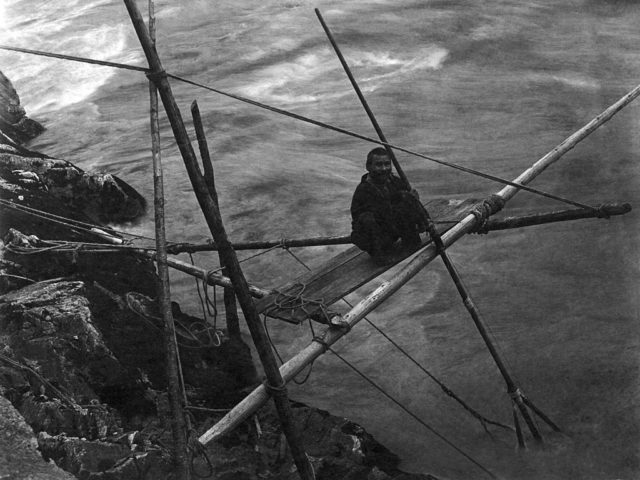 Here, a member of the Kamloops tribe is photographed fishing for salmon on the Fraser River in British Columbia. This was taken in the late nineteenth century. 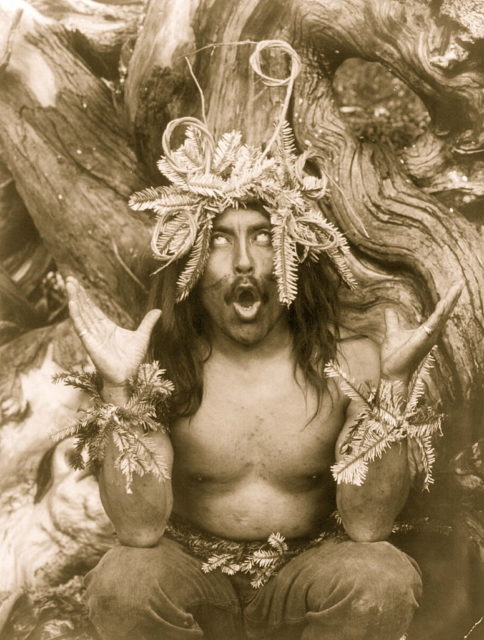 This expressive photograph taken in 1914 shows a Hamatsa shaman during an initiation ritual. This man was a member of the Koskimo tribe who lived on Vancouver Island in British Columbia. This particular shaman was seated on the ground and was possessed by a supernatural power after he spent several days in the woods for the initiation ritual. 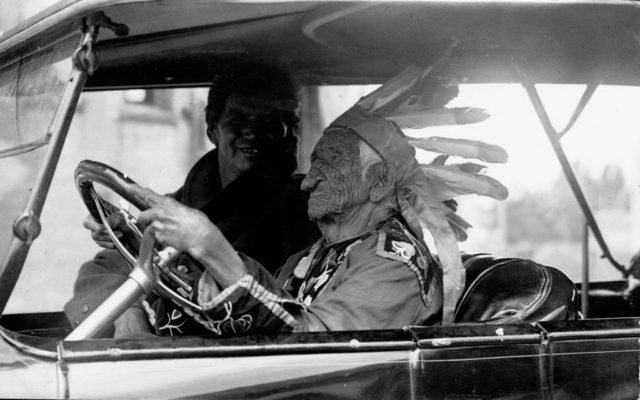 More from us: Supreme Court Rules Half of Oklahoma Belongs to Native Americans

Here we see Chippewa Native American, Chief Ka-Be-Nah-Gwey-Wence (also known as John Smith) driving a car in Cass Lake, Minnesota around 1920. At one point, many people believed John Smith lived to be 137 years old when he died in 1922. However, not much is actually known about his life and no one knows what his actual birth year was. His gravestone lists his birth year as 1784.