It’s a move sure to provoke more surprise than an item of underwear landing in someone’s drink. The popular male stripper saga The Full Monty will make a screen comeback, this time as a Disney+ series.

Capping off the big reveal is the news that the original movie cast is returning, headed by Robert Carlyle. Production was announced this week.

Released in 1997, the low-budget comedy was written by Simon Beaufoy and directed by Peter Cattaneo. Beaufoy is back – co-writing with Alice Nutter – but Cattaneo isn’t. As reported by Deadline, Catherine Morshead and Andrew Chaplin are helming the show. The eight-episode limited series is being produced by Uberto Pasolini, who was behind the movie.

The story followed a group of unemployed working-class men who throw their community a curveball by stripping for money. The teaser trailer showed them practicing their moves in the job queue. 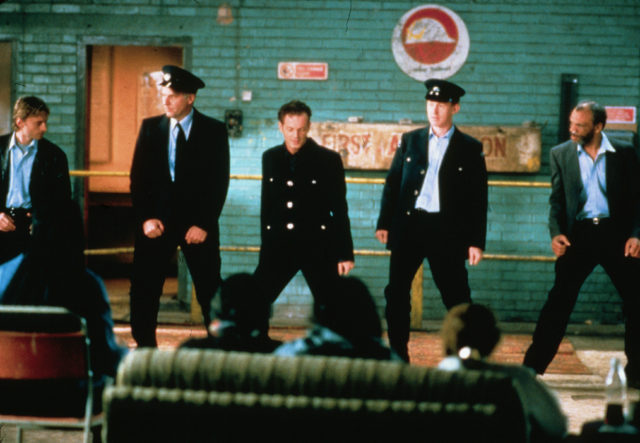 It famously ended with the actors doing the “Full Monty” of the title, completely exposing themselves onstage in front of a delighted crowd. Cattaneo settled for a cheeky shot from behind to close out the action. Despite its light-hearted tone, The Full Monty was also about crippling economic factors that made workers feel desperate and disenfranchised.

Set once again in Sheffield, England, the new Monty depicts the city’s “crumbling healthcare, education and employment sectors,” with the characters “exploring the brighter, sillier and more humane way forward where communal effort can still triumph over adversity.” Manchester has been mentioned as another location.

Little Island Productions, Searchlight Television and FX are reviving the jockstrap-tugging team a quarter of a century on. Simon Lewis produces. 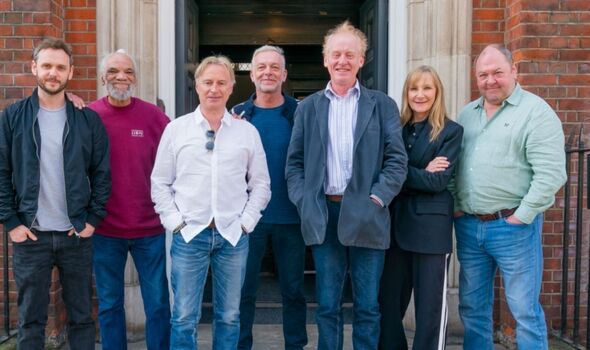 There will be a mix of old and new characters – a publicity shot shows stars Robert Carlyle, Mark Addy, Lesley Sharp and other familiar faces. Not pictured is Tom Wilkinson, who’ll also return.

Carlyle was already a well-known actor when The Full Monty was shot, but the world-grabbing end product gave his profile a boost. He went on to play a Bond villain in The World Is Not Enough (1999), opposite Pierce Brosnan. Wilkinson appeared in a range of big-screen roles himself, even taking on Jackie Chan in the original Rush Hour (1998).

Hugo Speer, Steve Huison and veteran actor Paul Barber all grabbed attention. They too have signed on for the update. 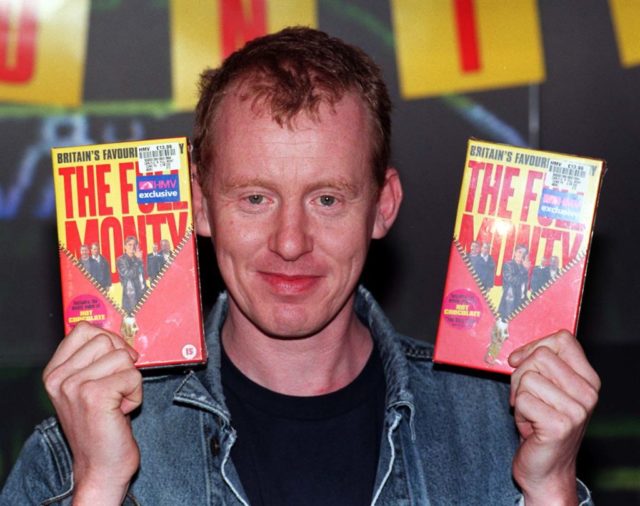 Originally a Channel 4 Films production, it was inherited by Fox Searchlight and became an unlikely box office smash. It was then Oscar nominated in several categories, winning for Best Comedy Score. BAFTA awarded it Best Film.

The movie made a reported $258 million from a budget of $3.5 million. For a while, it took the title of the biggest grossing film in the UK. Cast members certainly felt the English cold for what was apparently a demanding shoot. Will the aging stars be disrobing this time round? It wouldn’t be “the full monty” otherwise, right?

The men, the myth… the franchise

A firm favorite on TV, The Full Monty was adapted into a musical and stage play in 2000 and 2013, respectively. It gave rise to a series of comedies about ordinary people taking part in a surprise activity. 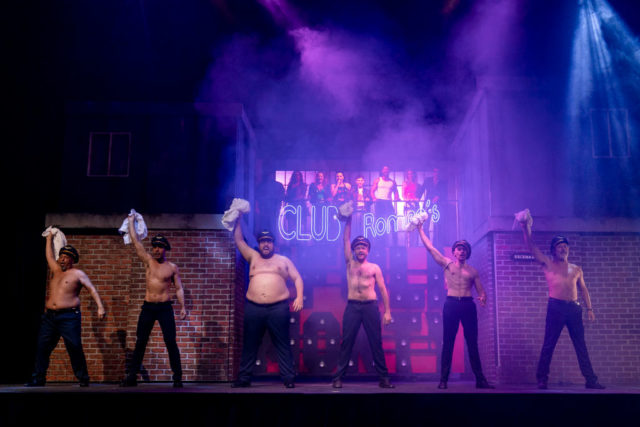 Cast members dance during a performance of the musical ‘Full Monty’ at the Teatro Rialto on October 21, 2021, in Madrid, Spain. (Photo Credit: A. Perez Meca/Europa Press via Getty Images)

Its closest relation is probably Calendar Girls (2003), which focused on the true story of a nude calendar being produced to raise money for charity. In 2019, Peter Cattaneo directed another triumph-over-adversity tale, Military Wives, based on news about a chart-topping all-female choir.

BBC News quotes Simon Beaufoy, who says he’s “chuffed to bits to get all the Monty Men back together again.” The series is to stream on Disney+. Deadline reports that Hulu is showing it in the States, with Star + doing the same in Latin America. 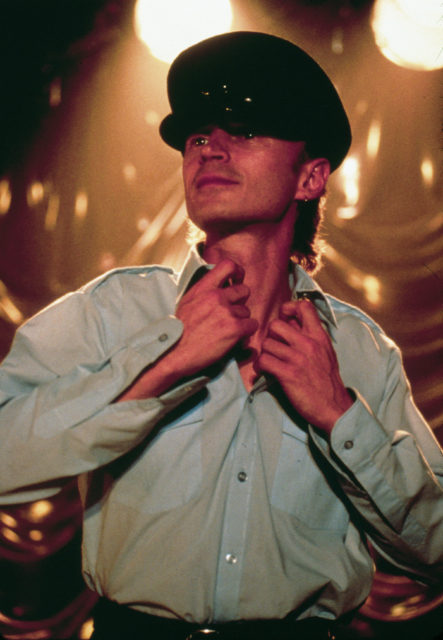 More from us: ‘Something Wicked This Way Comes’ And Other Scary, Lesser Known Disney Movies

How will Disney fans take to this latest development? The streaming service has generated controversy by bringing adult dramas such as Marvel’s The Punisher across from Netflix. Could a group of Englishmen dancing around naked be the final straw? We’ll find out in due course. A release date has yet to be announced.

« From ‘Batman’ to ‘Sleepless in Seattle,’ What Happened to the Stars of ‘Top Gun’?
Revisiting Bruce Willis’s Most Iconic Roles »