Having a hobby is very important. It is essential for people’s well-being that they have a way to decompress and take their minds off all those everyday stressors. However, for nearly 40 years, people throughout America had a very strange hobby, and one that doesn’t sound very relaxing. They loved to watch staged train wrecks. 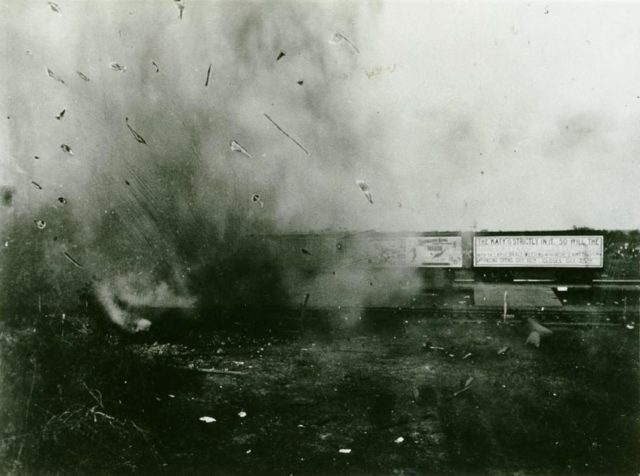 One of the most famous staged train wrecks occurred on September 15, 1896, outside of Waco, Texas. Two locomotives rushed towards each other at full speed. Both boilers exploded on impact, and the wreckage was hurled hundreds of yards in every direction.

At least two spectators died as a result of this crash. Another onlooker had a piece of debris go through their eye. Shards of machinery disfigured numerous other individuals. Yet, the spectators were not deterred by these injuries. In fact, over 40,000 people had turned up to watch this spectacle despite the obvious risk the event posed. 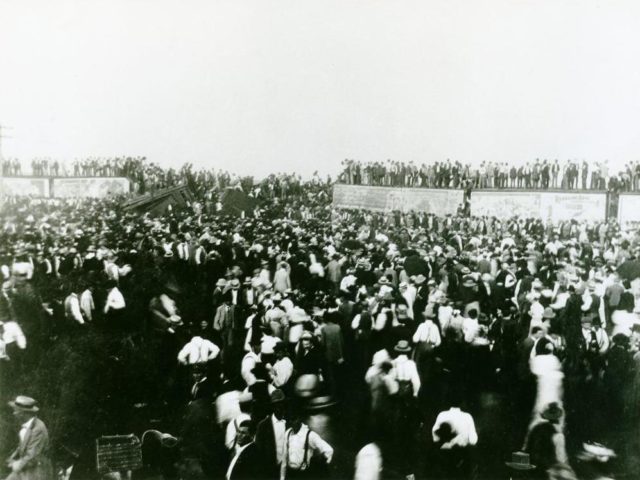 A crowd explores the wreckage of two locomotives after they exploded in a head-on collision, 1896. (Photo Credit: Jervis C. Deane/ Wikimedia Commons via Public Domain)

This September 1896 train crash was spearheaded by a man named William George Crush. Although Crush put on a successful spectacle, he wasn’t the first entrepreneur to attempt such a feat. Earlier in the year, a man named A.L Streeter organized the first live train wreck event. One newspaper had called Streeter’s event “the most realistic and expensive spectacle ever produced for the amusement of an American audience.”

Streeter’s event was so successful that businessmen – including William Crush – quickly scheduled more train accidents. Most of these events would follow a very similar template. Organizers would lay a stretch of track down for the two locomotives. This track would be anywhere from 1,800 feet to a mile long. Two old trains would be put facing each other at either end of the track. 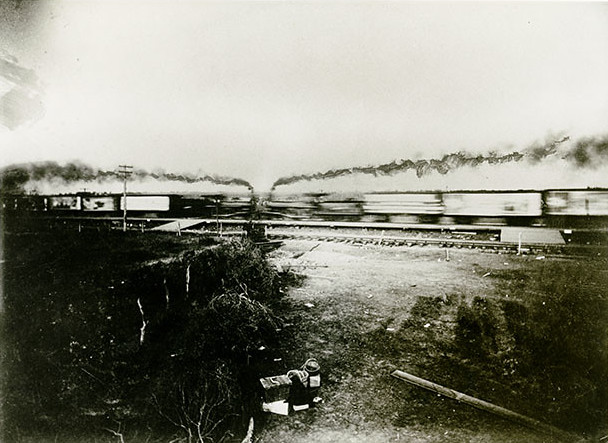 William George Crush is perhaps the best-known train crasher, but many people followed in his footsteps. A man named Joe Connelly organized at least 70 train accidents between 1896 and 1932. During this time, he destroyed more than 146 locomotives, which earned him the nickname ‘Head-On Joe.’

More from us: We’re Glad These Bizarre Sports And Competitions Don’t Exist Anymore

America’s strange fascination with train wrecks began to lose steam (literally) in the 1930s. The decline was mainly due to the Great Depression. People didn’t have the money to pay to see these accidents anymore, and wrecking locomotives was seen as wasteful.

In 1932, Head-On Joe staged his last train wreck at the Iowa State Fair. Supposedly, after his display, Joseph Connolly muttered, “well that’s that,” and walk away. The last staged train wreck for public viewing happened in 1935, although two steam locomotives were destroyed on purpose during the filming of Denver and Rio Grande in 1951.

We must admit that we are relieved that this strange fascination has died out!